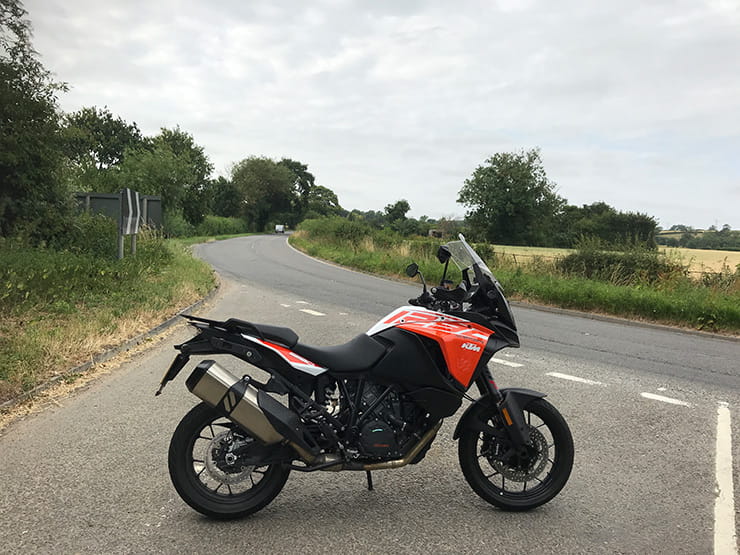 You don’t need to know the detail but the last few weeks have been tough. Sad, family stuff has meant me and the KTM have done 2500 miles swapping Peterborough for Leeds, home for hospital visits, worry for occasional relief and then sadness.

‘Shouldn’t you be taking the train?’ said pretty much everyone. Definitely not. What I’ve needed most is focus, a ride that clears my head, collects my thoughts and takes my mind of what’s just been and what’s to come.

What also helps is a bike that makes a 250-mile round trip on the A1 easy, just about do-able on a single tank of fuel and doesn’t get me nicked in the speed cameras and road works on the way. This month has not been about carving through the twisties, foreign adventures or exploring the limits of a day-glo 160bhp cherry picker. It’s been all about efficient, brilliant, dependable transport. Getting from here to there with zero fuss in the minimum time.

There aren’t many bikes would have done it better. The simple stats are an average time of two hours door to door for the 125-mile trip in rush hour, including the Leeds-to- Doncaster d(r)ead zone. That’s impressive by the way, considering the amount of trucks overtaking trucks. You know the drill; sit in the queue in the outside lane, being good, behaving yourself, until frustration sets in and you ‘filter’ up the inside (is it still filtering if there’s only traffic on your right-hand side?) and nip past. 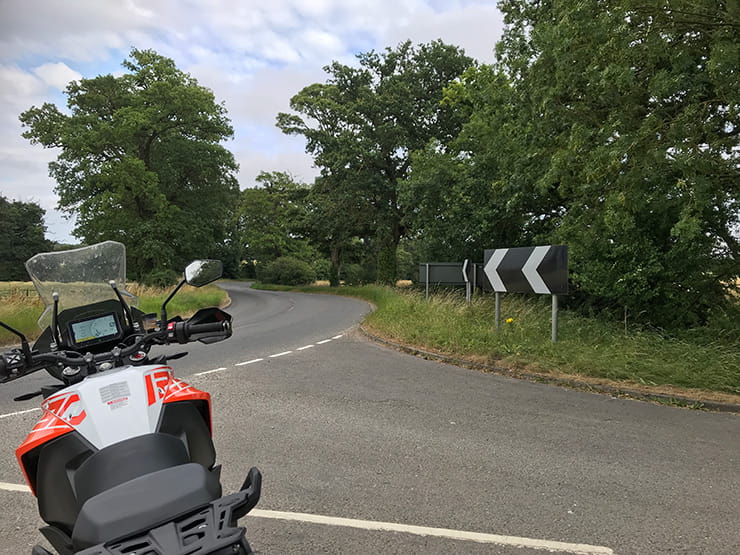 Speed yo-yos between 55mph and 80-ish, helped in the average speed camera sections by the KTM’s simple to use cruise control, which also allows a bit of standing up on the pegs to relieve the arse-ache from the desperately uncomfortable rider’s seat. The pillion perch is better and, with the cruise on you can sit on it with just one finger on the bars. I know the cool kids use cruise as a chance to ride pillion with no hands, but that’s not me and this ride is about getting there, not dicking about.

Fuel consumption is impressive that these speeds, rarely dropping below 55mpg and peaking somewhere just shy of 60mpg.

On the way home tonight, I take the long route through East Yorkshire and Lincolnshire, making the most of the KTM’s excellent cornering headlight system. I’ll check on the theory when I get home, but for now, all that matters is that I can see where I’m going and spot the bits where the loose chippings start. These roads are deserted, but three of them have also been recently re-surfaced and this seems to confuse the semi-active suspension in sport mode. I can’t feel what the wheels are doing, so I drop the suspension into ‘road’ and it starts to give some feedback. Is it too luddite to suggest that I’d prefer conventional suspension right now. In daylight, looking further ahead it might be different. But now, not knowing what’s coming I don’t have confidence in the front end at anything other than feeble lean angles. 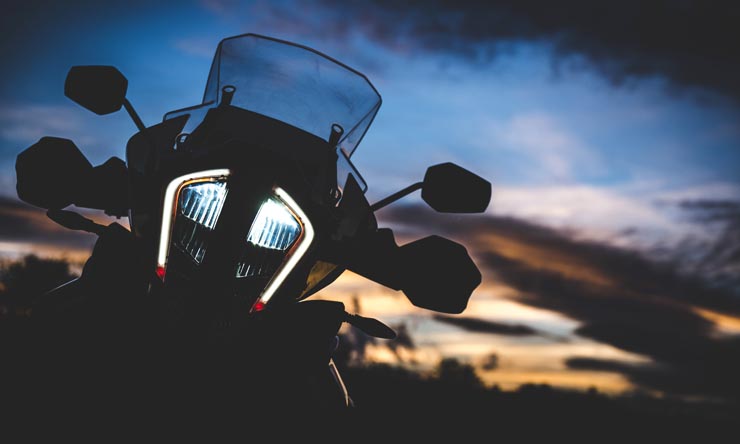 Ok, a reality check. It’s dark, on freshly laid loose chippings and I just did a nine mile stretch in eight minutes. That’s an average speed of 67mph – maybe the bike is actually going much faster than it feels. Maybe the 1290 Adventure really is exceptional.

That might be true, but there’s something still bugging me about this suspension set-up. It’s not consistent (because it’s active – stupid) and I still haven’t got used to the way it delivers feedback. Plus, after 800 punishing miles since I last adjusted the chain, the gear change is getting slappy and that extra chain movement is disrupting the smooth ride and making it even less consistent. My fault, not the bike and a reminder that if you want to get £15k performance out of your £15k bike then you need to keep everything just-so.

I promise to do better, but that’s not helping right now. As the loose chippings clear, the bike comes back to me, speeds rise and everything becomes smoother, easier and more enjoyable.

I’m not complaining. This bike has done everything I needed it to in the last few weeks; either simply transporting me from here to there or allowing me to attack the planet in controlled and focused frustration at something I can’t control.

Motorcycles as Therapy should be a recognised treatment for stress, available on the NHS or at least via a charity like they do with pets.

Thank you KTM and thanks Dad... for everything.

Three things we love about the KTM Super Adventure 1290S 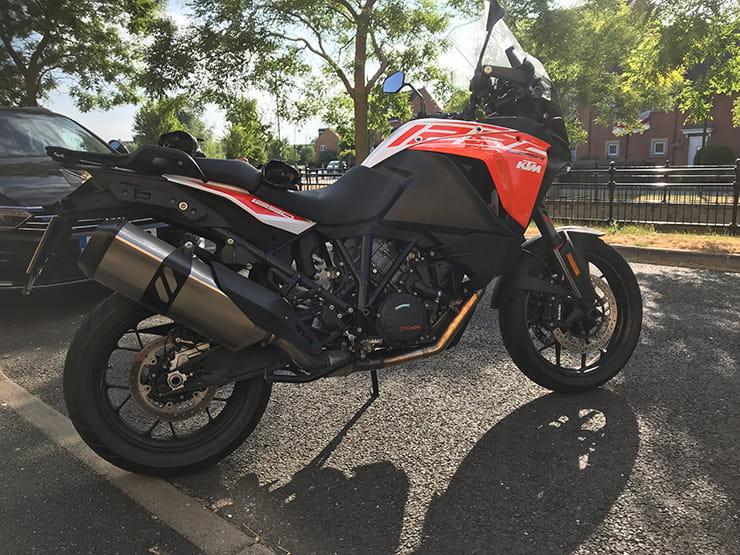