Back in the old days, people used to buy motorcycles because they were a cheap and easy way to get around.

It’s true. In the Sixties and Seventies, bikes weren’t expensive weekend playthings for 40-something blokes, they were everyday transport for people who couldn’t afford cars but didn’t want to take a bus.

For years, the British bike industry has lamented the loss of the day-to-day rider, and while manufacturers draw pretty PowerPoint presentations and industry experts come up with ‘initiatives’ to get Britain biking again, some upstart brands have come along with a novel idea: sell good bikes at low prices, and watch the units fly out the door.

Meet the Lexmoto ZSB, a 125cc roadster that retails for £949 on the road. If you’ve never heard of Lexmoto then surely you will soon, as they have consistently been the third biggest selling brand in the UK this year and have a range of mopeds starting at just £649. 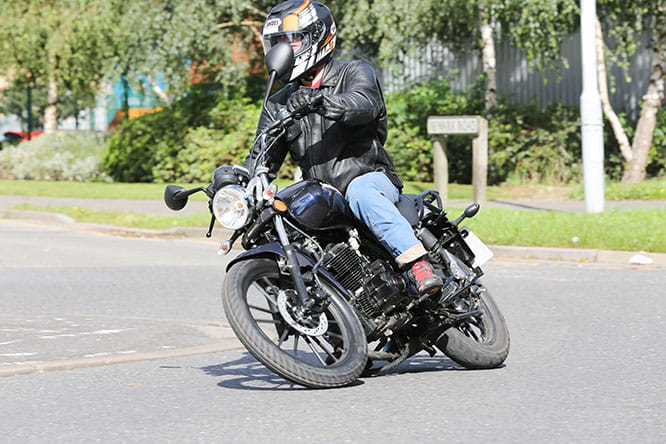 Riding the ZSB is a pleasantly simple experience. The styling is probably not to everyone’s taste but there are some neat touches to admire. Climb aboard and you are greeted by a stylish instrument panel, with an LCD speedo, gear indicator and fuel gauge for your delectation. I like the understated metallic blue paint and while it won’t get your pulse racing, it’s cheaper than a season ticket on the Tube.

It is also a cinch to ride. The comfy low seat means that all but the very shortest riders will be able to get both feet flat on the ground and the handling is light and easy. The suspension is a bit soft and basic, but adequate for solo riding. The same too can be said for the brakes, which lack a little power but are by no stretch of the imagination unsafe. Looking back at my notes, the word ‘capable’ crops here, there and everywhere.

The engine is a basic air-cooled 125cc four-stroke that’s, er, capable. As the Lexmoto features an old-fashioned carburettor set-up, starting requires the rider to engage the manual choke lever, and adjust it gradually it until the bike warms up. Too much choke and the bike runs rich and dies. Too little and it’ll conk out as well. More modern designs do all the calculation work for you and after being pampered by fuel injected bikes for the last decade I found it a little annoying, although after a few days I got used to it. When warm, the engine ticks over nicely and pulls away crisply enough. 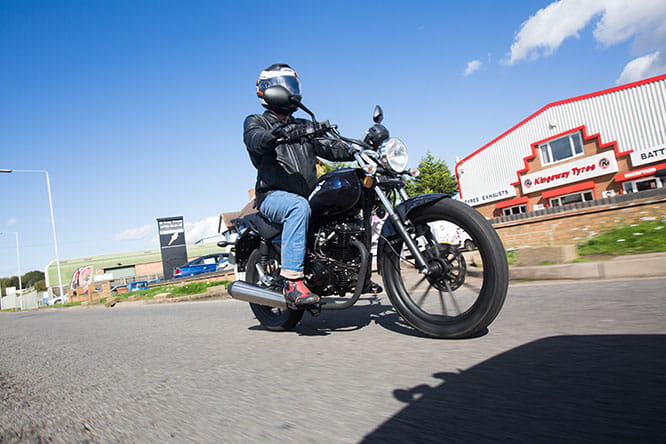 The Lexmoto did display an indicated (but optimistic) 74mph, but a 60mph cruising speed makes it adequate for most kinds of short journeys. My daily commute includes 10 miles of dual carriageway and the ZSB handled it with no worries. It’s cheap to run (£10 of petrol lasted just over 100 miles) and easy to ride. The five-speed gearbox is light and precise, although a sixth cog would be welcomed on the open road, as the bike does get a little buzzy at maximum speed.

Of course, you can’t review a Lexmoto without addressing the elephant in the room. Yes, the ZSB is not just made in China, it is a ‘Chinese bike’. Many riders are sniffy about that sort of thing, regaling in tales from the past, where crude copies of Japanese designs would be imported and then fall apart as soon they hit the road.

Lexmoto are a Devon company that imports bikes from Chinese factories into the UK, marketing them under their own brand. In the case of the ZSB, this has been built by a company called Senke (you can still see their logo on some components), but Lexmoto selects the products that they feel are best for the British market, and which come up to the quality standards expected by our more discerning riders. What that does mean though is that the various Lexmoto models are effectively built by different companies, but sold under the same brand. So what applies for the ZSB does not apply to, for example, the Vixen, which is another 125cc cruiser, but with a completely different engine and cycle parts.

That’s not to say that the ZSB is perfect and it would be remiss of us not to acknowledge that we did have a few problems with our box-fresh example. We had a problem with a sticky throttle, which I was able to fix with my rudimentary mechanical skills, and one of the handlebar end weights fell out after 100 miles. These were both things that I am sure would be fixed quickly and easily under warranty, but which do suggest that there are still a few quality control steps being skipped between the bike being built and it reaching the customer.

That said, Lexmoto are offering proper parts and servicing backup and should be able to shake off one of the major problems with Chinese bikes, that unscrupulous importers would often dump cheap bikes into the market without providing any spare parts for when things went wrong. You can see that things are going in the right direction and that Chinese brands should be a real force to be reckoned with in the small bike market in coming years. 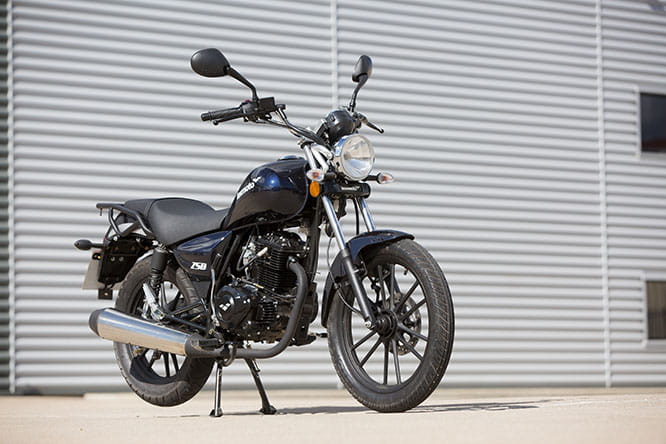 As my fortnight with the ZSB drew to a close, I realized that I had genuinely grown fond of it. Sure, in the context of more modern (and expensive) bikes it is basic, but as a no-frills way to get around there is not much to touch it. It comes with more spec than you’d rightly expect for a sub-£1000 motorcycle. As well as the decent instrumentation, there is both a centre stand and a side stand, as well as a well made rear rack that’s included in the price.

Yes, it has been built to a price and that sometimes comes through, but the one-year warranty means that any of the teething problems should be picked up by the local dealer.

Of course, you just wouldn’t expect such issues with entry level models from the Japanese brands, but in reality these are not really competitors for the Lexmoto. At over two and a half grand, the Honda CB125F and Yamaha YBR125 are in a different league to the Lexmoto. To pick up a YBR for the price of this Lexmoto, you’re going to be looking at an example that’s at least six years old, with the miles and dents to prove it. Personally I’d rather take a punt on a new Lexmoto, with its 12 month warranty, than gamble on the second hand market.

In that context, the Lexmoto begins to look like a very attractive option. It may not be hugely exciting, but as a vehicle to enable personal mobility, the Lexmoto ZSB is not only welcome addition to the British motorcycle market, it might even represent the start of a revolution. 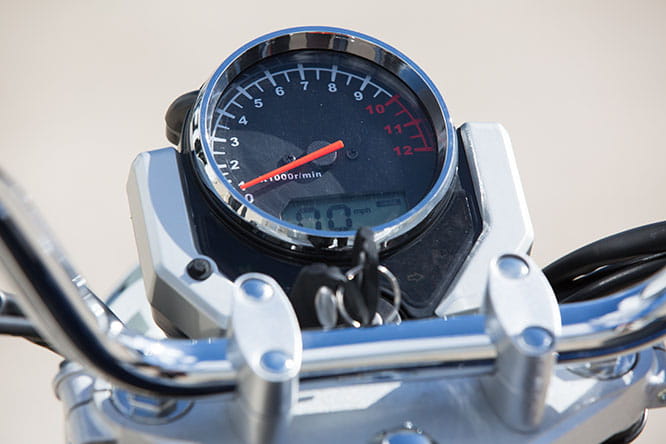 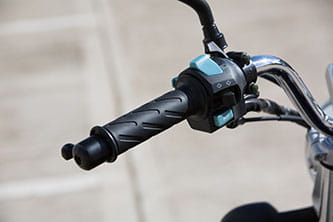 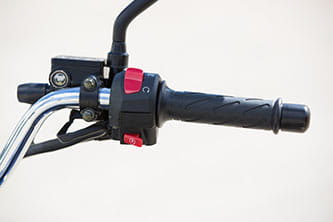 -       Cold running takes some getting used to