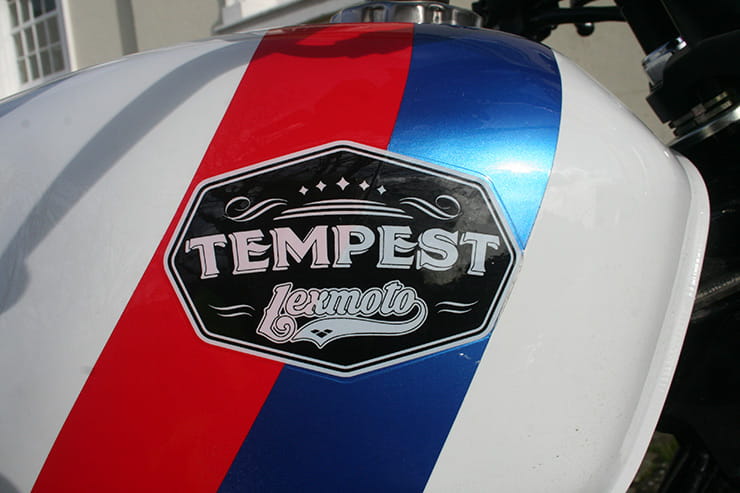 Steve McQueen has a lot to answer for. His image, that fabled leap on the Great Escape and the off-road Triumphs he loved to ride all helped inspire the street scrambler style of the early 1970s. Now it's back, even amongst the 125s, where there's a big choice of little bikes with all the right styling cues, including high pipes, bashplates and/or knobbly tyres. Lexmoto's Tempest is the latest, a simple 125cc geared bike which looks ready to do battle in the desert. 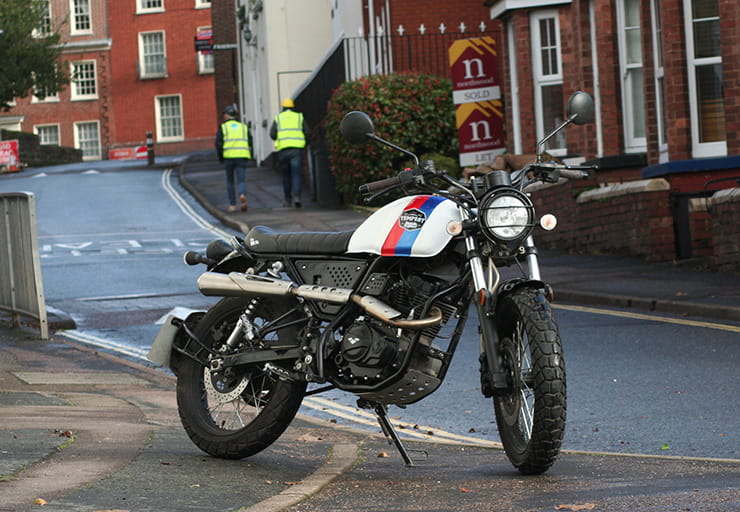 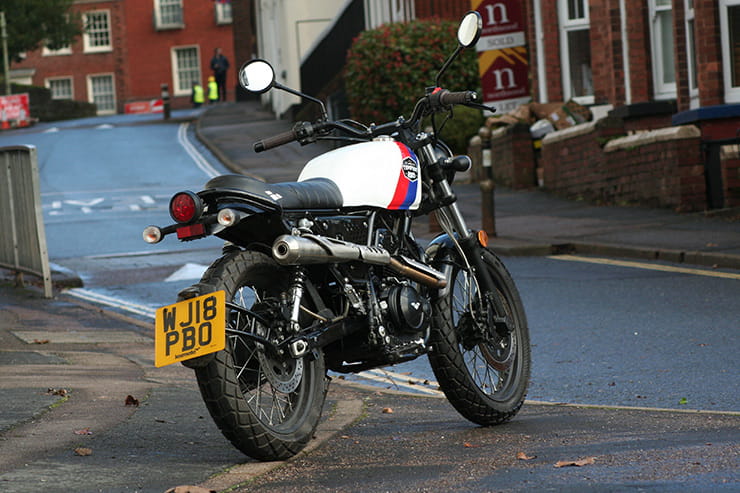 Lexmoto sells more Chinese bikes in Britain than anyone else for a very good reason – they're nearly always the cheapest, and sometimes by a big margin. At £1800, the Tempest is a case in point, and as our rivals chart shows that makes it a good few hundred quid less than its most obvious opponents. It still has a two-year warranty and Lexmoto has a good spread of dealers. 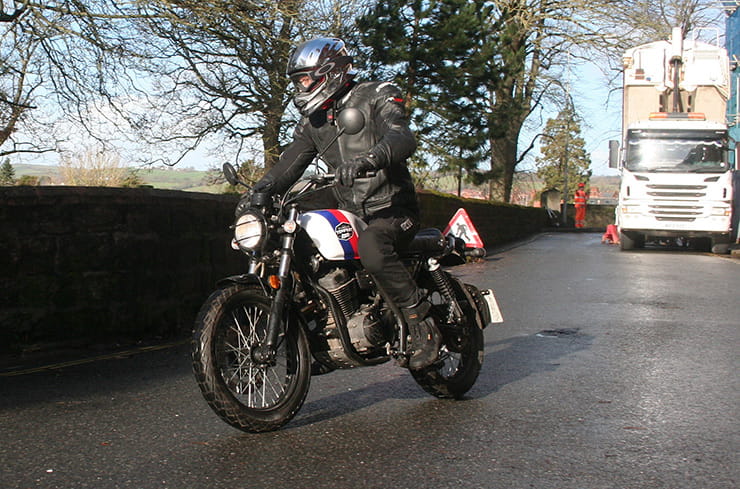 The Tempest is a budget-priced 125 from China, so you wouldn't expect startling power, torque or performance. But by small bike standards, it does the job. Acceleration is plenty for urban traffic, and out of town the little street scrambler will work its way up to an indicated 67mph and hold 60mph without too much trouble. If you insist, the 125cc motor will creep past 10,000rpm, but it's no slower if you change up earlier. In short, the Tempest is quick enough to keep up with HGVs on dual-carriageways, which what you want from a 125. There are some vibes over 8000rpm (about 55mph), but nothing too serious. 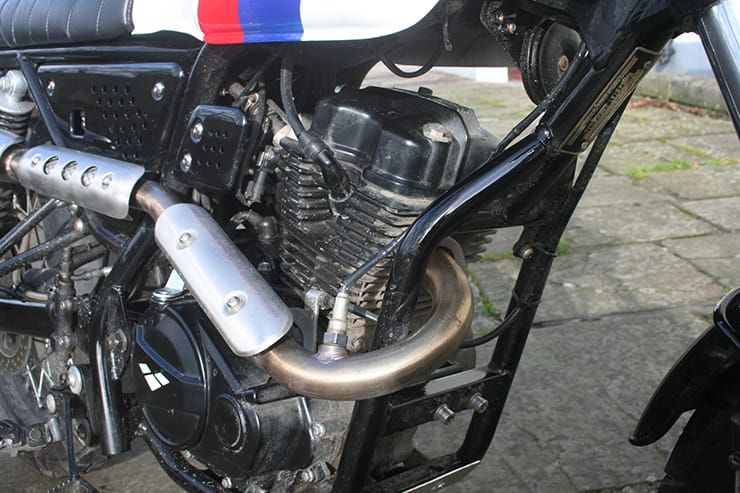 All new 125s took a step change in 2017 to comply with Euro 4 emissions regulations, which meant fitting fuel injection. That apart, the Tempest (and all its rivals) have simple air-cooled overhead cam two-valve motors with roots stretching back to much older Japanese engines. And there's nothing wrong with that, as technology doesn't come much better proven than this, along with the five-speed gearbox. The stainless steel high-level exhaust is a styling feature on the Tempest – it's got a nice blat to it as well. 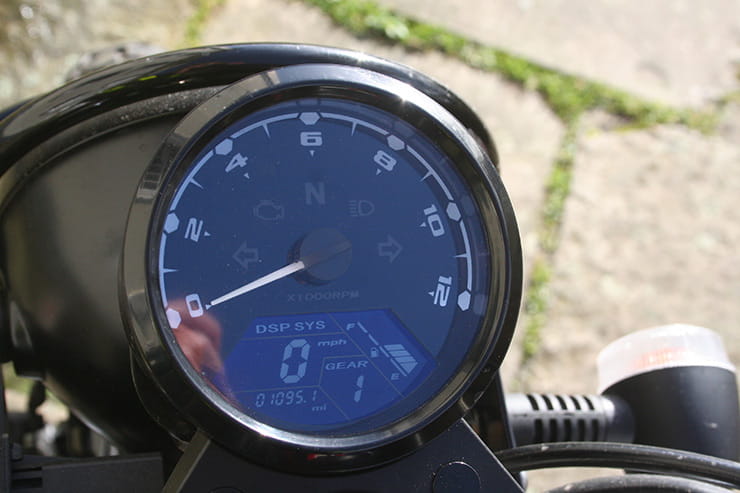 Geared 125s are the most fuel-efficient petrol-powered vehicles on the road, or they can be if treated with a bit of sensitivity. I didn't have time to run a fuel economy test on the Tempest, but 125s in this class can usually manage over 100mpg, and I'd be very surprised if Lexmoto's street scrambler wasn't as good. Lexmoto claims 108mpg on the standard WMTC test (World Motorcycle Test Cycle) – assume 100mpg, and the  13-litre tank should take it 300 miles before refuelling, but less if your wrist is heavy. 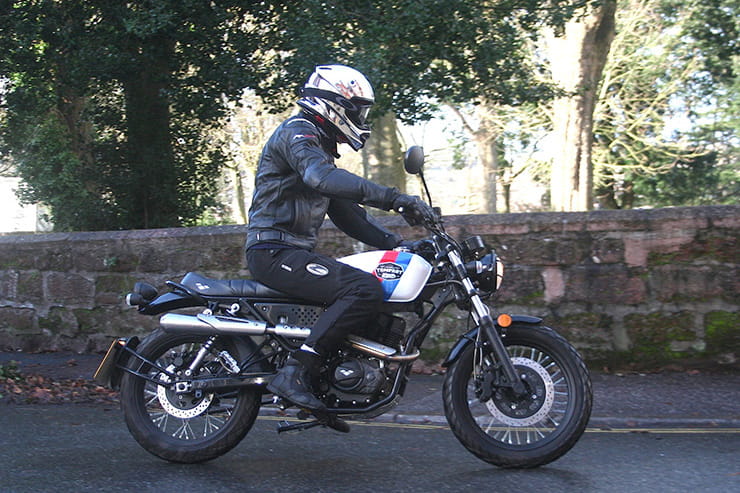 Bikes of this price don't have sophisticated chassis, so the Tempest has non-adjustable front forks while the twin rear shocks come with five-step pre-load adjustment only. But it all works. The Tempest steers well without wallowing (though adding a passenger might change things) and the blocky Timsun tyres gripped well on a mostly streaming wet day. Like all 125s, it's a lightweight at 126kg with fuel and oil on board, so the Tempest manages to make you feel as if you're in charge, not the other way round. It could even manage the odd gravel track, thanks to decent ground clearance. 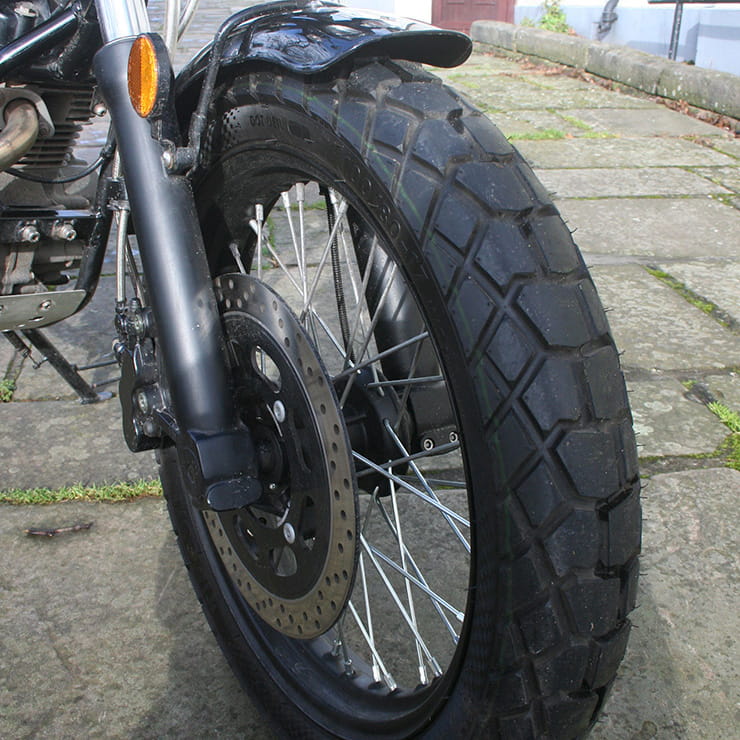 All new 125s have to be equipped with linked brakes now, if they don't have ABS, and the Tempest follows the usual pattern of having the brake pedal operate front and rear discs together, with the lever controlling the front only. They are firm, powerful and controllable, with braided hoses as a nice touch. 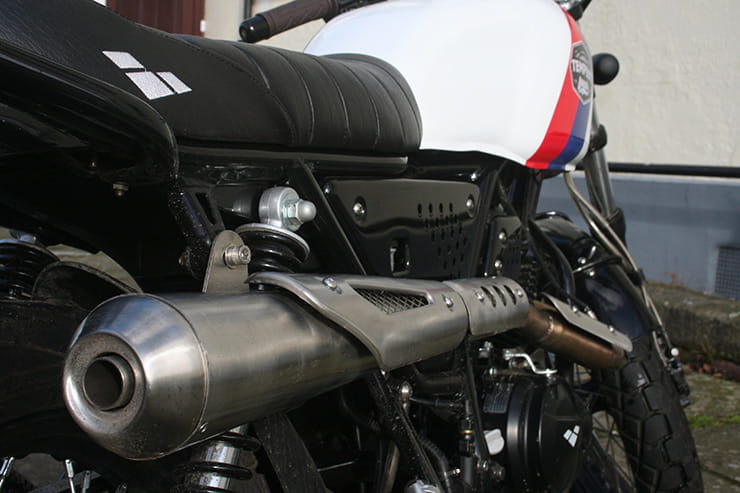 Does comfort matter on a bike like this? Of course it does! The widish, lowish bars give quite an aggressive riding stance, but not the sort of thing which puts a lot of weight on your wrists. The quilted seat looks comfy, but feels hard the first time you sit on it – this isn't a bike for distance.

Instrumentation looks minimal, but the analogue rev counter includes a small digital section with speedometer, fuel gauge, mileometer and gear indicator squeezed in – despite the size, it's all quite easy to read. There's a USB point by the headlight for recharging devices, but that's about it for equipment. 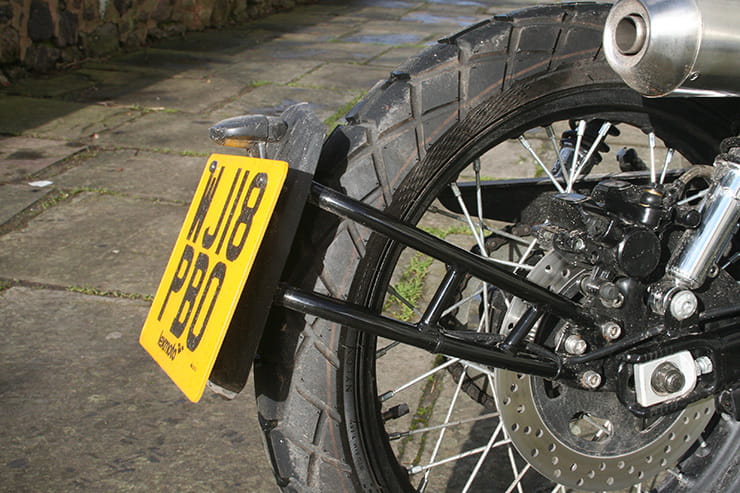 This is really what the Tempest is all about. Think of a Triumph Bonneville or Ducati Scrambler – the little Lexmoto has all the same touches. As well as the high-level pipe and blocky tyres, there's a bashplate, wide braced bars, headlight protector, humped seat, short mudguards...the lot. Either you'll dismiss it as window dressing, or love it.

Underneath this ruff-tuff exterior is a basic, budget-priced 125, but I still found myself liking the Tempest. It does all the things a basic 125 should, but adds a good dollop of attitude to the mix. Good value too.