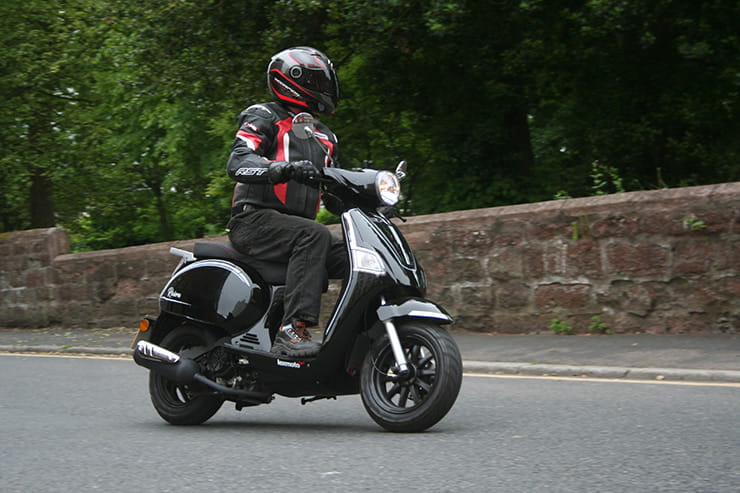 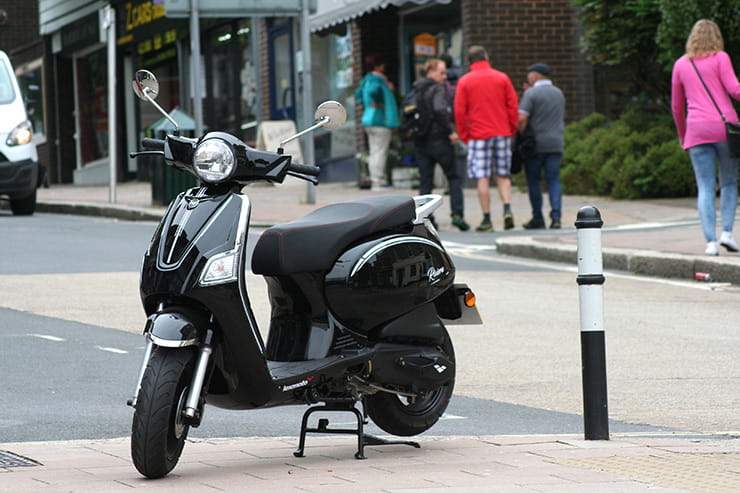 Surely one 125cc scooter is very like another, especially at the budget end? Not necessarily. Take two superficially similar offerings from Lexmoto – the Riviera and Valetta. Both cost £1499.99 (OK, £1500). Both are powered by simple air-cooled motors mated to twist 'n go transmissions. Neither has much in the way of high tech gizmos. But they are different. Where the Valetta is cheerful, the Riviera is more sombre, and slightly bigger with a little more performance. 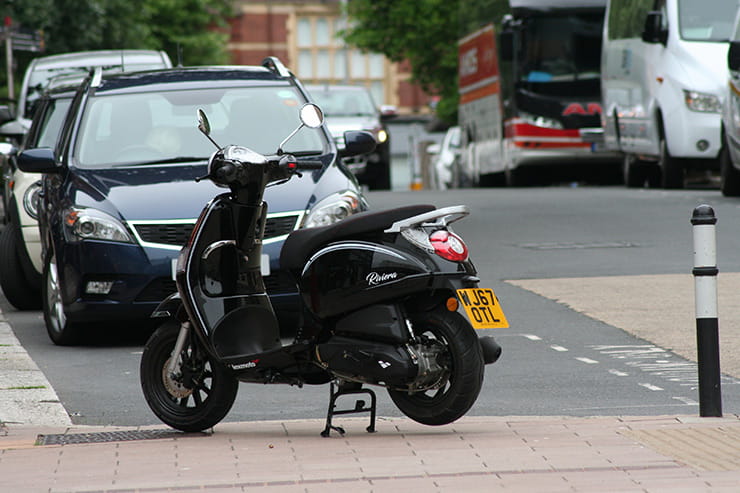 You can't argue with the price – sub-£1500 makes this one of the cheapest new 125cc scooters on the market, apart from one or two from Lexmoto's own range. And that's with the latest Euro 4 spec which includes fuel injection and linked brakes. This is budget level scootering for little more than some would spend on a fortnight's holiday.

We mentioned that Riviera has more power than its Valetta stablemate, but let's not get carried away. In bald figures, the Riviera makes just 8.5bhp at 7500rpm and 6.8 lb ft at 5750rpm, so it's in no danger of worrying the A1 class limit of 14.6bhp. Fortunately the Lexmoto only weighs 110kg, so the modest power and torque do get a fighting chance, keeping up with city traffic away from red lights. It's reasonably quick up to around 40mph, when acceleration tales off, but will creep up to an indicated sixty and cruise happily at 55mph. So like any 125, it'll cope with 40 or even 50 limits, but anything more is out of its reach. 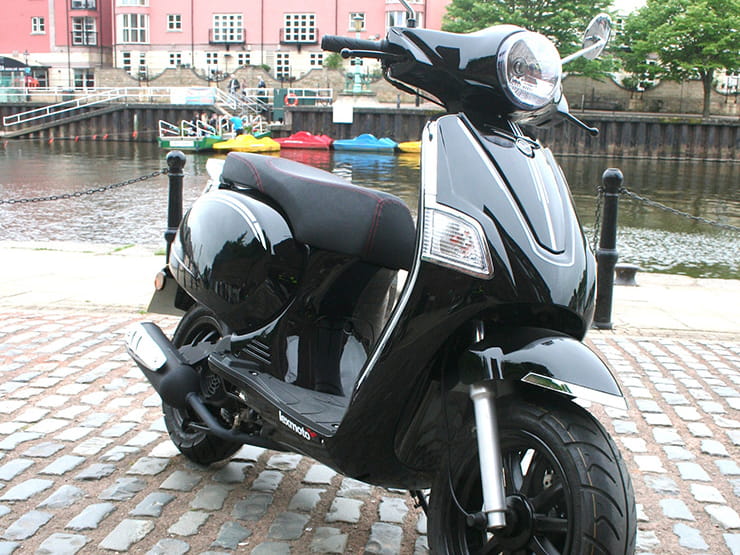 The Euro 4 spec which was brought in for A1 class bikes and scooters last year insisted on fuel injection, so that's what the Riviera has, though it's there to cut emissions rather than boost power. The engine itself reflects the price of the scoot, a simple two-valve single with forced-air cooling. Despite which, it's extremely smooth and quiet – I was briefly fooled into thinking it must be water-cooled. As usual on a scooter, the engine drives through a simple but effective CVT auto transmission, which uses expanding pulleys to give an infinite number of ratios.

No official economy figures are quoted for the Riviera, but I'd be very surprised if it didn't return a typical 90-100mpg. For ultimate economy, you need to go for one of the geared 125s which can easily broach 100mpg. The tank holds 6.8 litres, which at 95mpg equates to over 130 miles. That's a week's commuting for most, filling up for less than a tenner. 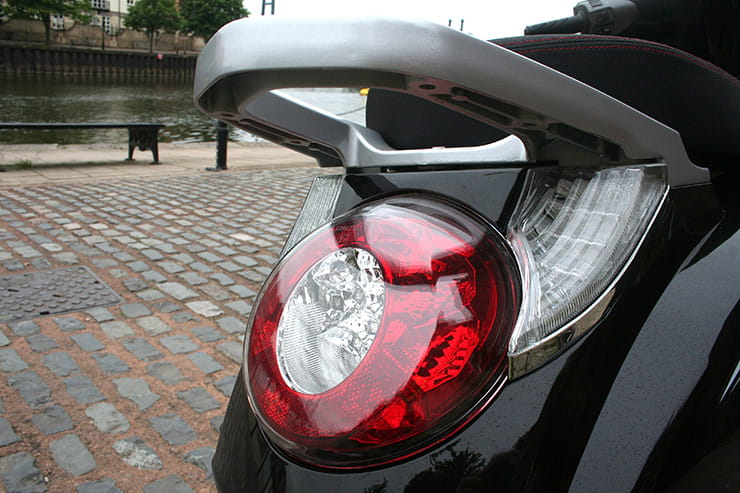 Scooters, by definition, should be easy to just hop on and ride, asking very little of the rider. And the Riviera delivers. Power delivery is smooth and linear, and the scooter is slim for easy filtering past queues. The low weight helps, making it easy to slip through gaps if the traffic gets really gridlocked. At speed, the limitations of 12-inch wheels and budget suspension do show up over potholes and manhole covers, but the Riviera handles pretty well while the CST tyres are nicely grippy.

The days are gone when budget scooters could make do with non-linked brakes, one of which was a drum. The Riviera has the now standard set up of single discs front and rear, with the left-hand lever operating both, the right-hand controlling the front only. You soon get used to using just one lever for all braking, and the Riviera's set-up is strong and well balanced, with no premature lock-up. 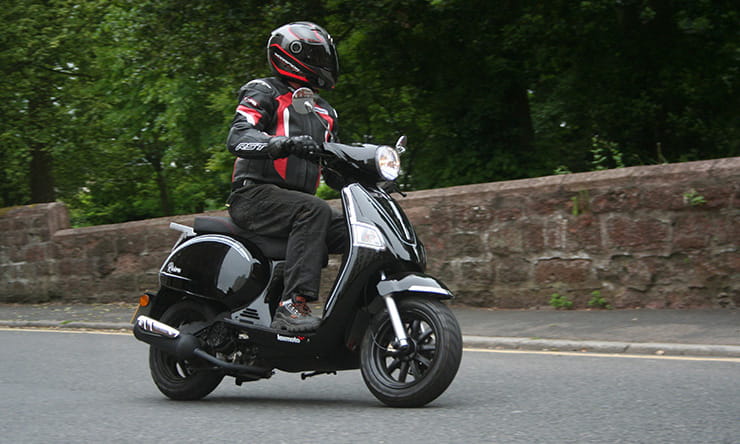 Comfort isn't just about a plush seat – you need space to move about as well, and the Riviera does have slightly more wriggle room than some rivals, which is well worth considering if you're a six-footer. The seat itself is very comfy and looks big enough for two, though pillions get pieces of moulded plastic to rest their feet on, rather than proper pegs. There's no screen, which would be a must for winter commuting of more than a few miles. 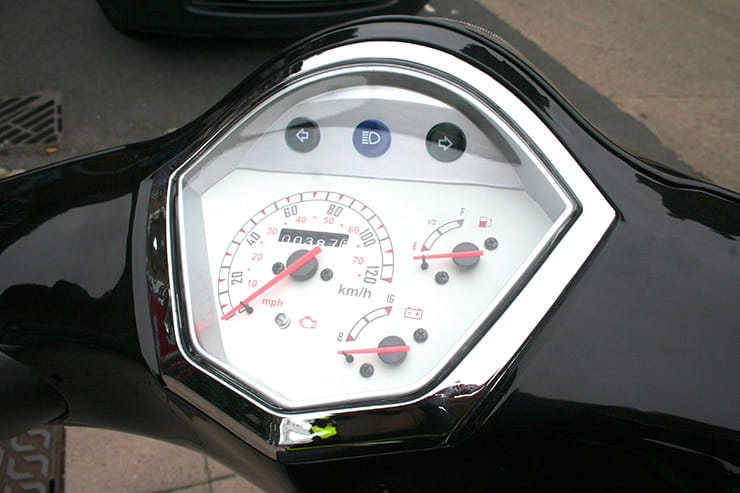 At this price, don't expect much in the way of equipment. You'll need to pay extra for a topbox and screen, though the Riviera does come with alloy wheels. The dash is all analogue and therefore nicely retro, with a battery voltmeter as well as the usual fuel gauge and speedo – no tripmeter though. This being a scooter, there's luggage room under the seat (though it wasn't big enough for my full-face Schuberth lid) plus a little lockable cubby up front and the floor is flat enough for shopping bags, but no loose tins of beans please. 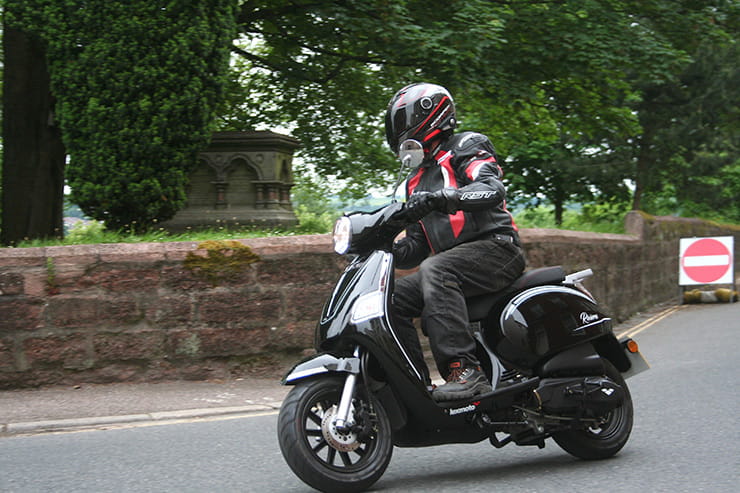 If you know your older scooters, you'll detect some Lambretta influence in the Riviera's styling rather than the more rounded Vespa. It works well and looks good, also more restrained than a lot of the cheaper scooters, whether in black or the alternative pale blue.

The Riviera is great value for money and presents a slightly more upmarket feel and look to other budget scooters. With a maximum £1500 to spend on a new scoot, it would be our choice.

Three things I loved about the Lexmoto Riviera…