If you're 17-18 (and if you're not, just try thinking back) a 125cc sports bike is a tempting prospect. The latest GSX-R and YZF-R125s are sophisticated little sportsters with sharp looks, fuel injection, liquid-cooling and the max permitted power (15PS) for an A1 licence. What's not to like? 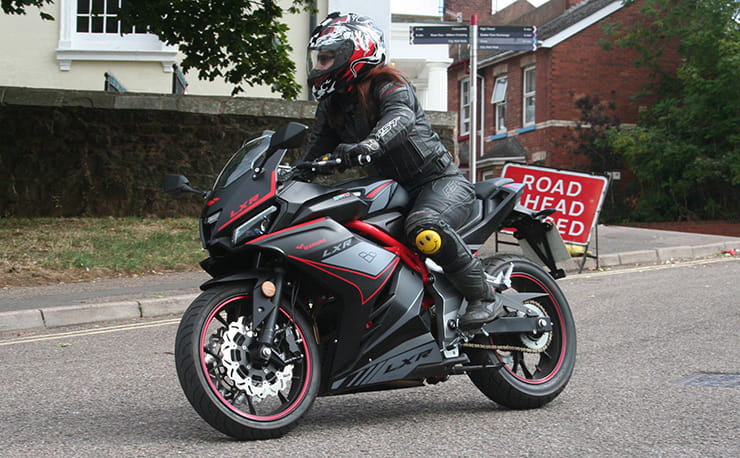 The trouble is, those mini-sophisticates from Suzuki and Yamaha cost over £4000 – you've got to have a well planned finance package or the Bank of Mum and Dad to pay for the thing. Lexmoto's LXR 125 on the other hand has the same sports bike looks, some of the spec (though not quite as much) and costs just £2199. Is it the bargain it seems? 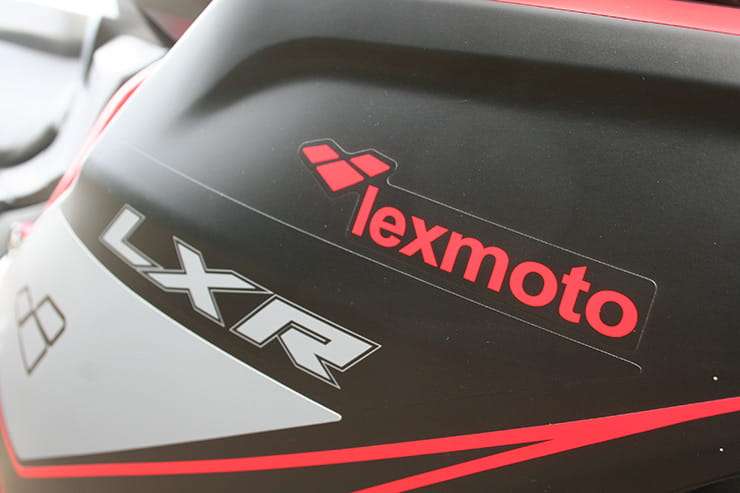 If you thought all 125cc motors were much the same, think again. They range from bargain-basement air-cooled two-valve jobs making about 7bhp, to four-valve jewels with more than twice the power. With 11.7bhp, the LXR comes well up the pecking order. At 167kg, the bike is no lightweight by 125 standards, but makes the most of its power, with quite brisk acceleration up to 50mph or so, eventually climbing to an indicated 70-75mph, with easy 60-65mph cruising. That's good going for a 125, and makes the LXR quick enough for fast A roads and even the odd motorway. The engine is eager to rev, pulling from around 3000rpm up to just over 10,000, though it's just as quick if you change up at 7-8000.

The LXR borrows its engine from Lexmoto's more upmarket UM range, which in this case means a liquid-cooled two-valve SOHC single with the obligatory fuel injection. There are some background vibes throughout, but you can forgive that for the performance, and mechanical noise is very low. Gearbox is five-speed, not the six you'll find on those top-spec rivals. 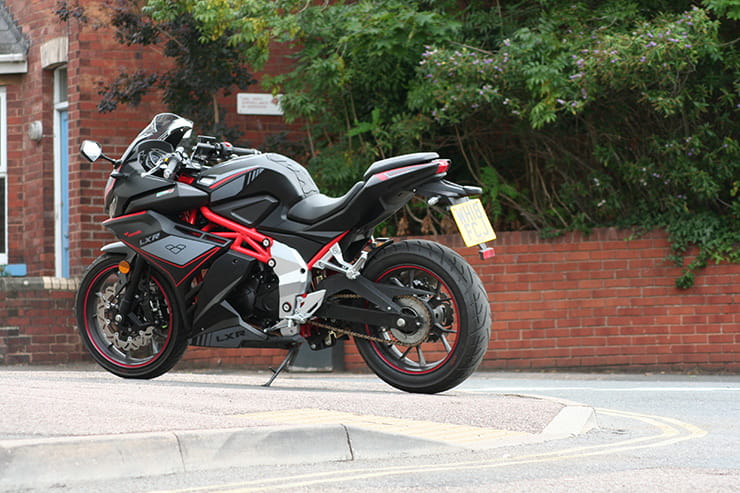 We didn't have time to get fuel economy figures, but these geared 125s – even the little sports bikes – can be very frugal indeed, with 90-100mpg possible in typical urban/rural mixed riding. There's no reason to expect the LXR will be any different, and the big 13.5 litre tank means you can do a lot of urban riding without filling up. 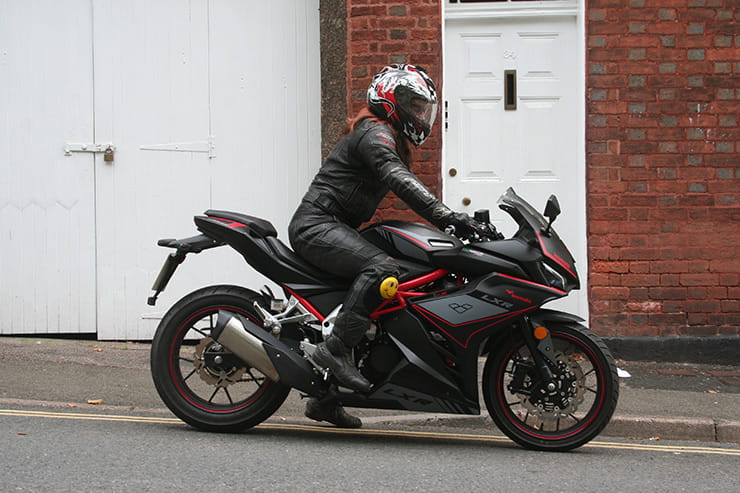 If the LXR looks more imposing than the average 125, there's a good reason. The Chinese factory also offers it as a 300, with the same chassis, and (you heard it here first) there's a chance Lexmoto will bring the bigger version into the UK. Anyway, that's why it weighs 167kg (33 kilos more than a GSX-R125) and feels so substantial. It might lose out slightly on performance, but the result feels confidence inspiring on twistier tarmac, with quick steering and supple suspension – the rear shock is pre-load adjustable, but that's all there is to play with. The test bike did wander at low speeds, but that could have been down to tight steering head bearings. Magsport tubeless tyres, with a big 150-section on the back, hold on well. 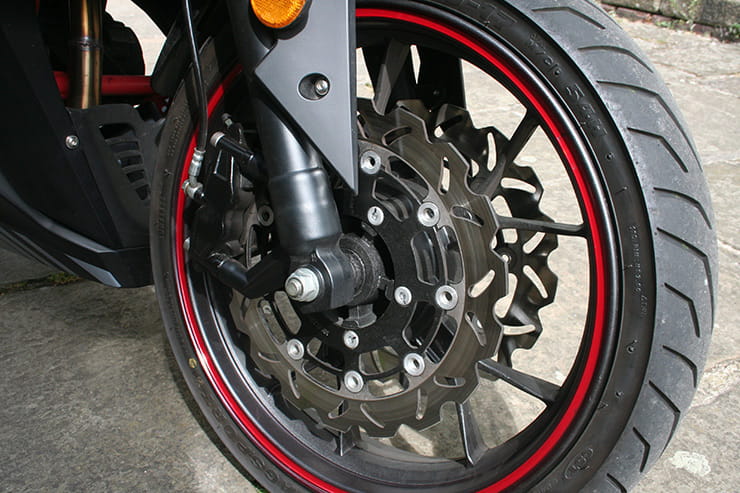 All new 125s now have to have ABS or linked brakes, and guess which is the cheaper option? Pressing the LXR's brake pedal brings the rear disc and front left-hand disc into play together, while the lever operates the right-hand front disc only. Either way delivers powerful enough braking for the performance, with no sign of early lock up on the linked system. 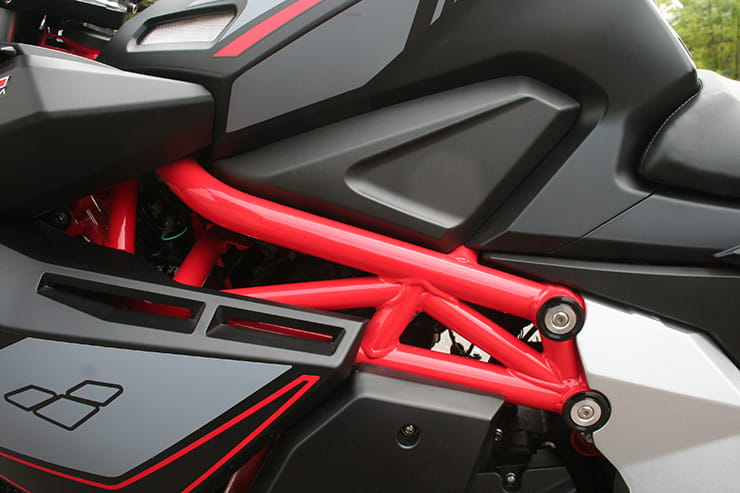 For a sports bike, the LXR is pretty comfy. It's big enough not to feel as if you're squeezed into a sporting crouch and the bars are moderately low – my wrists did start to ache after half an hour in town, but then I am slightly over the LXR's intended demographic. The seat is good, but I'm not sure how pillions would fare – they get moulded plastic to hang on to rather than a proper grabrail.

The LXR doesn't have a huge amount of equipment – it's fair to say that much of the budget has gone into that liquid-cooled engine and the styling. But you do get a nice digital/analogue dash and that three-disc braking system. 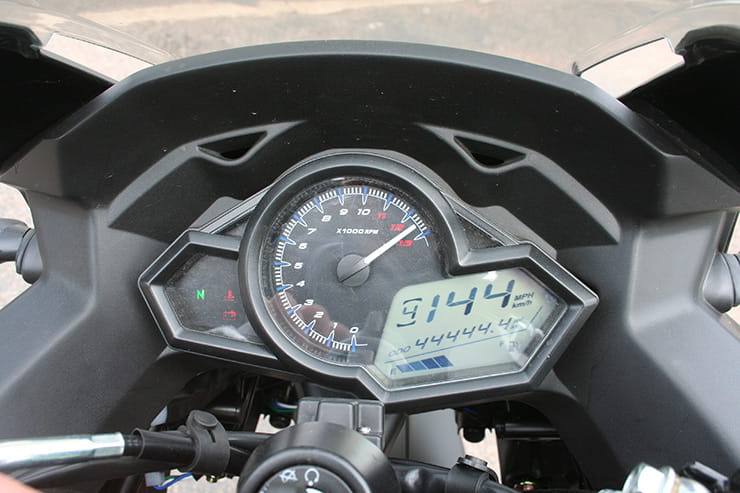 This is bang-on. The LXR looks like a serious little sports bike, and being based on a 300 it has more presence than a pure 125. Sure, it does rely on a few fake grilles and intakes to liven things up, but the trellis frame and sharp looking bodywork send all the right messages.

Lexmoto's flagship makes for a viable 125cc sports bike. It's not quite as powerful, quick or sophisticated as the big name rivals, but it's much, much cheaper. The choice is one of these new, or a 2-3-year old GSX-R, YZF-R or CBR. 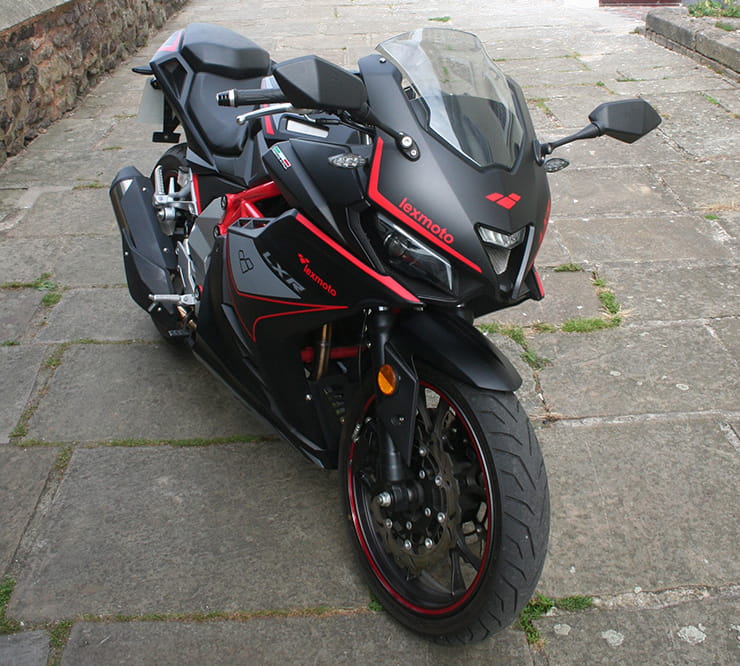 Three things I loved about the Lexmoto LXR…

• Less badge appeal than some