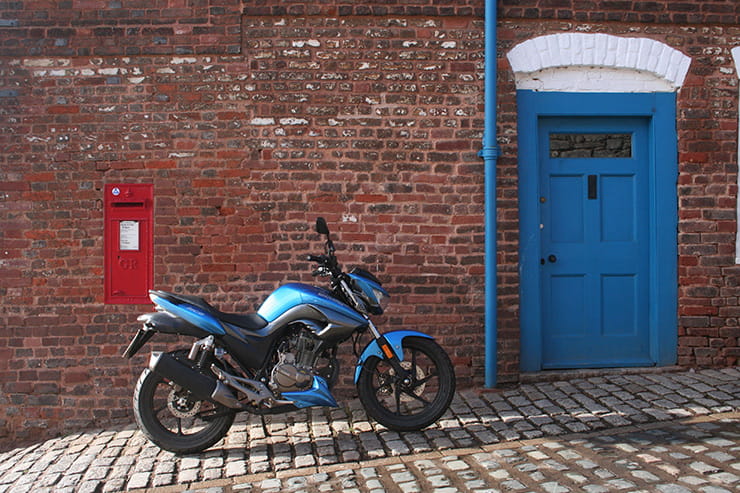 Lexmoto is king of the budget 125s, certainly in terms of sales. The Exeter-based importer sells more Chinese bikes and scooters in the UK than anyone else, basing their appeal on low price, a good spread of dealers and a two-year warranty. You could add constant flow of new models, because they do unveil something new every year, though all based on the same basic 125cc theme. The Isca is the latest, one of the cheaper geared bikes in the range at £1500, and aimed fair and square at commuters. 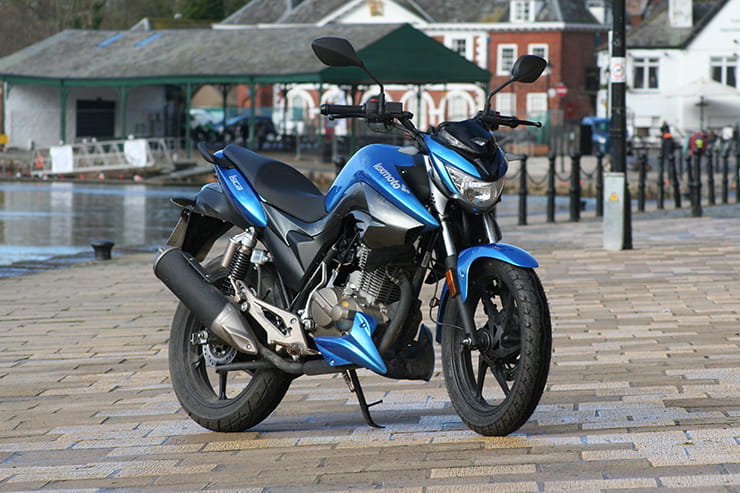 The Isca is not quite the cheapest geared 125 on the market, but almost – Lexmoto's own Aquarius is £100 less, but everything else costs more, and as mentioned above you still get a two-year warranty. Closest in price are the Keeway RKS and Zontes Javelin – everything else is north of £2000. Just for comparison, Honda's CB125F comes in at £2848. And if you were wondering about the name, 'Isca' was what the Romans called Exeter. 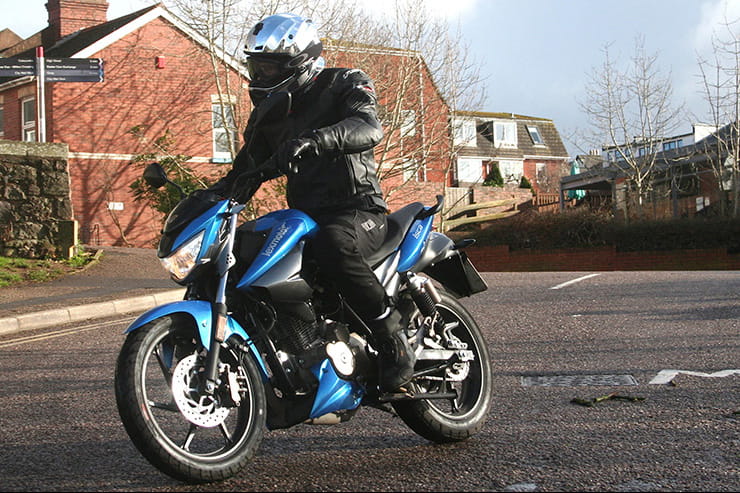 Budget 125s have a modest bar when it comes to performance – they need to keep up with urban traffic up to 40 and 50mph limits, and hold their own against HGVs on dual-carriageways. The Isca does all of that. It gets away quickly enough from red lights and keeps pace with the occasional mayhem of the urban jungle – the motor will rev round to the 10,000rpm red line if you insist, but it makes more sense to change up earlier and make progress just as quickly. It's also very tractable, happy to trickle along at 20mph in top gear, though don't expect a stunning top-gear roll on from that speed. Out on the open road, Lexmoto's latest will hold an indicated 60mph on the flat and up slight inclines, which is just enough to keep pace with 56mph HGVs – you don't want one of those breathing down your neck at fifty-five. 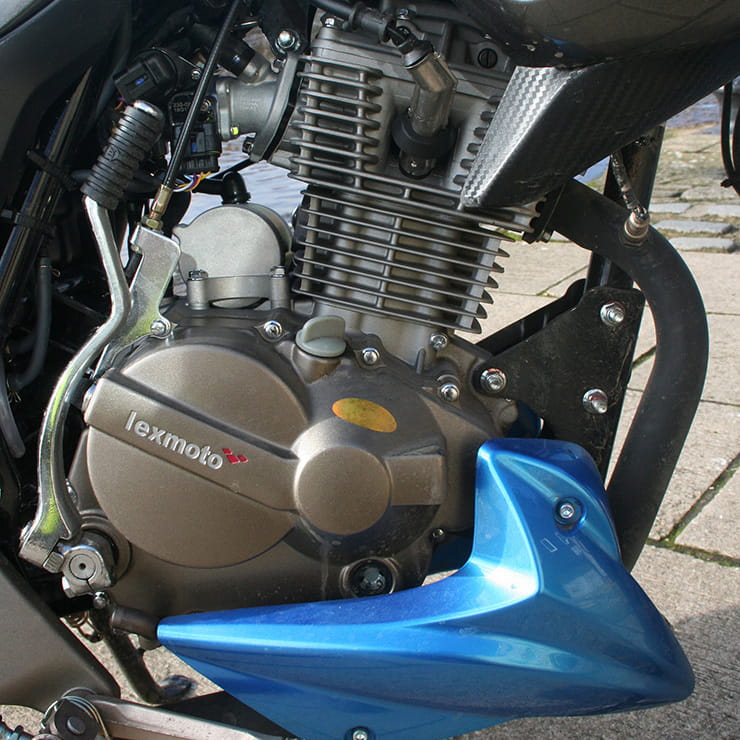 Forget the more sophisticated four-valve 125s. At this price you get two valves for the single cylinder, air-cooling and a basic design stretching back decades, though the Isca does have a balance shaft. It also has fuel injection, but that's to cut emissions to meet Euro 4 limits rather than boost power. Still, the point is that the Isca's 10.4bhp and 6.6lb ft are just about average for class. As is the five-speed gearbox (no six-speeds in this bargain basement class).

Now here's a thing. Lexmoto claims the Isca will give you 128mpg, based on the standard WMTC (World Motorcycle Test Cycle) test. If official figures are any guide, the Honda CB125F is even more frugal, at 151mpg. But the Isca does have a trump card in its generous 16-litre fuel tank, which by 125 standards is in Goldwing territory. Assuming that 128mpg is attainable that's a theoretical range of 450 miles! Enough for commuting anyway. 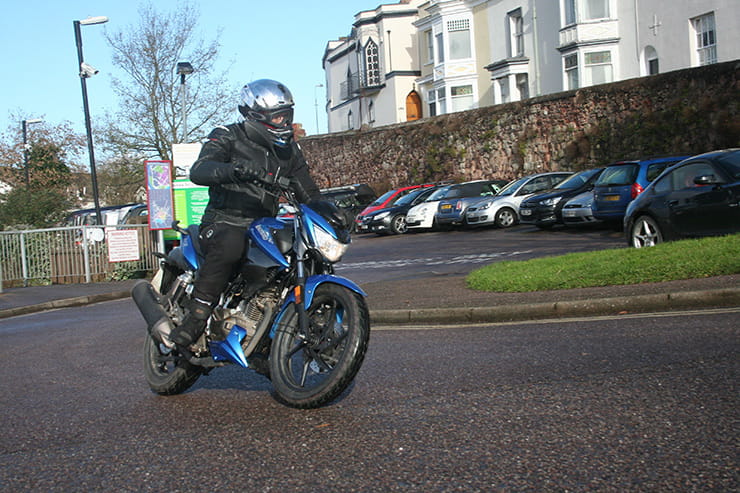 The Isca handles surprisingly well, given its budget chassis – the forks aren't adjustable, but the pre-load on the twin shocks has castellated adjusters, which allow finer alterations than the five steps you normally find on these 125s. The result, with nice wide bars and decent CST tyres which did their job on a very wet day, is a feeling of security and confidence, just right for a commuter. At 130kg the Isca is a few kilos lighter than some rivals as well, which is always a bonus and also helps while filtering to the front of red light queues. 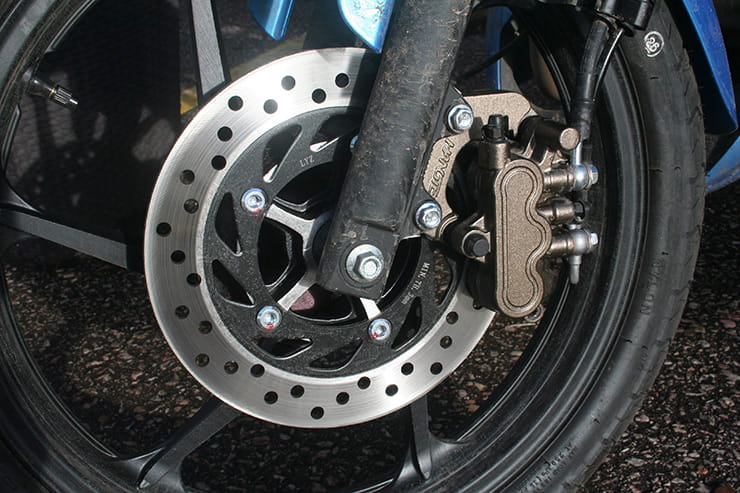 Post-2017 125s have to offer linked brakes (or ABS), part of the Euro 4 spec, so on the Isca both discs are operated by the pedal, while the lever operates the front only. The pedal is quite soft and long travel, and I found myself backing it up with the lever a few times. Do that, and they're good enough, but they don't feel as positive as the brakes on Lexmoto's own Tempest street scrambler.

Nobody wants to ride to work (or more to the point, home from work after a long day) on an uncomfortable bike, and the Isca delivers with a relaxed, upright riding position with enough space between seat and pegs. The seat felt great when I first sat on it, but it's one of those with a very slight slope, which pushes you forward into the tank over time – a shame when this is otherwise a comfy little machine. 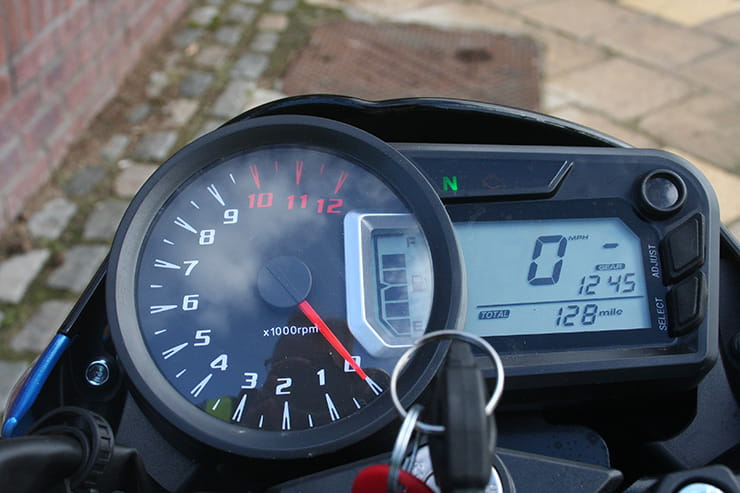 You don't get much in the way of equipment on a budget 125, but the Isca does have a couple of items. The hazard warning lights might be useful one day, but far more relevant is that there's room enough under the lockable seat for an oversuit and your lunch (as long as it doesn't run to three courses) – that's a real bonus on a geared 125 – and a topbox would easy to fit. Instruments include a clock and gear indicator as well as the usual rev counter, speedo and fuel gauge. 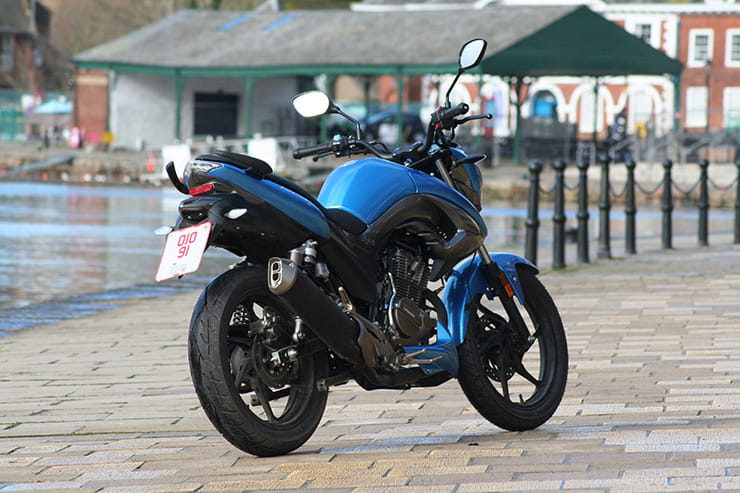 The Isca doesn't look the part of a budget 125, which meant is a compliment. The shape of the headlight and fuel tank extensions put me in mind of a Suzuki GSR from a few years back, and that's probably the idea. It's all fairly anonymous but very smart – nice metallic blue as well. 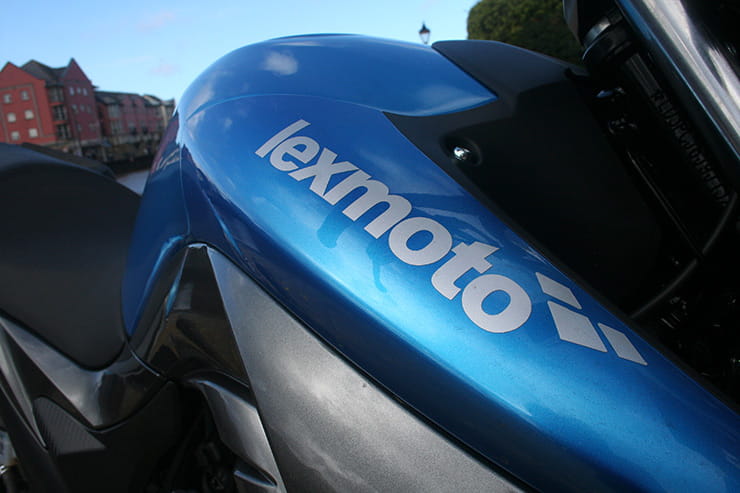 The Isca is a mildly updated version of the age-old geared 125 commuter, and it does everything it needs to, along with updates such as the linked brakes and fuel injection. It's excellent value for money and should costs peanuts to run. Just one thing puzzles me, given the Isca's potential 450-mile range. If they had to give it a Latin name, why not make it the 'Sempiternis'? Which translates as...'long lasting.'

Three things I loved about the Lexmoto Isca…