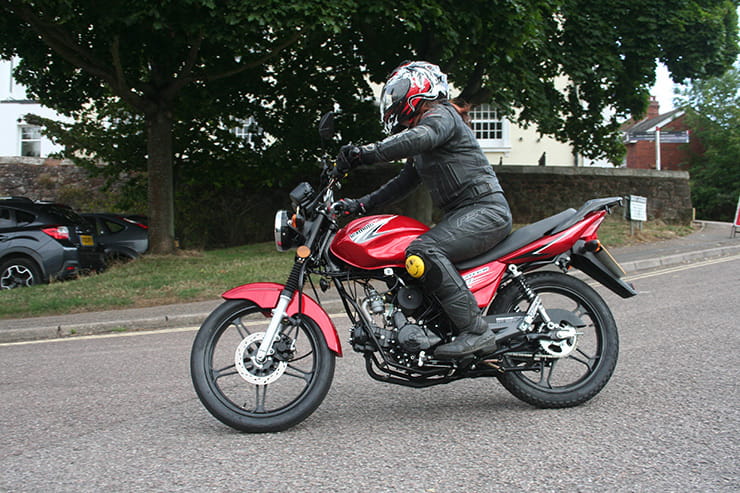 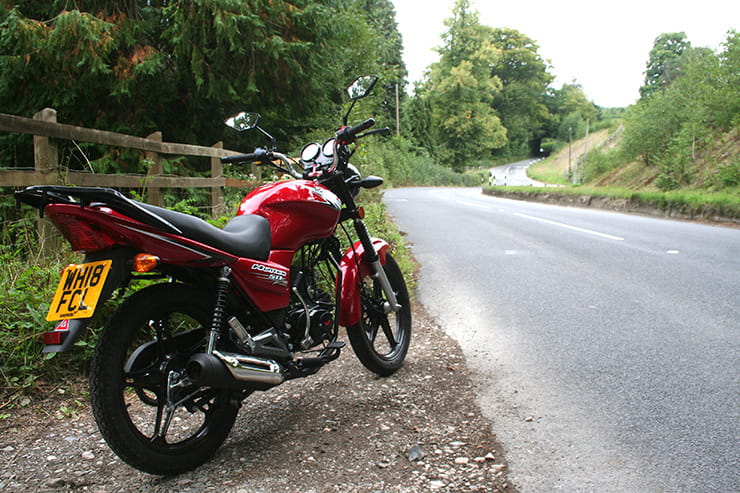 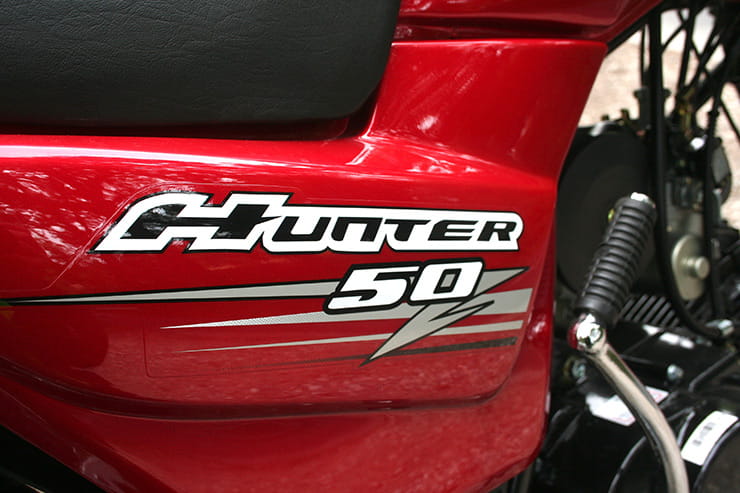 Geared 50cc mopeds make up a tiny proportion of the motorcycle market. But if you're sixteen and would rather walk 100 miles than ride a scooter, then they are an option. Geared 50s look just like full-size bikes, but they are restricted to 28mph, just like the scooters, so don't expect motorcycle performance. Reiju and Aprilia offer cool looking 50cc supermotos, while the retro Mash Roadstar 50 is as likely to appeal to 50-somethings as sixteeners. Lexmoto's Hunter is the budget option. 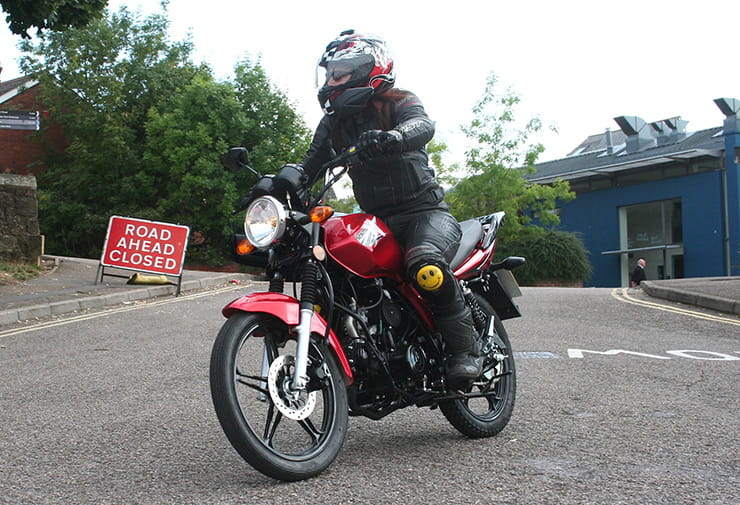 At £1100, the Hunter is by far the cheapest geared 50 you can buy, which is in the Lexmoto tradition of undercutting just about everyone else. If you're really on a budget, it is possible to save a bit more by buying a 50cc scooter, but that's not really the point.

Right then, power hounds, brace yourselves, because the Hunter musters just 2.9bhp at 8500rpm and 1.9lb ft. That's what you'd expect from a moped, but it's still not a lot. Either way, acceleration is feeble, probably slower than that of a 50cc scooter because the engine has to claw its way up through the rev range after every gear shift. Getting away from red lights in heavy traffic can be a fraught experience, and I thought twice about filtering – on a 125, you can nip to the front of the queue and be away when the lights change, but not on this.

Just for the hell of it, I rode the Hunter on a 50-mile round trip from Lexmoto's Exeter base to the top of Dartmoor and back. We were down to first gear and 12mph on the steepest hills, but the little 50 did barrel down the other side at an indicated 45! Exciting stuff. 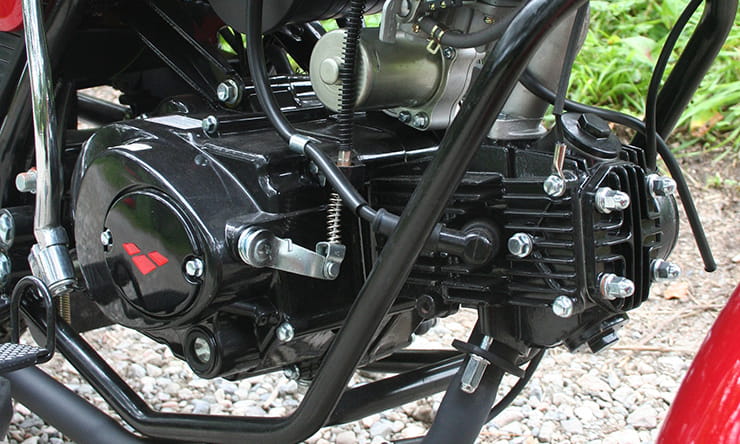 If the Hunter's engine looks familiar, that's because it's a distant relative of the ex-Honda step-through motor, of which millions have been made all over the world. This latest (Chinese) version has an element of electronic control for the carb and a lambda sensor to reduce emissions. But it's basically very low tech for a brand new bike, with a fuel tap, good old-fashioned choke and even a kickstart in addition to the electric. And while you do get gears, there are just four of them.

We don't have any fuel figures for the Hunter, but as a rule mopeds are no more frugal than 125s, as their tiny little motors are working so hard all the time. Still, I'd expect around 100mpg from this one. 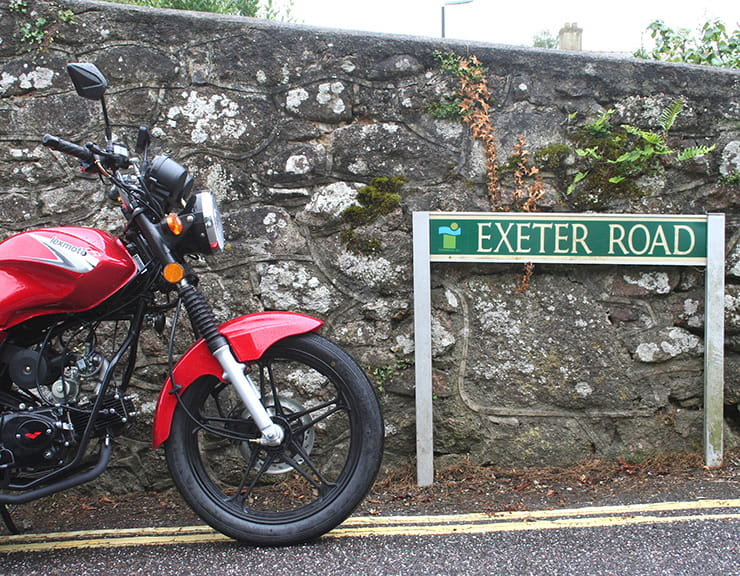 In many ways, the Hunter has a very retro (all right, old fashioned) spec. We've already mentioned the choke, fuel tap and four-speed box, but check out the drum rear brake and twin rear shocks. The shocks and front forks are pretty basic, though the shocks have pre-load adjustment and the suspension copes pretty well. After all, this is a moped which weighs just 95kg and has minimal performance. Within those limitations, the Hunter handles pretty well, and the Yuangxing tyres grip fine in the dry.

Euro 4 rules stipulate that 125s have to have ABS or linked brakes, but 50s are still permitted to use the old-time sort. Hence the Hunter's unlinked front disc and rod-operated rear drum. Again, given the bike's performance, they're fine. 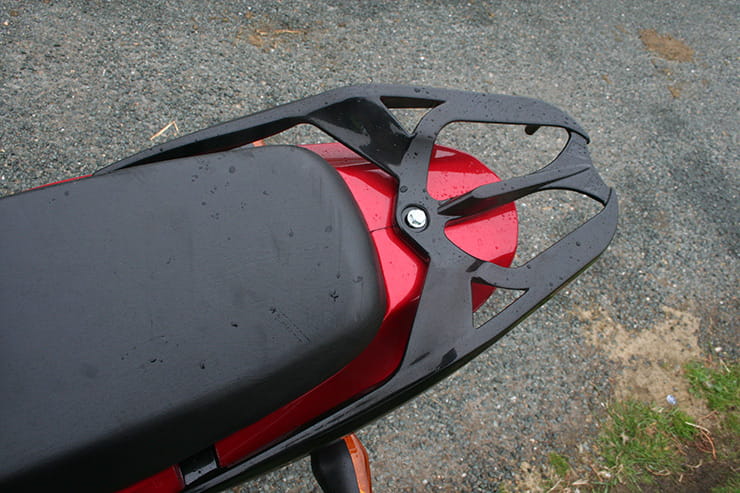 Surprisingly good. Once nice thing about the Hunter is that it looks and feels more like a 125 than a 50. You sit upright on a comfy, lowish seat in a natural riding position, and I didn't feel cramped, though if you're six-foot plus, try one first. What you don't have is the weather protection of a scooter. 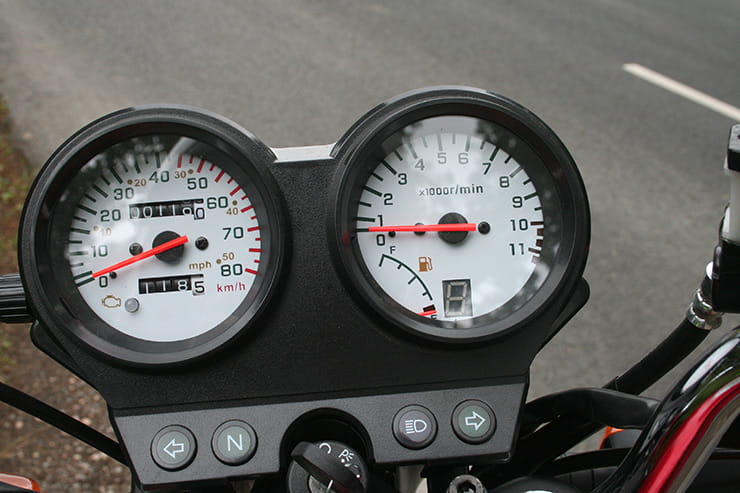 This bike costs less than the average BMW option pack, so it's not going to be laden with equipment. There is a luggage rack (topbox from around £30 extra), alloy wheels, a rev counter...and that's about it.

Do you remember the 1980s? Maybe even the '70s? That's what the Hunter evokes. It's a straightforward naked roadster with a round headlight and twin shocks – looks quite neat, actually, though the inclined engine with its exposed air filter detracts a bit. 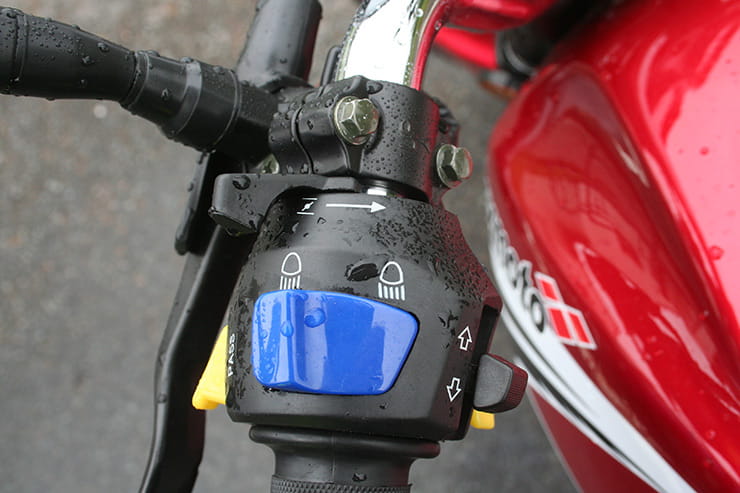 For any geared 50 to make sense, you have to be sixteen and really, really not want a scooter. They are scarily slow away from the lights, but within those constraints, the Lexmoto makes for a good budget option. Otherwise, save until you're seventeen  and buy a one-year-old 125.

Three things I loved about the Lexmoto Hunter…