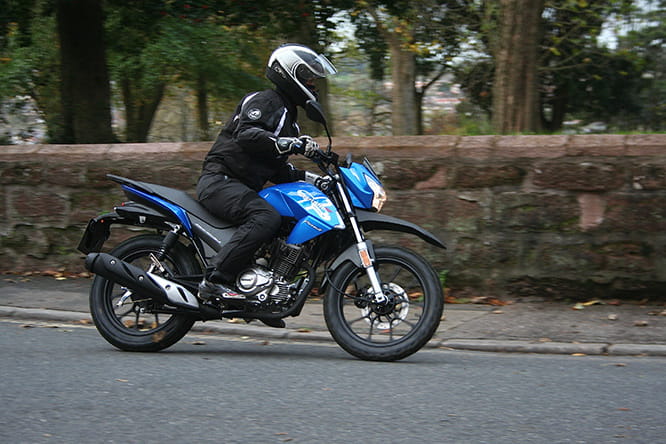 Among importers of Chinese 125s, Lexmoto is the guvnor. It outsells all its Far East rivals by a country mile, and regularly makes it into the top five selling marques, outstripping the likes of KTM, Triumph and even Suzuki or Piaggio. It does this by undercutting just about everyone else on price, and offering a vast range of 50/125cc bikes and scooters.

But it still has a problem. These bargain basement geared 125s are very similar mechanically – air-cooled single-cylinder motor fed by a carburettor, five-speed box, tubular steel frame, single front disc and none of your fancy fuel injection, ABS or TCS. So they need to have a bit of showroom appeal to differentiate one from the other.

The Assault is Lexmoto's latest take on making a 125 look different. But don't be fooled by the looks, this is no bona fide trail bike, just a standard commuter 125 with the addition of semi-knobbly CST tyres (the front a heftier 3.00-17) and a raised front mudguard. No bashplate or long-travel suspension, but just enough to make it look a bit more rugged, and up to coping with urban potholes. 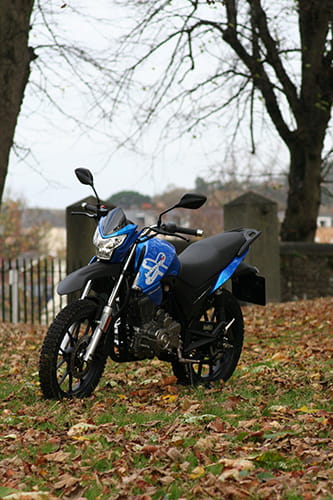 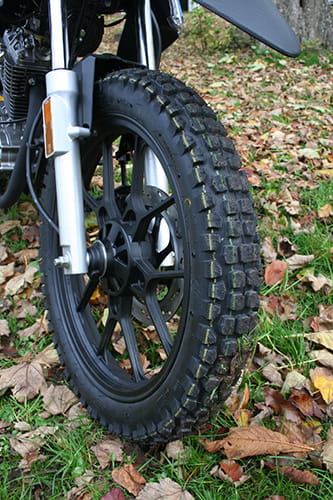 Thumb the button, and cock an ear to check that the little 125 really has fired up, because it's very quiet. But there's no doubt once underway because although it only claims 10.4bhp (well within the A1 class limit of 14.3bhp) the Assault goes pretty well. The motor has a balance shift, so although everything takes a while, it will spin up to its 10,000rpm red line without too much distress, just some tingling through seat and rests.

First gear is a bit short, but once past that, good use of the five-speed box enables the Assault to easily keep up with urban traffic, and it'll wind up to an indicated 60-65mph once out of town – that's probably optimistic, but the bike doesn't feel out of its depth on dual carriageways. Nor, despite the dual-purpose rubber, does it seem like a fish out of water on the twisty stuff. You sit upright, as on a trailie, the widish bars give easy steering and of course it's very light. Remember that this is a twin-shock budget bike, with basic, non-adjustable forks, and it handles pretty well. The front disc is strong enough for the performance, but the rear drum less so.

Detailing is surprisingly good. The Assault isn't a big bike, but it's roomy enough for a pillion, with solid footrests and switchgear that doesn't feel cheap. The steering lock on the headstock is a giveaway of the bike's humble origins, and there's no clock, but you do get a rev counter, gear indicator and fuel gauge as well as the speedo.

No budget 125 will have Germanic quality, but Chinese machinery is much improved now, especially in the details. As for the Assault, yes, it's a basic commuter bike dressed up to look like something else, but who cares? It rides well enough and the rufty-tufty looks give it a bit more appeal than a bog standard 125. As icing on the cake it costs no more than most of those, and less than some. 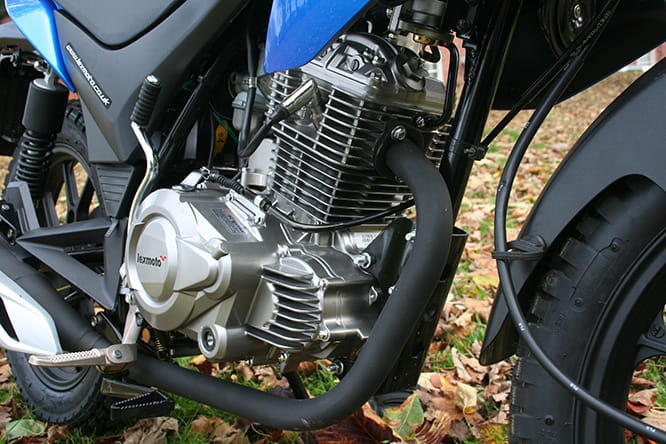 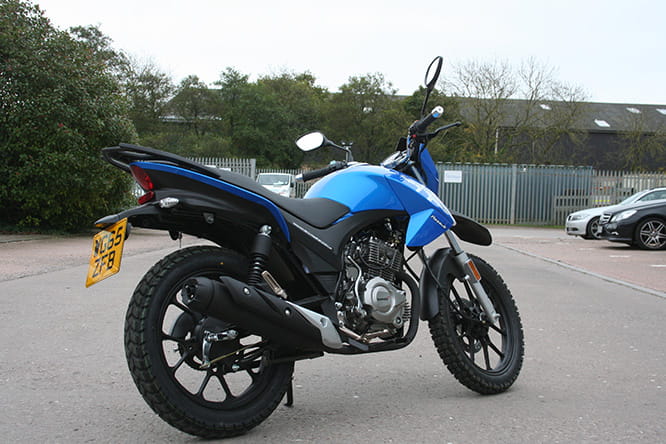 Thoughts? A commuter dressed up to look like something else?  or !