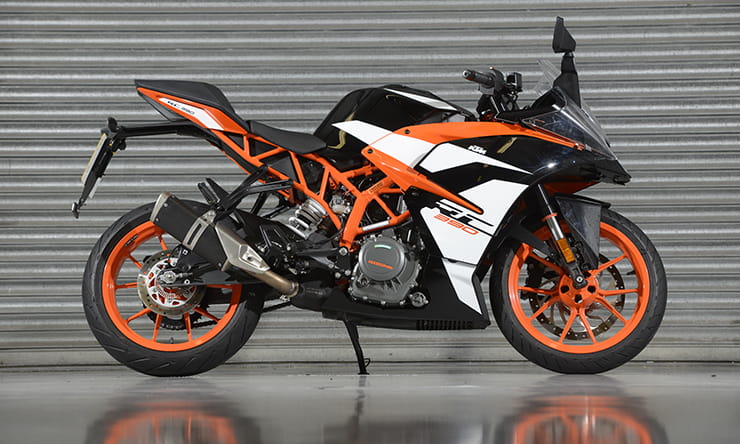 I’m a great advocate for the series and have always watched it thinking just how fun they must be to ride on circuit.

Since my RC 390 arrived I've been eager to roll down pit lane on it and on a recent Ride Skills day at Brands Hatch I finally got my chance.

Despite the RC 390 being down on power compared to other bikes I've ridden round Brands Hatch recently, this didn’t bother me. In fact, it was really beneficial. The less power naturally gave me more time to think about my riding.

I had that extra time to study my body positioning and push my normal braking markers. Also because you have to carry more corner speed on the RC 390 it made me consider my lines more, in particular my entry and exit points. 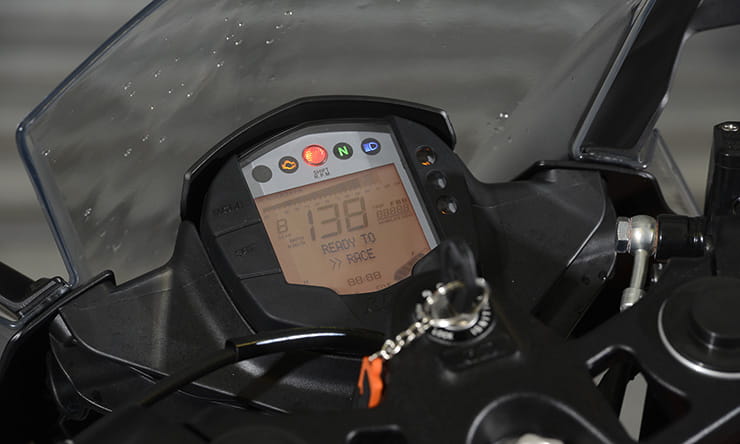 Down the straights (albeit they aren’t that straight at Brands) the RC 390’s thumping single cylinder picked up nicely and its small 10-litre tank allowed me to get up and over the bike with ease.

The streamlined shape of the tank almost taunts you to get tucked at any given opportunity and for a few seconds it definitely makes you feel like a RC 390 Cup rider. That is until you approach the next corner slightly too fast and quickly realise you could do with an ounce of their talent.

The short width of the tank does require just a tad more effort to grip with the knees under heavy breaking, something the 390 happily offers up with its larger front disc brake for 2017 and updated Brembo-developed calipers.

Weighing in at 147kg (dry) you can flick and place the bike so precisely on track. It makes it so rewarding to ride and far less physical on the body. The light weight combined with its power makes you feel fully in control. A word you don’t always associate with track days, especially when your approaching things twice as fast as you might usually be on the road. For that reason, it’s a great bike for anyone wanting to hone their track craft.

Next up for the RC 390 is a trip to Cadwell Park with the California Superbike School. After my brief outing at Brands Hatch I’m chomping at the bit to get back out on it and get to know it even more. I’ll let you know how it goes and what skills I take away from Level 3.