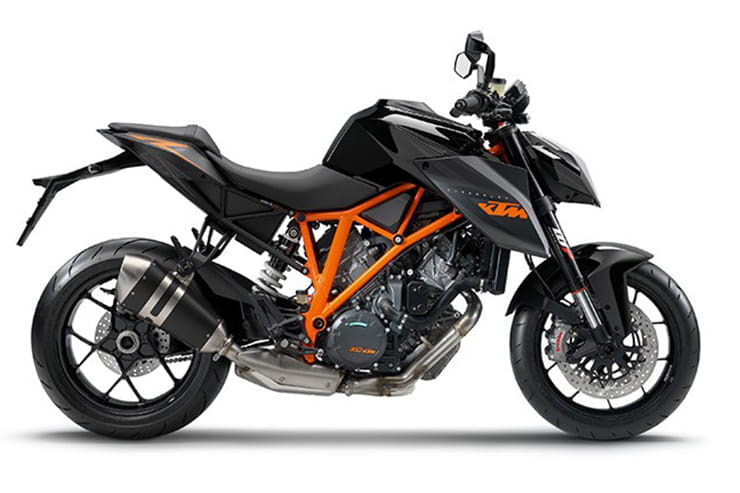 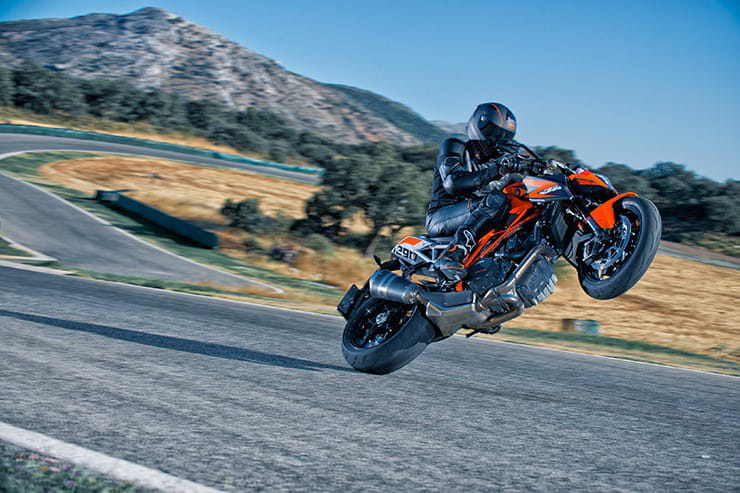 If bonkers naked bikes are your thing, then KTM’s 1290 Super Duke R should be right at the top of your shopping list. A bike that KTM themselves nicknamed ‘The Beast’, this is a no-holds-barred super naked that is mad, bad and very, very wild. But is it just a touch too wild for most riders? That depends on how you want to ride it.

Unlike so many super nakeds, KTM haven’t based the Duke on a sportsbike, which means it is actually far roomier and more comfortable than many of its rivals. A physically large bike, it is perfectly happy to have soft panniers fitted and go on a longer trip. Obviously, wind blast is an issue as it lacks any fairing or screen, but keep the speed down and you can certainly cover miles on the Duke. But is this what KTM really intended for it? Probably not…

Pull the pin and give that enormous 1301cc V-twin a bit of juice and the Duke suddenly transforms in character. Gone is the relaxed attitude, replaced by a beast that is straining at the leash to stretch it legs and go crackers. Which is a bit of an issue because while the Duke’s chassis is excellent, on early models the electronics aren’t quite as sophisticated, leading to a kangarooing ride if you really up the pace on a bumpy road. The issue is the fact the Duke’s monster torque easily lifts the front, causing the traction control to cut the power to allow the front tyre to regain traction. Once this happens the V-twin’s monster torque is released again and unless you roll the throttle the combination of the forks extending and this torque makes the front lift again, repeating the cycle. To be fair to the KTM it only happens if you really are going for it on an undulating road and most owners forgive it this trait as that kick in torque is what makes the Duke R so exciting to ride. That said, the slight weave at high speed is less easy to ignore…

KTM are a firm known for building wild bikes that push convention and are deliberately aggressive in their attitude, which is exactly what the Super Duke R is. It can be an easy-going naked if required, but it is always wanting to unleash its inner beast and isn’t totally happy unless it is challenging your riding skills. For some that’s a major draw, for others it is a turn-off, but again that is just typical of a KTM model. Do you honestly expect a bike that is painted bright orange and nicknamed The Beast to be a shrinking violet? 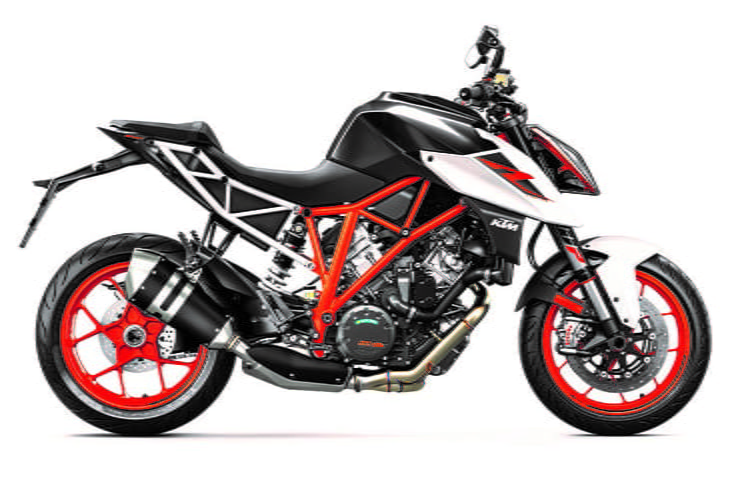 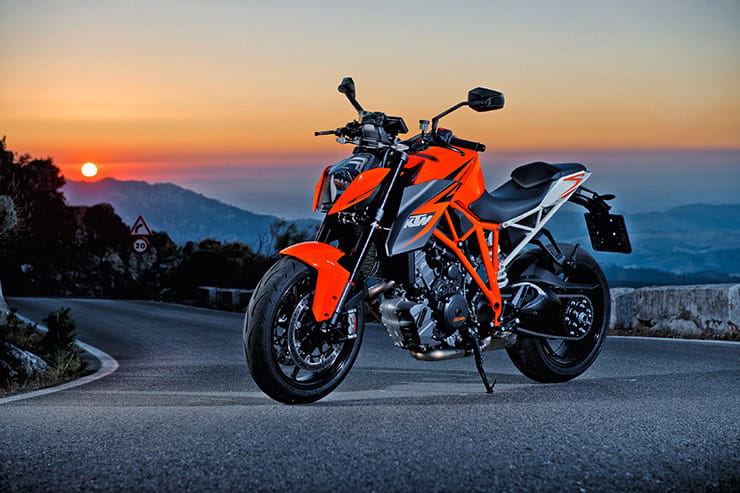 Despite their reputation for ruggedness in the off-road world, KTM’s big capacity V-twin has had a bit of a rocky start to life with teething issues fairly common place. They aren’t always widespread across all bikes and it seems to be a case of isolated vehicles, so you need to check any used bike well as if you get a ‘bad’ one, owning a Duke can be fairly frustrating and fraught with trips to the local KTM dealer…

The first issue is an electrical one, which seems to be down to the switchgear failing, leading to the bike cutting out. Check the switchgear is working and that there are no signs of the bike’s lights flickering or dash showing up error codes. A few owners have encountered leaking engine cases, which again is a weird fault that should have been sorted under warranty, and there are reports of the side stand lug you put your foot on to swing it out falling off (it was more prevent on the GT). Aside from these issues there are isolated problems with coolant hoses, rear hub wear and finish in areas such as the fixings. The Duke has been subject to a recall for a floating piston in the front brake master cylinder that could crack, so check this has been completed as it effects all bikes until 2017, a total of 1938 machines.

As the WP suspension is fully rebuildable wear isn’t such an issue, however owners do report the Brembo brake calipers are quite prone to sticky pistons, leading to the potential of warped discs. Get the front in the air and listen for a squeaking sound or any signs of the pads dragging. Also be a touch wary of quickshifters as only the updated 2017 model had this as an official Power Parts accessory and that means any fitted to an original generation bike will be an aftermarket unit and there is no guarantee how carefully it has been set up, leading to potential gearbox damage.

If all is well then check the bike’s service history as KTM do release a lot of Technical Improvements that iron out niggles and only official KTM dealers have access to these and be aware the valve-clearances need checking at 18,500-miles. 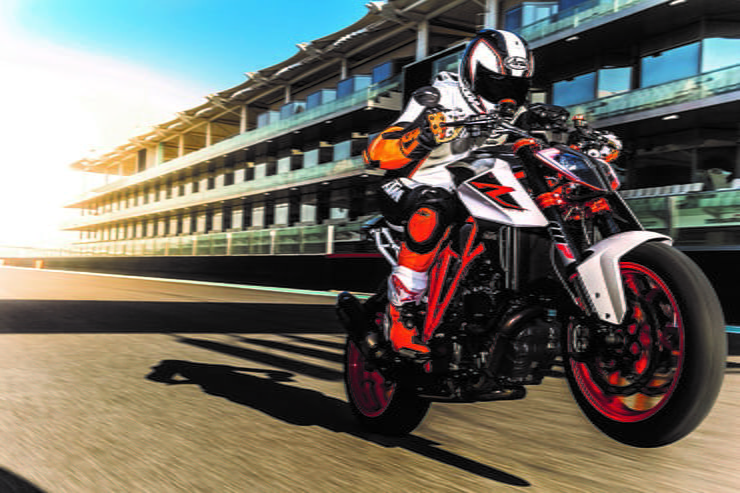 There are currently three generations of Super Duke R for sale with the third nearly all-new generation hitting the market in 2020. The original model was updated in 2017 when it received, oddly, a lower power engine! Technically, however, this wasn’t the case and it was more down to a change in the way the figures were quoted and in reality it is actually a bit more powerful than before. Aside from the engine, the WP suspension was updated, LED lights added alongside a TFT dash in a restyle, keyless ignition, updated electronics and cruise control also became standard fitment with an autoblipper, heated grips and extra power modes optional extras. 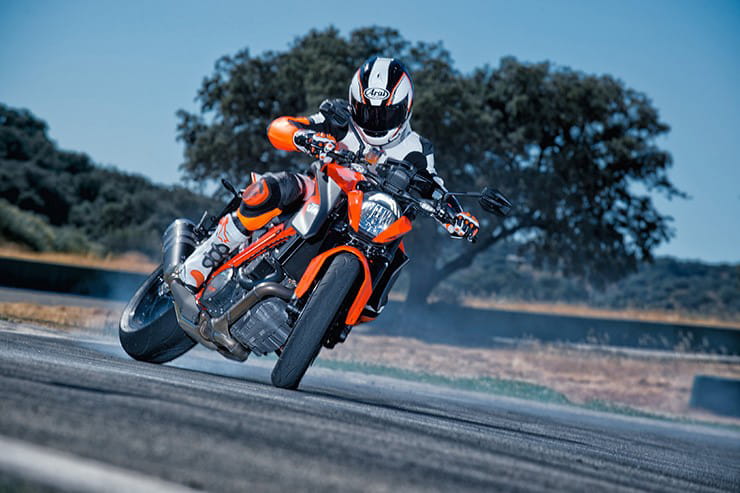 Far from a cheap bike to buy initially, the Duke R does tend to be hit fairly hard by depreciation, which means that used examples represent fairly good value for money. A dealer will be looking to get in the region of £7,600 for an early model with private bikes going for around £6,500. This rises by approximately £1,000 a year until you get to the updated 2017 model, which goes for £11,000 in a dealer and £9,500 in a private sale as it is a noticeably higher spec than the old one. There is a surprisingly large number of Duke Rs out there for sale, so you can afford to be a bit picky and not be afraid to haggle hard to try to strike a good deal. 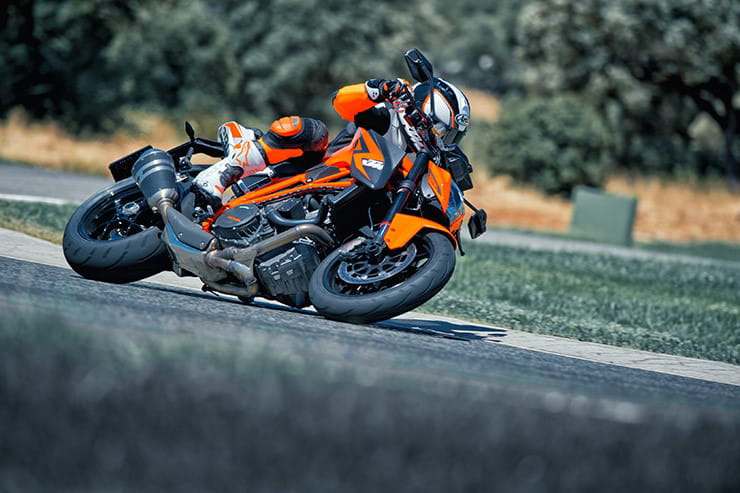 The Super Duke R has a lot of fan pages so you can head to www.superduke.net, the Duke R area of either www.ktmsmt.com or www.ktmforums.com or one of the many Facebook pages. If you want your Duke sorted, Dave Wood at Dave Wood Racing (www.davewoodracing.com) knows them inside and out and is a bit of a whizz when it comes to getting them fuelling properly on a dyno.