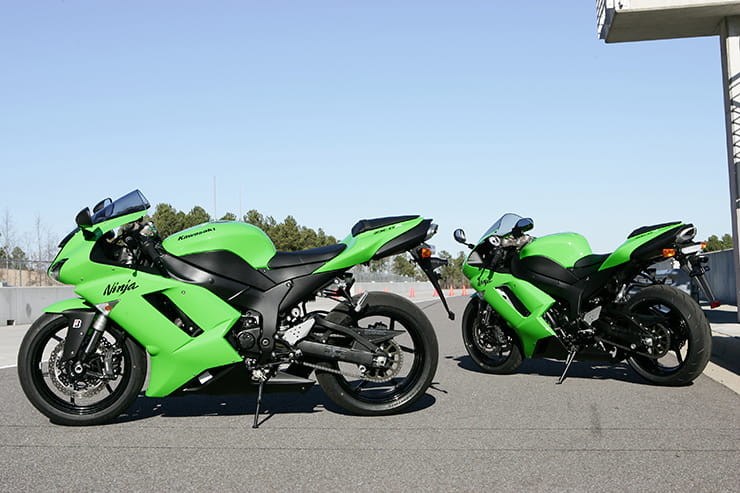 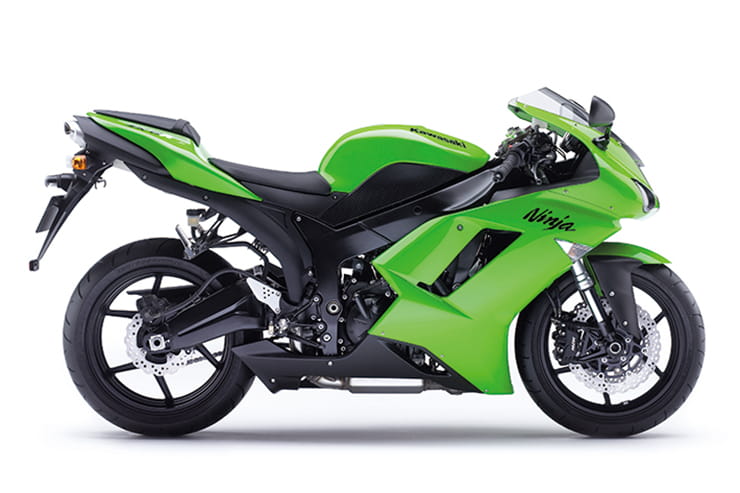 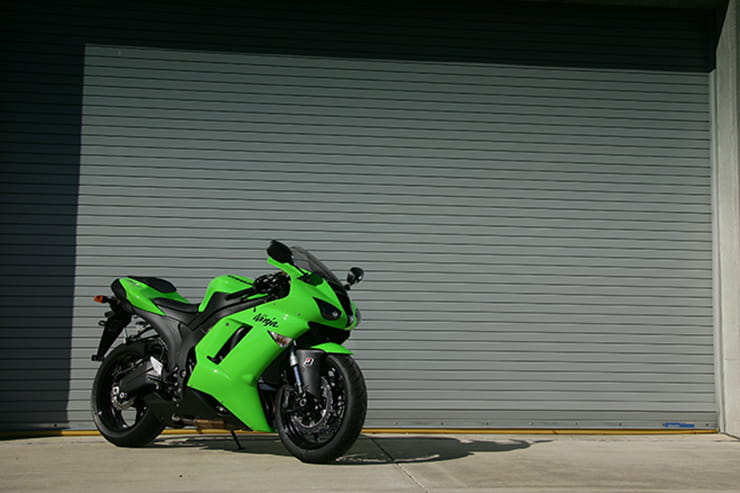 The 2007/08 Kawasaki Ninja ZX-6R marked a return to the traditional 599cc capacity for the firm’s supersport bike after a few years as a 636cc. Why the change? According to Kawasaki this Ninja was designed to put its rider on the top step of the podium and that meant a total re-design of the motor and also ensuring any components that were usually found on the RR model were now incorporated into the basic version. And that’s where a few of this generation’s issue start to raise their head. Very much a track-focused bike, the 2007/08 Ninja ZX-6R is a no-compromise supersport bike with lights and that means it can be very demanding to ride – not to mention uncomfortable. If you like your supersport bike to feel like a track refugee then look no further, however if you are after a few concessions to make it a more relaxed road bike, this generation most certainly isn’t for you. Mad, bad and pretty wild, it’s an exciting and thrilling bike to ride but certainly not for everyone.

The 2007/08 Ninja cost £7300 in 2007, which may not seem like a lot nowadays but you have to consider a new YZF-R1 was only £9000 at that point so it didn’t represent much of a saving on a litre bike. Which, ultimately, was what led to the demise of the class but that’s a story for another day... As this generation was only made for two short years, the price range is quite compact, and you can expect to pay between £4000 and £4500 for a bike from a dealer with private sales generally at £4000 or slightly under.

Hmm, shall we just say it’s a game of two halves? If you like a screaming motor, the Ninja makes an impressive 125bhp with 48.7lb-ft of torque. But, and this is quite a big but, these figures appear at a dizzying 14,000rpm and 11,700rpm respectively and that tells you all you need to know. When on song the Ninja is a rapid bike and if the rev counter is in the double digits it can make very speedy progress, however that kind of riding is generally only reserved for race tracks and on the road it is annoyingly gutless in its mid-range. Flat, lethargic and in desperate need of more grunt (in 2009 it was updated with more drive before returning to 636cc again in 2013...) the Ninja isn’t great at low speed and feels very lacking in stomp, even when compared to rival supersport bikes of the day. Kawasaki aimed this bike at track fans and that’s where it really comes alive, not on the road.

The engine is all-new in the 2007/08 Ninja and was actually the first ground-up new motor for the ZX-6R since 1997. Shorter and more compact overall than previous engines, Kawasaki went to town to give it lighter and lower-friction internal components to help it rev faster and make more power. Often this may result in an engine that is weak or tends to burn oil but Kawasaki is a company that really know motors and the ZX-6R’s lump is pretty solid when used as a road bike. Track hacks are a different matter but we are talking about road bikes here... There are very, very few complaints from owners about the reliability of the inline four and as long as it is serviced regularly (every 4000 miles is recommended) all should be well. The valve-clearances need checking at 15,000 miles (the service intervals are based on kms, generally this is done at 16,000 miles) which is quite a common figure for used bikes to be showing so check it has been completed as the high-revving Ninja does often require a shim or two (generally exhaust) and if left unchecked this can cause issues with the valves. The gearbox is solid but as on any 2000s bike, watch out for aftermarket quickshifters as they can damage a gearbox when used on the road. The Ninja has a slipper clutch as standard, which owners really rate, and the quality of the exhaust headers is also very high, meaning corrosion or leaks are rare. When buying used your main worry surrounding the engine is sensors such as the Throttle Position Sensor going down or the radiator becoming corroded and rotting to the point it leaks. If the bike starts up nicely, ticks over smoothy (a faulty TPS often makes it lumpy at low speed) and there are no signs of excessive corrosion all should be well. Lots of used bikes have aftermarket exhausts fitted, just remember that not everyone (policemen!!!) likes the scream of an inline four and if you are planning on taking it to any trackdays noise limits are very strict nowadays. The exhaust valve is located just before the underseat end-can on the bike’s right-hand side under the tail, if the bike has its original exhaust fitted, check this is opening and shutting smoothly and isn’t seized. 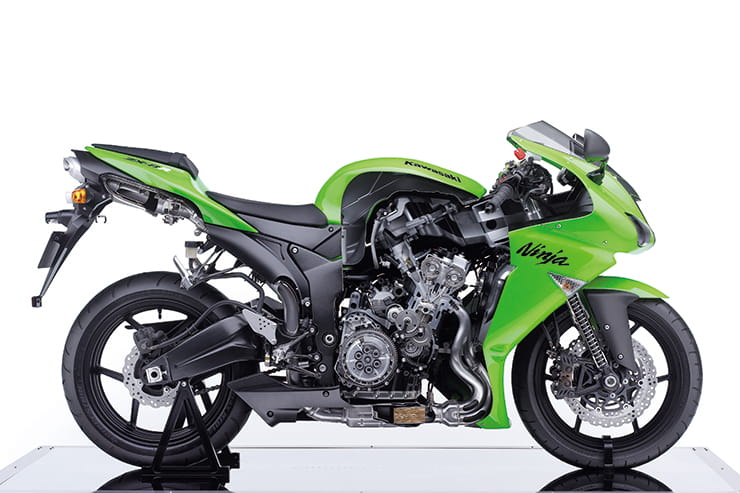 If you ride the Ninja hard it does like to guzzle fuel but as it is such a high-revving engine, hard generally means track use and so on the road you can expect to record low 30mpg numbers with ‘enthusiastic’ riding. This equates to a tank range just short of 140 miles so when the fuel light illuminates at 120 miles (it is always at this point!) you have a bit to go.

The Ninja’s main selling point is its handling, which is sublime. Described by a Kawasaki person (off the record!) back in the day as a ‘barely road legal race bike’ the Ninja is an absolute weapon on a racetrack and very good on a smooth and twisty road. Given a sunny day you can see why the supersport class was so popular at this point in time because when you are in the mood the Ninja heads to an apex with rabid intent and corners like nothing else. In 2007 it was by quite a way the sportiest supersport bike (the CBR was more relaxed, the updated full-on R6 didn’t arrive until 2008) and that’s exactly what Ninja fans demanded. But there is a price to pay and with firm suspension delivering a bone-jarring ride and an extremely compact riding position, the Ninja is hard work when you aren’t in the mood. Just like the motor, the extreme focus of the Kawasaki makes it pretty unpleasant when you just want to take it easy. There again, what did you expect? When buying used the main area of concern comes from the previous owner. A bike’s chassis can suffer badly from neglect and the Ninja’s suspension linkages are poorly greased as standard so should have been stripped and regreased by now while items such as head bearings and wheel bearings may also be in need of replacement. Generally, the shock (aside from its spring, whose paint flakes off quite easily) is robust and so are the forks, so they should be fine, but always check for any signs that they are in need of a refresh or in the case of the shock a new unit. This generation of Ninja has a black coating on its pegs, which makes it look very smart but can be rubbed off the hangers resulting in a tatty appearance, so inspect them well for signs of a rattle-can paint coverup! If the bike has a low mileage yet the finish is very worn, there is a strong chance it has been used as a track bike so be wary. As with all Ninja models the faring is quite thin so watch for broken lugs or seized fasteners and also check the state of the brake lines, if they are still the OE rubber ones they will probably need changing by now. Be wary of crash protection on the fairing as some bungs require a hole drilling through the fairing to locate them, which isn’t ideal as it means you will always have to have them fitted.

Kawasaki weren’t messing about and the Ninja gets four-piston radial brakes with the firm’s trademark petal discs and a radial master cylinder. Far better in terms of their finish than previous calipers, the Nissin units are robust and it is nice to see this generation has 0.5mm thicker discs than the previous Ninja model. There isn’t much to check here aside from the thickness of the disc and if the rubber lines have been changed for steel braided units and with a set of these on and fresh pads, the Ninja’s stoppers are more than up to the job – be that track or road use. 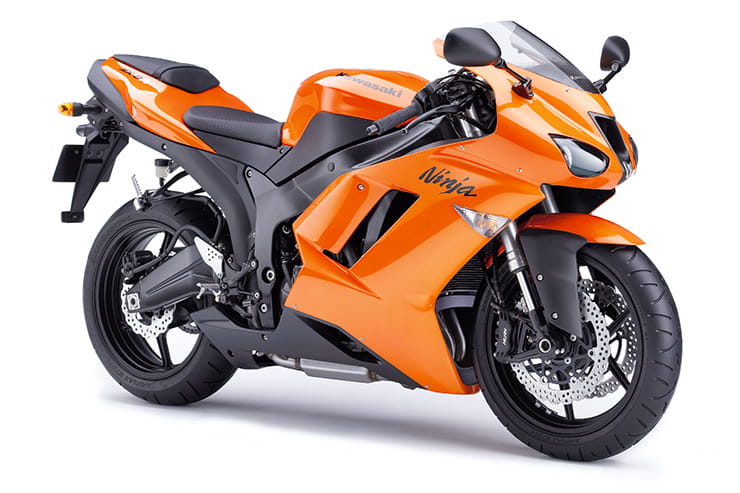 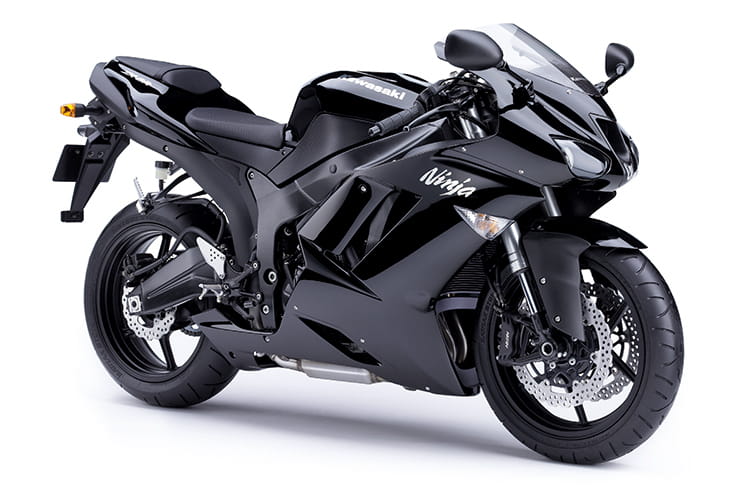 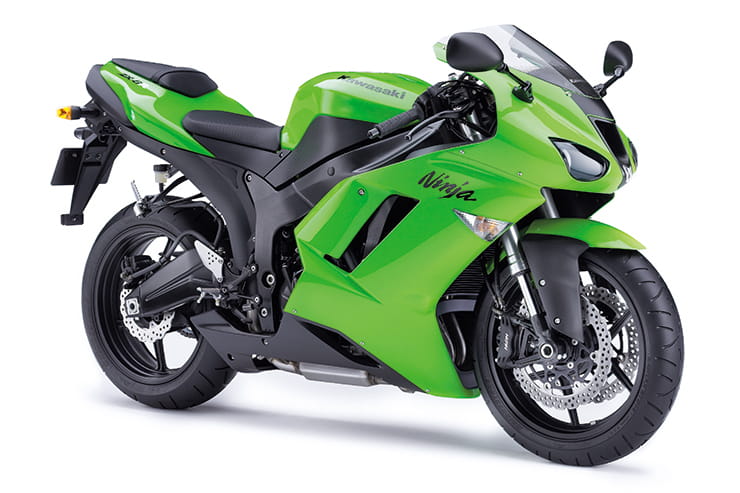 Not really a strong point, the Ninja is designed to be comfortable for the length of a supersport race but not much more. Fitting a taller screen instead of the original very low item helps a bit to deflect some wind but overall there is not much you can do to compensate for the cramped riding position. It’s not a great bike for covering miles on.

The Ninja has a gear indicator and immobiliser as standard but that’s about it in terms of rider assists. When buying used always check for the red ‘master’ key for the immobiliser. If you are going down the accessories route a pillion seat cover (colour matched) is common as are tail tidies with mini indicators, a race exhaust, crash protection and taller screens. Some bikes have aftermarket paint or plethora of stickers (generally Monster Energy!) which is always a red flag because that often means crash damage has been covered over. Some owners fit rearsets or stubby levers, neither of which are that welcome, and alarms are also common. If the bike has an alarm fitted, always check it is working as a miss-behaving alarm is more trouble than it is worth and in many cases it is better not to have it at all. You can get various aftermarket fuelling modules for the Ninja, some of which allow you to add a quickshifter, so be a bit cautious if one of these is installed as the shifter can damage the gearbox. Unlike the older model, the front wheel is designed to take a 120/70 tyre and not the smaller 120/65, so you aren’t limited on tyre choice.

If you are looking at the 2007/08 Ninja you know what you are getting into. This isn’t a bike for someone wanting a relaxed supersport machine, it is one for a rider who like to rev a motor and feel like they are riding a race bike on the road. If you like the occasional track day and tend to ride on sunny weekends for fun, the Ninja ZX-6R  is an engaging and thrilling machine. If however you want to use it more frequently, it is harsh, uncompromising and probably best avoided...

Three things we love about the ZX-6R… 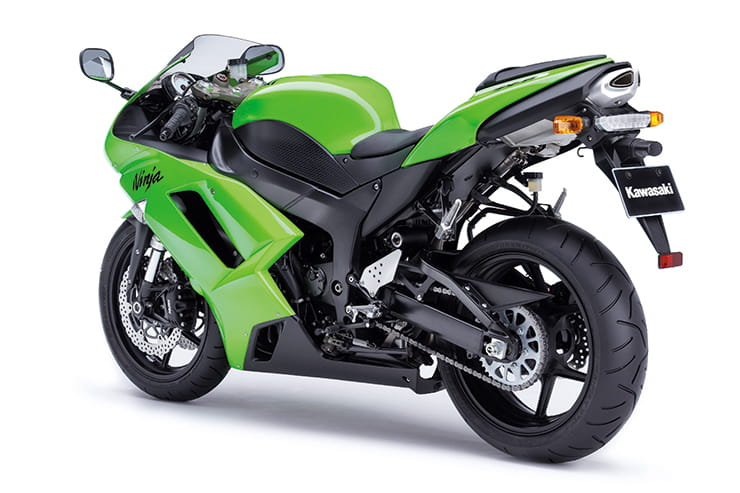