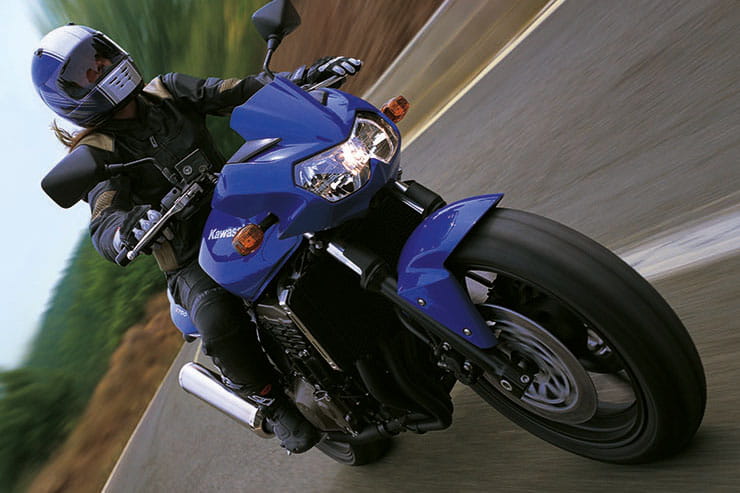 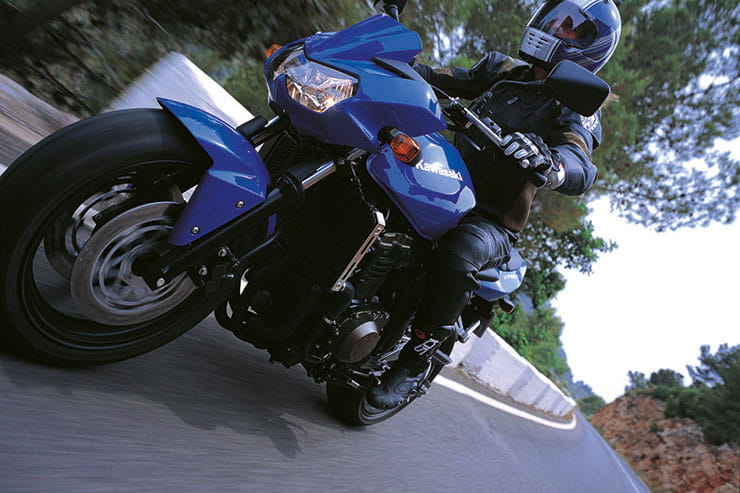 In the early 2000s Kawasaki were a company in trouble. Lacking imagination and with a model range that was uninspiring, they were in serious need of rejuvenation. So much so Shinichi Morita, Kawasaki’s Senior Vice President, actually stood up and said, “Kawasaki has failed to satisfy its own customers” at the 2002 Milan Motorcycle Show. In 2003 things changed... Having hired designer Shunji Tanaka from Mazda, where he came up with MX-5, Kawasaki tasked him with rejuvenating the brand. Tanaka penned a whole new breed of models using strong edges to give them an aggressive and angular stance. He thought this, alongside some bold colour choices, would create the emotion that was so sadly lacking. He was right. After the ZX-6R and Z1000 signalled their intent, in 2004 Kawasaki not only launched the ZX-10R but also the Z750, a bold-looking naked bike that broke the traditional naked bike rule of being powered by a 600cc de-tuned sportsbike motor. It was a stroke of genius and even nowadays the original Z750 makes for a cracking middleweight.

Brand new the Z750 was a touch more expensive than rival middleweights such as the Honda Hornet or Yamaha Fazer 600 but its RRP of £5095 was still well within reach of most riders. And nowadays it is even more accessible. You can quite easily locate a Z750 for in the £2000 region in private sales with dealers only asking for £2500, which isn’t much at all. Ok, a Hornet may be a touch less but that’s still great value. The absolute top rate for a later 2006 Zed is just under £3000, which again isn’t too dramatic.

The Zed’s big selling point in 2004 was the fact that unlike its generally wheezy 600cc rival middleweights (especially the rev-happy Hornet) its 748cc bigger capacity motor had lots of lovely mid-range. And this still rings true. If you are after a middleweight from this era only the Street Triple comes close in terms of drive and you will have to pay a lot more to own a Triumph. With 108bhp and 55.3ft-lb of torque, the Kawasaki is a gutsy middleweight with a great throttle response and very appealing top-end should you start to wind it up.

Based around the Z1000’s inline four (which itself owed a lot to the ZX-9R motor), the Z750’s engine is effectively a sleeved-down version and as such is incredibly robust. Major mechanical issues are almost unheard of and pleasingly it even has a stainless-steel exhaust system, so that’s a rust worry banished. The ZX-9R does have a reputation for breaking gearboxes, but with considerably less power this hasn’t been passed on to the Z750 and from what owners report your only worry is flaking paint (it is very thin on the motor) and the radiator becoming damaged as it is quite exposed. On an older machine you do start to run into sensor issues but thanks to the exposed nature of the Zed these are fairly easy to get at and change. With 4000-mile service intervals the Zed is cheap to run as well and home maintenance is a breeze. The 16,000-mile valve clearance check service is more involved (expect to pay £400 for a dealer to do it) but in reality very few bikes ever need anything other than checking as the gaps are nearly always within tolerance. On a budget bike such as the Zed always check the consumable items such as chain and sprockets, tyres, brake pads etc as a lot of small bills can quickly turn a cheap bike into an expensive one. 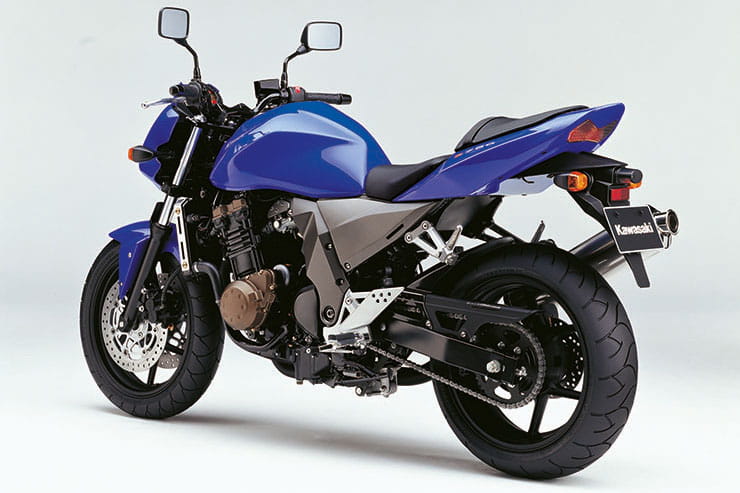 Due to its exposed nature the Zed does tend to stick you up and  in the wind flow, reducing its economy as you are acting like a sail. That said, owners report you should average 46mpg with no real effort, even more if you take it easy, so that’s not bad at all.

Kawasaki may have skrimped slightly on the Z750’s chassis and suspension, but middleweights are always built to a budget and compromises are to be expected. A physically larger machine than the Hornet, the Zed isn’t as light or agile but it is more planted and its steel chassis is fairly sporty. The major issue is the fact that even from new the suspension was a little lacking and by now it will be even more so! If you are looking at buying a reasonably high-mileage bike (over 20,000 miles) you have to expect the shock to be duff and that means a bill of £300-£500 for a replacement aftermarket unit while a fork re-fresh (also pretty likely to be needed) is about £150. If you do this the Zed will be transformed, so it is money well spent. When buying used be a bit careful in terms of rust as the steel chassis will rust if any paint is chipped off it by stones and the swingarm can collect water and rot from the inside out, so have a good look around its chain adjuster points as these are often where the rust starts to really set in. As on any used bike watch out for notchy bearings as they can cause the bike to fail an MOT.

Nothing too special but also not too bad, the Z750’s two-piston sliding calipers were pretty much par for the middleweight course in 2004 (the FZS600 had four-piston units) and they do the job. If you want a bit more bite then update the pads and fit braided lines but aside from checking the sliders aren’t badly corroded and the discs worn, they are what they are. ABS wasn’t an option. 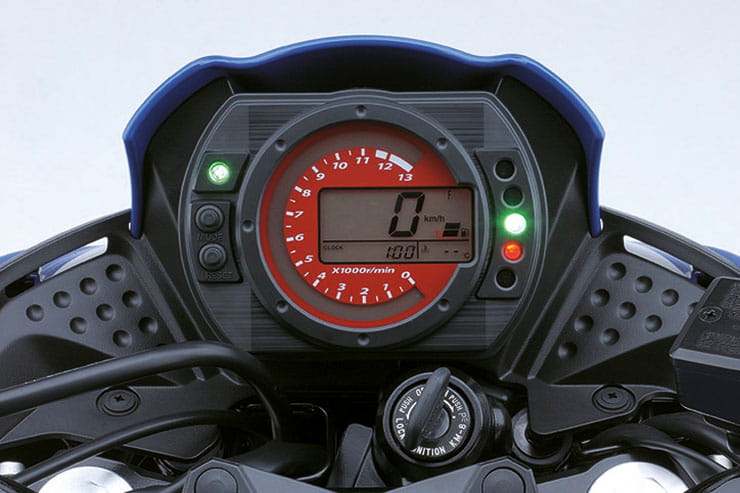 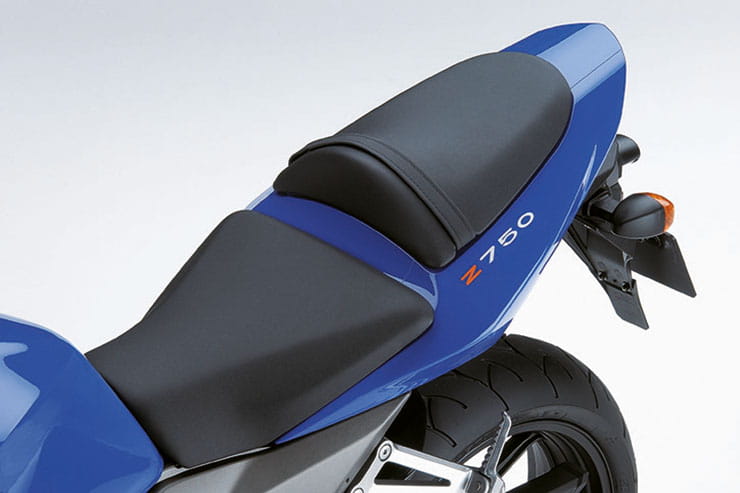 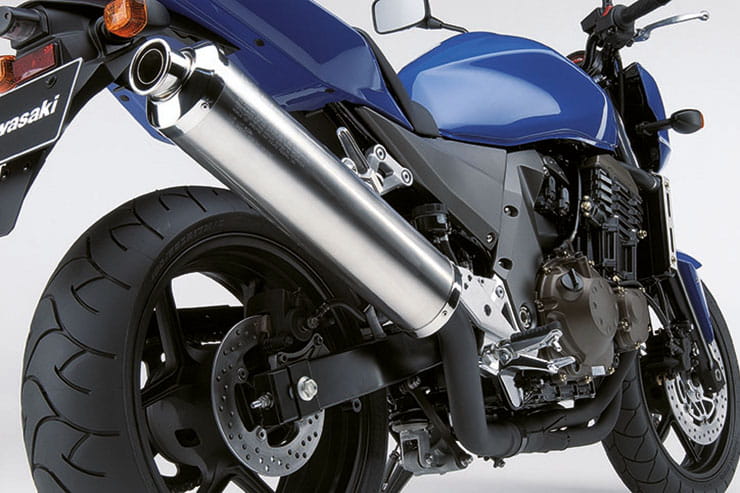 Here is a bit of a bone of contention for a number of reasons. Owners moan about the Z750’s engine being a bit too vibey and the seat also being too hard, which is a touch unfair as this is a naked bike and therefore not really designed for long distances. Kawasaki will, naturally, claim the vibes add to its sporty character. Speaking of which... The Z750 came with a split rider and pillion seat (taken from the ZX-6R) and that means it’s not great for pillions – however help is at hand. In 2005 Kawasaki launched the Z750S, which is a Z750 with a half-fairing and single rider/pillion seat, which is a touch more comfortable but was never a big seller as it is a bit dull looking. If you want to cover distances, the S is probably a better buy.

Nope, nothing, not even ABS. In the Zed’s day ABS was still only really found on tourers or BMWs. When it comes to accessories, the Zed is quite a popular bike and tail tidies, mini indicators, crash protection, heavier bar end weights and screens (be careful if one is fitted as you need to drill the cowl, so it is a one-way process) are all common. A lot of bikes have loud exhausts, some have luggage and heated grips and there are even a few with replacement bars. As a rule of thumb, if it is electrical be wary as alarm systems from the 2000s will probably be starting to play up by now and they can be a right pain to remove.

Considering its price tag, the original Z750 is a great used option. Not only does it still look quite cool, the bigger capacity motor is a beauty and it is also very reliable. If you are a taller or bigger rider looking for a naked middleweight, try one out for size.

Three things we love about the Z750… 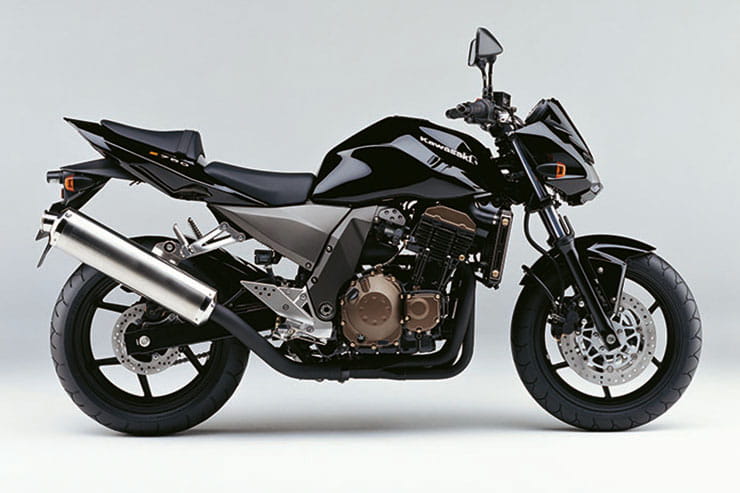 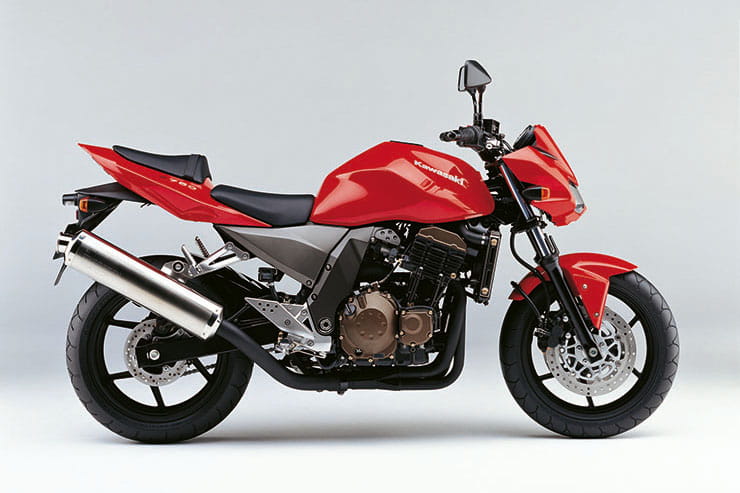 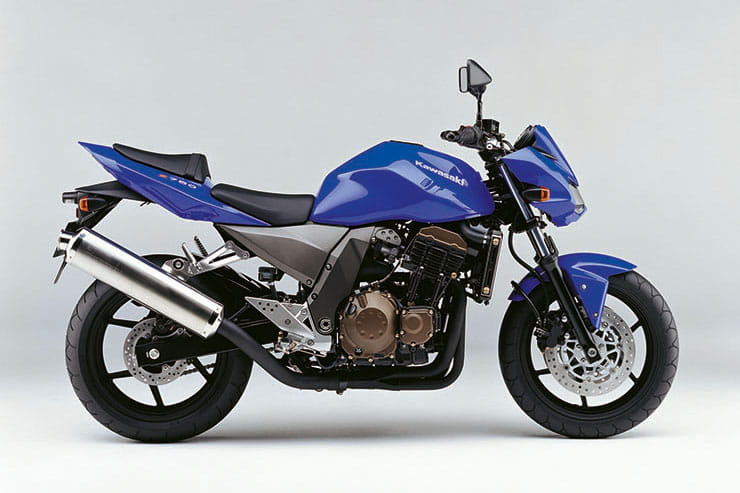