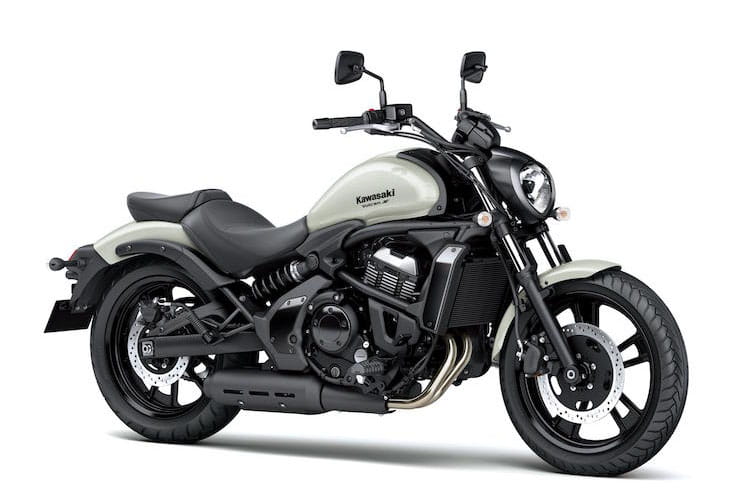 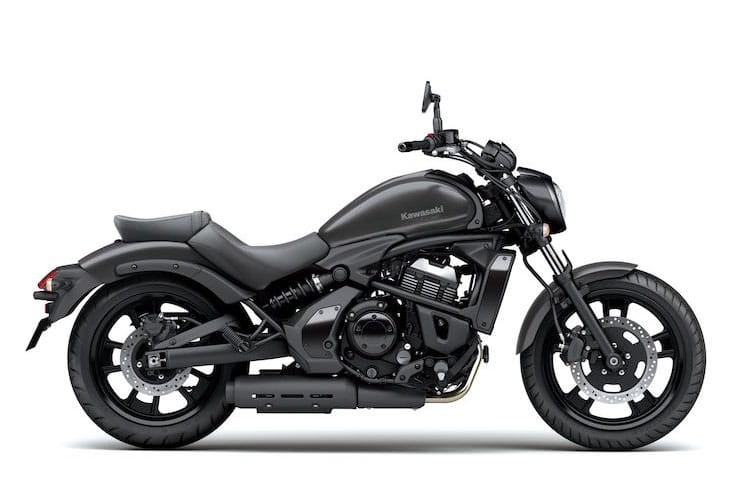 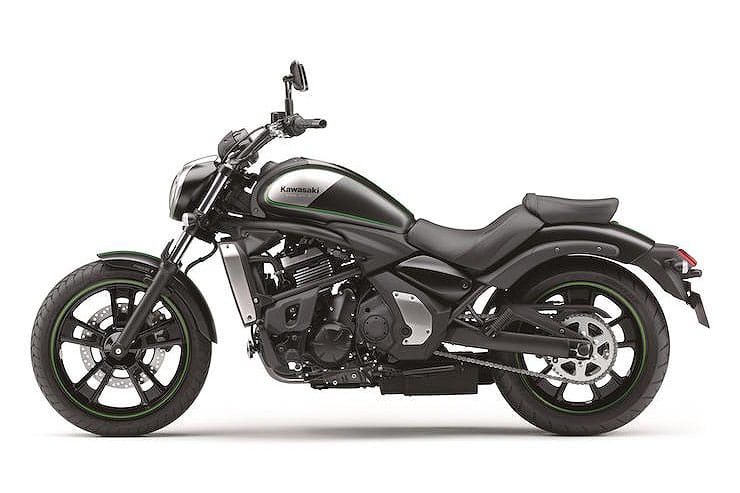 The Vulcan S (or VN650S to give it its full designation) was introduced in 2015 as a novice-friendly, fairly soft, entry-level cruiser based on Kawasaki’s ER6n (now Z650) roadster.

And in a world where ‘cruiser’ traditionally conjures up more historic, authentic American heavyweight V-twins like Harley-Davidson and Indian, it’d be easy to dismiss the lightweight Kawasaki parallel twin as an unconvincing pastiche.

In truth, however – and even more so today with the dearth of middleweight cruisers now available – the Vulcan succeeds as a pleasing, unintimidating and effective slightly laid-back bike in its own right. It’s affordable; it’s low, light, slim and easy to ride; its power delivery and handling are completely intuitive and, although a little basic and ‘old school’ with an LCD dash and nothing by the way of modern electronics, it has everything a novice cruiser needs. What’s more, if you want a little more in terms of performance promise or practicality, Kawasaki also offer two accessorised versions – the Performance, with an Arrow pipe and headlamp cowling and the Tourer with leather panniers, touring screen and passenger backrest.

As long as it’s looked after cosmetically the Vulcan’s a great used buy, too, with proven, understressed mechanicals and plenty of examples available. As a pure pose, the Vulcan may not be, say, a Harley Sportster, but it’s easier and more pleasing to ride and more affordable, too.

Updated to meet Euro5 regulations, the Vulcan S was still available as a new bike in 2021, six years after its original launch. The cheapest version is the Vulcan S in grey black, currently just under £6700 – which makes it very tempting indeed as a ‘first big bike’ as that’s £200 less than both the current Z650 roadster and the newly-updated, best-selling Yamaha MT-07. It’s also worth bearing in mind that the Vulcan currently has few rivals. Harley-Davidson’s own Sportster and Street families of introductory cruisers have all been deleted for 2021, while its only Japanese rival in Honda’s lower-powered, A2-targetted CMX500 Rebel, which is £5799.

If you don’t fancy that colour combo, two others are available for £6899 while the higher spec Performance and Touring Vulcan variants start at £7449 and £7849 respectively.

The Vulcan’s popularity and durability keeps used prices healthy. Early, 2015 examples with rarely more than 10-15,000 miles under their wheels, generally go for around £4600 while a clean, very low mileage examples, still with some warranty left, can be had for £5500. 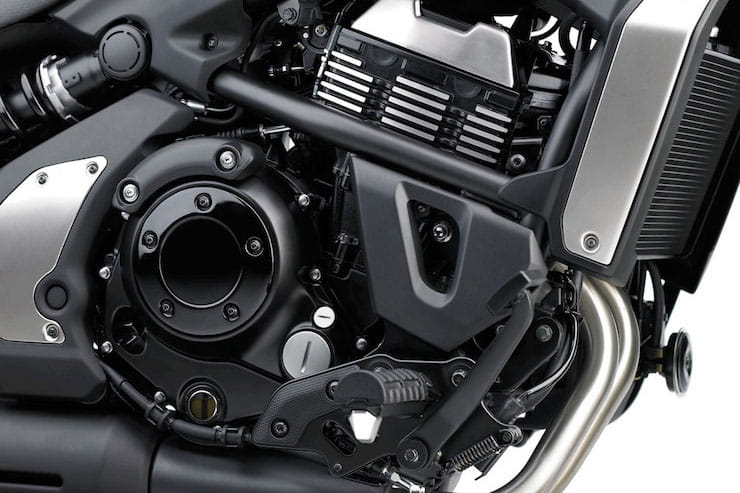 The Vulcan’s ER6n engine has been retuned to deliver more cruiser-style character by having more midrange flexibility at the expense of sporty, high rpm power. As a result it produces a peak power figure of 61bhp at 7500rpm and peak torque of 46.5lb-ft at 6600rpm compared to the latest Z650’s 67bhp at a higher 8500rpm and 58lb-ft at a higher 7000rpm. If that sounds a little like the Vulcan is being short-changed, think again: that 61bhp and 46.5lb-ft is actually virtually identical to Harley’s now defunct Sportster 883, albeit a little higher up the rev range, while the Kawasaki’s delivery is beautifully smooth and progressive, happy to pull from as little as 2000rpm before accelerating through its midrange and thrashing on at the top end should the mood take you. It might not have masses of stomp or top end thrills, but it delivers almost exactly what you need in a fuss-free, fairly relaxed way.

Although the Vulcan’s engine is a parallel twin rather than the V-twin usually favoured for cruisers, and is also based on a unit (that of the ER6n roadster) which dates all the way back to 2006, it has been heavily reworked and suits this role well. A heavier flywheel plus other internals changes has resulted in a slightly lower-revving, more gentle, laid back nature while it’s also been spruced up externally with cosmetic cylinder fins and contrasting finishes to be more pleasing on the eye as well. That said, it’s not trying to be an air-cooled V-twin, but has been given a makeover to be more in keeping with bikes of that type. The gearbox, meanwhile, is a slick six-speeder with none of the clunky ‘character’ that can sometime be a pain on bikes like the Harley Sportster, especially for novice riders. While the exhaust is a development of the novel, underslung, two-into-one system introduced on the ER6n so is mostly out of sight – although a more exposed, performance Arrow exhaust is available as an official accessory. 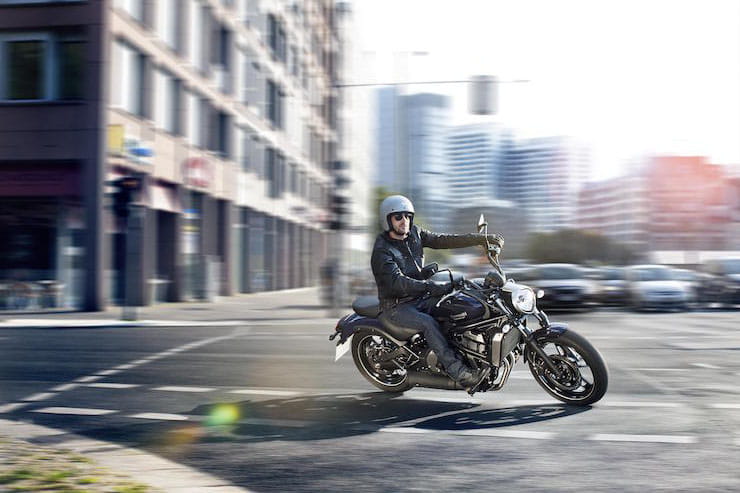 The donor ER6n engine is reasonably economical so you’d expect the detuned, more laid-back Vulcan to be more frugal still – and it is. With normal, fairly gentle use you can easily expect mpgs in the high 50s with more possible depending on the type of riding. Despite the smaller than usual (but typical cruiser) 14-litre fuel tank is enough to deliver a useful range between fill-ups of approaching 180 miles.

The tubular steel, perimeter style frame of the Vulcan was all new but built to a similar style as that of the ER6n – although that changed to a more triangulated design when that bike morphed into the Z650. As such it has a more low and laid-back gait than its roadster cousin, with an ultra-low 705mm seat height (making the Vulcan unintimidating for both novices and shorter or women riders) and more ‘kicked out’, cruiser-style steering geometry. Even so, the Vulcan’s handling isn’t compromised by its style, as is the case with some cruisers. Despite the 30-degree fork angle the steering is light and accurate. Though slightly budget and only adjustable for preload at the rear, the suspension gives a plush, comfortable ride and the Kawasaki overall is impressively nimble and intuitive, something helped further by its slimness and reasonably light overall weight. 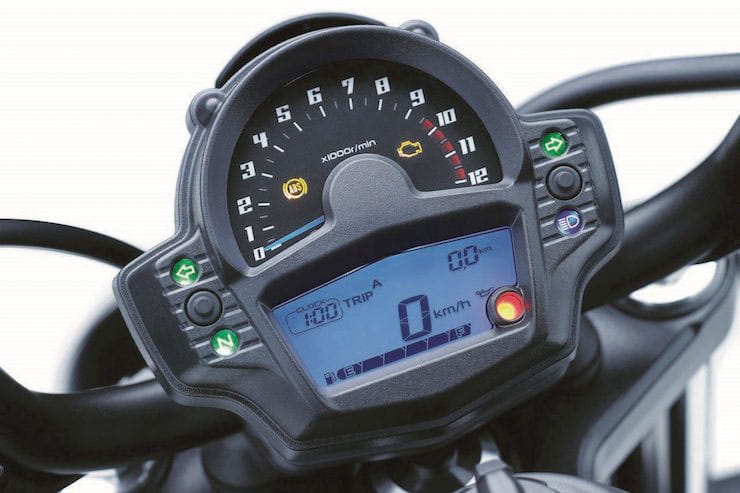 Again the Vulcan is hardly cutting edge when it comes to its brakes, having the same, slightly budget-orientated, single ‘petal’ front disc gripped by a twin piston caliper with a similar, single-piston set-up at the rear, as the ER6n. But by being the same as those of a sportier roadster yet also still being a fairly light, slim bike means the Vulcan stops better than most cruisers, too. Though unsophisticated the action at the lever is smooth and progressive, the braking power is more than sufficient, especially if you include the assistance of the rear, and the Vulcan is low and stable enough to come to a standstill impressively quickly. No, it’s no sports bike or even a sporty roadster, but the Vulcan’s braking is still better than most cruisers.

Kawasaki have come up with a neat trick of making a cruiser out of a roadster yet have done so so subtly and sensibly that the resulting bike remains great, comfortable, practical all-rounder. The riding position, although upright with your feet slightly forward, is perfectly comfortable and doesn’t in any way compromise the manageability of the bike. The price for that may be slightly understated cruiser style but on the whole Kawasaki has done a good job. Sure, over distance, the Vulcan isn’t at its best – a lack of weather protection means long motorway miles will be a chore and, eventually, your backside will have had enough, but the Vulcan’s also better than most bikes of this style and the accessories Touring version (with touring screen, passenger backrest and leather panniers) copes with those issues and makes a genuine touring machine.

OK, the Vulcan is both starting to age (it was brought out in 2015), was even then based on an older design (the 2006 ER6n), is designed to be affordable (so is built down to a price) and, being a Kawasaki, can’t be expected to have the kind of extensive accessories available as, say, a Harley-Davidson. As such there are no electronic rider aids (although there is ABS); the LCD dash is now slightly old-fashioned and equipment levels are fairly basic. But on the plus side, however, its real world design has generally aged well, being a pared down cruiser is in keeping with its budget spec meaning that it’s not lacking anything you actually need and, on top of that, Kawasaki do also offer two mildly accessorised versions, the Performance and the Tourer, depending on the type of motorcycling you want. 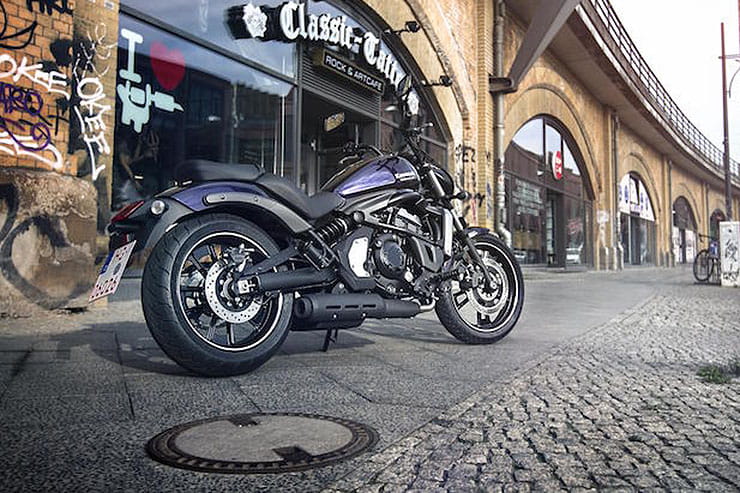 The days when novice-friendly, mid-sized, Japanese cruisers were commonplace are long gone. In the place of old favourites such as Yamaha’s XV535 Virago and Honda’s 600 Shadow, only the Kawasaki Vulcan and Honda 500 Rebel survive. The good news is they’re both cracking bikes, especially for novice or perhaps shorter (or female) riders who like the cruiser style. The Rebel’s more of an A2 offering, but the Vulcan remains a decent, accessible, sweetly-performing middleweight that’s easy as pie to ride, nicely put together and impressively durable – and all for a tempting price, to boot.

Three things we love about the Vulcan 650…