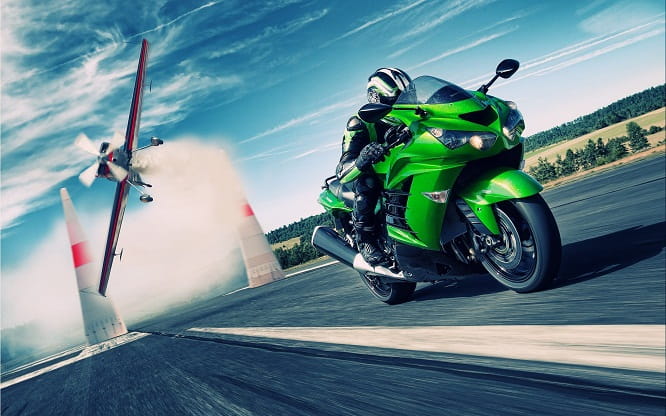 Kawasaki’s powerhouse flagship following in a long tradition of hyperbikes such as the Z1, GPz900R and ZZ-R1100. If you want the king of speed, this is the one…

The big, ballistic ZZ-R follows in the footsteps of great Kawasaki hyperbikes of yore. In other words: although now restricted to an ‘industry agreed’ 186bhp (300kph) top speed, in every other respect, and not withstanding Suzuki’s similarly impressive Hayabusa, the ZZ-R1400 is the reigning ‘king of speed’. That massive 1441cc engine kicks out more power, more torque and, most importantly, accelerates more quickly than any other current production road bike. For many that’s all the appeal it needs.

But of course there’s much more to it than that. First introduced in 1352cc form in 2006, the ZZ-R is a proper, old school Autobahn-muncher. It’s long, low, hefty and focused. But it’s also impressively luxurious, pleasingly crafted and comfortable. No grand tourer, maybe (Kawasaki now has the similarly-powered, more upright 1400GTR for that) but if you want to get to Venice today, with the least fuss and bother, the ZZ-R is about as effective as it gets.

In a straight line stability is immense, but a revised chassis and suspension (amongst other things, see below) in 2012 means that, although still a big heavy bus, the ZZ-R handles far better than you might expect as well. It’s also now well-equipped with a new three-way traction control system, powerful ‘petal’ brakes, fully-adjustable forks (the rear shock is preload only) and standard ABS, while quality and finish is very good, too. In fact, whichever way you look at it, the ZZ-R1400 is one helluva lot of bike – and pretty good value for the price, too. 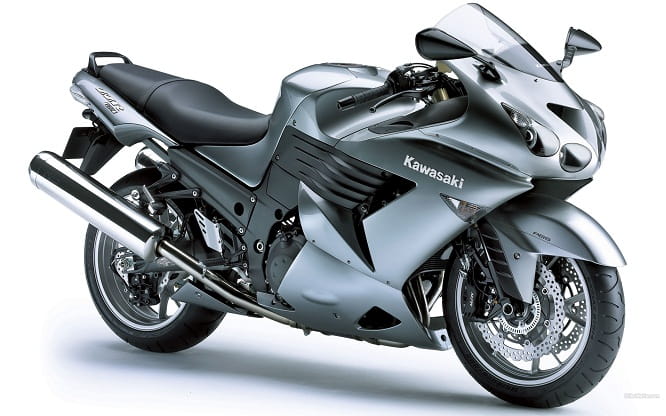 Like most Kawasakis since 2003 the build quality, durability and reliability of the ZZ-R14 is better than most. The engine in particular, despite its potency, is pretty much bomb proof. As long as the service history is good it’s best instead to focus on cosmetic finish (regular high speed or motorway use can result in stone chips and degraded finish) and the wear and condition of consumables which get a particularly hard time from such a high powered machine, namely chain, sprockets, tyres, brake pads and discs and so on. Discs in particular on some earlier models have ben known to warp. Very early (06) bikes also had a recall for a frame modification while some early bikes also had their secondary butterflies removed to ease fuelling (although if this was done it will also need an ECU remap.

Common accessories include hard luggage and performance silencers while many taller riders fit a ‘double bubble’ or similar screen.

Original ’06 bikes were recalled for a frame modification and due to a few instances of warped discs.  The biggest changes came in 2012 with virtually and all-new bike. There was a new engine that took capacity from 1352cc to 1441cc, added KTRC (Kawasaki’s traction control system), switchable power modes, a stiffer (and heavier) frame including a longer swingarm and subtly revised bodywork. 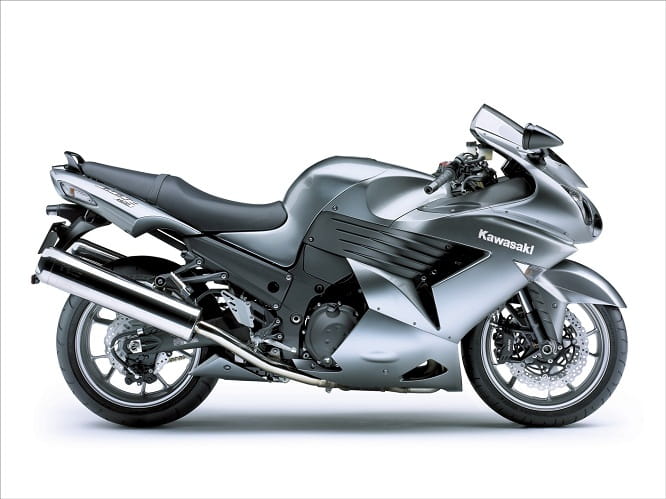