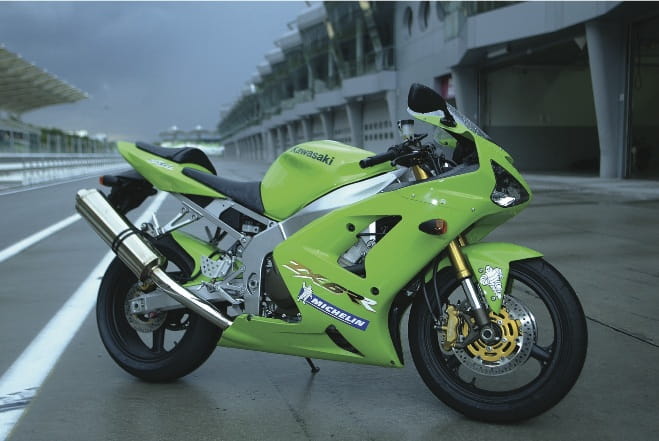 The 2003 Kawasaki Ninja ZX-6R B1H was a revolutionary bike in many ways. Not only was this the first of a new breed of aggressively styled models that dragged Kawasaki out of the dark ages and firmly back into the spotlight, it also broke the established rules and introduced some new technology.

To be fair the 2003 bike wasn’t the first Ninja to be 636cc, that honour went to its previous incarnation, but the B1 was the first road bike to gain radial brakes as standard, the first supersport bike with inverted forks and also the first to arrive with a very special little brother. Due to the fact Kawasaki had chosen to big-bore its road bike, the Ninja required a 599cc homologation special to be eligible to race in the World Supersport championship. The ZX-6RR K1 was born.

Homologation rules stipulated that 1000 RRs needed to be built, however for reasons that we will go into later Kawasaki probably exceeded this number. So what did riders get for their money in 2003? To be honest, not a lot…

The ZX-6RR was basically a very slightly modified ZX-6R and is best thought of as a stepping stone towards a full-on race bike rather than anything as exotic as a Ducati SP model. The RR has the same wheels, chassis (although the swingarm pivot is adjustable by +/- 2mm) and suspension as the road bike and from the outside it is only the discrete ‘RR’ badge on the fairing that separates them. Under the fairing the engine is a true 599cc capacity (it’s unlikely many racers stayed this way!!!!) and boasts a close ratio gearbox, forged pistons and a slipper clutch. The rev limit might have been increased by 200rpm and the compression ratio upped to 13:1 thanks to these changes, but power is reduced by 5bhp and the torque is also lower by 1.5lb.ft. Riders spotted that despite the homologation special tag, the truth of the matter was that the RR was not only slower than the stock bike, it was £1000 more expensive and compromised for road use. Of the 50 bikes that arrived in the UK in 2003, most went straight out to race teams with road riders opting for performance over exclusivity. Did this bother Kawasaki? Probably not. While the RR failed in its task to win the WSS title due to the stunning Honda CBR600RR, the ZX-6R ruled the roads thanks to its increased engine capacity. Spotting this trend, Kawasaki stuck with the 636cc motor for the radical 2005 update and the odd thing is that that the RR remained in the model line-up. Despite technically being an outdated machine, the only Ninja that was homologated for race use until the 2007 Ninja returned to 599cc was the 2003 ZX-6RR! Which is why it’s unclear exactly how many RRs were built and is the reason you often see them popping up on a 2005 or 2006 licence plate. But are they worth buying? 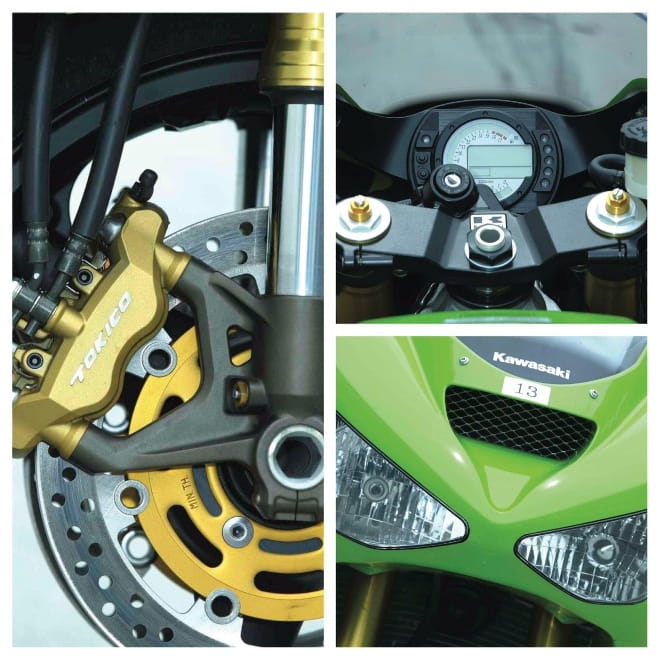 The ZX-6RR is an interesting machine, mainly because it was so unpopular with road riders. The vast majority of RRs ended up on track and therefore finding a nice, unraced, road bike is moderately tricky. Dealers quite often don’t appreciate what they are and where the B1H is a very popular used buy, the K1 isn’t and costs about the same if not less. At the moment prices are low, but it isn’t beyond the bounds of reason that this will change due to their rarity. It’s not going to make you a fortune, but if you see a tidy ZX-6RR, ideally on a 2003 plate, for around £3000 it would certainly be worth considering.