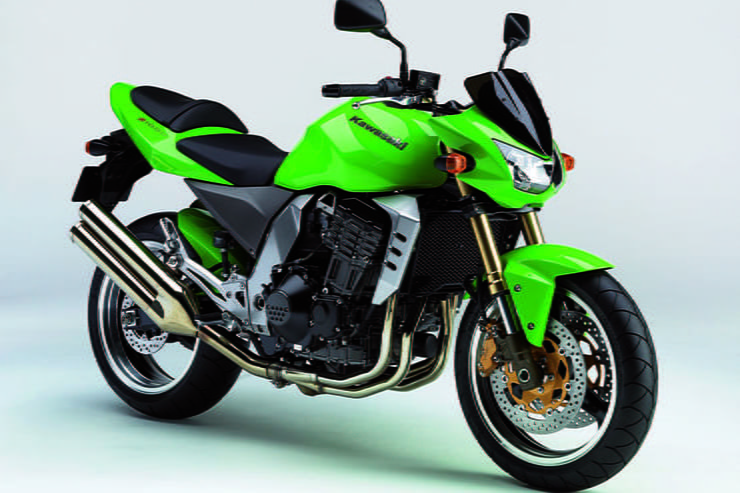 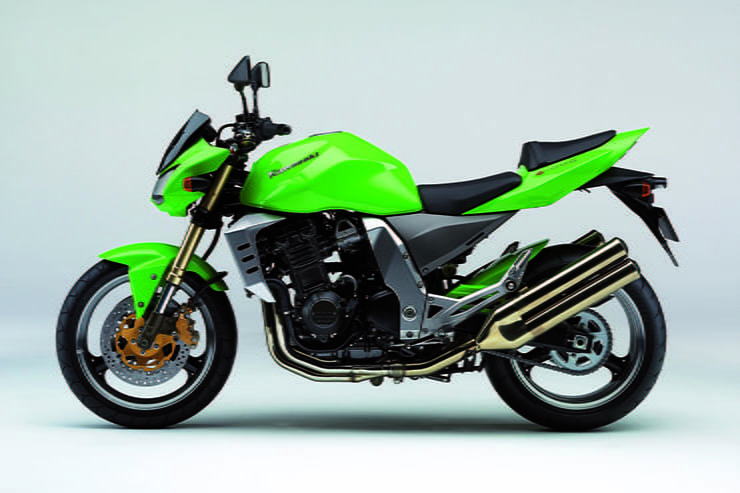 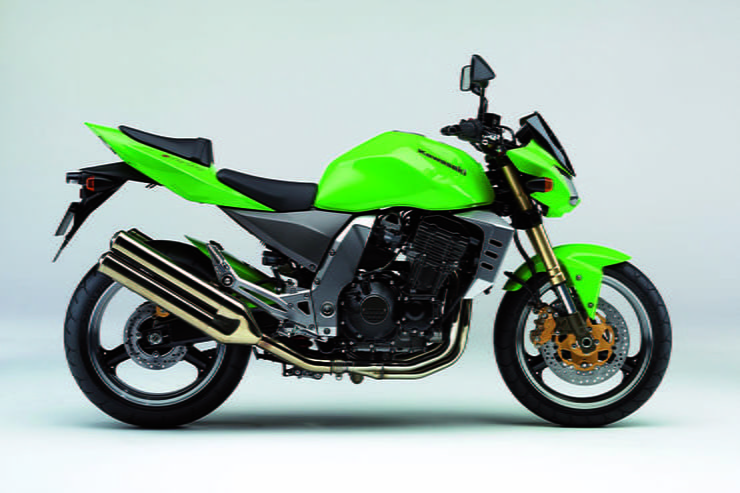 The 2003 Z1000 was a milestone model for Kawasaki as it signified that the company was changing the way it thought. Devoid of the passion that riders generally associated with the brand, and saddled with a model range that was well behind the times, Kawasaki’s top management decided to grab the firm by its neck and give it a damn good shake up. And this process was led by a new head of design – Shunji Tanaka.

Poached by Kawasaki from Mazda, where he had designed the MX-5, Tanaka was known for his bold outlook and he instantly started to introduce a range of aggressively-styled bikes aimed at the European market. Brash, wild and unashamedly Kawasaki, these new models formed the basis for Kawasaki’s resurgence in the 2000s and none sum up the radical departure from the old regime than the Z1000.

Released alongside the radical ZX-6R in 2003, the Z1000 was like a bolt from the blue. Using a larger capacity ZX-9R motor with a fuel-injection system added, the Zed was the first of a new breed of nakeds from Japan that pushed the styling boundaries. Painted in lurid single colours such as orange and green, the Zed instantly stood out from the other dull naked bikes from Japan and its beautiful twin pea-shooter exhausts made it even more desirable. A cult formed almost overnight and the Z1000 has remained a hugely popular machine ever since.

While the Zed’s performance isn’t a patch on the current Z1000, or any of the new breed of super-nakeds from Japan for that matter, it still remains a great used option if you want something a bit different. The ZX-9R motor has good grunt and although the chassis is a little soft when pushed, this isn’t too tricky to rectify and it is a fun machine to ride. However what the Zed offers, and so many rivals lack, is a truly unique look that even in 2019 is interesting enough to excite without being too garish and overly plastic-fantastic. 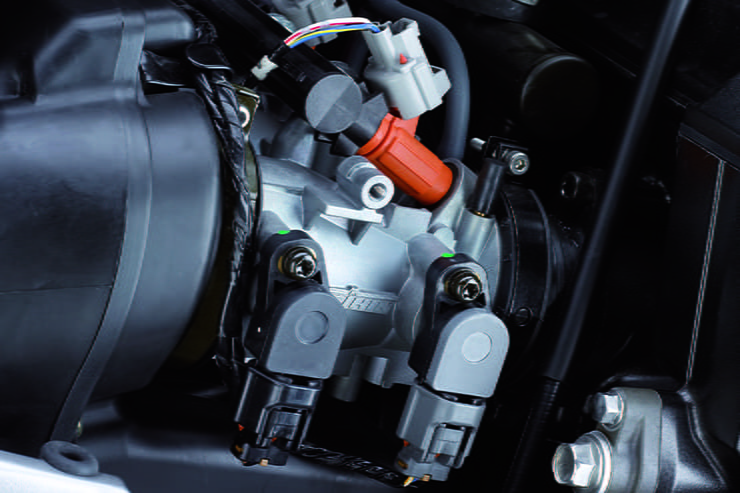 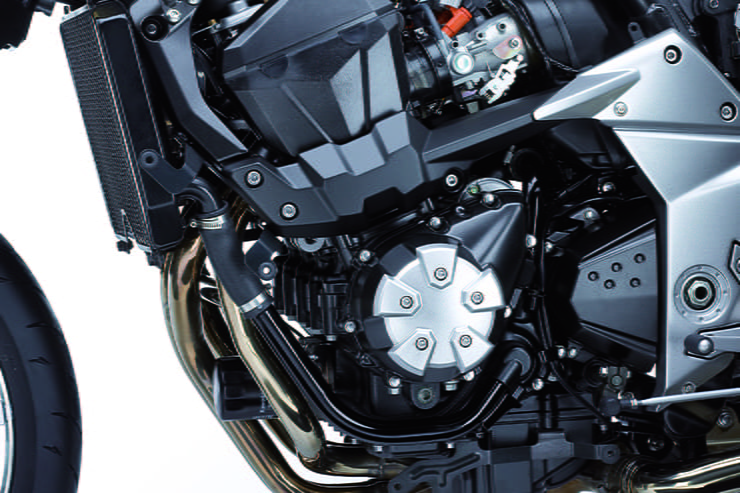 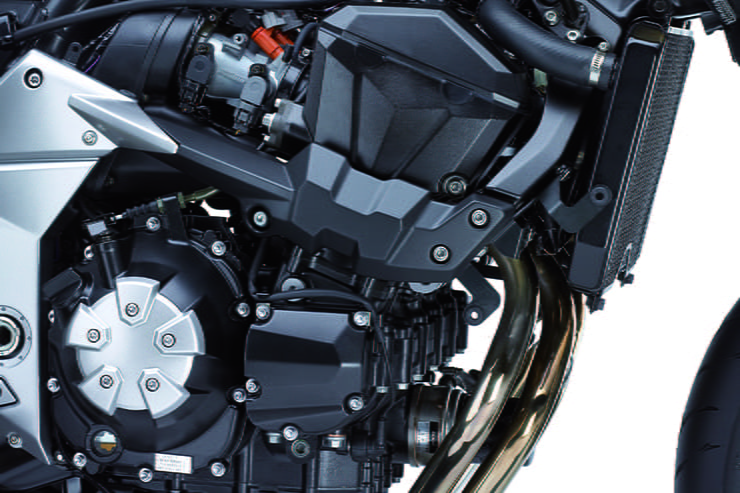 The Z1000 is a fairly solid machine, however it does suffer from a few small irritations that are worth keeping an eye out for. And not all of them are due to Kawasaki…

The ZX-9R-derived motor is very solid but its fuel-injection system (the ZX-9R ran carbs) can start to see sensors failing with age so watch out for any warning lights on the dash. A very few bike suffer gearbox issues, but these are few and far between. The biggest thing to watch out for with the Zed’s engine is the OE exhaust pipes, which although very restrictive and heavy (nearly every owner removed them) add to the bike’s character and are therefore worth ensuring you get included in the package. In fact, try and aim to buy a bike that comes with the OE cans over one that doesn’t as they may be sought after in the future.

Onto the chassis and the Zed’s suspension does let the side down. Softly sprung as standard, it isn’t a great set-up and many owners swap the OE forks for units from a 2004/05 ZX-6R (this gives the first generation radial brakes) and the shock for a ZX-6R or ZX-10R unit. While this works, you do need to check they have been re-valved/re-sprung to match and while a used shock is cheap, it is often better to buy a dedicated aftermarket unit designed for the bike. In terms of finish the Zed isn’t bad, but the brake calipers let the side down with corrosion and sticking pistons a common complaint. ABS was only an optional extra on the updated post-2007 generation.

A lot of Zed’s get modified and this can open a can of unreliability worms. If the bike has aftermarket bars fitted check the brake lines are long enough when the forks are fully extended and that the throttle lines aren’t compromised by moving the bars from lock to lock with the engine running while listening for a rise in revs. Be wary of electrical bodges, especially on tail tidies and small indicators, and see if the bike has been remapped to suit any aftermarket pipes. And if the suspension (especially the forks) has been changed, ensure it has been set-up to suit the bike and fitted by someone competent!

Finally, and this is a bit of an odd one, always give the bike a thorough check over for loose bolts. Owners know that they will get more for any accessories (pipes, belly pans, screens etc) if they remove them from the bike and sell them separately (generally on forums) and don’t always take the required care when it comes to putting the bike back together again! 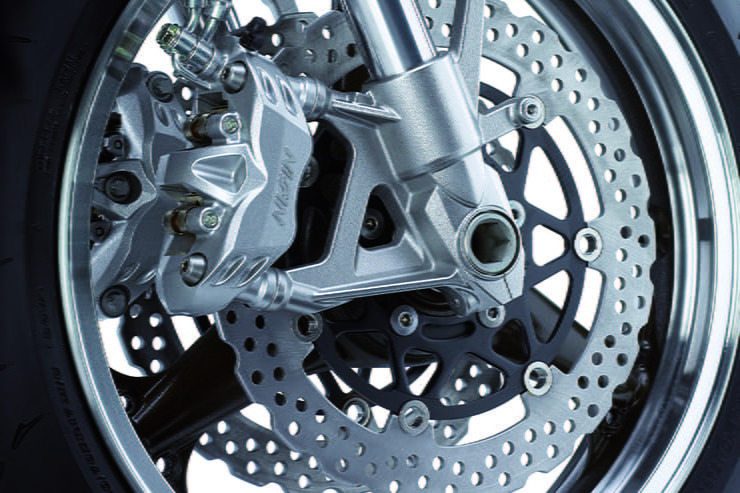 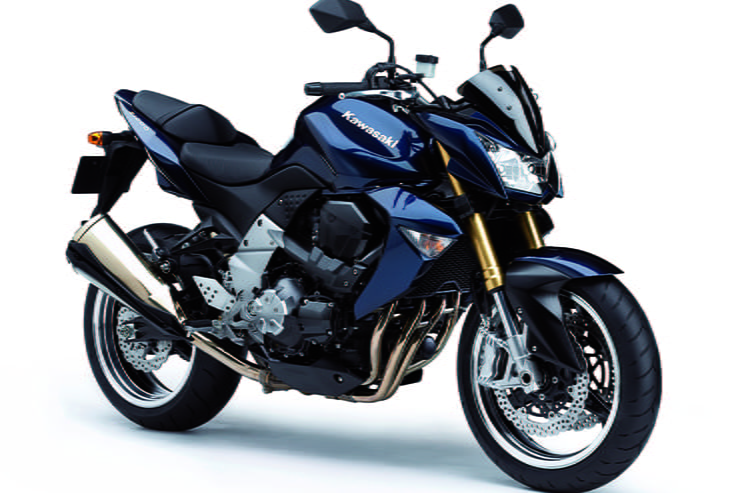 The Z1000 was updated in 2007 with a new style and some revisions to its chassis and engine, but in truth it wasn’t that much of a radical departure from the old model. The inline four remains essentially the same, but a re-tune through new cam profiles and 0.5mm smaller valves sees its low and mid-range boosted while the flywheel was increased in weight by 7% and the gearing lowered. Peak power and torque remained virtually unchanged. The chassis’s rigidity and subframe were altered to improve its handling (new engine mounting points were claimed to reduce vibration), the wheelbase extended slightly through a new swingarm and the bars moved closer to the rider to give a more aggressive stance with the seat made 40mm narrower. Finally, to add some visual bling, the exhausts were updated and radial brakes added with ABS an optional extra. The Z1000 was completely revised in 2010 with the new 1043cc generation. 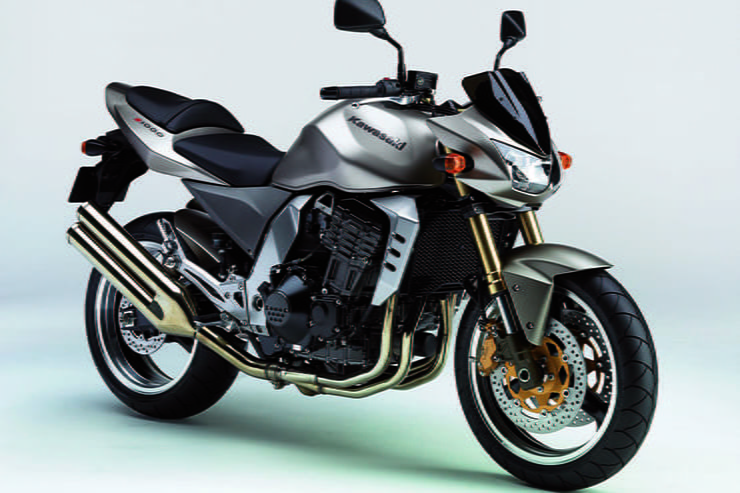 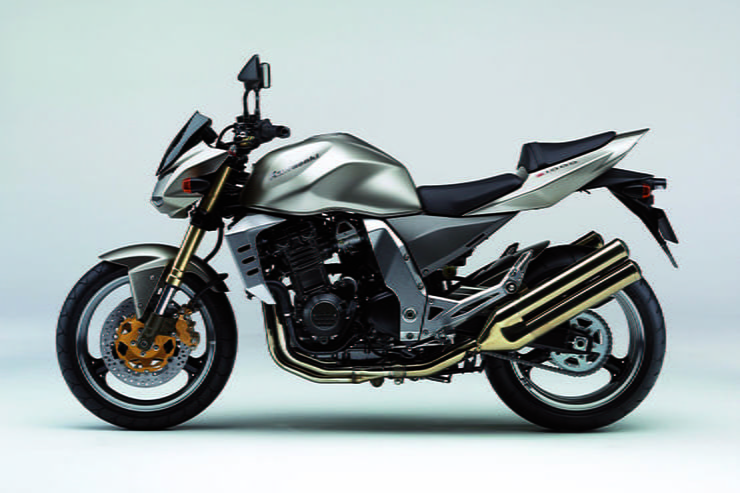 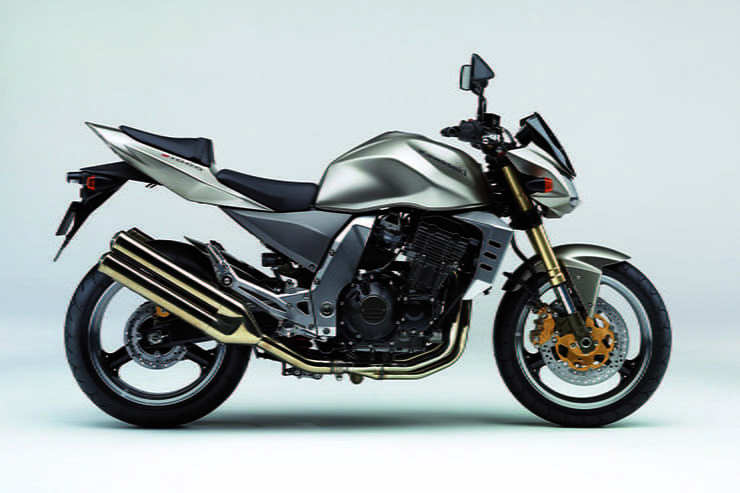 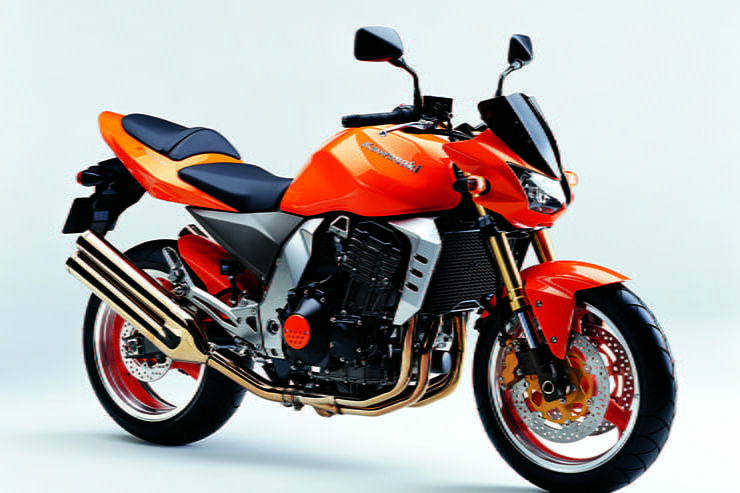 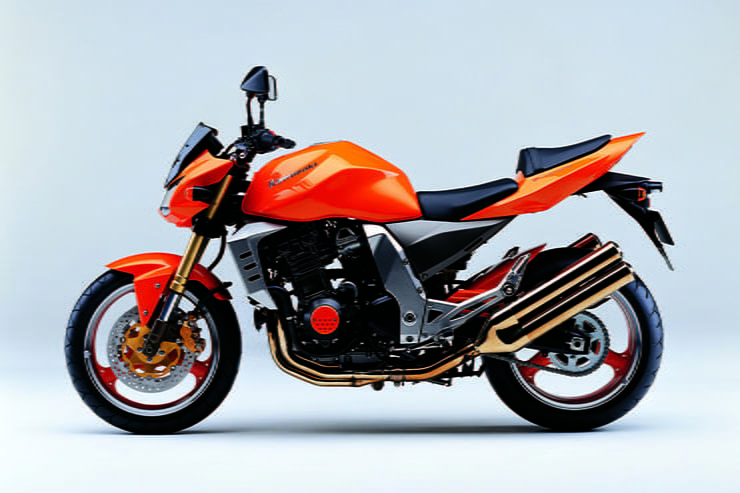 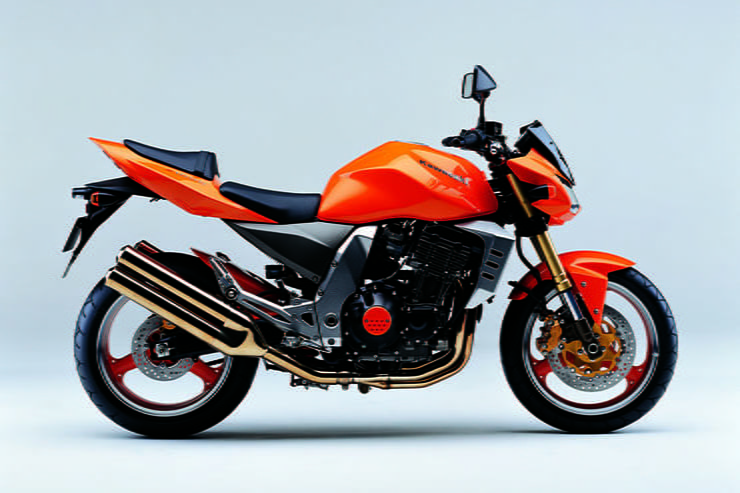 The original Zed’s unique look does make it a popular used buy, so prices aren’t as low as you may hope. You can pick up a well-used 2003 model in a private sale for as little as £2,800, however a dealer is likely to ask closer to £3,400 with the top end being between £4,000 and £5,000 for a 2006 bike displaying a low mileage. Prices for the updated 2007 generation start at £3,500 as it isn’t as sought after as the original model due to its slightly less striking looks and rise to £5,500. And if you want to save even more cash, buy a silver model as the green and orange are far more popular colours with buyers… 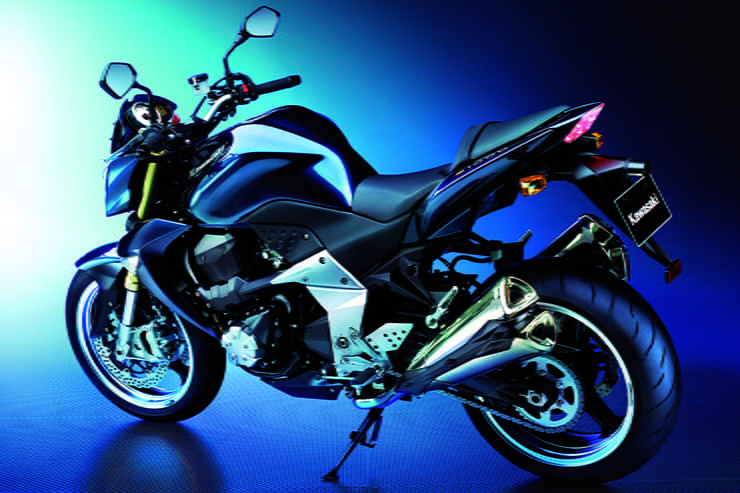 The Z1000 has lot of fans and as a result owners’ clubs are fairly common. The UK-based Zed Owners Club at www.zedoc.co.uk is quite active and there is also the Kawasaki Zed Owners Club at http://z1000uk.proboards.com/ and the Z1000 Forum at https://www.z1000forum.com/. Just don’t get mixed up with the classic Z1, that’s a totally different bike!