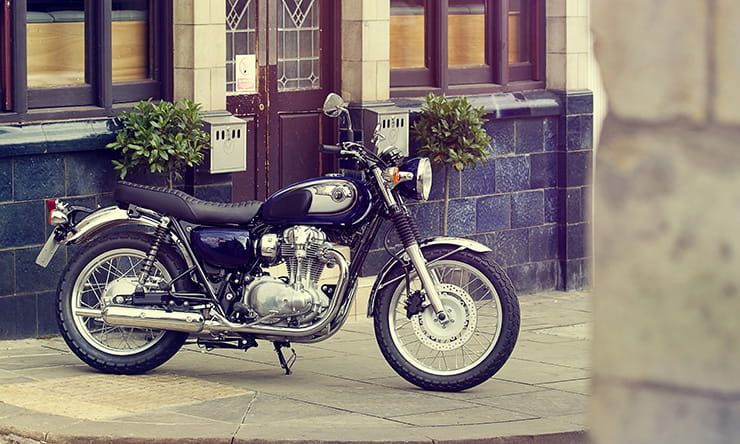 In a period when retro bikes are all the rage, Kawasaki’s W800 continues to slip under most rider’s radars. Not only that, but thanks to Euro4 regulations the air-cooled motor is set to be consigned to the bin at the end of next year and you can virtually guarantee that when that happens the W800’s popularity (and therefore prices) will soar. So should you get in there early? In a word – yes!

There is so much to like about the W800. Not only is its styling beautifully old-school in a similar fashion to Triumph’s Bonneville range, in many ways its engine is more authentic, certainly when compared to the new Bonnies. The Kawasaki’s parallel twin is air-cooled and even has bevel-gear-driven cam to add to its retro authenticity, just like the original 1966 W-series bikes, and it feels and thumps along with proper charm if not a great deal of power. But does this lack of grunt matter? Not at all.

The key to a good retro is how it looks when you open the garage door and feels to ride and on this score the W800 is a winner. Kawasaki’s attention to the finer details is excellent and even extends to a lovely drum rear brake set-up. So why hasn’t it sold? To be brutally honest, having Kawasaki on the tank isn’t as cool as Triumph, it’s as simple as that. If this fact doesn’t bother you (it shouldn’t) then buy one of the best-kept secrets in the retro market. And do it now!

The W800 is one of those bikes that it is almost impossible to find any real faults for, mainly due to the fact they don’t cover great distances and are a pretty under-tuned motor. The best guide when buying is to look for a clean, low mileage, example and snap it up. Don’t rush into buying a higher mileage model, the W800 has never been that popular and as a result the used market is pretty over crowded with minters. There are a few accessorised bikes with official Kawasaki items such as fly screens and a single seat unit, and even loud pipes, which are always worth looking out for if you want that kind of thing but avoid anything that has been heavily chopped around or modified. Always perform an HPI check on a used W800, Kawasaki have been regularly running discounts in an attempt to shift old stock and many are bought on finance.

The W800 has never been updated as such, however Kawasaki have released a few ‘Special Edition’ W800 models that feature black paint on their exhausts, engine and other chassis components. They cost a few hundred quid more new but in the used market don’t command any premium over a stock W800. In 2016 Kawasaki also revealed a ‘Final Edition’ version, which costs £7149 and gained a cool orange or brown paint scheme. Annoyingly, if you want one of the earlier W650 models (1999 to 2005), which the W800 replaced after a brief hiatus, you may well end up paying over the odds as the earlier bike is more popular in the retro scene than the new model, probably because it has carbs! 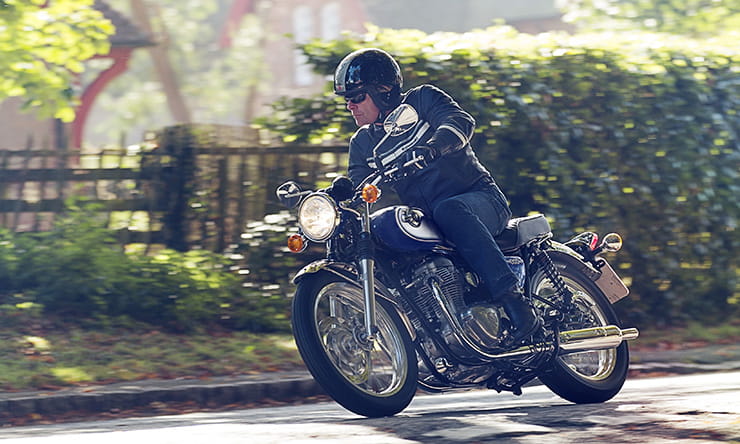