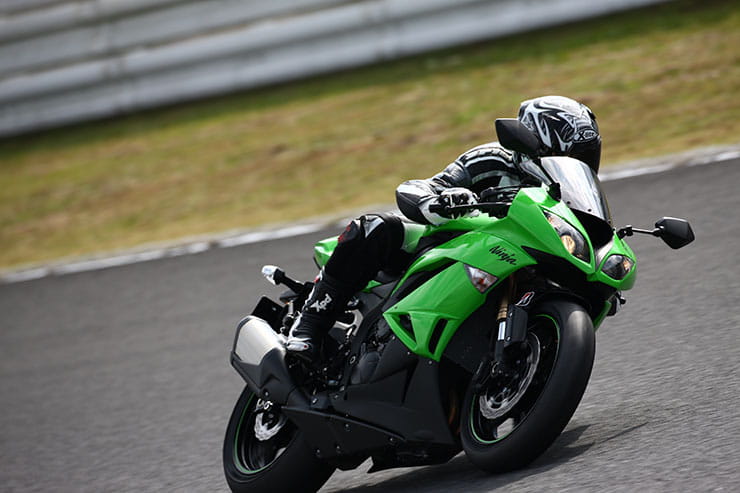 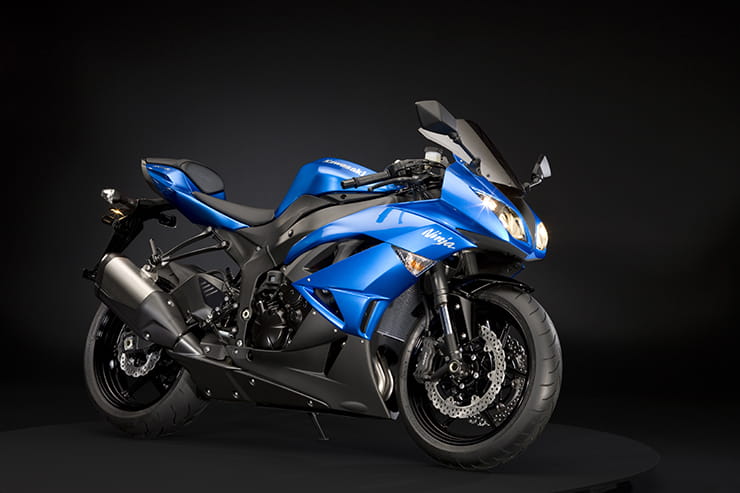 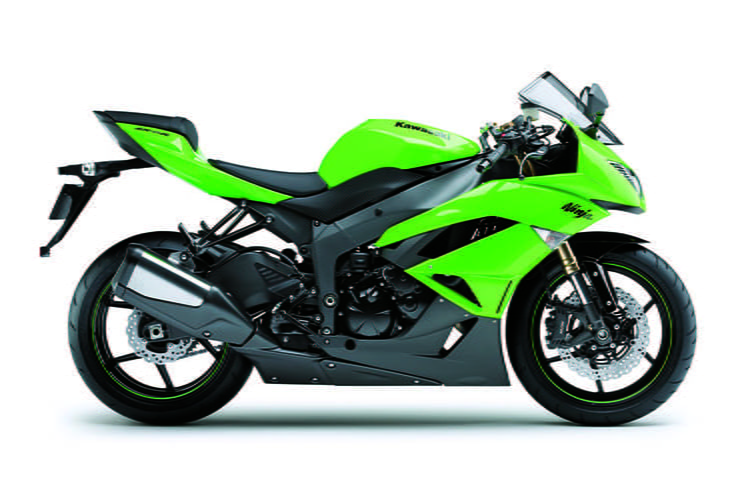 In recent years, Kawasaki’s Ninja ZX-6R has gone up and down in capacity more times than most of us care to remember. Starting life at 599cc, every time Kawasaki feel the need to respond to owners’ criticisms about it being too top-endy and lacking mid-range, they increase it to 636cc as a stop-gap. Then, a few years later, they reduce it back down to 599cc while claiming to have ‘added mid-range through revised engine internals’ before upping it back to 636cc again a few years later… So where does this leave the 2009-2012 Kawasaki Ninja ZX-6R?

Replacing the 2007 Ninja (which was also 599cc but was an update of a 636cc model) with a heavily revised engine offering all the usual claims about enhanced mid-range achieved through porting tweaks and gas flow control, this time Kawasaki weren’t telling porkies because as well as upgrading its Showa suspension to make it a bit sportier, this generation came with an absolute cracker of a 599cc supersport motor while also junking the underseat pipe for a side-mounted item.

Where previous Ninja generations are just a bit too wild and rev-happy to make for an enjoyable road bike, the 2009-2012 machine’s very healthy mid-range makes it a real joy on the open road. Yes, being a supersport machine there is a fair bit of revving when you up the pace, but you can also ride this bike on its mid-range without the feeling that it is gasping for breath. Add to this some excellent Showa suspension that while targeted at track use can easily be set-up to deliver a plush road ride and a riding position that is sporty but not ridiculous and it all adds up to one of the better Ninja generation for road riders who may like to take on the occasional trackday. The only issue is the fact the updated 2013-2018 bike is a touch better on the road due to (can you guess it?) - an updated 636cc engine!!! 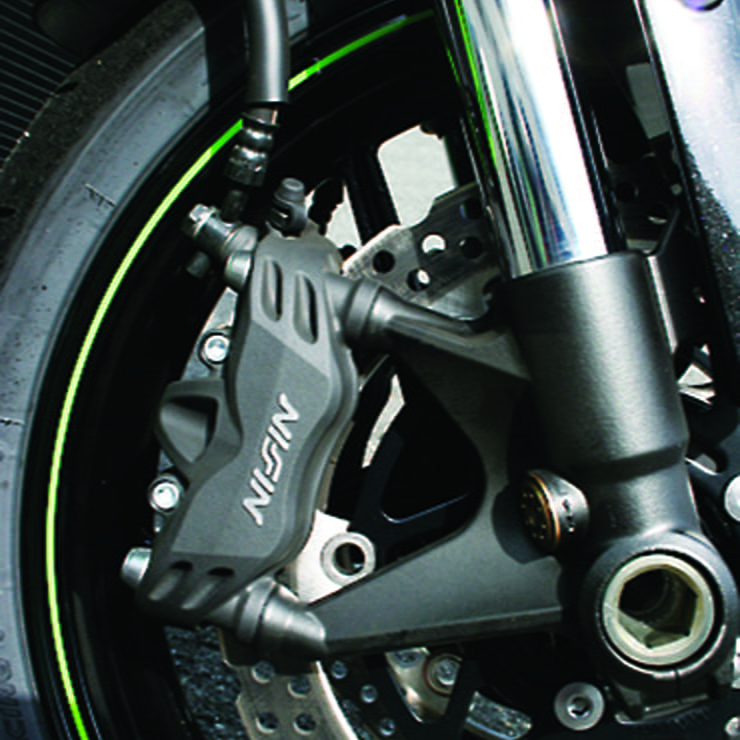 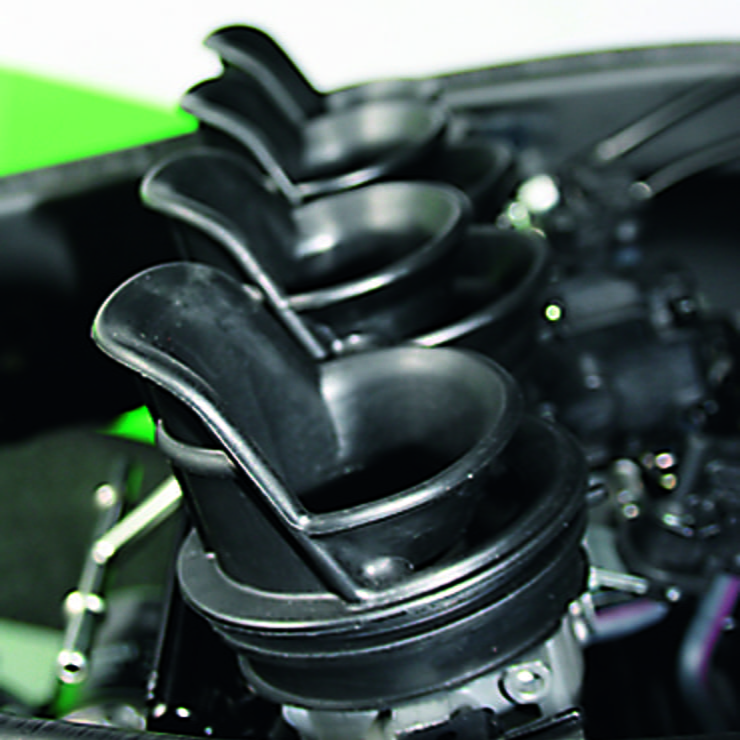 This generation of Ninja ZX-6R isn’t that old and as a result major faults are fairly few and far between – your main areas of concern are far more down to the previous owner than the actual motorcycle’s sturdiness! And a lot of owners do their very best to ruin this bike’s solid reputation…

A lot of Ninjas get taken on track, it’s just one of those kind of bikes, and so your first concern is if it has been trackdayed and crashed. A bit of track action isn’t a huge issue, but ending up in a gravel trap is and so give the chassis a very thorough inspection with the swingarm, fork bottoms and engine cases the areas to focus on as this is where scrapes tend to remain as they are expensive items to replace. Also take a look at the shock because a common trick to speed up the Ninja’s handing (if you believe forums) is to slip a 4mm spacer under the shock’s mounting to jack the rear end up a bit. Another worry is the paddock stand lugs on the swingarm, which aren’t very robust and if the bike is dropped with a crash protector fitted here or just taken on and off a paddock stand a bit roughly can actually fracture. 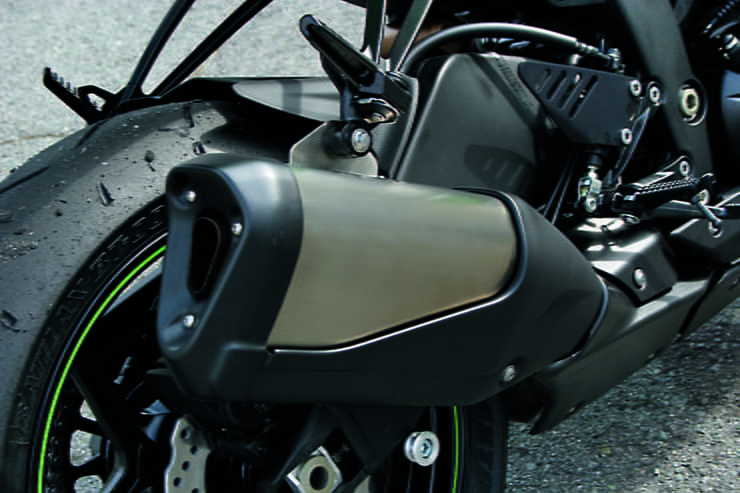 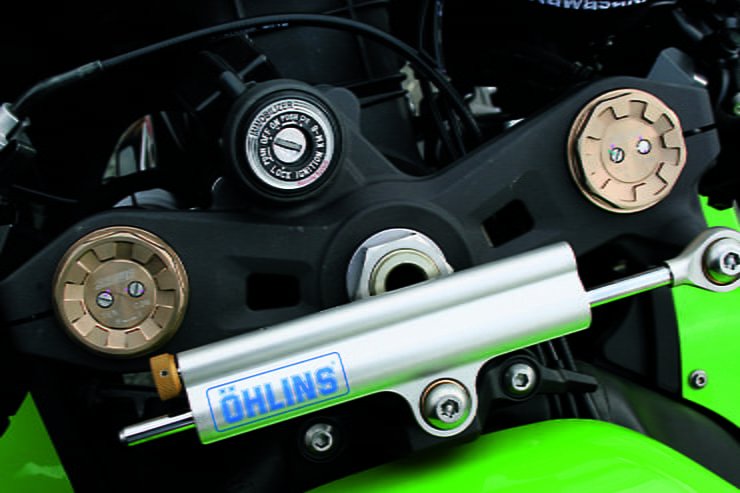 Race exhausts and de-cat link pipes are very common on the Ninja, which is no bad thing as long as the fuelling has been tweaked to suit, however a lot of owners (again, forums are to blame here) believe that hacking the intake trumpets makes the bike produce more power – it doesn’t so ignore any ‘it’s tuned’ claims and aim for a bike with an unmodified airbox. And be wary of any bike with a quickshifter fitted as unless it has been set up by a competent professional, it can cause excessive gearbox wear due to a poorly set kill-time smashing the gears together.

If all appears well, you are down to the basics such as checking for any fault codes on the dash, ensuring the discs aren’t warped (this is another track use clue), HPI and service history checking and inspecting the suspension/linkages for wear and tear.

As a final note, don’t pay extra for a heavily modified bike. While its previous owner may think investing in stubby levers/rearsets/a double bubble screen/wheel tape is cool, not everyone else does and they don’t add to a bike’s price tag! 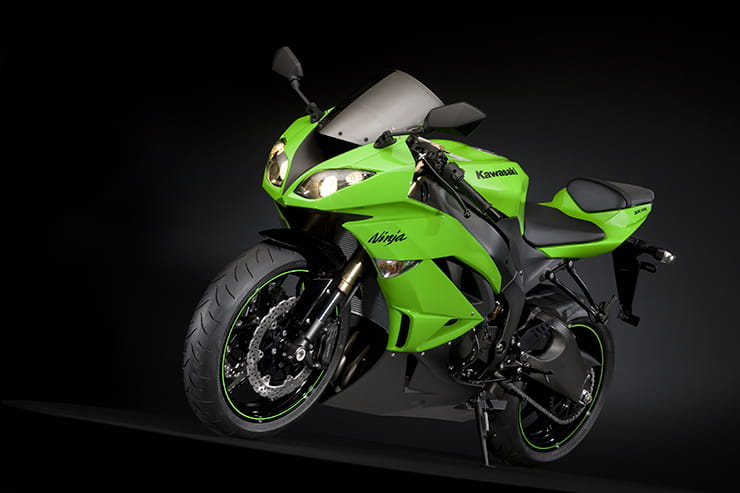 The 2009 Ninja ZX-6R replaced the ‘underseat pipe’ generation, which ran from 2005 until 2008 with an update in 2007 that reduced its capacity back down to 599cc from 636cc. The 2009-model ran until 2012 in 599cc capacity when it was replaced by a ‘new’ 636cc version that alongside a tweaked engine with a longer stroke also gained upgraded suspension with Showa’s new Big Piston Separate Function Front forks (BP-SFF), an altered shock, its brakes updated to monoblock Nissins (with race-ABS an option) and a three-level traction control system introduced. This generation ran until 2019, when the Ninja was once again treated to a few updated to make it Euro4-compliant and treat it to a bit of a restyle. 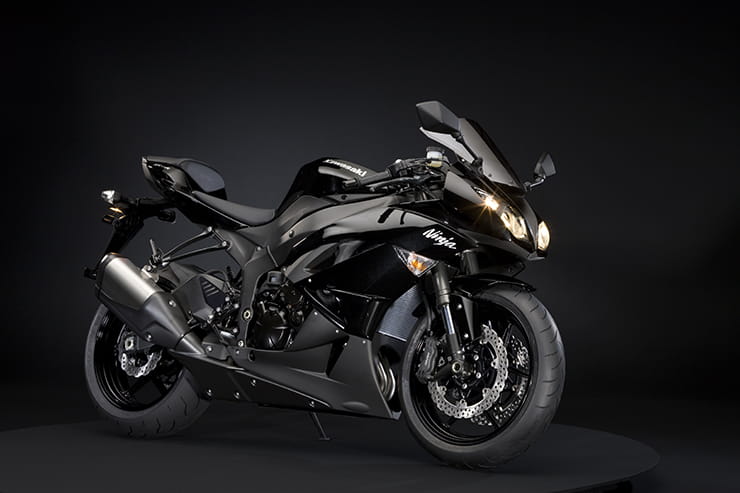 This generation of Ninja ZX-6R hung around for quite a while in dealers as it was launched right in the middle of the financial crisis, which means they aren't as plentiful as you would imagine, as dealers didn’t over-order when new, due to slow sales. This means prices tend to be a touch higher than some other supersport bikes and you need to expect to pay roughly £4,500 for an early bike in a dealership, with later machines commanding closer to £6,000. A private sale will chop in the region of £700 from this price tag. Typically for a Kawasaki, green sells, black is also popular but other colours such as blue are generally a few quid less!

The ZX-6R is a massively popular bike in terms of forum coverage as its owners tend to like to modify or race them. You can pick from https://zx6r.com, www.zxforums.com, www.zx-6r.net or www.kawasakiworld.com and there is also a UK-based Kawasaki Ninja ZX-6R Facebook page. For tuning and performance tweaks, give MSS Kawasaki a shout at www.mssperformance.com as they are the best in the UK at making green bikes go very fast!