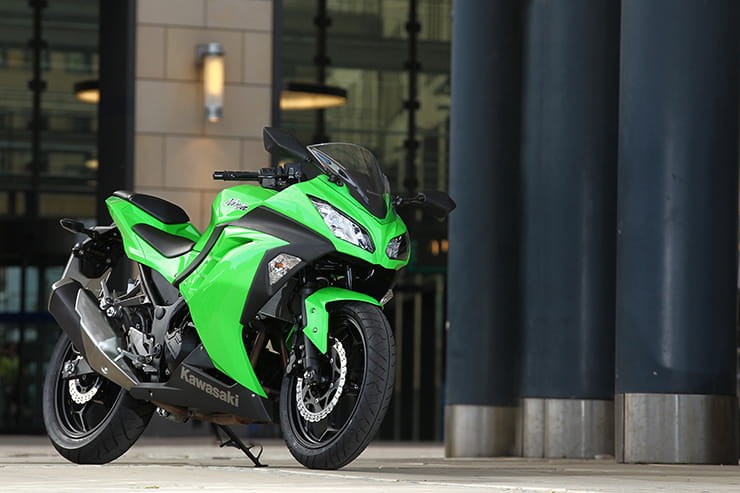 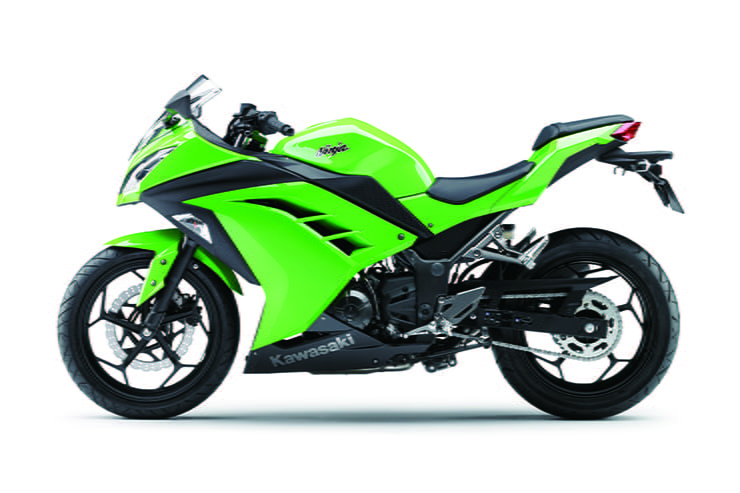 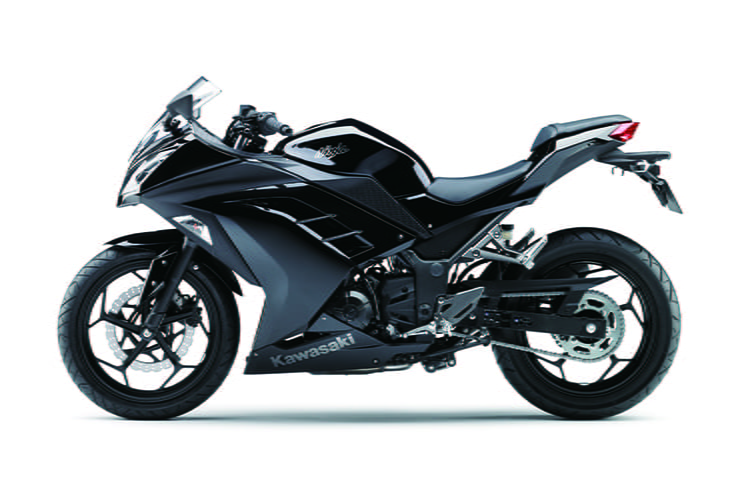 Taking over from the hugely popular Ninja 250, the Ninja 300 arrived in 2012 and brought with it a whole heap of added Ninja attitude and technology to Kawasaki’s surprise hit A2-legal mini-sportsbike.

Featuring a new frame with added bracing to improve the Ninja’s handling and also rubber engine mounts to reduce vibrations, the 300 came equipped with a fatter rear wheel, optional ABS and a sharper look. In addition to this new chassis, a larger capacity 296cc parallel twin gained a whole host of internal enhancements as well as a slip and assist clutch, making this already brilliant A2-legal bike even better.

A bike that was so successful it actually outsold the Ninja ZX-6R in the UK, Euro4 regulations saw it sadly discontinued at the end of 2017. However, help was at hand and 2018 saw the Ninja 400 appear to continue the legacy of Kawasaki’s A2-legal Ninjas.

Costing £4800 in 2012, you can pick up an early Ninja 300 in a private sale for just over £2000 while a dealer will probably be asking for closer to £2500. If you want a later model then expect to pay between £2700 and £3500 depending on age. There are a few ‘Performance’ and ‘KRT’ models that feature unique paint and bolt-on extras, but they shouldn’t command much additional premium in the used market.

With an A2-legal claimed 39bhp backed up by 20lb-ft of torque, the Ninja’s parallel twin engine is surprisingly zippy with a decent mid-range considering its small size. Get it revving and you can see over 80mph on the speedo, which makes it acceptable for dual carriageway use, and the motor has little to no vibrations with a wonderfully smooth throttle response. Despite to the fact it will spend the vast majority of its life near its red line, mechanical issues with the motor are few and far between as long as it has been serviced regularly, so always check it history. The parallel twin needs its valve clearances checked every 7500 miles, which although not a big job (factor in roughly £300 including a service at the same time), is often skipped. The minor service is every 3750 miles and should cost about £150.

Sadly, despite looking like a full-size Ninja the 300 sounds anything but big bike with a very farty exhaust note letting it down when you ride past. A lot of owners fit a freer-breathing end can, which makes a huge difference to the exhaust note, but even if it has a stock exhaust give it a very good inspection as they are known to rot and hole. The gearbox, like the engine, is very robust and it is pleasing to see the 300 has a slip and assist clutch, which gives a featherlight clutch action (25% lighter than the Ninja 250’s), making it ideal for town use. As with any used commuter bike, always give the engine’s cases a very close inspection for any signs of crash damage and also check the state of the chain and sprockets as they will cost roughly £100 to replace. 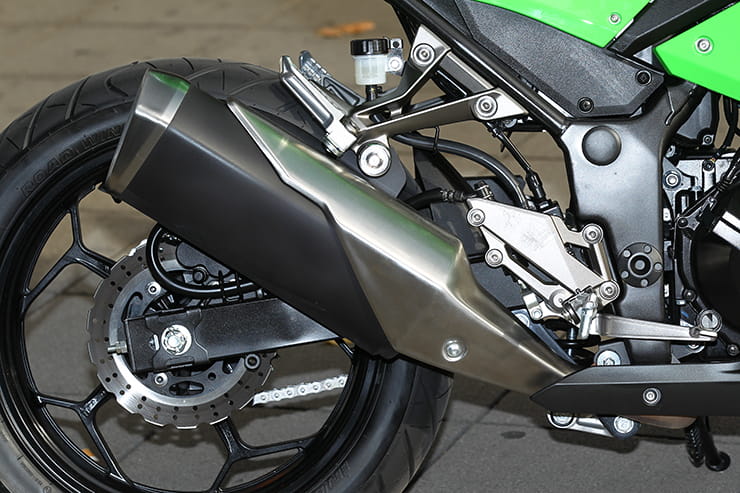 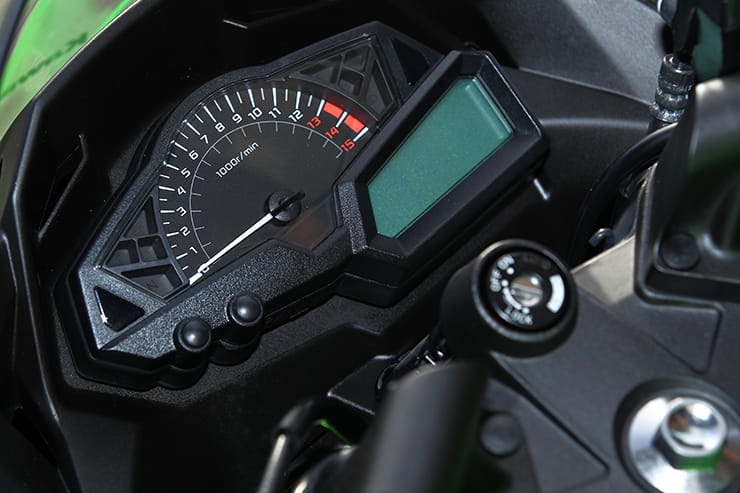 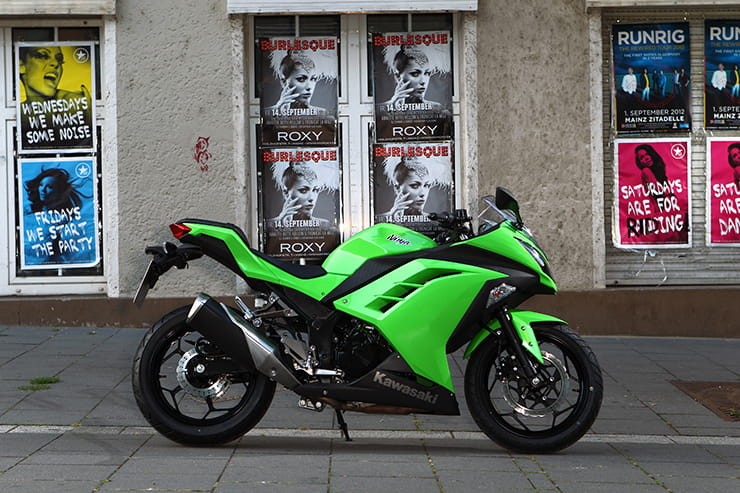 Kawasaki claimed the Ninja 300 was more fuel-efficient than the outgoing 250 despite its boost in performance and economy figures of in the 70-80mpg range are fairly easily achievable. When combined with its 17-litre fuel tank that should see a theoretical tank range of just under 300 miles – making it virtually a sports tourer…

Already a fairly decent handling bike in its 250 format, the 300 brought with it an all-new chassis that took this a stage further and it even had its own one-make race series. As well as rubber-mounting the engine for reduced vibrations (although interestingly the footpegs are now not rubber mounted) the tubular steel frame was made stiffer for the 300 and its suspension also upgraded and a fatter 140mm rear wheel fitted. Get shot of the hideous standard equipment IRC tyres, which have next to no grip, and with a quality set of branded items you can really enjoy the Ninja. Its suspension is fairly soft (the shock has five-stage preload adjustment), but that has to be expect on a commuter-style of bike, and if you are confident it can certainly be made to hustle. In town it is light and agile, which is reassuring for newer riders, and there is also a lovely ‘big bike’ feel about its riding position, making it comfortable for taller riders.

ABS was an optional extra one the Ninja, so search it out if you want it, but the stock single two-piston sliding front caliper is acceptable in its performance and the petal disc is a nice touch on a budget bike. Always watch out for sticking calipers as this is a weak point and be aware the ABS system was recalled in late 2013, although only 50 bikes were affected so there is a fairly low chance of encountering one of these machines. 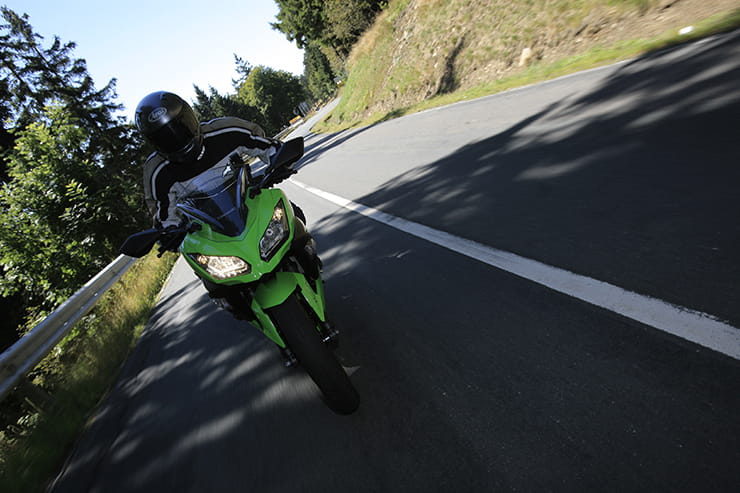 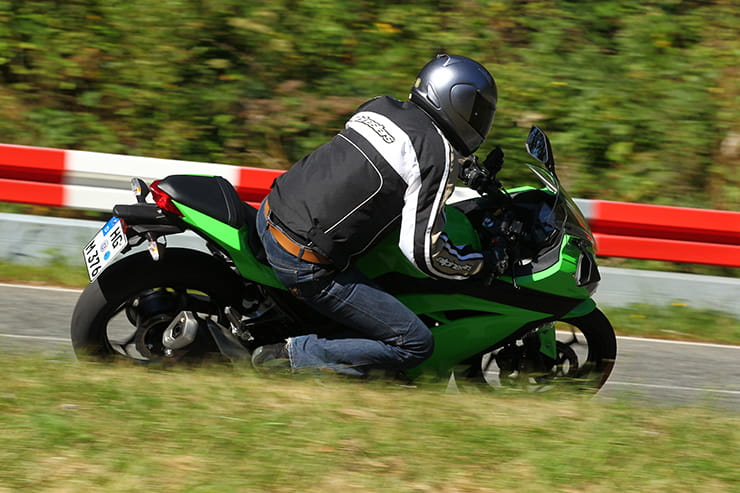 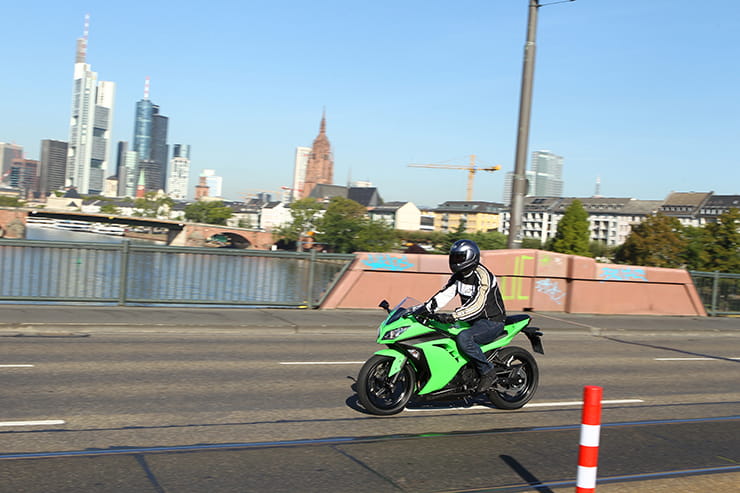 Touring isn’t really an option on the Ninja due to its small size and relative lack of performance, however there is no reason not to cover a decent mileage as the riding position is comfortable and the fairing fairly effective. You can fit a taller screen if you are particularly tall with loads of aftermarket items out there. When buying used always check the fairing for scrapes and miss-matched coloured panels that hint at a spill and also listen out for rattles, not all fairings fit that well from the factory and can vibrate a bit, which is annoying. Internet guides on how to stop the rattle with strategically placed foam pads are out there.

In terms of rider aids your only option is ABS, which is easy to spot. Be aware that the light being the LCD dash is known to fail on some bikes, which is very annoying at night. Always check this is working by sheltering the dash from light and seeing if you can still read it!

Back in the day the Ninja 300 was a huge success and dealers were rightly distraught when Kawasaki were slow to replace it with the 400. If you are after a cool-looking A2-legal bike it is great value and a tried and tested machine in terms of reliability with a fair amount of sporting potential. The 400 is certainly a step further up the Ninja tree, but the 300 shouldn’t be over-looked.

Three things we love about the Kawasaki Ninja 300… 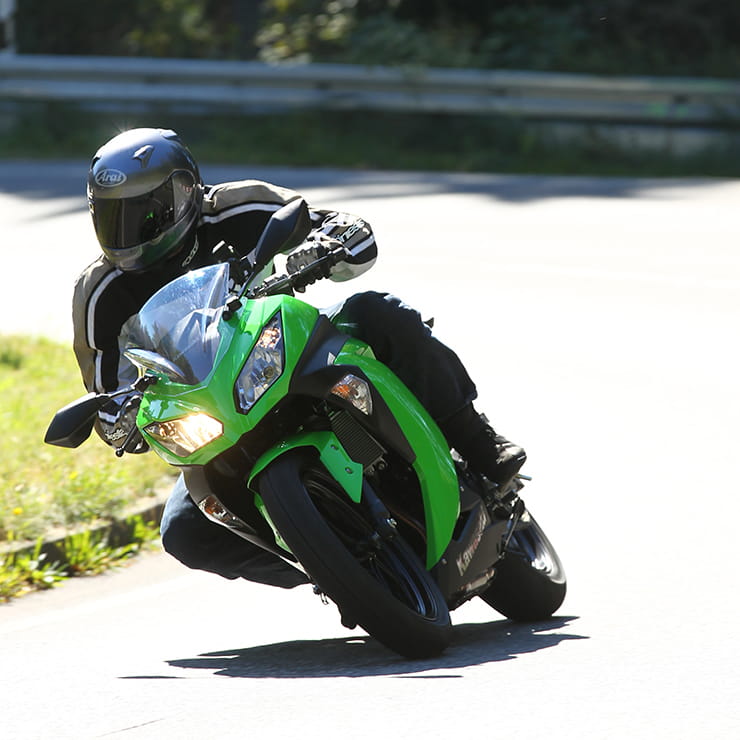