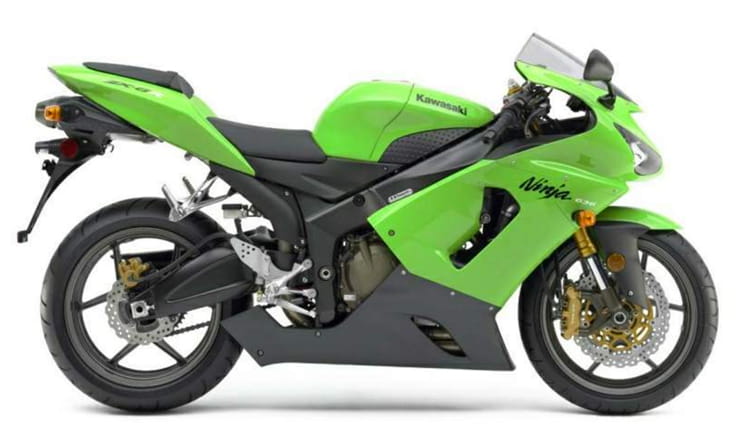 Having made one hell of a statement that Kawasaki was back in the sportsbike game after a torrid few years by releasing the radical 2003 ZX-6R and a year later the fearsome ZX-10R, many assumed that the firm would take it easy in 2005. Traditionally, Japanese manufacturers tweaked their sportsbikes every two years before completely updating them at the end of their fourth year, so in 2005 we were all expecting a slightly refined ZX-6R – what actually arrived was anything but!

With the supersport class reaching boiling point, Kawasaki decided to take it one notch higher with a brand new ZX-6R that not only featured a revised look, but also a new chassis and upgraded engine. In just two years Kawasaki had done what most manufacturers were talking four to achieve – but had they shot their bolt a bit too early? If you were into Kawasaki sportsbikes, the answer was a resounding no.

The 2005 ZX-6R is arguably one of the most wonderfully bonkers mini-Ninjas ever built. Boasting the same 636cc capacity engine as before, Kawasaki totally overhauled it for 2005 with larger cams, a new head, polished ports and a slipper clutch to name just a few of the updates. These all conspired to produce a claimed 130bhp, which is simply insane for a supersport bike, and thanks to the big-bore motor this was backed up with a healthy 50.9ftlb of claimed torque. And the improvements didn’t stop there.

Most will know this generation as the underseat pipe Ninja, but as well as this funky exhaust routing (which was basically forced upon Kawasaki by emissions laws) the 2005 ZX-6R’s frame was all-new and tuned for track riding with a shortened wheelbase and altered weight distribution. Add to this new wheels, upgraded suspension, a cool fresh style and better brakes and you have a wonderfully aggressive and spirited machine. And one that is well worth looking out in the used market.

If you want a used supersport bike that is packed full of attitude, try this Ninja on for size. The larger capacity engine makes it less frustrating to ride on the road than an equivalent CBR600RR or R6, yet the revised chassis ensures it is one hell of a track weapon. To be brutally honest the Ninja can often get a bit of a handful and can be a wild old beast on a bumpy road, but it’s a Ninja, what else do you expect? If it was a little dull and overly refined it wouldn’t have Kawasaki’s name on the tank! 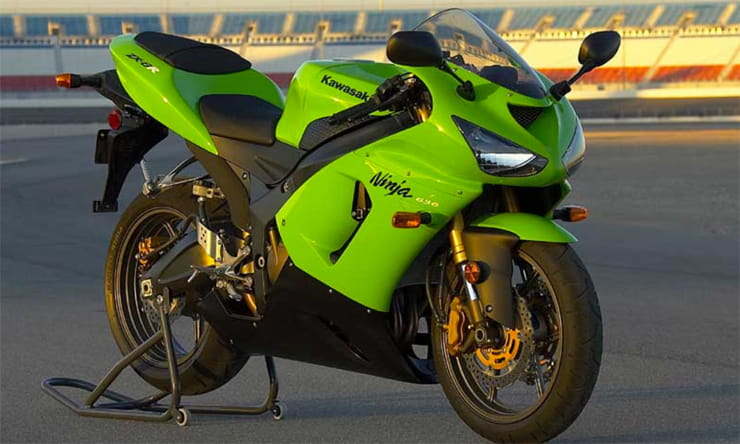 Supersport bikes live their life on the redline and so you have to assume the engine has been thrashed to within an inch of its life. This is no issue, they are built to last, but watch out for any signs of track use as this does up the strain levels considerably. A road bike can soak it all up, but on track is a different story. For this reason have a very good look at the wheels for signs of excessive tyre changes (lots of residue from tyre weights or scrapes) on a low mileage bike and any obvious crash damage. The shock on this generation of Ninja is pretty poor and the paint quickly flakes off the spring, which is visually annoying but doesn’t affect its performance, while the shock itself is harsh in its action and quickly loses its damping. If you can, factor in a new shock to the price or at least the cost of a shock rebuild. Aftermarket exhausts are very common, so check if it complies to trackday noise levels if you fancy the odd bit of circuit riding, and also that the owner has had the fuelling re-mapped to suit. Getting the OE can with the deal is always a good sign, however they aren’t that expensive on eBay. Although the brakes were updated in 2005, they do like to warp and the paint finish is very poor on the calipers, so check this area well and also look at the front tyre. Kawasaki gave the Ninja a slightly odd 120/65 front instead of the more usual 120/70. You can swap this to a 120/70, but always ensure that the tyre is recommended for use on the Ninja and it isn’t rubbing on the front mudguard. 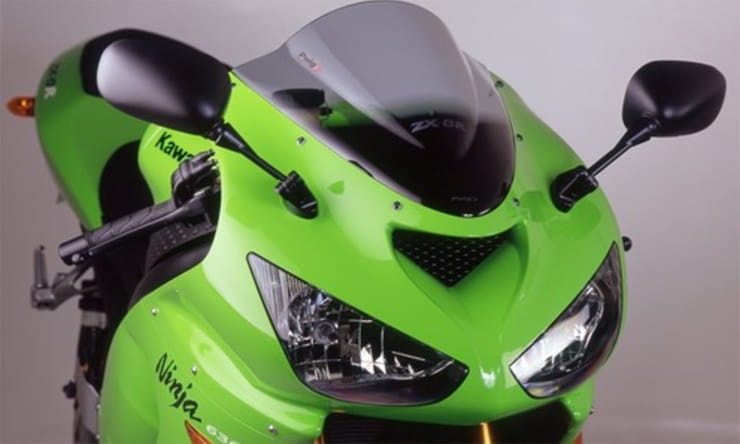 The 2005 ZX-6R was updated in 2007, however while this model looks visually quite similar, and retains the underseat pipe, it is a very different beast. A totally new engine is not only physically smaller, it is back to 599cc and that makes it a real screamer of a Ninja. This generation is better handling than the 2005/06, but it is rev-happy and frustrating to ride on the road, making the 2005/06 the more popular machine in the used market. If there is an option, get the earlier 636cc bike.

Strangely, the underseat pipe models of Ninja are often overlooked and for this fact prices remain quite reasonable. You can get a fairly high mileage 2005 model for under £3000 in a private sale, but generally you need to spend in the £3500 region to get a good one from a dealer, which is a bit cheaper than its rivals. Dealers are asking a fairly optimistic £5000 for minters, but in reality your top level should be under this. Aim to spend a maximum of £4500 and you should ride away on a beauty.

www.zx6r.com - Somewhat unsurprisingly, this is a forum dedicated to ZX-6Rs and is a great source of information on faults and fixes as well as which go faster bits work and which don’t.

www.colchesterkawasaki.co.uk/ - Home of MSS Kawasaki, who have a vast experience of getting Ninjas to go very fast indeed. When it comes to dyno or tuning work, they should be your first port of call.