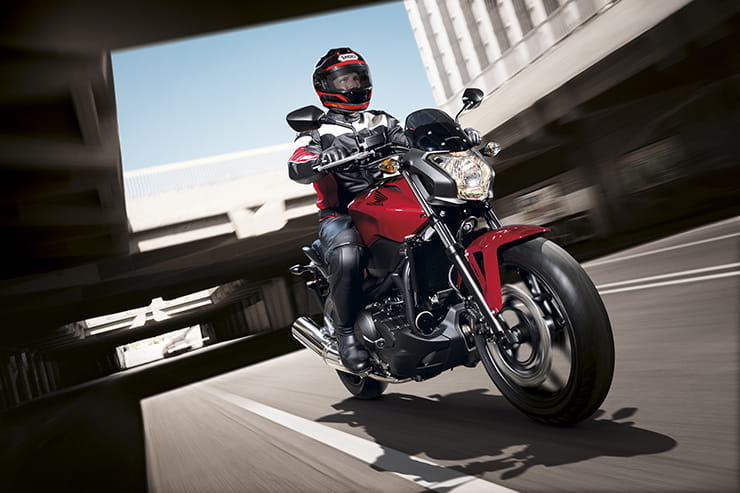 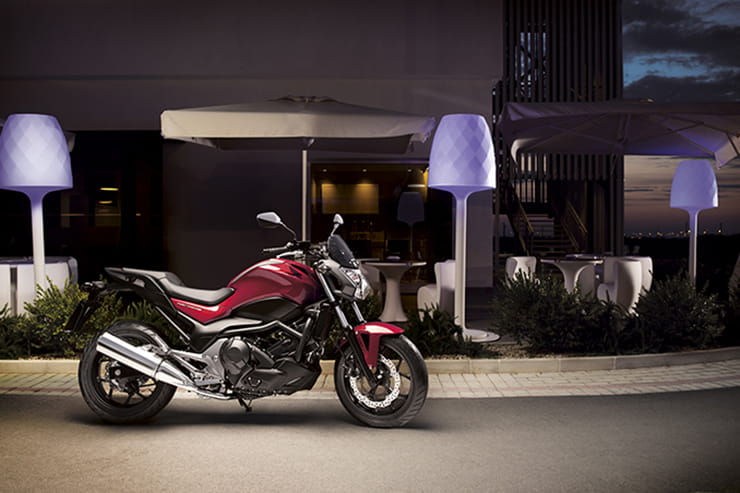 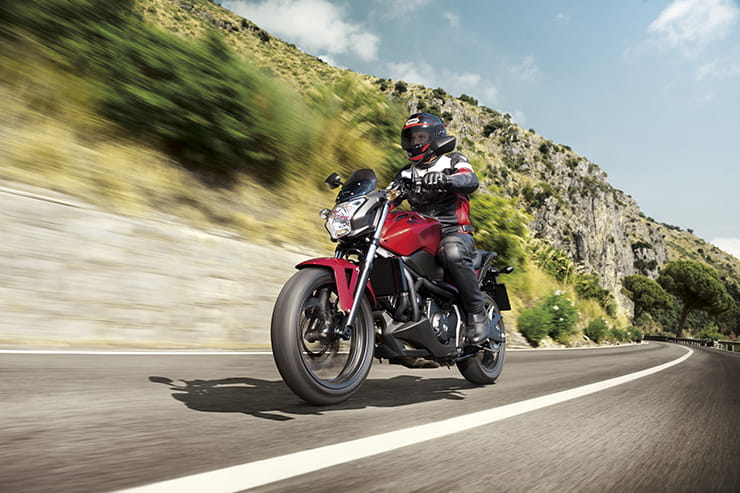 Launched in 2012 as the NC700S, in 2014 Honda’s no-frills naked bike grew in capacity alongside the adventure-styled X version and the Integra scooter to become the NC750S. A bike that was always designed to be fun, easy to manage and frugal, the S may have lacked a (large...) degree of sex appeal but its ruggedness and practicality saw it quickly become one of Europe’s best-selling bikes. If you are after a machine that will just run and run, the S is a real example of Honda’s engineering prowess speaking louder than its styling department’s flair and despite the fact it was discontinued at the end of 2020 (the X lives on and was updated), it remains a hugely popular machine, especially in the used bike market. Sold with the option of a traditional gearbox or Honda’s DCT system, if you want a two wheeled vehicle that won’t let you down, there are few better examples out there.

The NC was never really designed as a bike to set your pulse racing and as such the parallel twin motor is low-revving and a bit steady-away. Peak power is delivered at just 6250rpm with peak torque arriving at 4750rpm and neither performance figure is that high with just 53bhp and 50.2lb-ft to play with. But that’s not the point of the NC, this is a bike designed to be user-friendly and, on that score, its low-revving and relaxed nature makes it very chilled-out and non-threatening. It’s a bike that just gets on with the job in hand and an extra balancer shaft when compared to the NC700S’s engine ensures it is pleasingly smooth while doing so – despite its 270-degree firing order that Honda claimed gave it a ‘throb...’ Oh, err, matron...

The parallel twin motor is basically indestructible and stories of it shrugging off horrific abuse (mainly at the hands of couriers!) are common. The service intervals are every 8000 miles with the valve-clearances requiring checking at 16,000 miles. On many bikes the valve clearance service is a biggy but due to the NC having a single overhead cam and ‘nut and screw’ type adjusters, it is fairly quick and easy so isn’t to be feared too much. Getting to them can be a bit of a pain but the adjusting part is easy, and many owners do it themselves. In terms of reliability, the motor is highly unlikely to let you down (or even drink any oil between services) but the ancillary parts can start to suffer over time with fuel pumps giving up (the bike becomes a pain to start), radiators leaking and corroded wires the main causes of a breakdown. In 2016 the NC gained engine (helping it meet Euro4) as well as an improved clutch action while 2018 saw an extra (pointless) 900rpm added to its rev limit. Throughout its life the NC came with the option of Honda’s DCT gearbox, which was upgraded in 2016. A huge number of DCT models were sold (over 50% of the NCs had it) so finding one in the used market is easy if you wish and only adds about £500 to the asking price. If you really want DCT, get one with the updated 2016-onwards software as it is slicker. When buying used, rely on your eyes, and look out for corrosion because the mechanical side of the NC is almost certain to be fine. If it has a good service history, that’s a really good sign of a sympathetic owner and worth paying extra for. 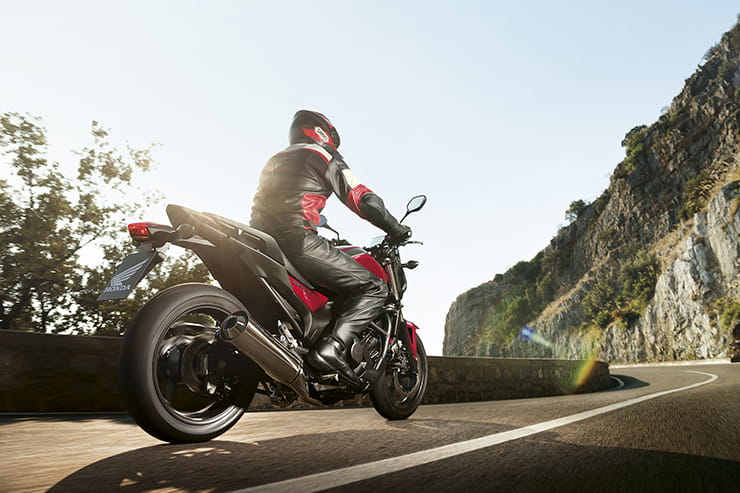 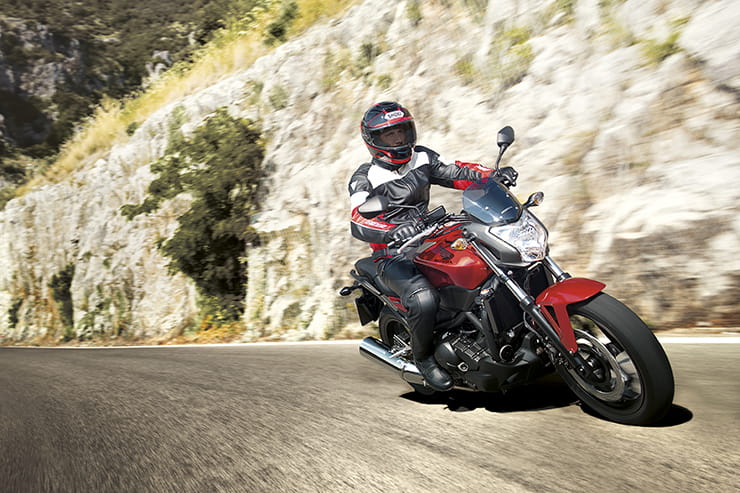 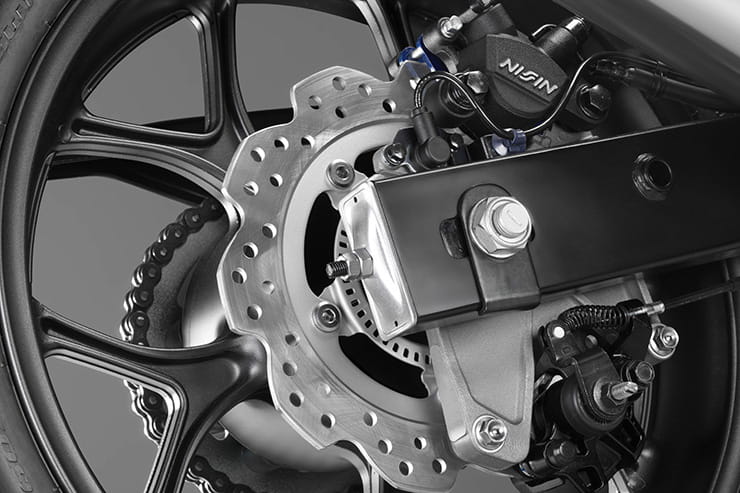 Honda claimed the NC could average 81mpg and owners report that they weren’t exaggerating! If you up the pace it will drop to around 60mpg but take it easy and 80mpg is easily achieved. The NC may only have a relatively small 14.1-litre tank, but it is usually good for nearly 250 miles between fill-ups, which is excellent.

Just like its engine, the NC’s handling isn’t designed to thrill, and it is best described as ‘safe and secure.’ Is that a bad thing? Not at all, it gets on with the job in hand and that’s why owners love them. You only get a single front disc (with ABS) but it performs well enough as long as you are prepared to add a bit of rear brake if you need to stop quickly. A basic two-piston sliding unit that was slightly revised in 2016, the front caliper can become a bit sticky on its slider due to corrosion but rebuilding it is both simple and cheap. Oddly owners report that the NC does like to eat wheel bearings, which is worth checking out but not too disastrous as they are easy to replace. By now the suspension may need attention (2016 models feature updated fork internals) so always check the shock’s action and the forks for leaks as well as the state of the shock linkages but as with the motor, the chassis is fairly solid, and it is mainly wear and tear. With a low seat height and bags of turning circle, the NC makes for a superb city bike if you want to use it as a commuter and that means crash damage from low-speed drops is worth checking carefully for. Very, very few NC owners ever swap the OE exhaust unless it has been damaged...

Yes, the NC gets a funky wave front disc but other than this it is very hard to get too excited about the braking set-up. The single two-piston sliding front caliper is ok in its performance and the single piston-rear backs it up well. As the rear caliper is underslung watch out for it being seized due to corrosion but as with the front caliper, rebuilding it is both simple and cheap. Although the brakes were updated in 2016, you would never really know...Honda basically fitted new pads... 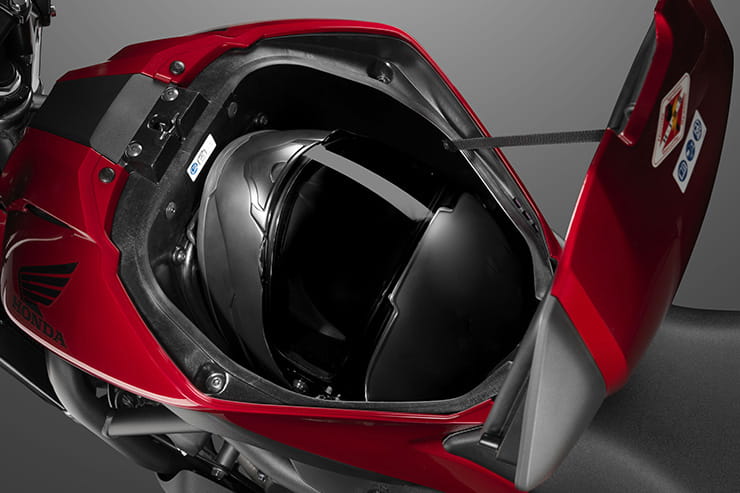 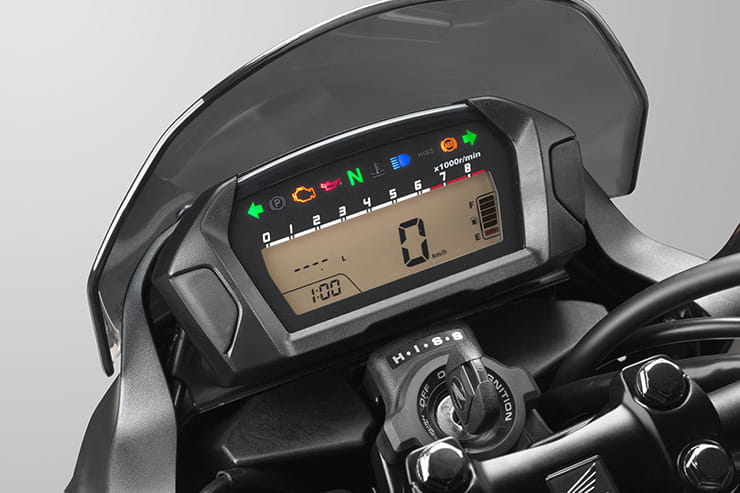 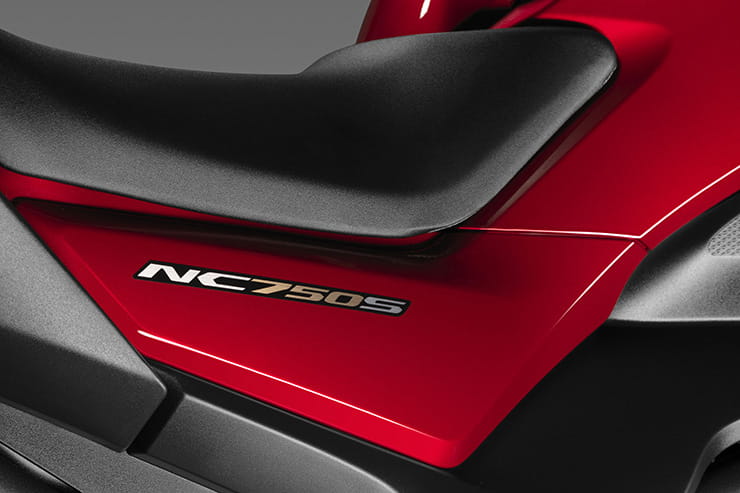 Yes, 100% you can tour on an NC750S, and it is a very comfortable bike as long as you add a few things. The first on the list is a taller screen as the OE item is a bit small and then panniers and you are away. Couriers regularly cover over 50,000 miles a year on an NC and while this is extreme riding, it shows how competent it is at covering distance. If you are planning on knocking off the miles, buy a centre stand so you can easily lube the chain (or fit an auto-lube system), something Honda sold as an optional extra.

It is a bit of a strange one but in 2018 the NC750X gained traction control but the NC750S didn’t, quite why is a mystery but it means your only rider assist is ABS or (if you have ticked that box) the DCT gearbox. One of the S model’s main selling points is its 21-litre ‘frunk’ which is the lockable compartment where the petrol tank should be located – a really great and very practical feature – unless you leave your keys in whatever you have just locked safely away in it! Owners often carry a spare key close at hand as this is easily done...

In terms of extras, Honda supplied a top box and panniers for the NC, so buy one with them already fitted to save cash, and a taller screen, heated grips, crash protection and maybe even a more comfortable seat is recommended. You can also get leg deflector kits and a main stand from Honda. In general, once you have fitted sensible extras to make the NC even more practical, all you need to do is feed it tyres!

The NC750S may not be quite as comfortable as its more relaxed adventure-styled NC750X sibling, however that doesn’t stop it being a solid do-it-all. An incredibly robust machine with very few faults to be wary of, if you are after a naked bike to get you to work every day without fail, the NC750S is the bike for you. Not everything in life needs to be sexy, sometimes it just needs to be functional...

Three things we love about the NC750S… 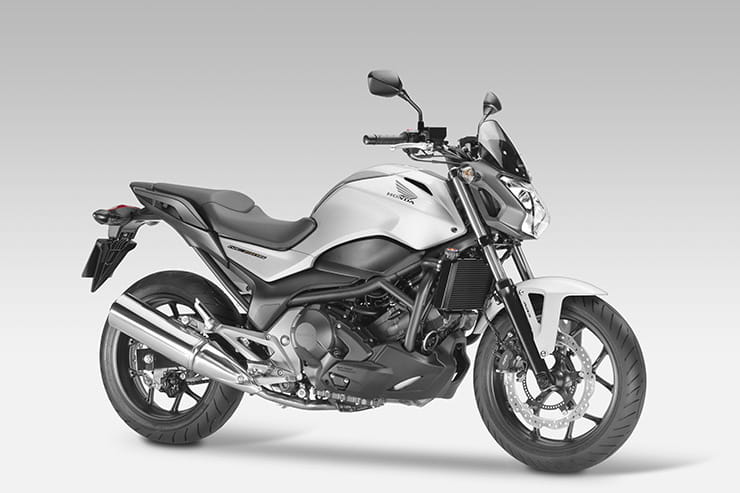 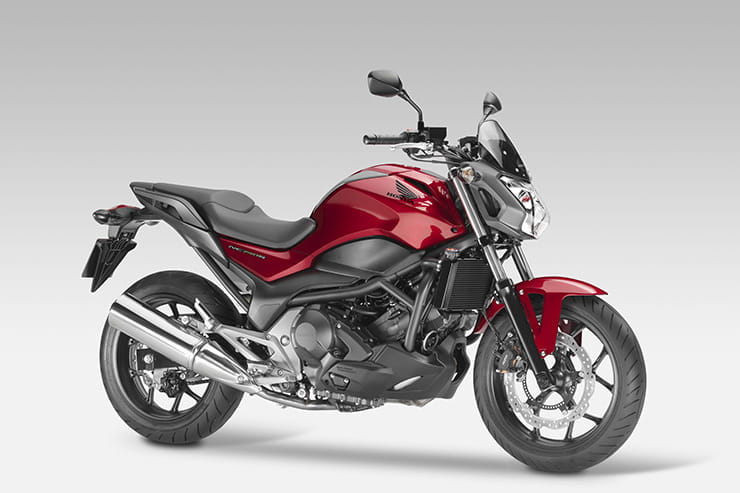 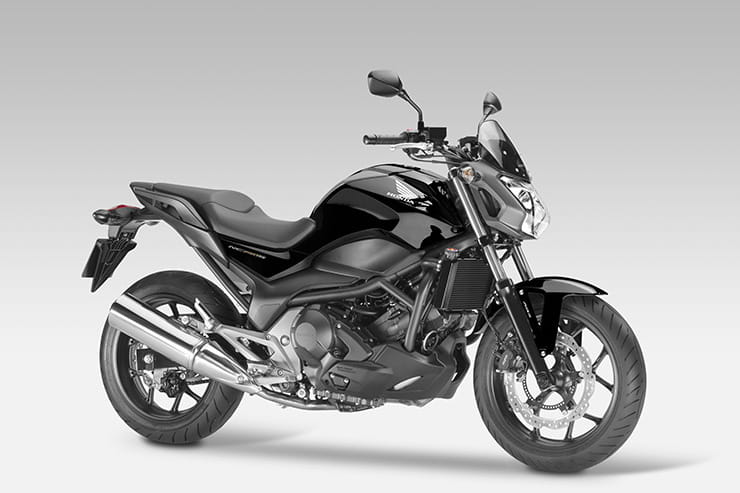 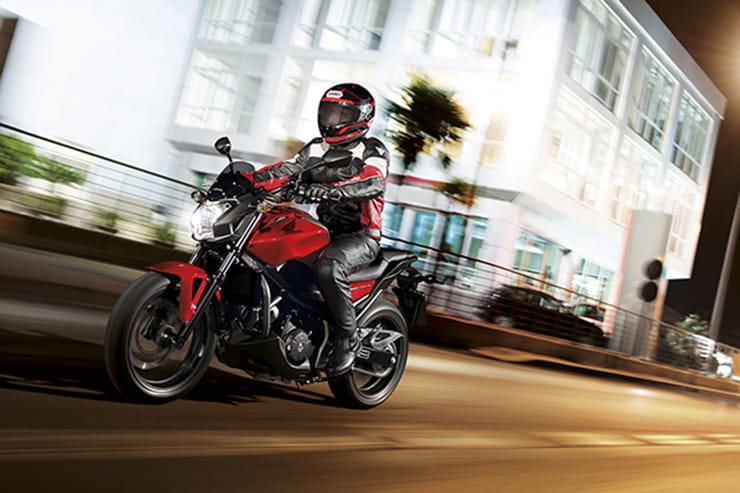