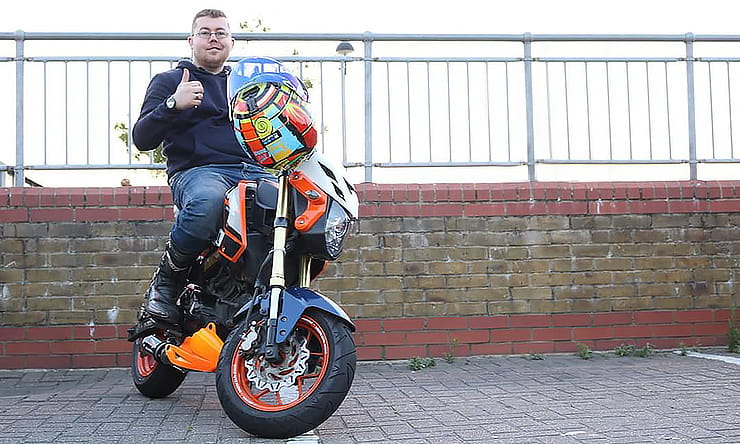 Charlie Brown from Kent first started riding in 2012 (not to his Mum’s amusement, he tells us). His first machine was a Honda CBR125, then after a year of riding, he bought himself a brand new Yamaha YZF-R125.

He tells us that he loves modifying bikes, so he transformed the YZF into a Red Bull race replica, which was then sadly stolen and crashed.

He bought himself another YZF, then shortly after that – in January 2015 – he spotted a Honda MSX125 on eBay at Maidstone Honda; “It was near where I worked, so I popped over for a look and fell in love with the look and styling. 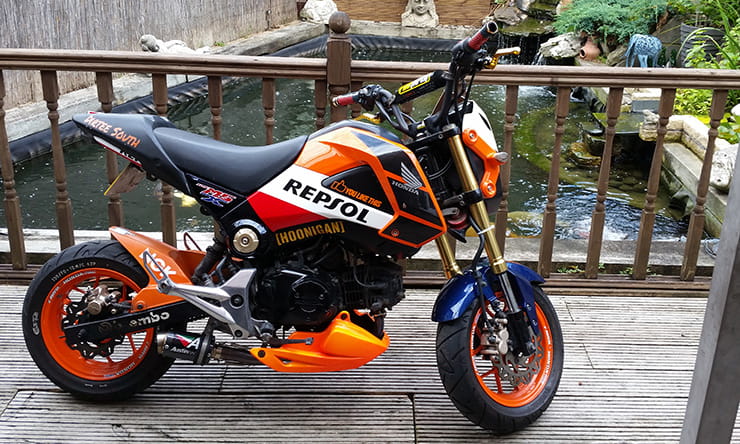 “They’re just awesome little machines – before I knew it, the Grom was at home in my garden.

“Since buying it, I have of course modified it, changing the exhaust to a low-mounted one, adding a headlight cowl, belly pan, seat cowl, ProTaper handlebars and adjustable levers. I’ve still got plans for loads more tweaks, like a hydraulic clutch and possibly even a big-bore kit. There’s always new stuff coming out for them – it’s hard to keep up!

“For a little bike, it’s very comfortable. I’ve had a few runs to Southend on Sea and loved every mile. It barely used any fuel on the 50 mile round trip – just over a quarter of a tank. That’s a lot of smiles per gallon.

“I use the bike to get to work – it turns heads every day.” 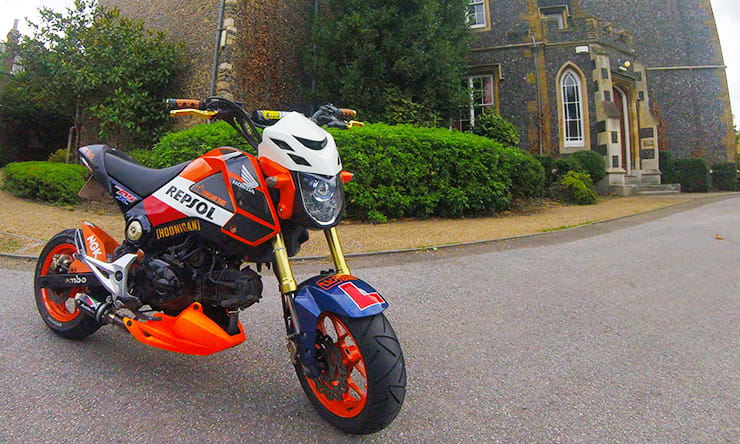