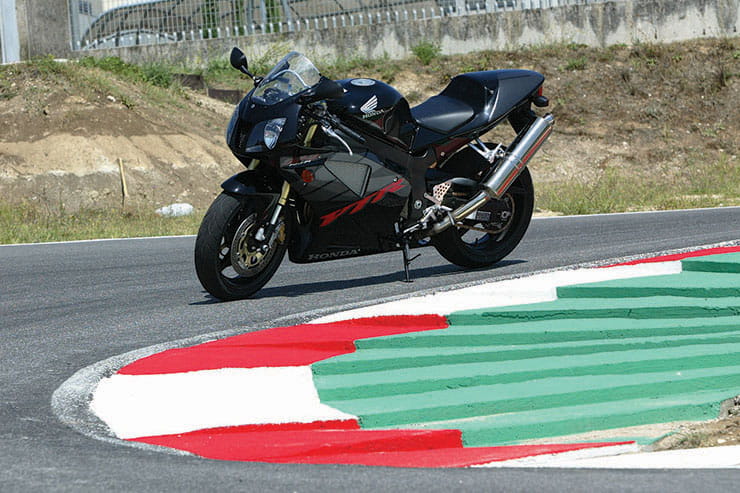 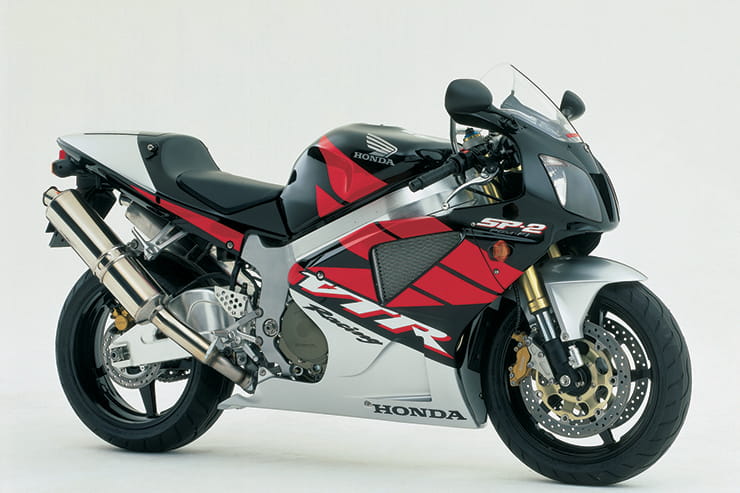 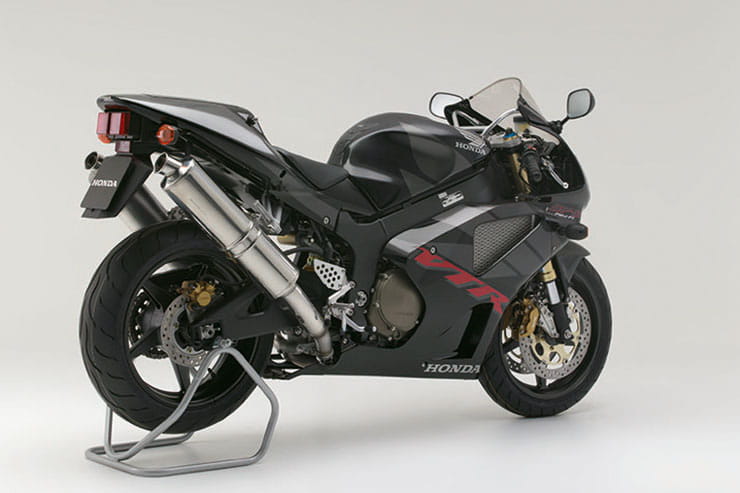 The Honda VTR1000 SP-2 RC51, to give it its full name, is a true landmark motorcycle. Not only was this bike a product of the last time that the mighty HRC properly got involved in creating a road-going homologation special, it also marks the end of a golden era of World Superbike racing. Once Honda took the 2002 WSB title they packed up their garage and left the series, a move that saw it return to a far more production-based series with the introduction of 1000cc inline fours and tighter controls on how close the road bike had to be to the racer. Is it time you grabbed a slice of homologation-special Japanese exotica?

Here is the bad news, when the SP-2 was a new bike prices were actually fairly low as despite its £9,399 RRP (which was quite a lot in 2002 when you consider a Blade was £7999) the SP-2 failed to sell and discounts were easy to secure. Then, when Honda unnecessarily prolonged its life after it dropped out of WSB at the end of 2002, it got even lower as stocks refused to shift as litre bikes were all the rage. Nowadays, however, the SP-2 is viewed as a ‘collector’s’ bike and that means the price tag has skyrocketed. A good SP-2 (the early white ‘Colin Edwards reps’ are the most popular paint schemes) will set you back between £7500 and £11,000 – which was even more than when they were new! And SP-1s are even worse… 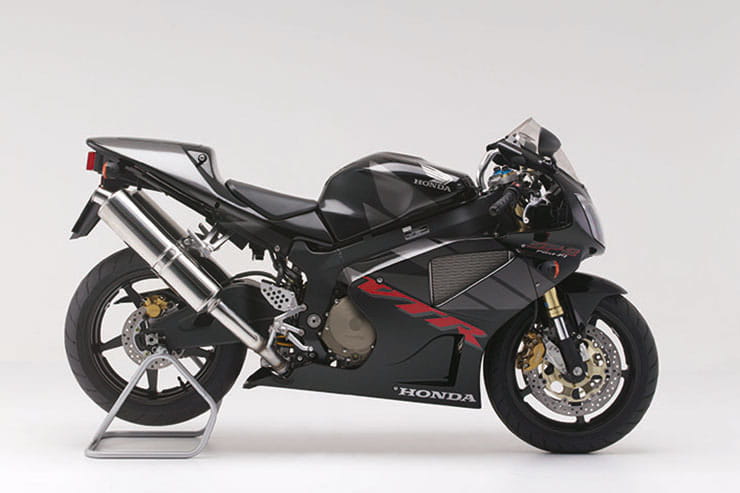 The SP-2 was an advancement over the SP-1 and as such featured an improved fuel-injection system, helping iron out the hideous throttle response of the older model. The poor tank range remains, it is just a smoother ride for the roughly 80 miles until it empties… Once over the initial snatch, which is more a big twin feature than a fault of the bike, the SP-2’s V-twin is absolutely glorious. With a booming exhaust note and huge stacks of torque, it is a joy to ride and unlike the lazy Ducati desmo motor, Honda’s 90-degree V-twin feels fast-revving and eager to respond. It’s not the cheapest bike to run as it requires servicing every 4000 miles and an expensive due to the level of accuracy required (it is HRC built remember and has gear-driven cams) valve clearance check at 16,000 miles, but for each one of those miles it is one of the most soulful and enjoyable Honda models ever built. 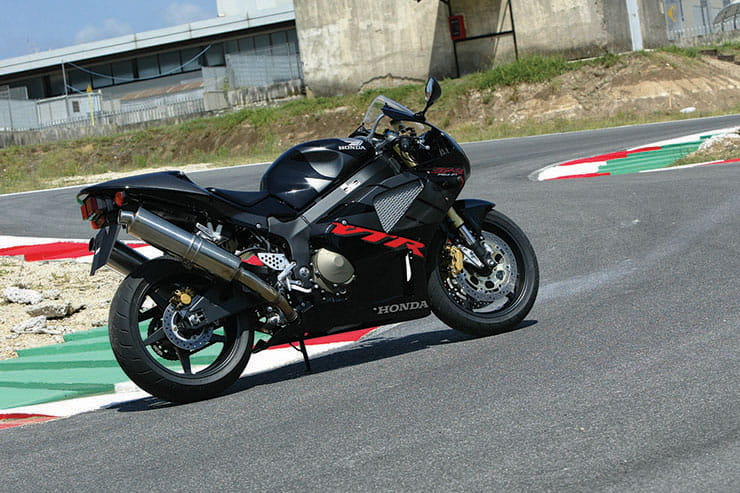 Nearly every SP-2 out there has a set of aftermarket exhausts fitted – and with good reason. The motor sounds amazing once allowed to flow the gas out faster and when combined with a Power Commander to sort the fuelling it makes a huge difference to the bike’s performance, releasing even more mid-range. That said, always ensure you get the original cans when buying a used bike as they will be sought after in a few years’ time by collectors and will help it hold its value. A few owners do horrible things such as remove the smog reduction system and airbox flapper valve but this is a waste of time and is best avoided on a used bike. The gearbox is very robust, so don’t worry about that, and there are very few major engine issues to be wary of as long as it has been service regularly. 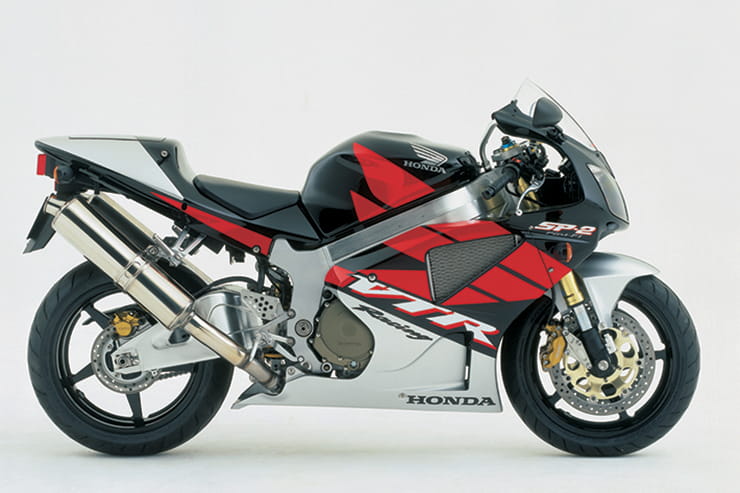 The less said about the SP-2’s economy figures the better as it has always been the bike’s Achilles’ Heel and is something owners just accept. The V-twin is a very thirsty motor and if you treat it with enthusiasm you will be lucky to get much over 80 miles from the tank before the fuel warning light illuminates. You are talking high-20 mpg figures with mid-30s achievable at a push. This is a homologation-special, what more did you expect?

Where a Ducati can feel long and a touch lazy to turn, the SP-2’s handling is much more akin to what you would expect from a Japanese sportsbike. It’s not as fast-turning as an inline four but it steers with stability and once in a bend is totally unflappable. A few owners try to speed up its turn-in by fitting a taller 190/55 rear as opposed to the stock size of 190/50, which is one cure, and if you just spend a bit of time getting the quality suspension set up you can make the ride firm but not harsh. Nowadays the SP-2 is getting on for twenty years old, so you have to accept it will feel a little ponderous when compared to modern machinery, but they are still a very impressive handling bike. 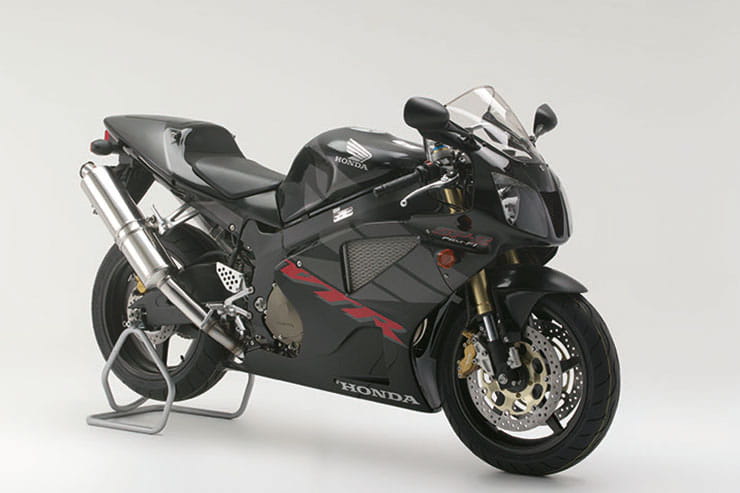 The SP-2 arrived at a time when even Colin’s race bike carried conventionally-mounted calipers, so its brakes are a pretty standard four-piston Nissin affairs with 320mm discs, which is exactly the same as the Blade had in that era. They are good enough but by now will probably benefit from a refresh with new pads and braided lines if required as despite the SP-2 carrying an HRC badge, it came with rubber brake lines as standard. 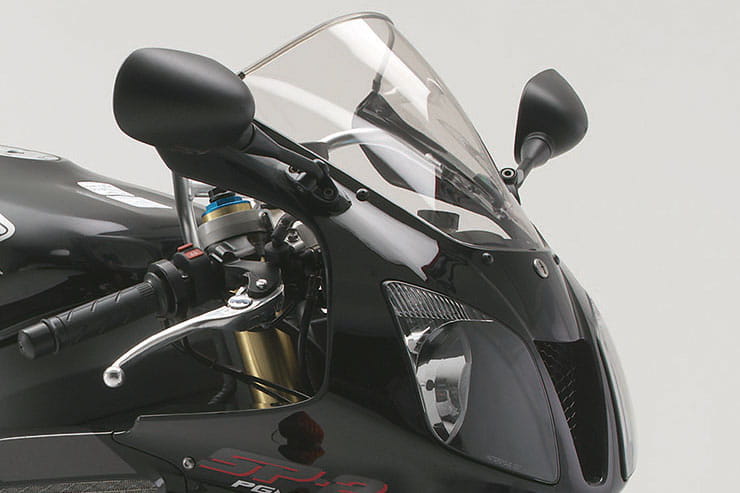 In a word – no. The SP-2 is a full-on race bike and its clip-ons are low, its seat hard and its pegs high. You really don’t want to cover any distance on one. And if you fit a taller double-bubble screen for extra wind protection, be cautious as the official Honda one can act like a lens, focusing the sun’s rays onto the top of the dash and melting it! Believe it or not, Honda seemed oblivious to its discomfort levels and sold an official SP-2 cargo net and even heated grips…

In terms of rider aids the SP-2 has nothing, not even a fuel gauge! Honda did sell a range of accessory items, however the most sought after is the official Castrol sticker kit, which was sold in 2002 and 2003 and allowed you to make your SP-2 look like Colin’s race bike. Replica kits are easy to obtain but the original ones are very rare. In general, owners go for loud pipes (ideally carbon Akrapovics like the racers used) and that’s about it. 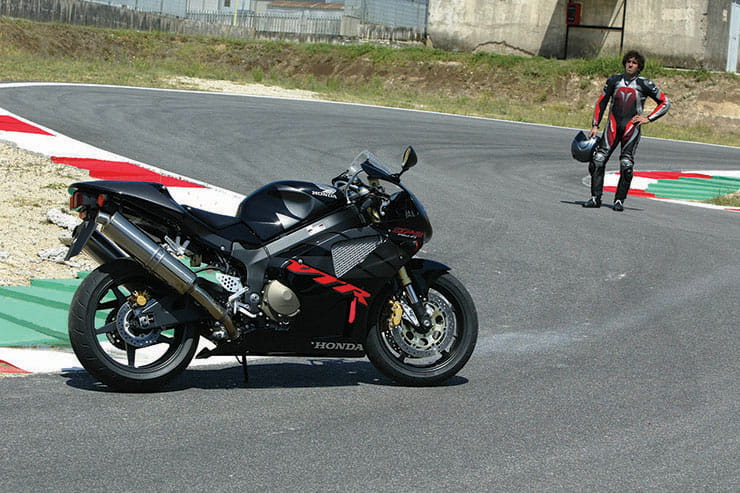 The SP-2 really is a thing of great beauty – not only in terms of its looks but also its history in the motorcycle world. A bike that feels very un-Honda, it has a fantastic V-twin motor, impressive chassis and that all-important HRC stamp of approval. It is such a shame the price tag is now bordering on the ridiculous as it is a wonderful machine to both ride and own. 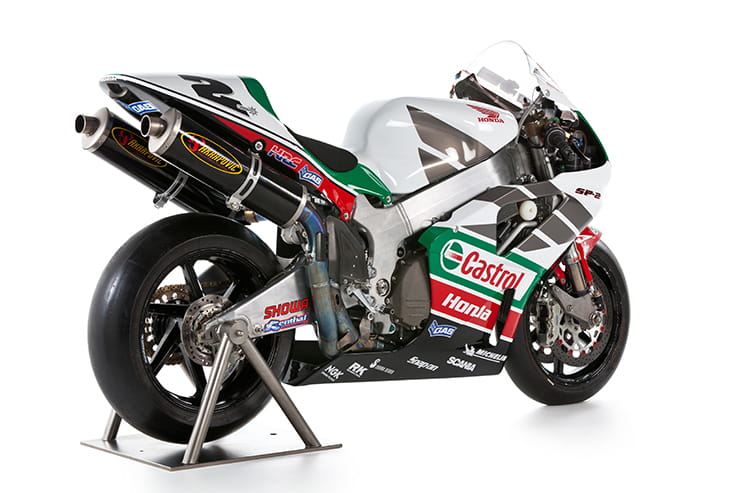