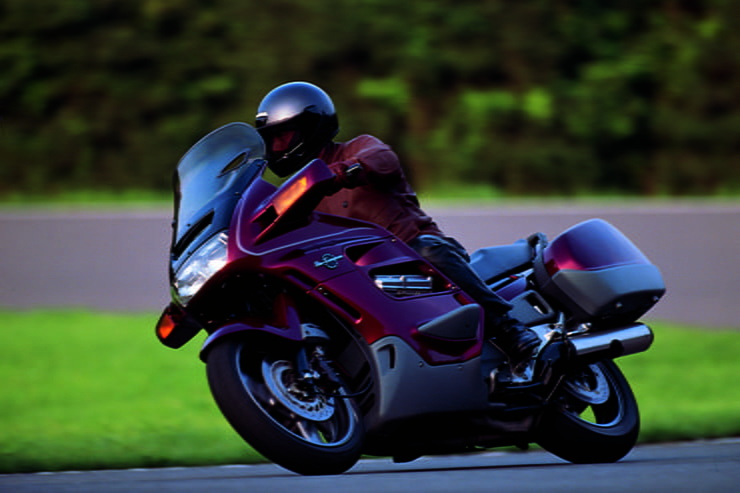 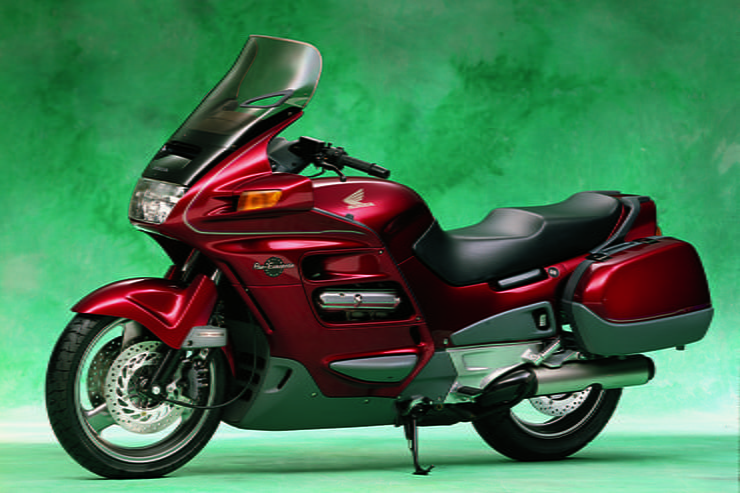 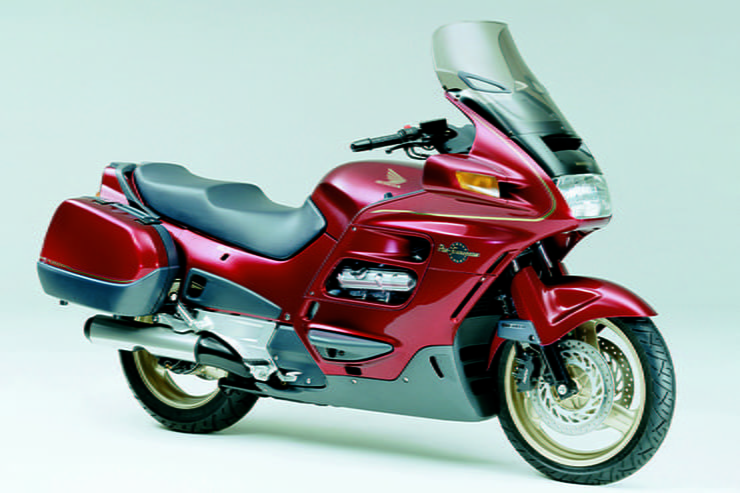 If you want a bike to cover miles on, very few do it with more aplomb than the Honda ST1100 Pan European. And when you consider you can buy one of these superb mile-munchers for less than £2000, there really is no excuse not to be packing its panniers this summer and exploring Europe while your pre-Brexit British passport still allows you to do so…

The Pan is a perfect example of Honda pushing the boat out and simply refusing to cut any corners. Built with a stunning attention not only to detail, but also reliability and rider and passenger comfort levels, the Pan is a machine that is highly unlikely to ever let you down and examples that have covered over 150,000 care-free miles are fairly common. In a world where 50,000-miles on a bike’s clocks starts to make some buyers twitch, the Pan stands head and shoulders above its rivals. And much of this is down to its wonderful V4 motor.

Delivering a smooth and gutsy power delivery, the V4 may be lacking a sixth gear (this is one slight blemish when it comes to motorway cruising) but that’s about its only fault. It is metronomically reliable, has a maintenance-free shaft drive, long service intervals and is ideally suited for devouring the miles. And the same can be said of the Pan’s riding position.

Big, comfortable and with lots of shelter offered by its fairing and screen, the Pan is ideally suited for one or two-up touring. In fact, you can often see off its near 300-mile tank range with no squirming or discomfort, which is a remarkable achievement. Add in huge panniers, the option of a top box and even ABS and a very rudimentary form of traction control and you can see why this amazing machine set the standard for full-dress tourers for so many years. 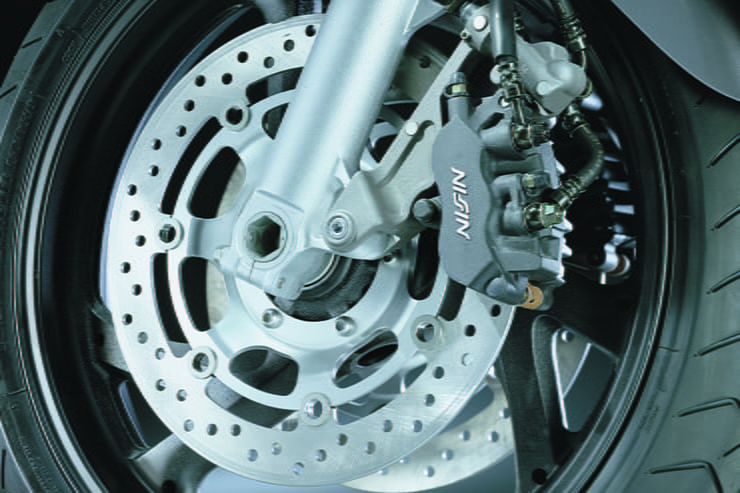 The Pan European is a remarkably solid bike, however she is an old girl now and the cracks are starting to show. With this in mind you do need to be aware of a few of the more costly issues aside from the normal leaks and worn bearings etc when buying a used example.

Ideally, and this is very often the case, you want to buy a Pan with a good service history. A well cared for machine with a high mileage is a better buy than a lower mileage one with no history. The V4 is very reliable, however it does like regular oil changes and when it is starting to see over 50,000-miles on its clocks you need to think about cam belts and the like. It is basically a service every 8,000-miles, major at 16,000 (including a valve-clearance check) and the cam belt changed at 90,000 miles after being inspected at 60,000-miles. As you would imagine, this is quite a costly procedure to have done.

In terms of physical faults, always inspect the exhaust system as it rots where the collector box joins the silencers and if the bike has an aftermarket stainless steel system fitted (many do) this is a great sign. A huge issue is the swingarm, which rots from the inside out, making it a tricky fault to spot. Inspect the seal area for any corrosion or leaks and give the whole swingarm a really good look over for any signs of rust.

Onto the electrics and older pre-1996 Pans have a 28A alternator, which is a weak point and often packs up. There are loads of fixes if you look online, but again, it is a hard item to tell if it about to fail and the same is true of the regulator/rectifier. If there are any fault codes being thrown up on the dash then be wary as ABS sensors fail with time. Speaking of brakes, owners also report the brake calipers are quite prone to seized pistons, however this is as much a result of a bike being used all year, whatever the weather, as an actual fault. Some riders like Honda’s C-ABS system (introduced in 1996) while other don’t, it’s a personal taste thing. The wiring loom can also start to fail on older machines, so check everything electrical is working. And there is no sixth gear in the gearbox, so don’t go looking for one… 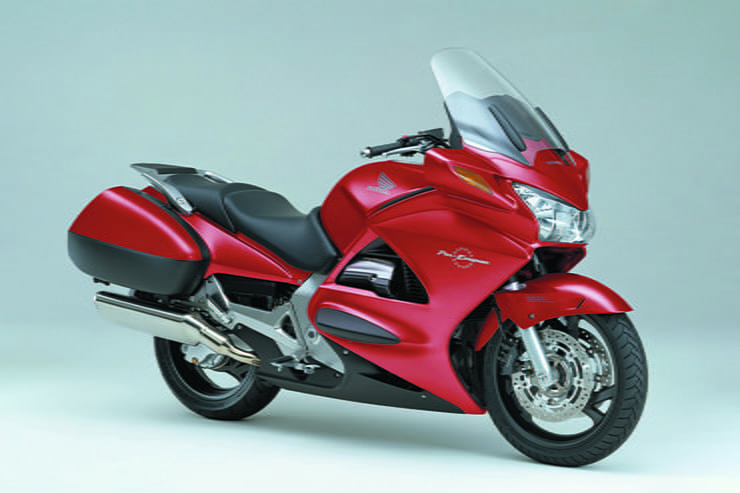 The ST1100 Pan European was launched in 1990 and in 1992 a higher-specification version that featured ABS and a very basic form of traction control called TCS joined the range. The Pan was updated in 1995 with a taller screen, altered silencers and suspension upgrades before Honda’s combined ABS system, C-ABS, was introduced in 1996 alongside larger diameter forks and a new 40A alternator. The all-new ST1300 replaced the ST1100 in 2002. 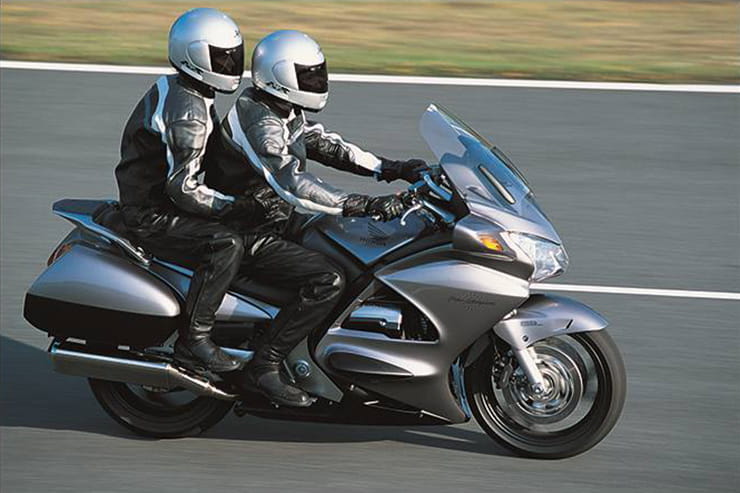 Pan Europeans tend to run and run, meaning you should have no issue in locating a used one of any age. However the problem is that many owners hang onto their bikes as they are so reliable, meaning good quality used bikes can be a little thin on the ground. If you don’t mind a bike with big miles, and by big we are talking in the 50,000 - 100,000-mile region, then you can find an older ST1100 for less than £1,800. However it is probably best to spend just over £2,000 to buy one that hasn’t tipped over the 50,000-mile mark and you should be able to find a tidy 30-40,000-mile example for around £2,500, which is excellent value for money when you consider what you are buying. Prices for the all-new ST1300 start at £3,000, however comparing the ST1100 and ST1300 is opening a whole new can of worms… 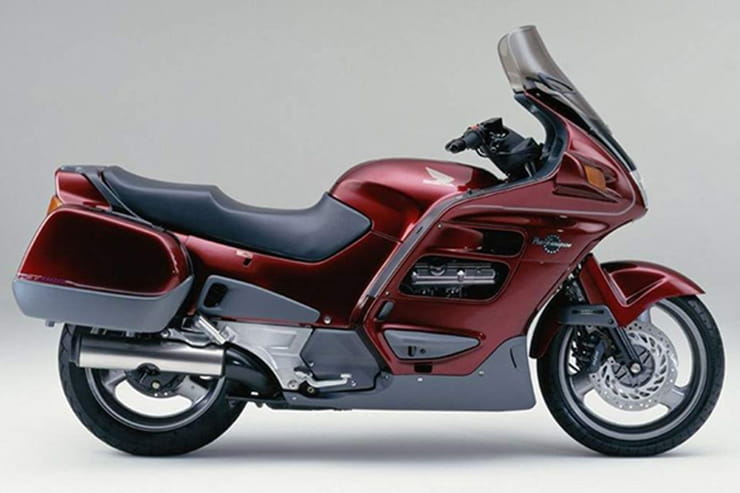 The best place to head when it comes to Pan European help and advice is the Pan-Clan, which is a UK-based club dedicated to all models of Pan European that was established in 1993 and remains very active. Their website www.pan-clan.org has loads of sections including a hints and tips and a buying and selling part and the group organise regular meets and events and there is even a members’ magazine. Annual membership costs £25 with a £6 one-off registration fee. There is also the page www.st-1100.com, which has been set up by a very enthusiastic owner and is worth checking out if you want some real world advice and hints and tips on maintaining your Pan. However these are just the tip of the iceberg and there are loads of Pan European-based forums, Facebook groups and the like out there to explore.