Honda’s original F6C caused quite a stir on its launch back in 1996. Billed as a “power cruiser” and packing a 1520cc Gold Wing engine tuned with hot cams, reworked valvegear and six carburettors instead of the giant tourer’s two, it made 100bhp with heaps of low-rev grunt and was a straight-line match for most things on the road. 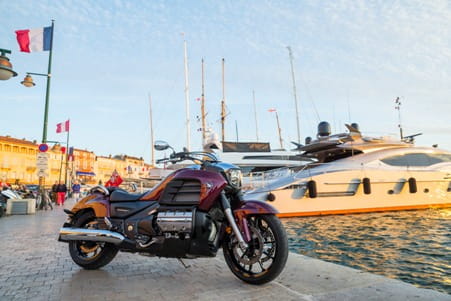 Fast-forward almost two decades, and the reborn F6C doesn’t immediately generate such respect. Although its 1832cc flat-six motor makes 114bhp, so is more powerful than its predecessor, that figure is dwarfed by the vast outputs of recent super-nakeds such as Ducati’s Diavel and KTM’s 1290 Super Duke R.

But you’ve only got to twist the F6C’s throttle and find the ultra-torquey motor hurling you forward with handlebar-bending force to realise that although Honda’s contender is portly, it’s still seriously quick and fun to ride. By the time you’ve aimed this well balanced and improbably sweet-handling bike through a set of bends, you might well be grinning as broadly as you would have been aboard one of the lighter but less comfortable alternatives. 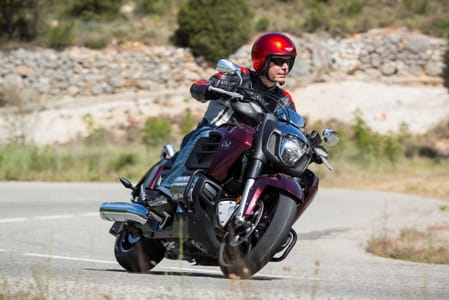 Like its predecessor, this F6C is built mainly for sale in the US, where it’s known as the Valkyrie. Unlike that old model it’s not Honda’s only stripped-down Wing because these days there’s also the F6B “bagger”, but the naked C-bike looks more aggressive and feels very different. Losing the F6B’s fairing and panniers sheds an additional 44kg to give a much lighter feel, although it still weighs a substantial 341kg.

The sohc, shaft-drive motor is shared with the Wing. But a new airbox and exhaust with slash-cut silencers give an appealing burbling sound, and the blend of grunt, smoothness and excellent fuelling makes for an addictively entertaining ride. Peak torque arrives at just 4000rpm, and there’s useable urge from below two grand. Cruising at speed is surprisingly effortless because the chromed instrument surround diverts a useful amount of breeze. 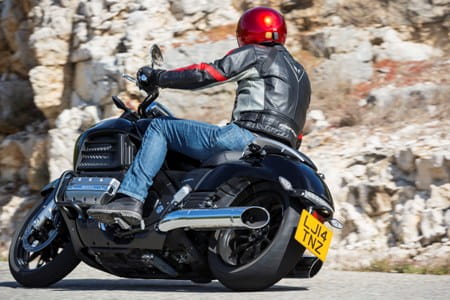 Even the gigantic Gold Wing handles well, so it’s no surprise that the F6C, which combines the same twin-spar aluminium frame with a new, lower rear subframe and side-mounted radiators, is even better. Up front, 45mm forks hold a larger-diameter, 19-inch wheel; the rear end has a Pro-Link monoshock and single-sided swing-arm plus a fat, 180-section rear Dunlop.

Ride quality is plush yet the F6C corners very well, staying stable in a straight line and floating round bends with impressive ease and control. Steering is light and neutral, and there’s even a reasonable amount of ground clearance. There’s also plenty of stopping power from a non-linked, ABS-equipped system with 310mm discs and four-pot calipers up front.

And the F6C should prove practical by naked bike standards, backing up its compliant suspension with a big, 23.2-litre fuel tank, and a generously sized dual-seat with solid pillion grab-handles. Accessories include a screen and leather panniers, though they’ll add to the £18,000 price, which is already as hefty as the bike itself. 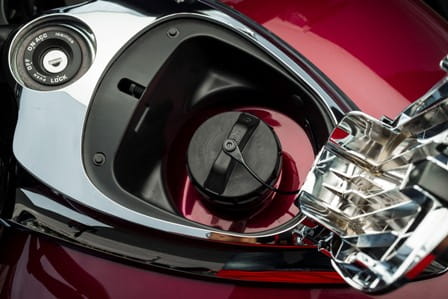 The new F6C won’t make the impact of the original, given the number of excellent and much less expensive alternatives. But the big Honda works well enough to be worth considering by those who can afford it, who like its slightly curious looks and fancy a smooth-running and deceptively sweet-handling musclebike.

What's you verdict? Have you been enticed to book a test ride?