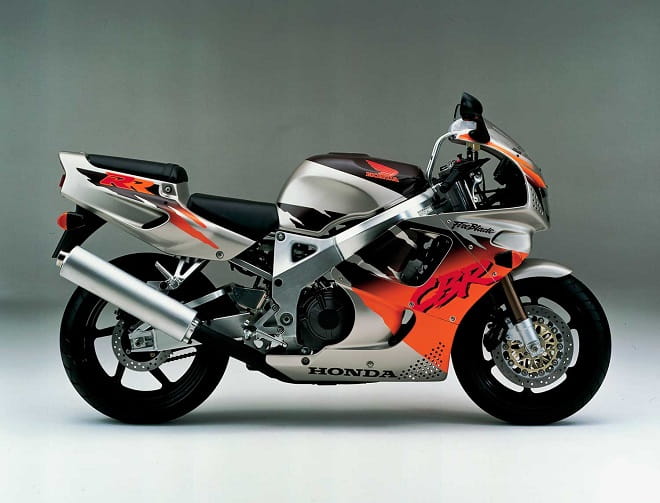 Everyone knows the name FireBlade, but there is only one model of this iconic brand that has forged out its very own niche. It’s not known by a number, capacity or even letter designation. This Blade is known by its paint scheme – the Urban Tiger.

Launched in 1994, rather wonderfully the Urban Tiger is the RR-R, a designation that really suits its feline name. Although disappointingly described as beige in its logbook, the Urban Tiger is one of the most iconic paint schemes ever put on a motorcycle. In terms of being recognized, it’s right up there alongside the Lucky Strike RGV500 and that takes some doing. If you want a FireBlade to invest in, then the Urban Tiger is the next best thing after the 1992 original model.

There is no denying it, collectors are always after the first model and in this case the FireBlade’s boat has well and truly set sail. A few years ago the black paint scheme could still be found for a reasonable sum of money, nowadays it has joined the ranks of the over-priced like the classic blue and white 1992 colours. So why not think outside the box and pick up an Urban Tiger? Not only does it look cool, it’s a great talking point and a machine that everyone seems to remember fondly. When it comes to a potential future investments, these are all the factors you need to equal success.

The 1994 RR-R model was more of a subtle refinement for the FireBlade than a major overhaul, which used to be fairly typical for a Japanese sportsbike. Having set the standard with the 1992 machine, Honda decided to smooth a few of the RR-N/P’s edges with the RR-R and S generations, something they achieved through chassis modifications and a new look. As well as adding compression adjustment to the forks, the shock was re-valved and the fairing made wider and taller. However it was the lights that made this bike’s face instantly recognizable, gone were the twin round units, replaced by the new ‘foxeye’ headlight arrangement. And the poster boy of this new generation was the Urban Tiger, which was used in all of Honda’s advertising that year, helping it become cemented in rider’s hearts. But as fast as the Urban Tiger arrived it disappeared just as quickly, replaced by a far dowdier scheme in 1995 for reasons best known to Honda. So that was the end of the Urban Tiger. Or was it? 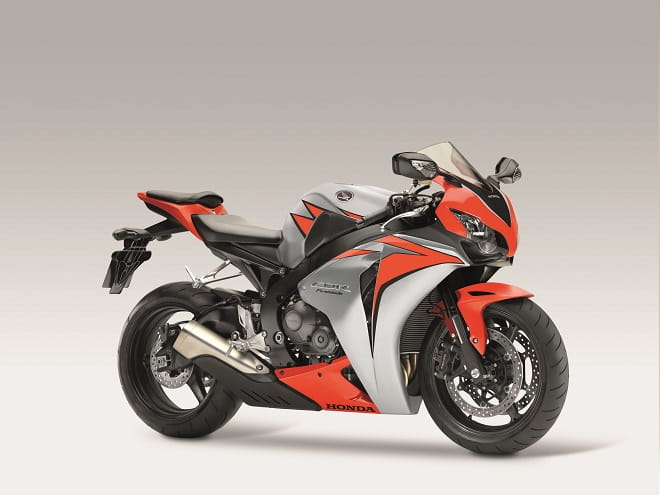 Honda have twice tried to revive the Urban Tiger paint scheme, neither of which have come close to replicating the original’s success. It seems that when Honda’s flagship sportsbike is struggling, someone pushes the emergency button and paint pots of orange, silver and brown appear. Faced with the onslaught of the BMW S1000RR, and with only a slightly heavier crank with which to respond, Honda released a very poor Urban Tiger tribute in 2010 that was met with the distain it deserved. Last year, with the Blade once again failing to see any updates, Honda UK released a run of 104 Urban Tiger CBR1000RRs. At least this bike was a faithful reproduction of the 1994 original’s paint and not a modern take on it like the 2010 machine, but it has also flopped when it comes to showroom sales. All of which proves you need to go back to the source to guarantee a decent investment. 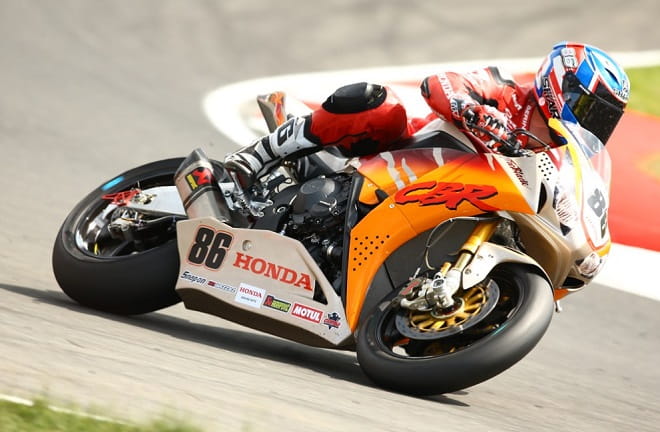 At the moment you can pick up a tidy 1994 Urban Tiger for under £3000 from a dealer as it is still viewed as the ‘unpopular’ first update model and lacks the original bike’s cool. Hit the private sales and you should be able to chop at least £500 off this price tag. Watch out for bikes painted up as Urban Tigers that started their life as something different, but other than that this is a machine to be enjoyed and shown off. You will be amazed just how many riders go weak at the knees at the sight of an Urban Tiger, it’s a truly Grrrreeeattt paint scheme.

http://www.fireblades.org/ - An active forum dedicated to FireBlades, or Fireblades, of all ages, sizes and spellings…

http://www.padgettsmotorcycles.com/ - The guys at Padgett’s know everything you could ever need to know about the Blade.

Do you have an Urban Tiger in your garage?