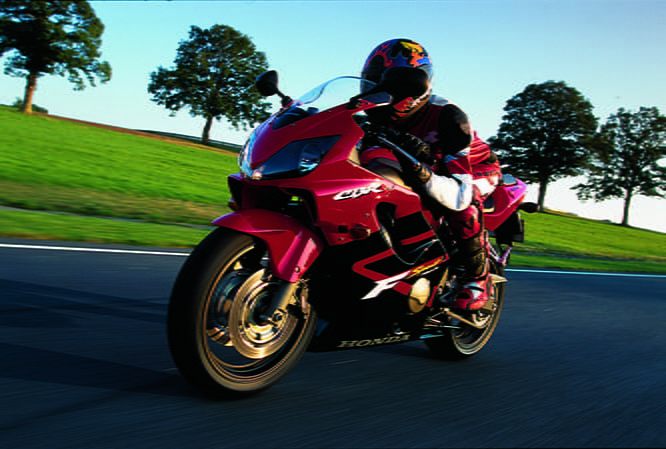 The CBR600FS-Sport, or F-Sport as most people call it, was Honda testing the ground to see if riders were prepared for them to move the traditionally do-it-all CBR far more towards the sporty side of things. Riders snapped up the F-Sport and just two years later were rewarded with the revolutionary CBR600RR.

Launched alongside an updated CBR600F in 2001, the F-Sport was designed to win the World Supersport championship and therefore make the CBR appear sportier in rider’s minds. It was essentially a marketing ploy but rather than simply slap on a lurid paint scheme, the F-Sport did actually contain some trick parts.

While the F-Sport’s bare bones are identical to the more relaxed F-model, the Sport name meant riders gained dual valve springs to allow the engine to rev higher, a split rider/pillion seat, no centre stand, a lightened fly wheel and altered cams. While the truth of the matter is that on the road these alterations make very little difference, they did allow Fabien Foret on his Ten Kate CBR F-Sport to take the 2002 WSS title, so it was job done…

The great thing about the F-Sport is that while it is slightly sportier than the F-model, it still retains all the wonderful practicality (minus the centre stand) that makes the relaxed version such a brilliant road bike. This isn’t a supersport 600 that will leave you feeling battered and bruised after each ride, it is a genuine day-to-day machine that suits every purpose in life. Commuting, touring and trackdays, the CBR600FS-Sport can do it all and at the same time look just that little bit cooler than the stock F-model. It’s a brilliant first big bike and prices are extremely tempting considering what a thoroughly refined and developed machine you are buying. This bike represents Honda at its very best, don’t hesitate, just buy one. 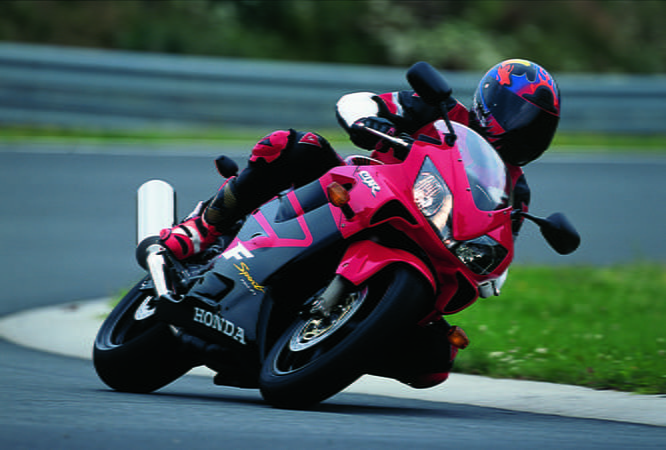 The CBR600FS Sport tends to attract the kind of owner who will use the bike rather than keep it for sunny days and therefore you have to expect it will be carrying a bit of mileage. When it comes to the engine this is no real issue as it is very solid, however it does mean you need to watch out for general wear and tear issues. The only concern when it comes to the motor is, typically, the cam chain tensioner, which is a common CBR issue. It’s a cheap fix (less than £150) but listen out for a rattling sound from the motor at 5,000rpm. The reg/rec can also fail, but again, this is cheap to sort. If the bike has a high mileage, ask if the 16,000-interval valve clearance check has been performed. On the wear and tear front, cast an eye on the suspension looking for leaks, the shock linkage for grease and that it isn’t seized and the bodywork for crash damage but in general, if the bike has been well looked after, the CBR is about as reliable as they come. Look for consumables that need replacing (tyres, chain and sprockets, brake pads) rather than major mechanical faults.

The F-Sport was only built for two years and as such was never updated aside from paint schemes, however the CBR dynasty itself spans an incredible 29 years so there are plenty of updates and models to choose from. The F-Sport was based around the hugely popular 2001 model, which was the first CBR to gain fuel-injection, and if you want a slightly more relaxed model then this ran unaltered from 2001 until 2006. Those on a budget may want to consider the 1999 CBR600F–X, which was the first to have an aluminium beam frame and is still a cracking buy, while sports fiends can opt for the 2003-onwards CBR600RR. 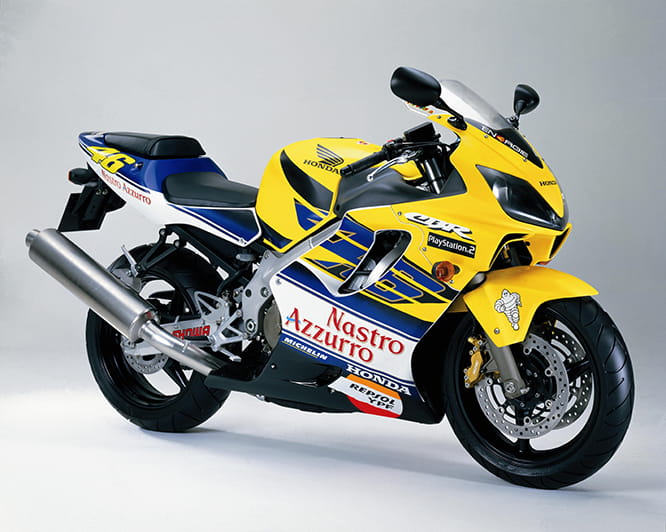 The CBR600FS Sport tends to remain under the radar and you can pick up a relatively high mileage machine (around 30,000 miles) in a dealer for just over £2,000, which is great value for money. Go private and it can be yours for under £2,000, which is even better. In a private sale a low mileage (around 15,000 miles) example pushes the budget to £2,500 while dealers will be looking for just under £3,000, which is about top dollar for a Sport. There is no real difference in price between a 2002 and 2003 model.