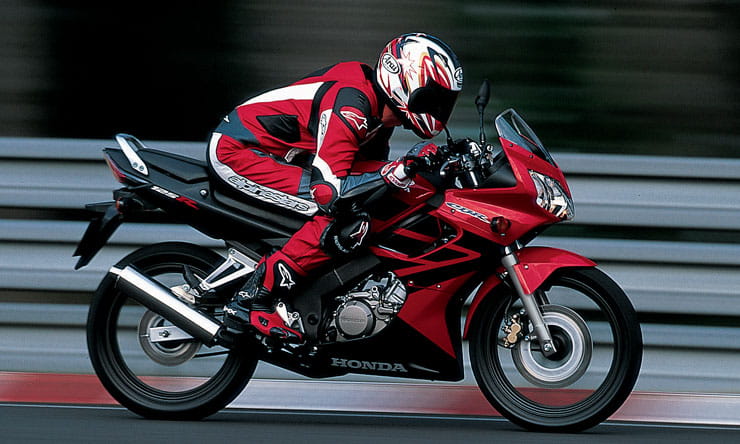 It is hard to imagine, but back in 2004 the Honda CBR125R was an absolute sensation. While the likes of the Aprilia RS125 were screaming around the UK’s streets at breakneck speeds, these were fragile polluting strokers that were prone to destroying their motors. It was for this reason that Honda withdrew its two-stroke NSR125 in 2002 and instead developed a four-stroke race rep. It was to prove a stroke of genius.

In 2004 people of all ages were looking for cheap transport and a two-stroke simply didn’t cut it. Commuters or those whose off-spring couldn’t tell one end of a spanner from the other wanted a cheap, reliable, good looking 125 that required very little maintenance and would start and stop every time. Honda spotted this and launched the CBR125R.

Thanks to its water-cooled four-stroke engine the CBR was not only quiet, it was reliable and also extremely frugal. The tank may only have been 10-litres in capacity, but it would happily do 70mpg, often even more. But, and this was the CBR’s marketing master stroke, it looked like a race bike and had a Honda logo on its tank (despite being built in Thailand) and that gave it the stamp of quality and reassurance for a worried parent about to send their off-spring out on two-wheels.

If you need any proof of just how desperate the learner market was for a good looking four-stroke race rep then, take look at the sales figures. In its first year the CBR was the UK’s second best selling motorcycle, clearing 2,174 units compared to the R1’s 2,713. The next year it was the UK’s best selling bike with 2,738 sold. Despite sales dropping off post-2005, the CBR remained a mainstay of the UK’s top ten best selling bikes throughout the 2000s. So why do you want one nowadays?

The reasons the CBR was so popular in the early 2000s still ring true. While its look has become more than a little dated (the newer post-2011 is a far better looking bike) the 125 still delivers effortless reliability and carefree motoring at its very best. If you are after a cheap run about, few do it better, or cheaper, than the Honda CBR125R.

The CBR125R may have been built on a budget in Thailand, but Honda ensured that the basics were correct and as a result the engine is a very strong unit. Producing a fairly paltry 13bhp the liquid-cooled single isn’t over-stressed, however learners often forget to check the oil level and this can lead to big end issues. The motor should sound fairly quiet, so be wary of any rumbles or signs of smoke from the exhaust. Honda state the CBR’s motor should be serviced every 2500 miles, but this never happens and so any service history is a bonus. The tiny peashooter of an exhaust pipe is made from mild steel and if it hasn’t already, will rot through over time. Get the engine running and carefully feel for any signs of escaping gas. Aftermarket systems cost in the region of £200. As you would expect on a budget 125 the finish isn’t great, so a tidy bike generally means a well looked after one, and always inspect for crash damage. It’s a 125 so will almost certainly have been down the road, but look for things such as bent forks and bars as these will mean an MOT fail. Never buy a 125 without hearing it run, even if it is cheap, and always insist on a full 12-month MOT. If possible, give the bike an HPI check as a lot of 125s are written off and also inspect the chain and sprockets and consumables such as brake pads as wear on these parts often gets missed by owners, resulting in further damage. Finally, always check all the electrics work and inspect the inside of the petrol tank for rust.

The CBR125R was initially unveiled in 2004 and aside from paint changes, which even included a Repsol replica that cost an extra £100, remained unchanged until 2007 when it gained fuel injection and slight styling modifications (lower pictures). This model remained unaltered until 2011 when the bike was completely overhauled and given a ‘big bike’ feel thanks to a new chassis and far cooler styling. 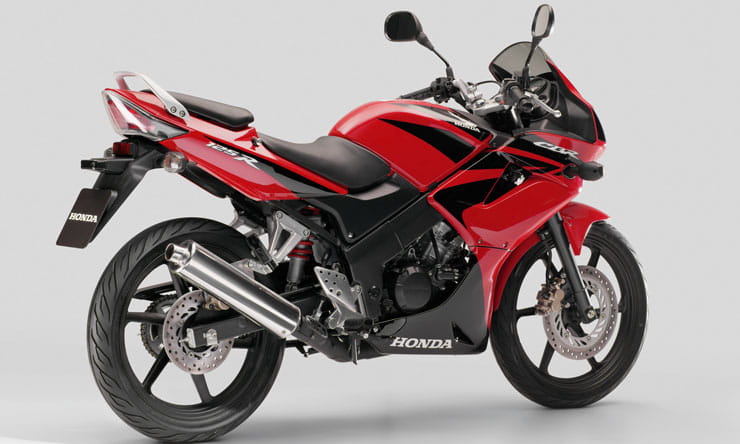 The CBR125R was immensely popular and as a result the used market is awash with both private and dealer advertised bikes. An early CBR125R can be found for under £700 if you are prepared to ride a Cat-C (cosmetic) write off. However it is worth spending an extra £300 and with around £1000 in your hand you can get a far better example of a pre-injection machine. If you want an injected CBR, then you will need to fork out closer to £1,400 for one with a short MOT or £1,700 for one with 12-months MOT and a fairly low mileage. If you have £2000 at your disposal, you can almost guarantee you will find a lovely later model, from a dealer, and that means a bit of warranty as well. However, at this price you may also be able to snap up a newer generation CBR (post-2011) that has a bit of cosmetic damage or a high mileage, which is tempting if you are taller in stature. 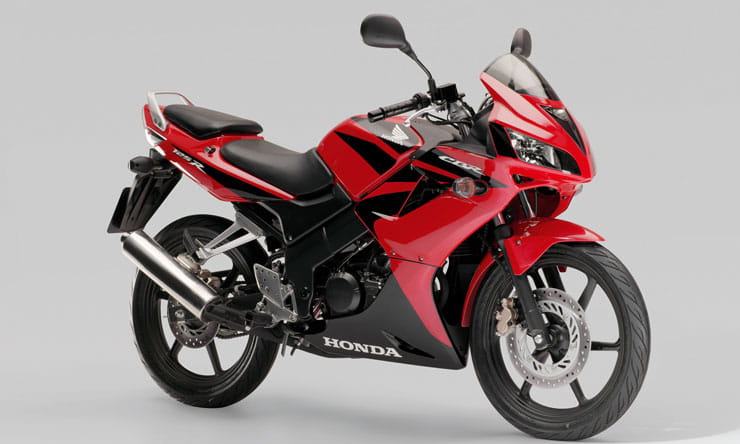