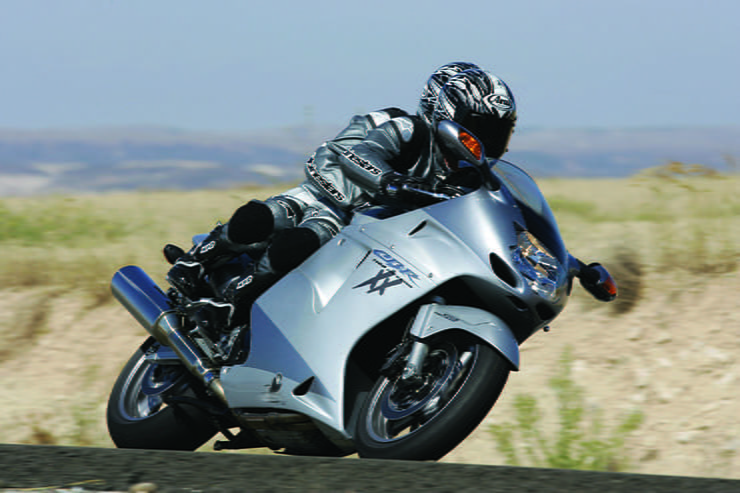 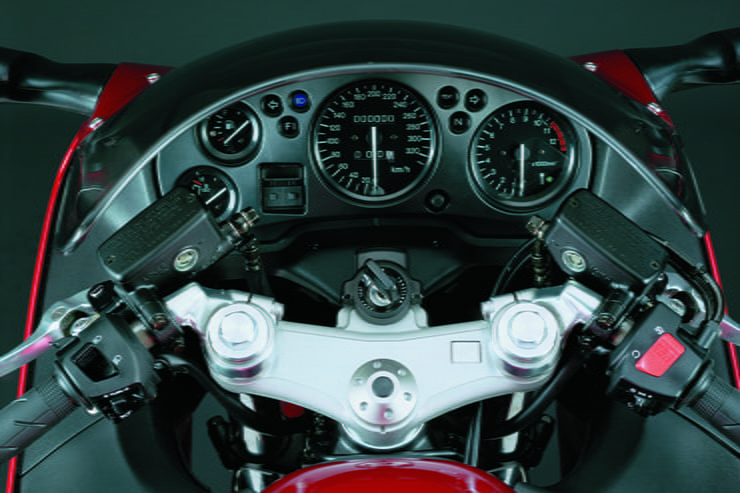 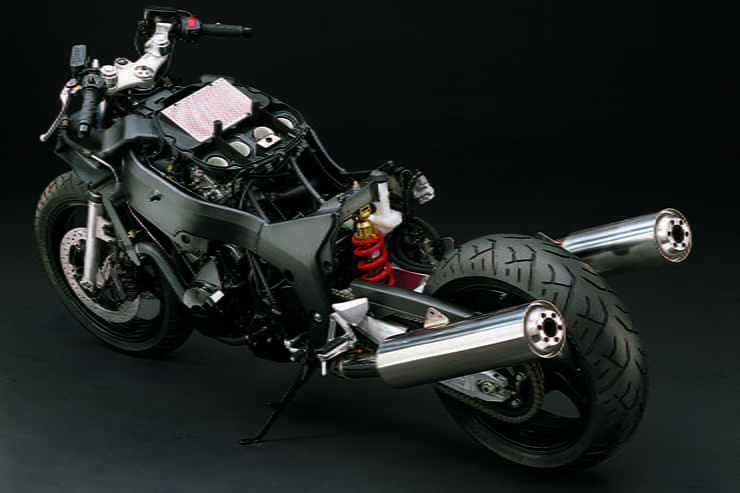 In the motorcycle world there is a lot of love for Honda’s CBR1100XX Super Blackbird and when you ride one you will instantly understand the reason for this. As well as being astonishingly fast when required, this hyperbike manages to tick every box in terms of comfort, handling, reliability and even price. It is, quite simply, a brilliant machine that has seen off the test of time and continues to be much loved by owners all over the world. So, what makes it special?

Designed at a time when ultimate top speed meant you were the daddy, the Blackbird’s claimed 162bhp saw it hitting velocities of nearly 180mph, which was enough to see off the former top dog, the Kawasaki ZZR1100. But rather than just be a one-trick pony, the Blackbird brought with this impressive top end a huge level of real-world practicality, making it far more a very fast sports tourer than a true hyperbike. And this remains its main selling point.

If you want a bike to blast the miles out on, the Blackbird should be right at the top of your buying list. As well as a remarkably comfortable riding position, the smooth inline four is designed for motorway cruising and is vibe-free and glorious in its mid-range drive. Add to this unquestionable reliability and you have all the ingredients for a true European tourer that will also let you enjoy the corners once you pull off the motorway.

Blessed with a chassis that is sporty yet never unstable, you can hustle a Blackbird through the bends and kneedown is certainly not ruled out of the question. While its brakes aren’t the greatest (especially with the horrible linked system) there are various cures to restore a bit of bite and who wants to rush when you are on holiday anyway?

If you have a long-distance commute, like touring (either one or two up) and don’t feel ready to swap your leathers for textiles and buy a full-on tourer yet, try out the Honda Blackbird. It really is a wonderful slice of Honda engineering at its very finest and extremely well priced when you consider what a versatile bike you are buying. 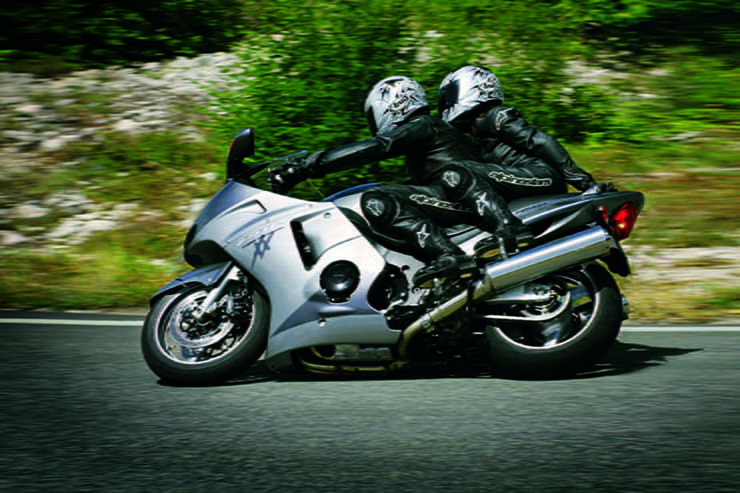 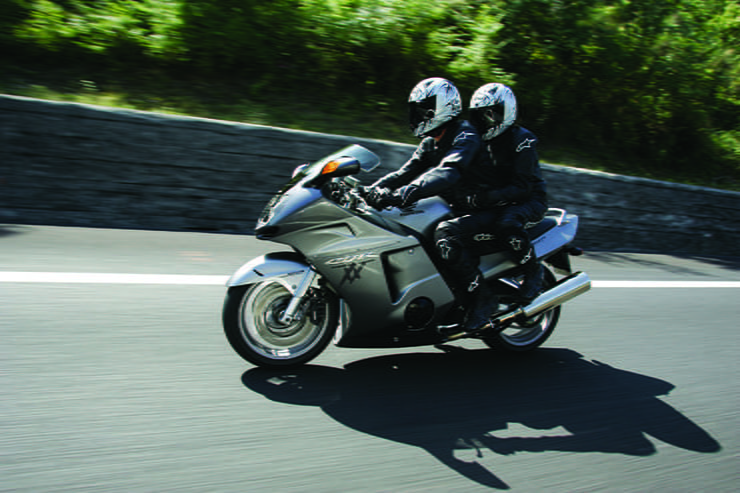 There are plenty of stories of Blackbirds sailing past the 100,000 and even 250,000 mile mark, so if treated well reliability isn’t an issue with that incredible inline four motor. However that isn’t to say it is indestructible because it does have a few potential problems…

The major blot on the Blackbird’s copybook is its cam chain tensioner, which isn’t the strongest and Honda actually released an updated unit. A new one costs roughly £50 and will take a competent mechanic about an hour to fit, so it isn’t a big drama if caught in time. Listen out for a clattering sound when the engine is ticking over that hints all is not well. A few owners fit a manual tensioner, but this isn’t really recommended as it is very easy to get its settings incorrect and cause lasting mechanical issues. On older bikes (usually the injected model) the generator and reg/rec is known to fail, which isn’t surprising considering how old the bike is and isn’t a huge issue to fix with the bill generally less than £100 for each item. Service intervals are every 4,000 miles with the valve clearances every 16,000, so be aware of this impending bigger bill if the bike is nearing this marker.

Although the electrical system is fairly sound, there is a bit of a quirk on the Blackbird that sees the diagnostic plug on the wiring loom corrode, creating a short circuit and a non-starting bike. Always check this area as a short can often start a catalogue of electrical issues…

The Blackbird’s linked brakes are a true Marmite side to the bike – some owners love them, others hate them with a passion. If the system is fitted, ensure the slave cylinder is operating nicely and the calipers’ pistons aren’t seized. If you hate them, a de-link kit costs just over £100 and will return the brakes to a more ‘normal’ operation.

Other than a good look over for crash damage and seized fasteners, your only remaining worry is the suspension. Honda used short springs in the forks, which degrade fairly rapidly and give a very poor front-end feel, while the shock (which is rebuildable) tends to give up its damping at roughly the 25,000 mile mark. 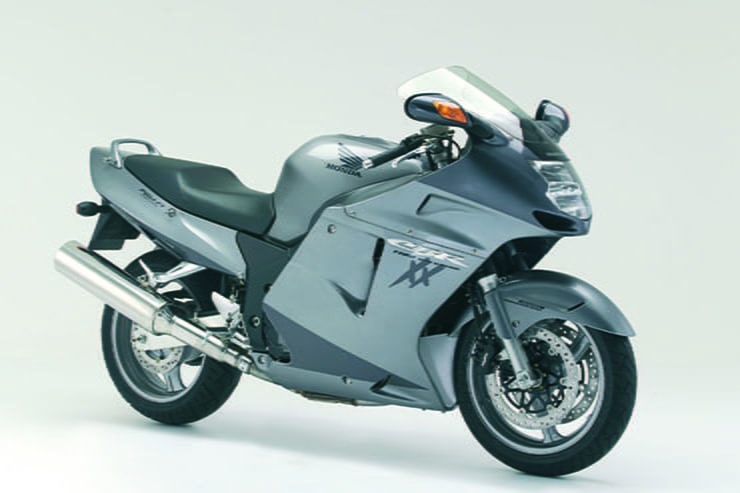 The original Blackbird arrived with four carbs in 1996 and although there was a very small tweak for 1998 that saw the cooling system modified, it was basically unchanged until fuel-injection was introduced in 1999. The second generation of Blackbird not only added fuel-injection, but also a one litre larger fuel tank, lighter clutch, immobilisor system and slight mod to the tail unit. In 2001 this generation was updated with a 30mm taller screen, increased emissions reducing gubbins and new clocks. Honda claimed a 15% increase in fuel economy, but owners report it doesn’t translate to improved mpg figures on the road. 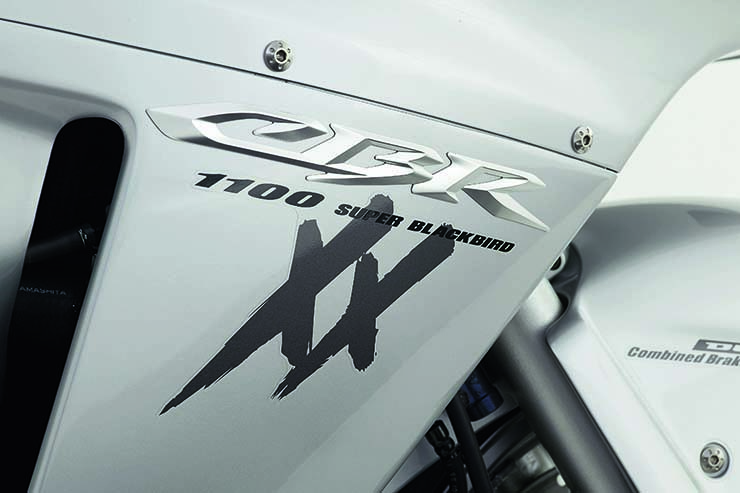 Considering the level of performance and comfort you are getting for your money, Blackbirds are an absolute bargain in the used bike world. A well-used (and by this we mean over 50,000 miles on its clocks) one can be had for less than £2,000, however you are better off hanging on for a slightly fresher example, which can be yours for just under £2,500. If you want an injected bike, expect to shell out closer to £3,000 with the top end for a late model in very good condition £5,000. 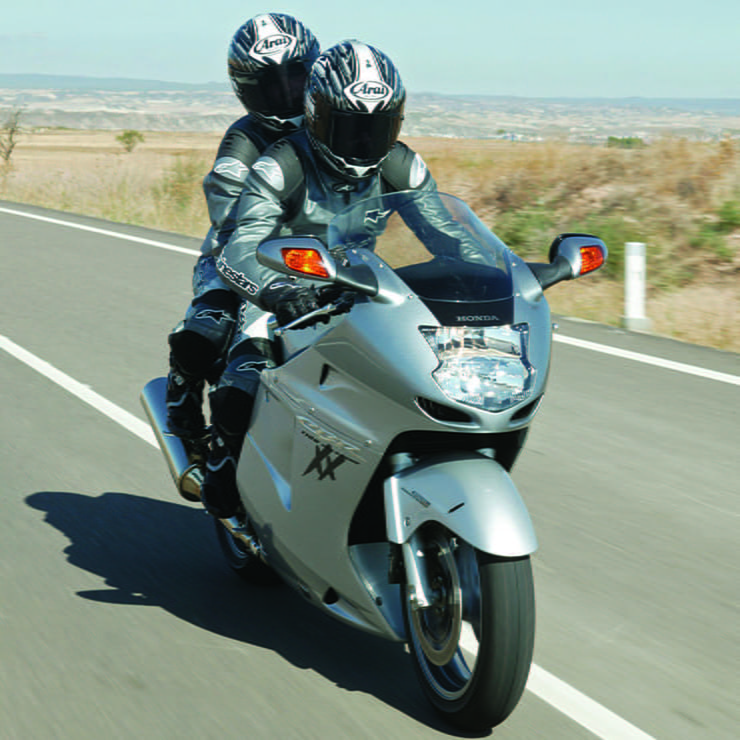 The Blackbird has a huge fan base and that means loads of owners’ clubs and forums. The best are B.I.R.D (Blackbird International Riders Domain) at www.superblackbird.co.uk or the CBR 1100XX Super Blackbird forum at www.cbrxx.com. If you have any mechanical woes, give Jaws Motorcycles a bell (www.jaws-motorcycles.co.uk) as they specialise in Blackbirds.