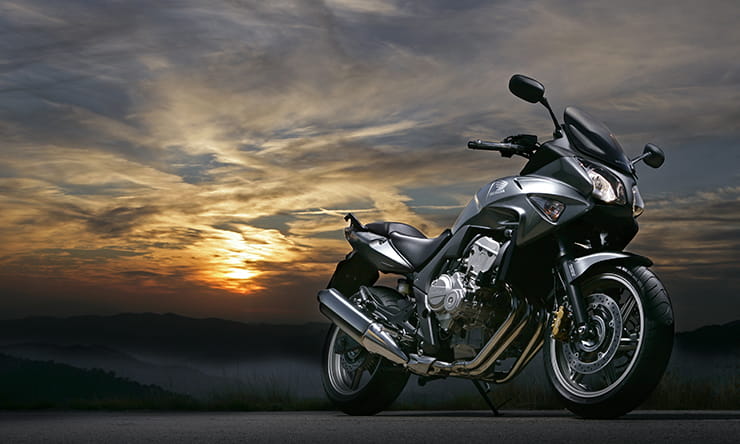 The CBR600RR engine is one of the most exciting inline four power plants ever built. A winner of eight world supersport titles, its track credibility is unquestionable and it even forms the basis of the Moto2 class single-make motor. So what did Honda choose to do with it in 2008? Stick it in a mundane commuter! What was all that about?

The CBF600 has always been something of an anomaly. It’s one of those bikes that many riders simply dismiss due to its, well, rather subdued outlook on life, shall we say? The first generation was met with muted interest, yet went on to sell rather well to commuters and so in 2008, Honda updated it to meet new emissions laws. And they used the CBR600RR engine as a basis. Not that you would have guessed it…

After re-tuning any spark of excitement out of it (the CBF makes 76bhp, the CBR 118bhp), Honda then wrapped the inline four in a new cast frame with budget conventional forks, combined brakes with ABS and even added a dash of colour with a natty red paint scheme. Although grey was also an option, naturally. The end results was, well, it was a very worthy commuter just like its previous incarnation. But is there anything wrong about that?

If you are after a solid machine then you can do a lot worse than the CBF. Ok, it’s not the most thrilling of bikes, but the S version (pictured above) with its half-fairing is a brilliant workhorse of a commuter while the naked model is also good when the going gets all congested. Reliability is very solid, the finish is decent and all you really need to worry about are the basics. And, best of all, due to the fact it lack sex appeal, prices are generally very low to boot!

The CBF is a very reliable bike due to its relatively low state of tune, however there is one major issue it suffers from. The wiring loom earths against the frame on the left hand side of the bike, just below the petrol tank. This area can trap water, causing the loom to corrode and short out. It’s a substantial problem and Honda did actually advise dealers to fit a corrective part or ensure water couldn’t get trapped there. If possible, inspect this area for corrosion and be very wary if the bike’s speedo starts to malfunction as its sensor is also located here and is one of the first parts to fail. Watch out for the ABS warning light as damage to the sensors and/or the sensor ring is fairly common, generally after safety conscious riders forget to remove their disc locks! Other than that, it’s general wear and tear such as chain and sprockets, tyres and suspension. This is one bulletproof bike that is designed to keep on going and going – which it does.

The CBR600RRR-derived engined CBF600 and CBF600S models replaced the older CBF600 models that used a retuned Hornet 600 motor (which itself was an old CBR600F engine) in 2008. The older bike’s engine had carbs instead of fuel injection and is a totally different design of motor. Neither CBF model was ever updated and the CBF600 and CBF600S were eventually replaced in Honda’s range in 2014 by the CBF650F and CBR650F. 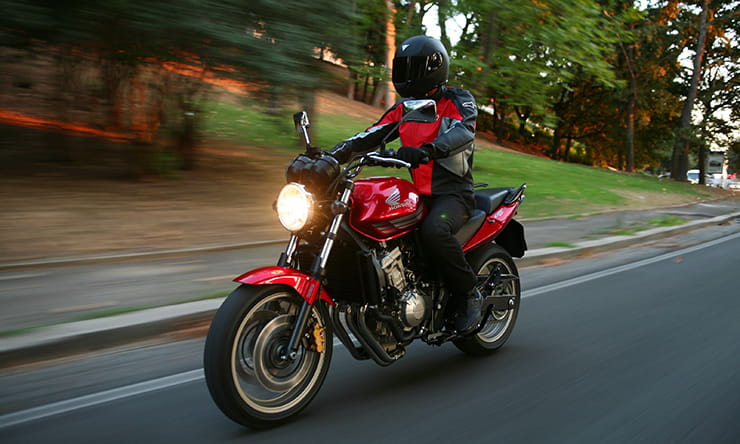 Prices for an early 2008 CBF start at just under £3000 in a private sale, or just over from a dealer, which is good value. There are a few private bikes priced lower, but these are often tired hacks and are best avoided. The best plan is to set yourself a target budget of £3500 and that should be enough to secure a very tidy bike with C-ABS as well, which is definitely recommended on a commuter. If you want one with luggage and heated grips, expect to pay just under £4000. 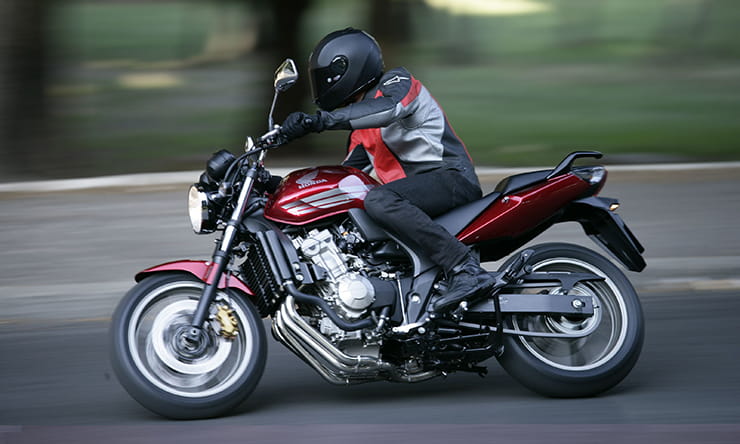