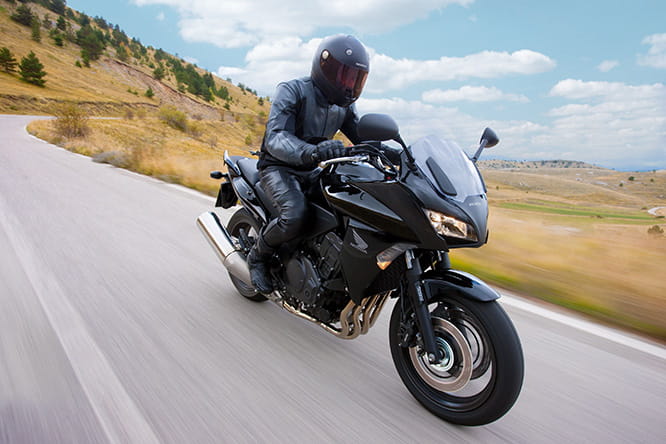 Budget all-rounder with detuned Fireblade engine goes far better than it looks while 2010-on facelifted and updated versions are better yet.

One of the unsung heroes of the last decade. While many of Honda’s budget, street CBF offerings, like the now deleted CBF500 and 600, have been worthy and affordable but… dull, the retuned-Fireblade powered 1000cc version was worthy, affordable and surprisingly good fun. That versatility and value ensured its popularity and survival while a major update in 2010 gave it new looks, updated clocks, a lightened aluminium (instead of steel) frame and improved economy, albeit at a higher purchase price.

As an outright bargain, little can match the original. However its successor remains a great all-round, value-packed bike. With 106bhp it’s no powerhouse but somehow it’s just enough, is incredibly smooth and responsive and has plenty of grunt for touring with a pillion. It is also has great economics, predictable, entertaining handling (albeit a little on the squidgy, budget side), is decently put together in a typical, Honda reassuring way and is a doddle to ride for newbies, too. And if you want even more touring appeal, a ‘GT’ version, complete with full luggage kit, heated grips, fairing lowers and satnav, is available as a factory variant at just a few hundred pounds more than the standard version as well.

On the downside, the CBF’s still no great looker, is clearly a little ‘budget’ here and there (although it is better than the original) and has none of the modern electronic rider aids (such as switchable power modes and traction control) that we have become accustomed to (although its linked C-ABS brakes are welcome). 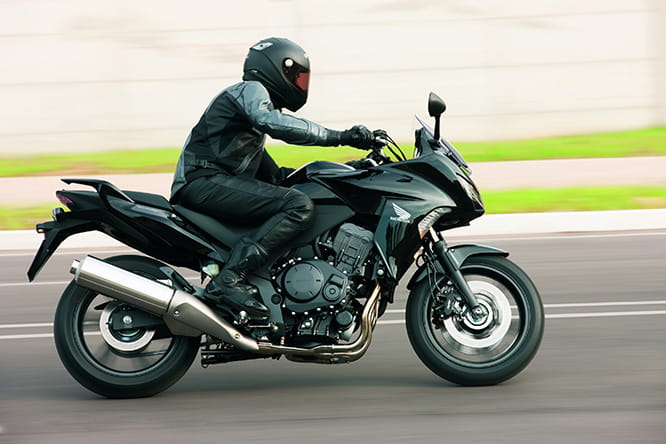 Mechanically, both versions of the CBF are as dependable as old boots, due mostly to Honda’s impressive build quality and the under stressed yet proven nature of its powertrain and chassis – but there are still things, when buying used, you need to have a careful look at. The CBF has proved popular as a tourer among relatively inexperienced or budget-conscious buyers so it’s common for used examples to have racked up high mileages and be used through all weathers. So check closely for issues regarding maintenance and wear and tear. Check servicing has been done correctly, all consumables (chain, brake pads, tyres) are within acceptable limits and that there not excessive corrosion or cosmetic degradation. Check, too, for minor damage. At the end of the day the CBF’s still a fairly hefty machine and drops and tip-offs by inexperienced owners are not unusual. So have a close look at all the usual suspects: bar-ends and control levers, fairing panels, footpegs and more for any scuffs or scratches. Any you find may be hiding more significant damage. Also check-out any accessories. Some aftermarket add-ons, like heated grips, may be welcome; others, particularly if the owner no longer has the replacement original, such as the stock silencer, less so.

The biggest change came in 2010 and was virtually an all-new model. So much so, in fact, that Honda UK ran both models alongside each other for a while. The newer version had fuelling changes, which improved economy, new bodywork including an adjustable screen and new clocks plus an all-new aluminium frame, which saved weight. Unfortunately, at the time it was also significantly more expensive, reducing its bargain appeal. 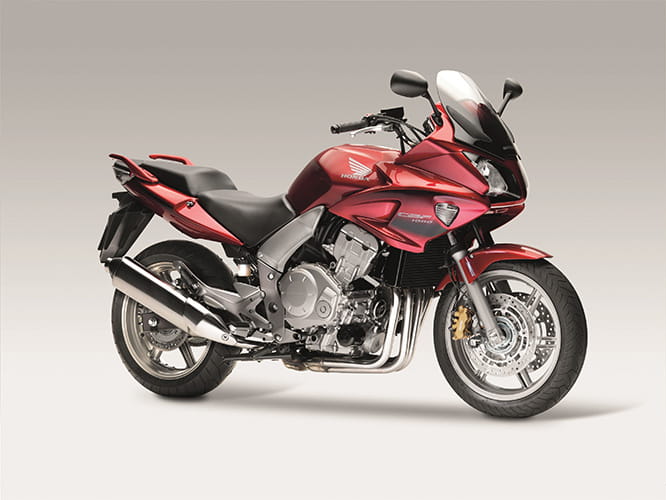 As little as £2500 will get you a usable early example with around 30K on its clocks while the face lifted version starts at around £3500. Ten grand will source you a really good example of each.