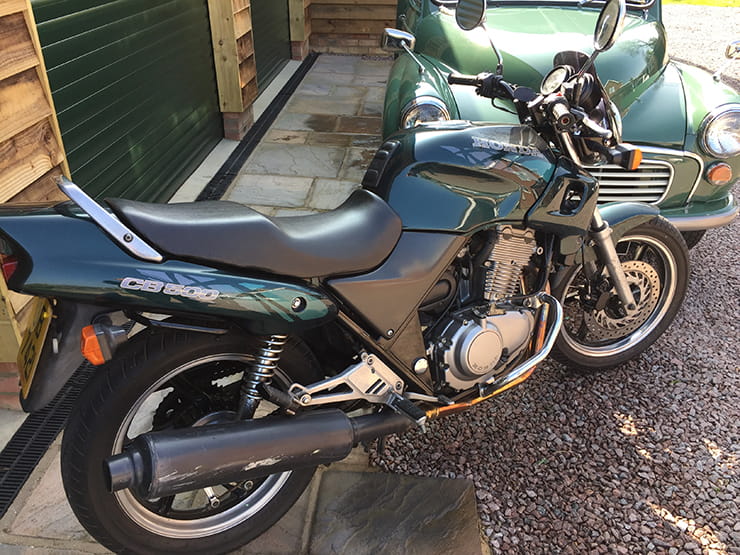 Is this motorcycling’s equivalent of the venerable Morris Minor?

Introduced in 1993 to an unsuspecting UK, Mr Honda kicked off a wave of commuter/courier ‘bikes with the CB500 that even inveigled themselves onto racetracks across Britain.

Having owned a fairish cross-section of what would now be described as “classic” Hondas, from an immaculate SL125, via the ubiquitous 400/4, 500/4 route plus a couple of hugely underrated 550/4s, and finally a very dubious 750/4 K2. This was purchased unseen through a certain online auction website and on first sight caused immediate regrets that I had actually ventured anywhere near the “Buy it Now” button, let alone clicking on it!

Bought virtually unseen from a friend who had owned the motorcycle from early on in its hard-working life in one of those “oh what the hell” moments, I must confess that I have zero regrets about parting with an embarrassingly small amount of money for a ‘bike with, in my opinion, an enormous amount of character.

Okay, in its day it probably attracted more attention from the riding school, courier, “dum-de-dum, wonder what’s for tea” commuting home from work brigade rather than the knee down Sunday scratchers, but is that necessarily a bad thing? It surely illustrates what a superb all-rounder it is and with a little TLC along the way should achieve galactic miles, 100,000 mile examples not being unknown.

Producing a paltry 57 bhp, but revving to 10500 rpm the 8 valves work in unison, especially above 8k, to serenade you to higher speeds than you wouldn’t imagine possible from such a diminutive machine. Weighing in at 173 kg and a seat height of 775 mm all suggests very much a lightweight, but given its head proves those theories of inadequacy totally unfounded. 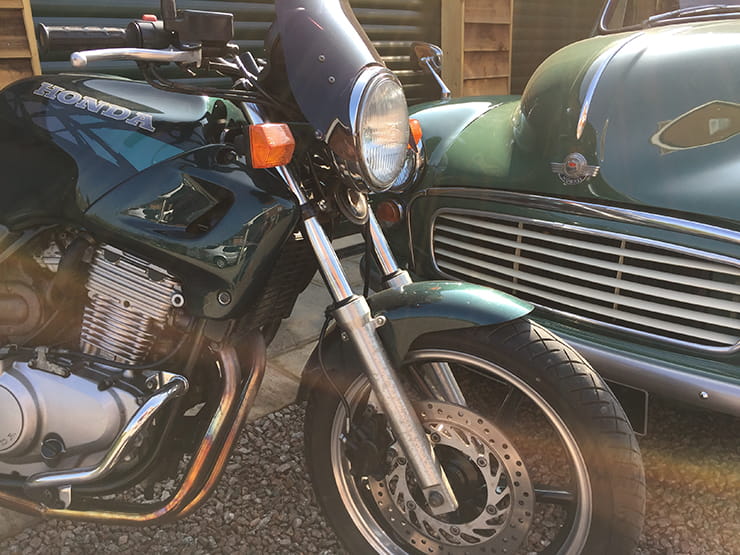 Go and ride one, or even buy one while they are as cheap as chips. You won’t regret it.

Alternatively, is the CB500 an undiscovered gem? It has lain dormant in the annuls of motorcycling history largely overshadowed by the CBRs, ZZRs and YZFs of this world promoted by the media as enormously capable, grin factor machines, but the CB500’s simplicity and innocence may well raise its game to higher levels than can be expected.

You are probably now accusing me of peering through my rose tinted goggles, while wearing my pudding basin helmet and waxed Belstaff, but bearing in mind the market that the CB500 was aimed at, riding the machine certainly causes one’s eye-brows to rise. Soon after the bike’s introduction a race series was launched, known imaginatively as the CB500 Cup, with a certain James Toseland taking the inaugural honours, with Suzuki and Kawasaki joining the fray a few years down the line with their GS500 and ER-5, to become known as the Thundersport 500 Series. The rest of course is history!

Described by Motor Cycle News at the time “The Honda CB500 is a first big motorcycle you’ll never want to sell”. I reckon that just about sums it all up.

Go and ride one, or even buy one while they are as cheap as chips. You won’t regret it.

Perhaps the courier spec CB500 is more of a GTi Golf than a Morris Minor! 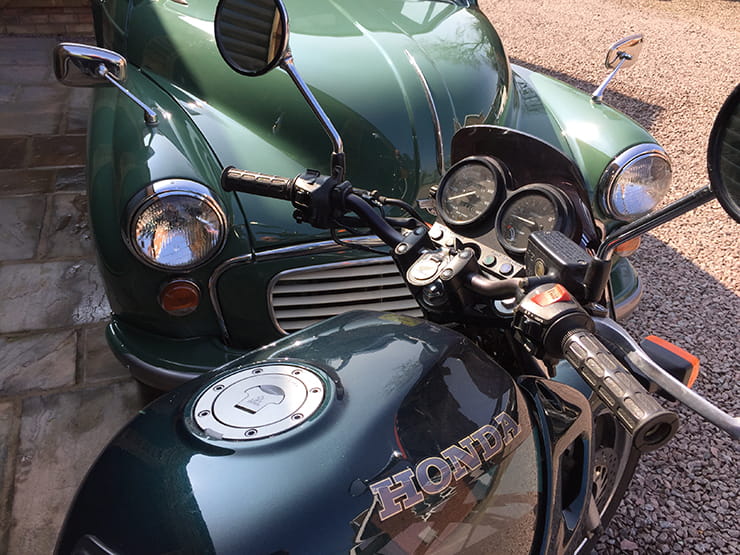