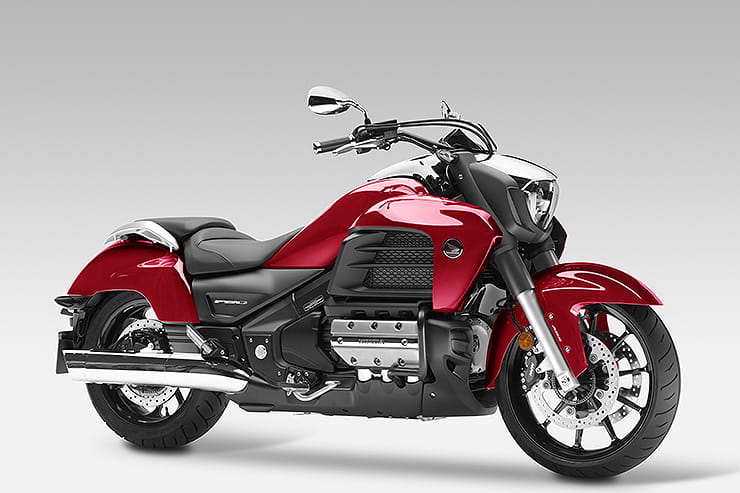 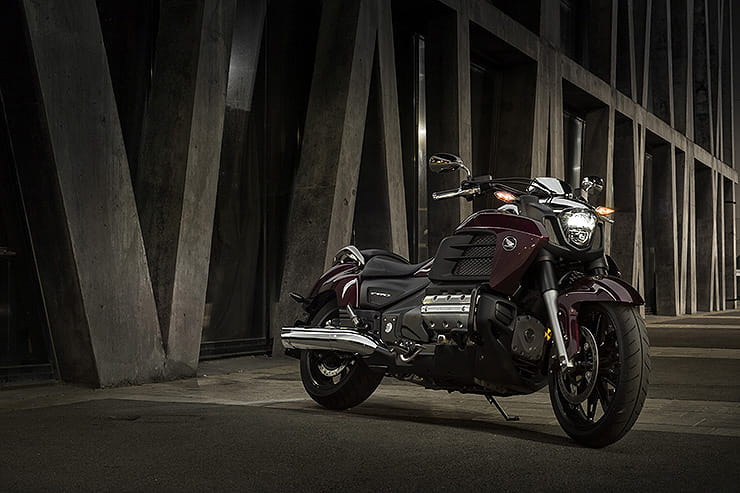 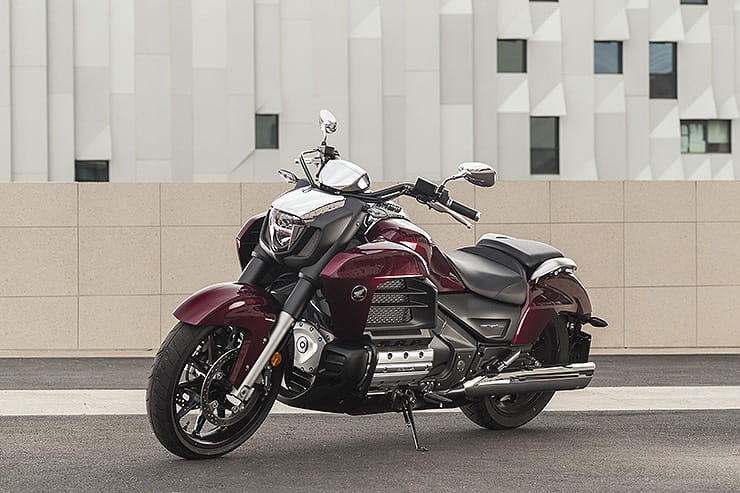 OK, there is no denying the F6C will split opinions. This is most certainly a bike you need to want to own, not something you will buy on a whim – which isn’t surprising considering it will cost you close to £12,000! So, what is the F6C? In 2014, Honda took their Gold Wing tourer, stripped its fairing off and created the F6C, a bike they billed as a Street Muscle Cruiser – whatever that is. Following on from the popular F6C Valkyrie (although this new version never carried the Valkyrie name, not that it did anyway on the UK) and also the US-model only Rune, the F6C is basically Honda’s take on a very big stripped-back cruiser. With an incredible street presence and beautiful flat six motor, the F6C is a real head-turner of a bike and one that you feel amazing riding. However, it is also heavy, expensive and not really suited to the UK’s limited (in comparison to America...) road network, which is probably why it only lasted a few years before being dropped from the model range... Shame really, it is an awesome bike and gloriously over the top if you like that kind of thing – and who doesn’t?

The F6C cost a staggering £17,999 back in 2014, which was less than a Wing but still a hell of a whack. Due to its rarity (not many were sold in the UK) the F6C holds its value well and there are very few in the used market, meaning you will need to stump up around £12,000 to buy one. On the plus side, unlike Wings, they seldom have anything close to 10,000 miles on their clocks!

One word – wow! The flat six motor has more torque than a chat show host and is fantastic in cruiser guise. It may only make a fairly low 114bhp, however it is backed up by an ultra-smooth and seamless 123lb-ft wave of mountain-levelling of torque that Honda claim arrives at just 4000rpm. Lazy, low revving and unbelievably grunty, it’s a really cool engine that certainly doesn’t disappoint. If you want laid-back motoring, this engine is virtually horizontal...

The Gold Wing’s engine has a superb reputation for reliability and in F6C guise it is even less stressed simply as owners don’t cover many miles due to the lack of a full fairing. As long as the bike has a good service history, you can basically buy in total confidence that all is well. Despite the complex sounding nature of the flat six, in reality it is easy to work on, only has a single overhead cam and as long as you don’t need the clutch changing has excellent access to its mechanical parts. It’s actually a cheap motor to run. In Gold Wing form a few owners grumble that it only has five gears, however in the F6C this isn’t such an issue as the naked styling of the bike naturally keeps speeds down. The F6C has a different exhaust to the Wing (Honda tried 10 variations in development...) and is claimed to offer a ‘throaty growl at low revs and high-pitched crescendo at maximum rpm.’ That’s Honda speak for it has a bit of character and as a result, most owners stick with the OE pipes. The shaft drive means minimal maintenance and again is very reliable with few known issues while the clutch action is lovely and light. All in all, when it comes to the motor on a used bike, all should be well and you would be very, very unlucky to run into any major issues. 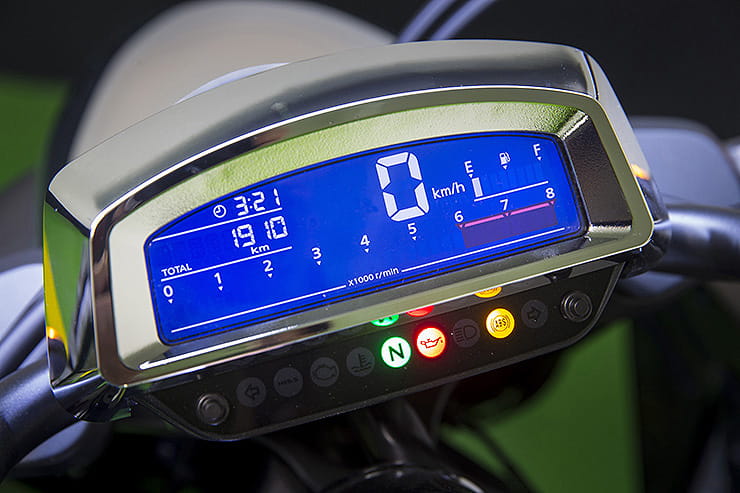 Honda claimed economy figures of 50mpg, which owners report is fairly accurate. At that rate you can expect to see nearly 250 miles from a tank, however in reality unlike a Wing owner who will happily tick those miles off, the F6C owner is less inclined due to the bike’s exposed riding position.

Make no mistake, the F6C is a very big bike indeed and one that gives the impression of its rider being a child that has just stolen their dad’s bike! Tipping the scales at 341kg and with slightly odd tyre sizes, it can feel a bit strange to start with but you soon get used to the sensation and also the feeling of being perched up on top of a monster of metal. Honda have done a great job when it comes to weight distribution on the F6C and although undeniably heavy it rolls through bends well and is totally unflappable. The suspension is set for relaxed cruising, which you would expect, and although lacking in adjustment doesn’t really need much fiddling as this isn’t the kind of bike you are hoping to squeeze any extra chassis performance from, just up the preload should you take a pillion. When buying used always check the shock and forks for leaks/damping but generally, just like the motor the chassis is very solid.

As you would expect on such a heavy bike, the F6C comes with decent brakes. ABS (2-channel) is standard fitment and the front calipers are four-piston items while the rear has three-pistons. You can haul it up on the front alone but most cruiser riders also use the rear quite heavily, which is a good idea. Always check the discs’ thickness as they can wear quite fast and also assume the bike will need new lines as the OE rubber ones will be beyond their service life by now. 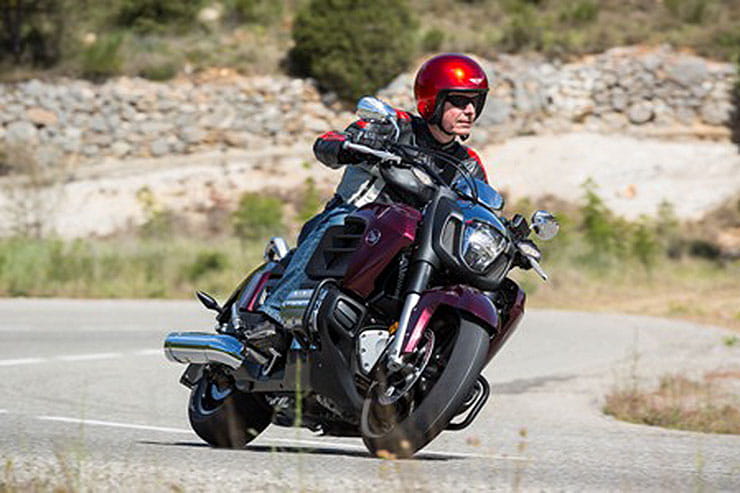 The F6C is a cruiser more than a tourer and is best suited to shorter, low-speed, journeys than big tours. Although comfortable the riding position is quite exposed but as there is no screen your neck will take the strain. Some owners fit panniers but these are more for day-to-day practicalities or weekends away than touring Europe.

The F6C comes with ABS as standard but that’s it, which is a bit of a shame. Reverse gear (as on the Wing) would be handy as well as cruise control, so that’s a bit of a black mark against the bike. Although, that said, at least it reduces the chances of any electrical gremlins such as the ones that can plague a Wing. Honda sold a few accessories for the F6C including a screen, LED fog lights, leather saddle bags and a rear carrier but most bike remain pretty standard and even loud pipes are rare.

There is a real charm to the F6C that a few owners will get, however the vast majority will find themselves avoiding this cruiser and that’s why it didn’t remain on sale very long. One for passionate fans as not only is it very expensive, it is an acquired taste...

Three things we love about the F6C… 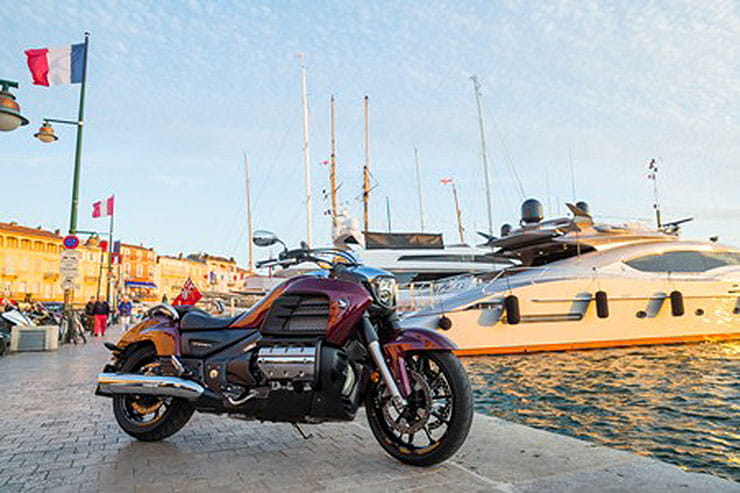