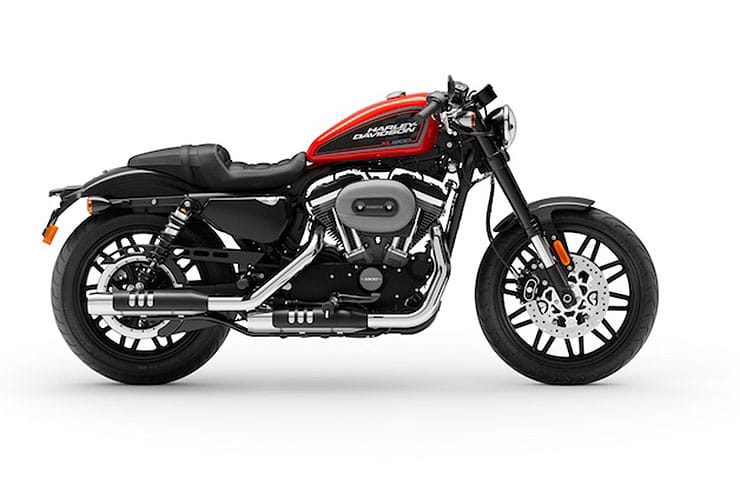 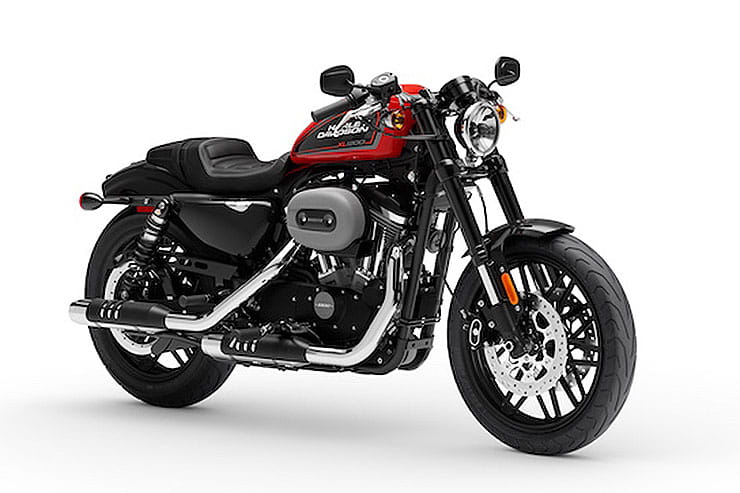 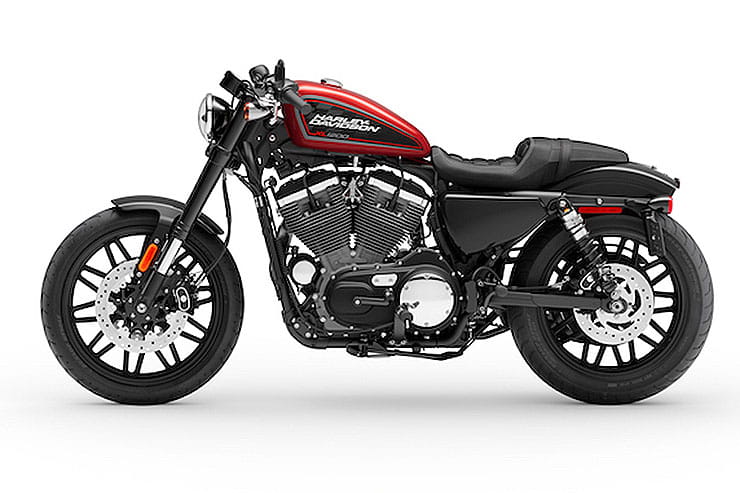 Take a Harley-Davidson Sportster 1200 and strip it to the bone. Add in a whole dose of Fifties and Sixties hot rod, drag-strip flavour, throw in some adjustable rear shocks, a menacing stance, a set of upside down forks and twin discs with ABS and you’ve got the new Harley-Davidson Roadster.

Built around the concept of a stripped-back Harley-Davidson Sportster, the new Roadster gives off a laid-back super cool attitude that’s just gagging to get a set of noisy pipes on it.

It's one of the purest, best-looking Harley Sportsters in its 60-year history, especially with its cut-down front and rear mudguards and the way the pillion seat gives it a fastback style.

While with twin front discs, a sporty riding position and those fat 43mm upside down front forks we haven’t seen a sportier Harley since the XR1200 back in 2008. It’s the sportiest Sportster yet.

Harleys are never cheap but Sportsters, whether 883 or 1200, are often within reach of most and the same is true of the Roadster, despite its uprated chassis and cycle parts. New, it’s a hell of a cool bike for around £10,000 and, being a Harley, with the huge accessories potential from the world of Harley and ‘Dark Custom’, beyond that the sky’s your limit if you want to customise or personalise. Harleys also have solid residuals, meaning used prices remain high, but a decent used example can be had for around £7,750. 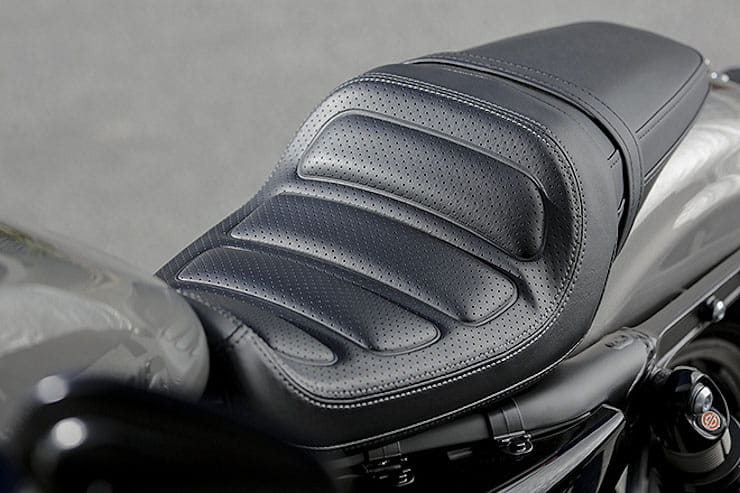 Harley’s lazy V-twins have always been more about grunty torque than big power and as a result the American firm has long been quite coy about publishing bhp figures for its bikes as they don’t compare well with more modern rivals and give a distorted impression of their bikes.

The 1200 has always been the pick of the Sportsters, though, produces a healthy 76lbft of torque, 60-odd horsepower (take our word for it, Harley is compelled to publish its bhps on its German website) and is a reasonable, charismatic if slightly agricultural performer.

The delivery is best described as ‘lazy’. It makes power as low as 2000rpm and pulls cleanly low-down. 70mph is around 3000rpm where the bike is in its lazy sweet spot. Sure if you want to over take then just shift down, but for cruising, it’s spot-on. The throttle feel is ace and the flat torque curve means it's best in the power range between 3000 and 5000rpm. There's a redline and rev-limiter at 6000rpm, but why you'd ever want to get it revving that high is beyond us.

The Roadster uses the same, unchanged air-cooled, 1202cc, ohv, pushrod 45-degree V-twin as the rest of the 1200 Sportster family, and which has been around since the late 1980s. That said, it has been successively refined, is now fuel-injected and produces around 66bhp, is certainly the better of the two ‘small block’ Harleys (the other being the 883) and has authentic character by the bucket load.

The five-speed gearbox has a long and slightly clunky throw that can take some getting used to, with a clutch that some might find heavy. But it's always positive and you always know the bike has shifted. Final drive is by Harley’s usual, largely maintenance-free, belt system while the Roadster also has twin, standard and typically Harley ‘shotgun’ silencers – although most owners fit louder, ‘Screamin’ Eagle’ cans, often before they’ve even walked out the Harley dealer’s door. 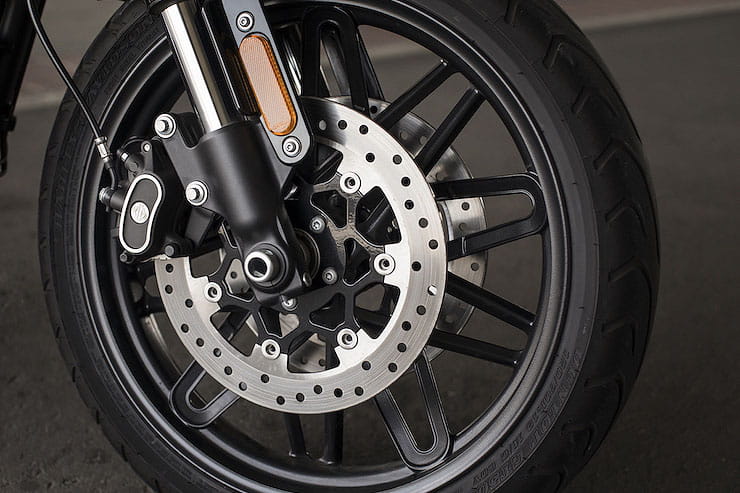 As the Roadster uses the same air-cooled, two-valve 1202cc V-twin as all other 1200 Sportsters its fuel economy is no different to other 1200 Sportsters, too – although, by its very nature, in being a more sport-orientated version with more willing handling it is likely to be ridden and revved harder which would be expected to reduce that figure.

On average, we’d expect mpgs in the mid to high 40s, which is reasonable, but, because of the Roadster’s small, 12.5litre ‘peanut’ fuel tank, that’ll only return a tank range of around 120 miles or so, so beware!

The natural, slim and narrow Sportster and that traditional air-cooled 1200 V-twin is the same motor and basic steel chassis we know and love. But with longer, better quality suspension including a lifted up rear end, which not only improves ground clearance it completely alters the geometry and poise of the bike. It now looks better, sits more purposefully and takes on a whole new look and stance.

The 19" rear wheel and 18" front wheel make all the difference and give the bike sweet steering in traffic. The bars are swept low and wide, giving it a semi-sporty riding position. But personally I'd go a step further and either make them proper drop bars like the Thruxton, or lift them up a few millimetres and go flat-track style,

In town it’s great, but It's out of town where the Roadster comes alive. It handles like a normal bike rather than a cruiser and you can feel those fat upside down forks working and what the front tyre is doing. The tyres may not be the stickiest, but they’re more than adequate.

The bike's pegs will touch down, eventually of course, and maybe the hero blobs are just a bit too long, but it goes round corners well.  Harley says it's the sportiest Sportster to date and it works. Works well in fact. 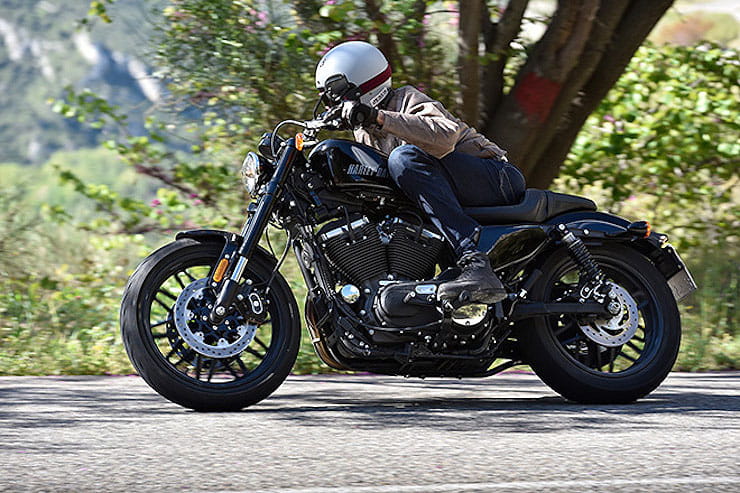 The Roadster comes with the most powerful braking set-up of any Harley Sportster – decent twin discs complete with twin four-piston calipers – and they work well enough, too, without quite being as good as the true sports/superbike elite.  The ABS is good too. Good enough to come howling into corners and grab a handful of brake and let it do its thing.

Generally the riding position is good. The pegs are in a slightly strange place when you go to put your feet down and are quite high, but to ride, it's a nice position that pulls you over the front of the bike and is never uncomfortable. The narrow tank and deep seat also mean you sit well within the bike. I did around 120 miles on it and it wasn’t uncomfortable.

That said, the Roadster remains a sporty, naked bike and one that’s also quite small particularly for larger riders so don’t expect the levels of comfort and weather protection over longer rides you’d get with most faired or touring-orientated bikes.

The Roadster might be sporty but it remains a fairly basic and crude Harley Sportster so although there’s better quality suspension and brakes don’t expect much else by way of equipment. Apart from ABS there’s no electronic rider aids, there’s only a single dial and there’s no frills or creature comforts.

Being based on the Sportster also means the Roadster’s switchgear, levers, and ‘peanut’ fuel tank are also more chunky, clunky cruiser than sporty café racer, which jars with the styling slightly.

But if the pared-back Roadster doesn’t come with much as standard, being a Harley also means you have access to H-D’s famed and extensive accessory options, whether that be for cosmetic, practical (fly screen anyone?) or performance reasons. Most used Roadsters we’ve seen, for example, come with at least loud Screamin’ Eagle cans… 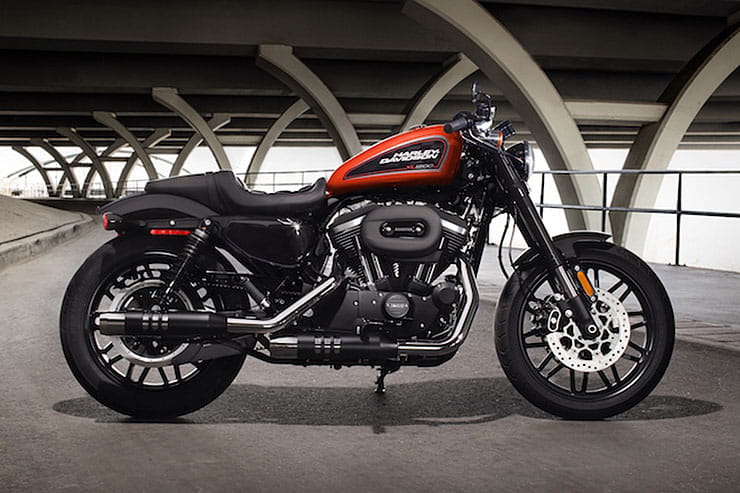 Harley set out to make the Roadster a true café racer and its sportiest Sportster yet – and it certainly succeeded. It looks good, handles better and yet still has the traditional, solid, Harley underpinnings and experience that set the American brand apart. It’s good in the bends, has enough grunt out of them and the brakes work as they should too. As such it reminds of a kind of Harley version of the old Triumph Thruxton.

The whole experience makes you feel good, digging the Harley vibe, chugging along using the torque of the motor, and taking in the view. It's one of those bikes that gets better and better, the more you ride it. And it exudes cool too.

Three things we love about the Roadster…