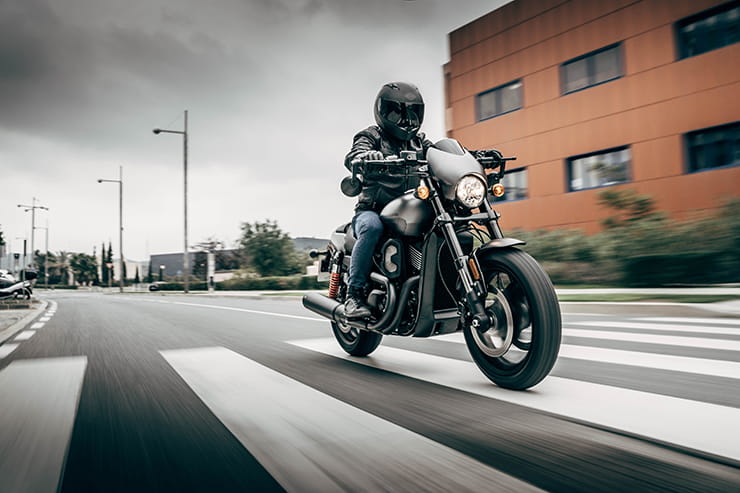 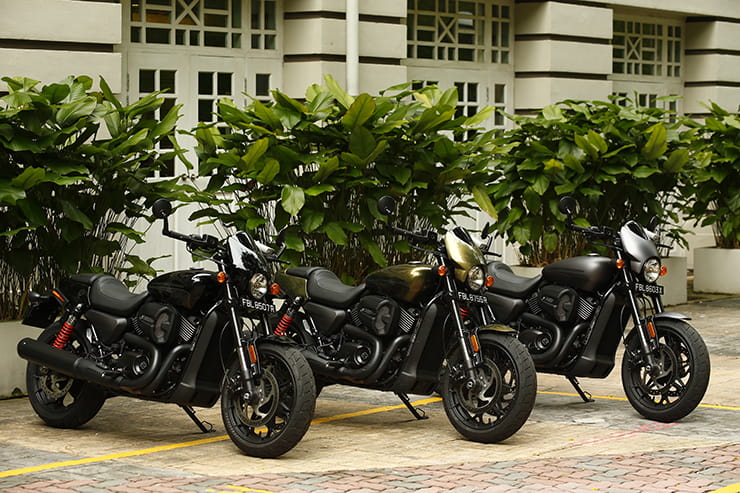 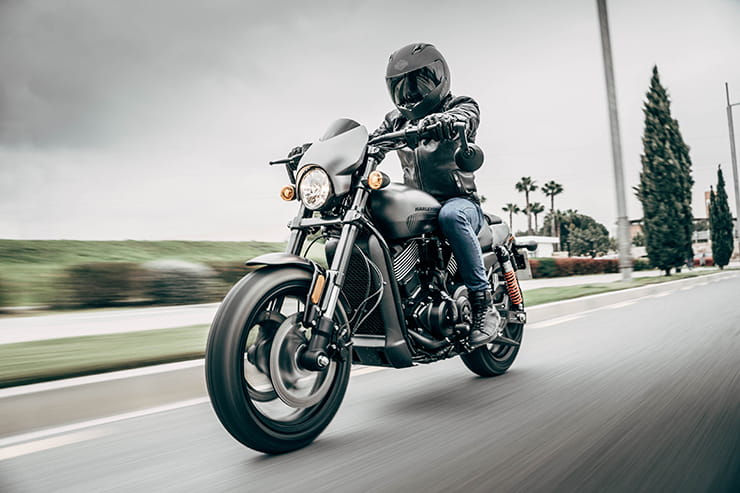 Back in 2017 Harley were asking £6745 for a black Street Rod and £6995 for one in grey or olive, which always seems a bit cheeky as can paint really cost £250 more? This may have been £750 more than the Street 750 but more importantly it was only £1250 less than an 883 Iron, which at the time was Harley’s big seller. Nowadays where prices of the air-cooled Sportster models have held very firm (even more so now they are discontinued) the Street Rod’s value has certainly dipped. You can pick up an early 2017 model for just over £5000 in a dealership with private sales coming in closer to £4500. Brand new 2020 bikes (or even 2021 if the dealer couldn’t shift them!!!) are just over £7000. Give yourself a budget of £5500 and you will get a peach.

The Street Rod has the same water-cooled 60-degree V-twin as the Street 750 but to give the Rod a bit of attitude, Harley gave it more aggressive cams (just one per cylinder...) with increased lift and duration, high flow heads and dual throttle bodies, all of which boost the power by 20% to 67hp and the torque by 10% to 47.9ftlb. Still not exactly a rocket of a motor, it is a noticeable improvement on the lacklustre Street 750 and adds some much-needed poke and even a bit of a crackle on over-run. A smooth motor, it is well suited to life in an urban environment but lacks that soul or thump that you get from the firm’s air-cooled engine and feels, I’m sorry to say, a bit sterile and Japanese. It’s not bad, it’s just a bit forgettable.

The Revolution X 750 motor (to give it its full name) isn’t a bad unit and aside from the occasional gripe about the gearbox’s action and fluffy throttle connection, owners don’t seem to find that much to fault. Service intervals are every 5000 miles with the plugs changed every two years and also the brake fluid. As the rod runs hydraulic lifters there are no valve clearances to check, which is good, so the 5000-mile services cost the same with only lubricating bearings at 20,000-miles adding to the cost. The issue is that Harley servicing is never cheap and owners report paying anything from £250 to £500 for a 5000-mile service, which is very pricey. It’s not that hard to do yourself but you will lack that all-important stamp in the owner’s manual. As on any belt-driven bike always check the belt for damage as it can get compromised if a stone gets wedged between the belt and sprocket (pulley) and that means a new belt, which is a bill of around £300 as it is quite tricky to fit due to the fact you need to remove the swingarm as there is no split-link on a belt! Watch out for any bike that the protective cover has been removed on, some owners think it looks neater without it attached and this increases the chances of stones getting in there. The original exhaust is more than a little weedy in terms of its exhaust note and also the black paint has a habit of flaking off, so a lot of owners fit an aftermarket item, usually an S&S from the Harley dealership. While a few early Street 750 models suffered electrical issues, the Rod seems largely free from this, which is reassuring. 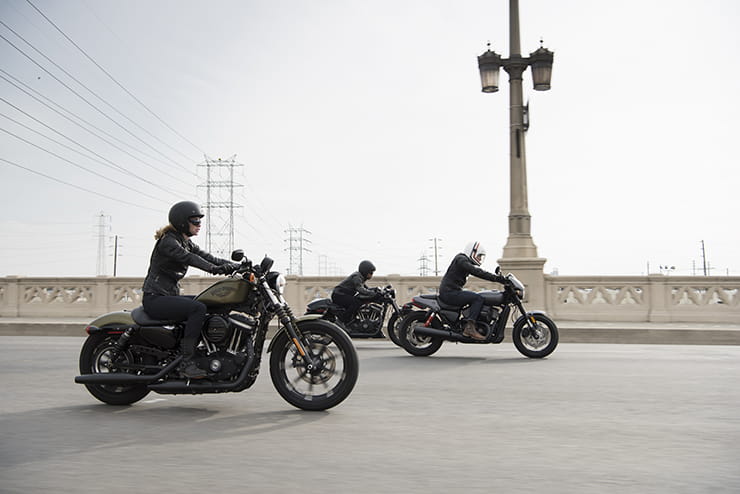 Harley did like to claim the Rod was more economical than it actually is and in general use you can reasonably expect to see 52mpg, which equates to a tank range of about 160 miles from the 13-litre tank. The fuel warning light illuminates at about 130 miles.

The Rod was always intended to be the sportier Street model and as such it comes with matching 17-inch wheels were the Street 750 has a 15-inch rear. Harley also made the chassis’ geometry sharper, added twin piggyback shocks with adjustable preload and even twin discs. In fact, the Street Rod had the most ground clearance of any Harley model to date when it was released in 2017 – boasting a claimed 37.3-degrees on the right and 40.2-degrees on the left. And you know what, it actually works surprisingly well. You can throw the Rod into bends and it doesn’t get too upset and you really need to be cracking on to get anywhere near its ground clearance limits. It’s a fun bike to take down a twisty back road and while not a patch on a sporty naked bike, it is leagues ahead of the terribly softly sprung Street 750. In town the Rod’s chunky 238kg wet weight sounds a lot but in reality its low 765mm seat height means it never feels cumbersome or unwieldy and aside from occasionally smashing your shins on the pegs there isn’t much to moan too much about. It’s not amazing but it is most certainly competent.

With its twin disc set-up and ABS as standard, the Rod stops way better than the Street 750 but it isn’t amazing. The two-piston calipers are quite weak in their power and it feels like Harley assumed that riders would also use the rear as they do on their cruiser models. Do this and the Rod stops ok but the ABS is pretty basic and quite intrusive. It’s nice to see Harley use braided lines as standard but a span adjuster would have been a good addition on the brake lever as not everyone has ‘Harley-sized’ hands! 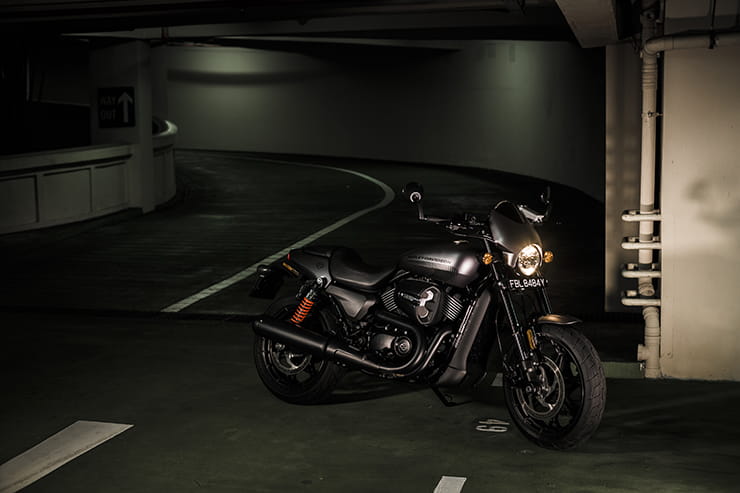 The Rod isn’t a very comfortable bike and its seating position plays havoc with your coccyx after a few short miles. The small screen does little to deflect wind and the upright stance sees you acting like a sail, putting extra strain on your arms. And then there is the intensely annoying foot peg position, which sees your heel resting on a (very cheap afterthought) rubber pad stuck onto the exhaust! Use it as a city commuter or a short-hop weekend bike and you will be happy and keep mile-munching for the firm’s dedicated tourers.

Aside from ABS the Street Rod comes with an alarm and immobiliser as standard and that’s it, which is to be expected on a budget bike from a firm that at that point shunned new electrical technology such as traction control. Although Harley do sell a range of accessories for the Street Rod, most owners tend to stop at an exhaust, pillion backrest and maybe some soft luggage. Unlike the 883 models, owners don’t seem to view the Street Rod as a long-term investment and therefore don’t splash out on expensive and blingy accessories.

The Street Rod isn’t a bad entry into the Harley-Davidson brand and is certainly way better than the Street 750 but when you look at it you can’t help but think buying a ‘proper’ engined model is a better long-term financial bet and also a more gratifying machine to own and ride. The Street Rod with its water-cooled engine and Indian build quality (which isn’t bad but also isn’t great in areas) doesn’t have that true Harley flavour about it and that is something that will always hang over its head. Some owners really fall for the 750 range but if you are buying a Harley because you want a Harley, buy an 883 instead.

Three things we love about the Street Rod… 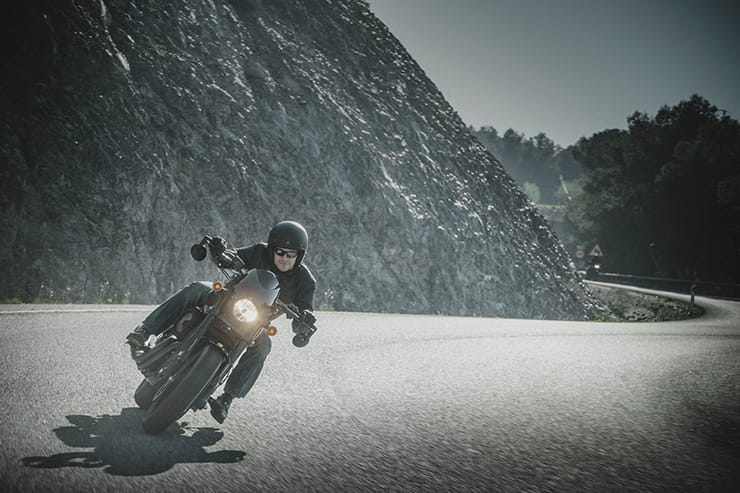 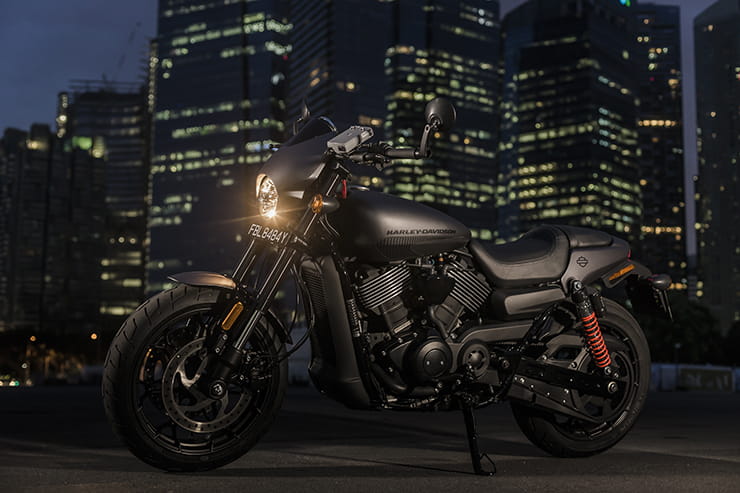 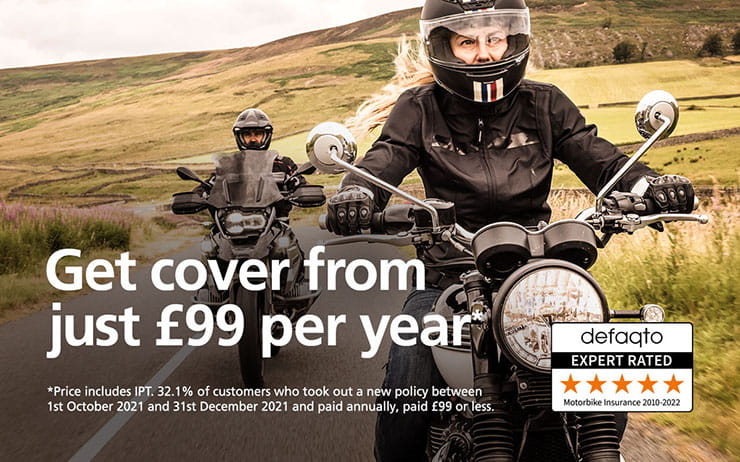