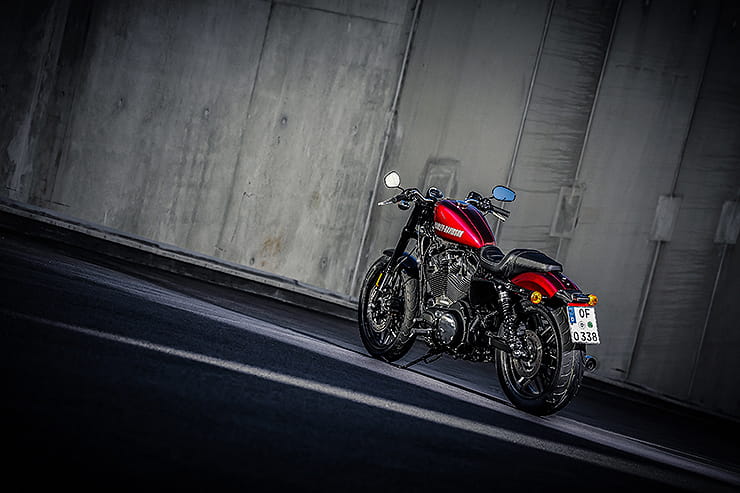 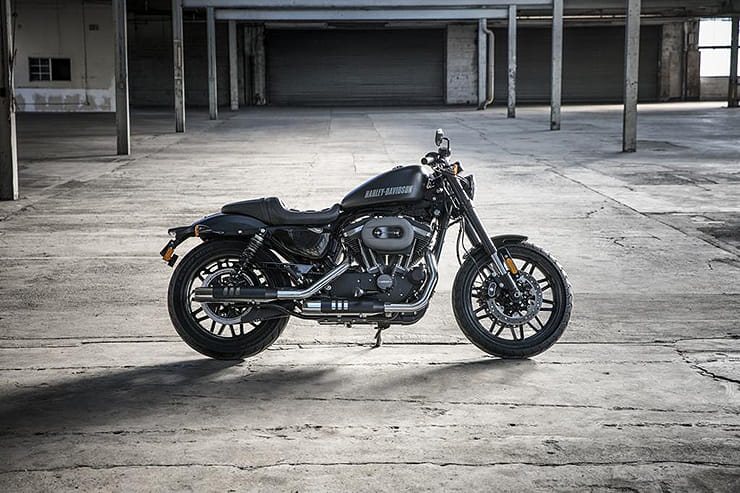 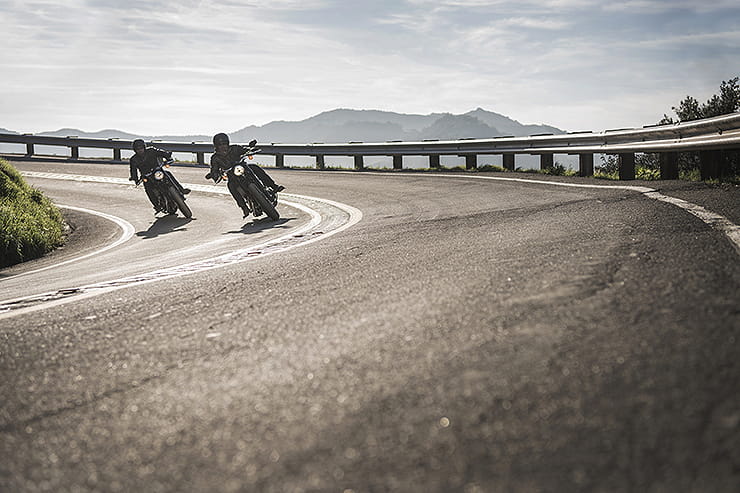 Despite their name, Harley-Davidson’s Sportster range of bikes have never been that, well, sporty... The air-cooled models certainly have their place and offer cheap entry into the brand as well as delivering a truly authentic (and iconic) sound and feel – but sporty? Not really. In 2016 Harley tried to up the Sportster’s sporty side through the new Roadster model, a bike that they claimed was ‘based on the high-performance models that were used on drag strips in the 1950s.’ How did they achieve this goal? By stripping the Sportster base back, adding inverted forks and twin discs, new wheels, aggressive styling and sporty bars. The result was a semi-café racer that certainly looked the part but didn’t sell that well and as the whole air-cooled Sportster model range was discontinued in 2021, didn’t really have the chance to grow on riders. If you are after a stripped-back and cool Harley, the Roadster is a good option and actually handles fairly well. For a Harley...

The Sportster range has always been the cheapest way to own a Harley (aside from the water-cooled Street family) and in 2016 the Roadster cost £9695, which put it a few quid more than the 883 Sportster models but on a parr with other 1200s such as the hugely popular Forty-Eight. Nowadays you need to pay close to £8000 for a 2016 model from a dealership, which shows how well Harleys tend to hold their value and also how much buyers want the air-cooled bikes now they are discontinued. Very few are sold privately and there are lots of benefits to buying from an official outlet such as the Harley extended warranty scheme, which is well worth taking up as some parts are horribly expensive should they break.

The air-cooled Evolution engine has been around for years and delivers exactly what you would expect. Low revving and gutsy, you seldom find the need to shift through the five-speed box with any haste (a good thing as it is very clunky...) and it vibrates and sounds just like a proper Harley should. It can be a little rough and agricultural very low in the rev range but that’s more a trait of a big V-twin than anything else. With just 66bhp and 71.5ft.lb of torque on hand it’s certainly not going to blow you away, and rival modern retros will leave it for dead in a drag race, but despite the marketing hype, the Roadster isn’t really about going fast, it’s about the experience and on that front, it hits all the right (potato, potato...) notes.

Reliability has never been an issue on the Evolution motor as in truth there is very little to go wrong. The pushrod-operated valves (just two per cylinder) have hydraulic self-adjusting lifters, so there are no valve clearances to worry about, and it is so basic and under-stressed that major faults are extremely rare. A lot of owners take the option to release a bit of power through a free-breathing air filter and new exhaust (nearly always official Harley parts), which is so common Harley are more than happy for it to happen and will still offer a warranty on the bike with these performance mods added. When buying used it is wise to check the bike’s service history as despite the fact servicing a Sportster is a very easy job for a home mechanic, there are oddities over oil, and you need to know what stuff to put in where on the Sportster engine! Harley recommends the motor is serviced every 5000 miles (or yearly) and you can reasonably expect to pay about £250 per service. The bills can rack-up, however, as when the services start to include brake fluid changes (every three years), lubing cables, checking bearings, etc the time, and therefore cost, increases. Generally, the 10,000 mile services are the more costly ones. As on any belt-driven bike, check the belt itself for damage (and ensure it has its protective covers fitted) as well as the sprockets as swapping the belt is a big job as you need to remove the swingarm, shocks etc etc. Owners report the paint finish is good on the motor, although this may be due to the fact few get ridden in bad weather. The fasteners, however, do go furry quite easily so always cover them with anti-corrosion spray. 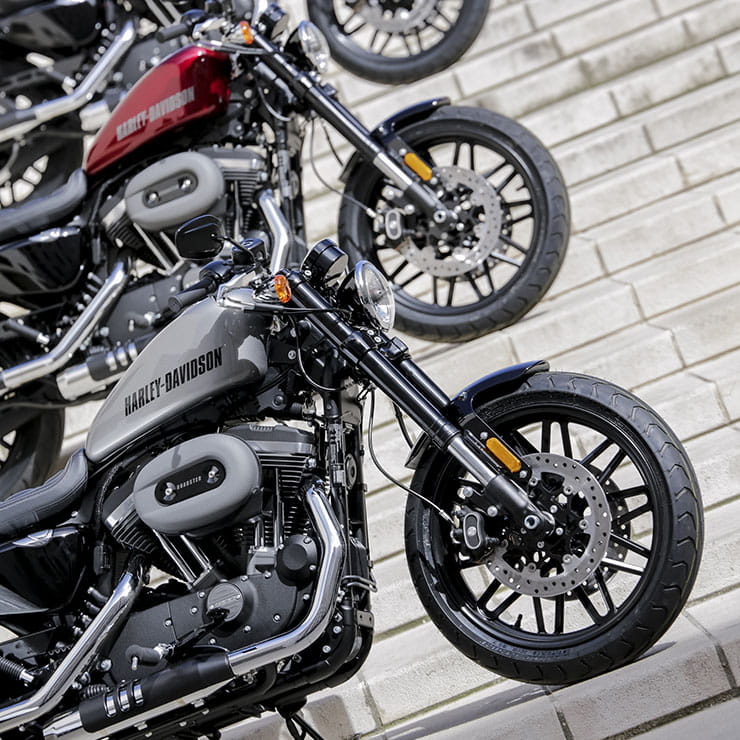 Harley claimed the Roadster could average 48mpg under mixed riding conditions and that seems fairly realistic. If you rev the motor the economy soon drops but take it easy and you should get about 130 miles from the 12.5-litre tank. Which is way further than you can on a Forty-Eight and makes the Roadster seem almost practical...

The Roadster is basically a re-styled Forty-Eight and that means it has the same steel chassis as the cruiser, however Harley did make an effort to ensure their café racer handled a bit better. Where the cruiser has 16-inch balloon tyres, the Roadster gets a 19-inch front with a 18-inch rear as well as inverted forks (surprisingly not the first time on a Harley), twin brake discs and low bars to shift the rider’s weight forward with mid-mounted pegs. Does it all work? Actually yes, it does and the Roadster rides well. It’s no Triumph Thruxton in terms of its handling but you can enjoy corners on the Roadster and not feel like you are forcing it out of its comfort zone. Ground clearance is good, the change in geometry due to the wheels and new forks makes it quite agile and the brakes are adequate as well. Overall, it’s not a bad package. Will may riders try and push its limits? Not really but it is always nice to know that the option is there if you want to crack on. The suspension, which only has preload adjustment at the rear, is set softly and feels more aimed at urban use than twisty back roads, again hinting at the bike’s true role in life. As the Roadster has cast wheels and not spokes there is little to worry about when buying used so as long as the fork seal are ok and the shock’s preload adjustment not seized, all should be well.

The Roadster gets a pretty basic ABS package as standard, which is helpful, and even has twin front discs! They are gripped by twin-piston sliding calipers which aren’t exactly the strongest in the world but they are ok, if fairly wooden and lacking in feel. Most Harley riders tend to use the rear brake alongside the front, do this and you shouldn’t find yourself wishing for any more stopping power. When buying used, check for any signs or sounds of a sticking caliper as the sliders can corrode, causing the pads to drag. 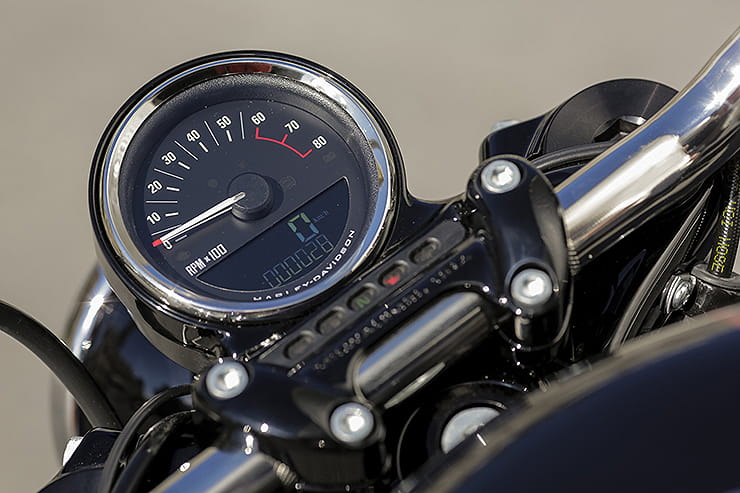 The Roadster isn’t really a touring model, but it is surprisingly comfortable for short journeys with its low-ish bars well placed and the seat fairly padded. Compared to the hideous Forty-Eight it is a joy, and it even has a tank range of over 100 miles... The major annoyance, however, with the Roadster are its pegs, which are placed just at the point they will smash your shins when you go to put your foot back on them after stopping. Owners will probably either get used to this and avoid them naturally or just deal with the bruises...

In terms of rider assists, you are looking at ABS and that’s it, which is to be expected on a Sportster model and is all the Roadster really needs. The LCD dash (which has a gear indicator) is a bit annoying as it can be tricky to read and the majority of its display is taken up by an analogue rev-counter, which is pointless on a Sportster. A lot of bikes come with the factory-fitted Smart Security System, which is a keyless ignition system and worth having, just check the antenna is functioning and sees the fob with no issues – and ask what the over-ride code is should you lose the fob! In terms of accessories, it’s a Harley so get your credit card at the ready. Loads of owners go for loud pipes and an air filter, a few add shiny trinkets or replace the furred-up fasteners, some opt for paint jobs (pinstriping was a factory option colour) and chopped tails are also common. Always check the parts are official Harley options, which will add value, and avoid any too heavily modified bikes. One of the best mods to make is to simply replace the terrible OE tyres for non-Harley branded alternatives!!!

The Roadster is a surprisingly charming model and well worth considering if you want an air-cooled Harley. It has bags of scope for customisation if that’s your thing yet even in stock form it looks and sounds the part. The addition of ‘performance’ parts such as the twin discs and inverted forks make it handle better than other Sportster models and even though it is far from a café racer, it does have a lovely aggressive silhouette about it. Best of all, however, is the fact you are highly unlikely to lose much money on it – in fact, it will probably increase in value over the years if you keep it in good condition as Harley fans start to search out quality air-cooled models now that they are no longer made.

Three things we love about the Roadster… 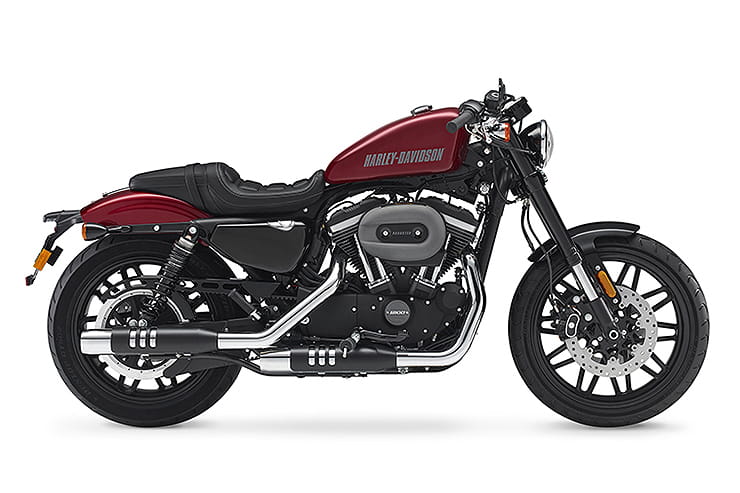