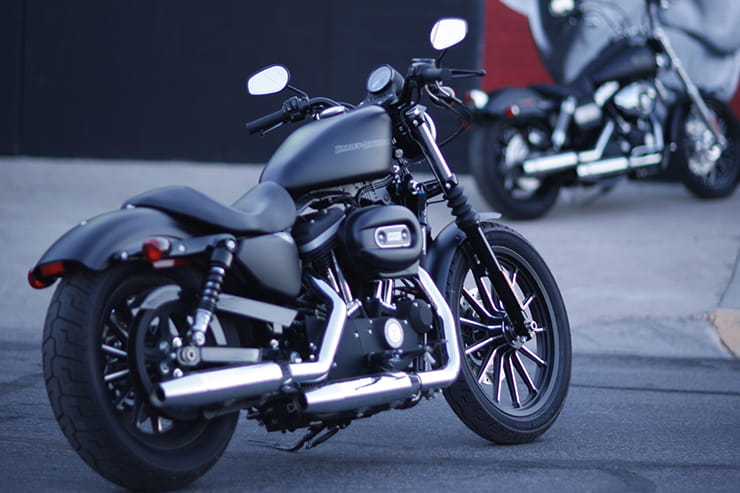 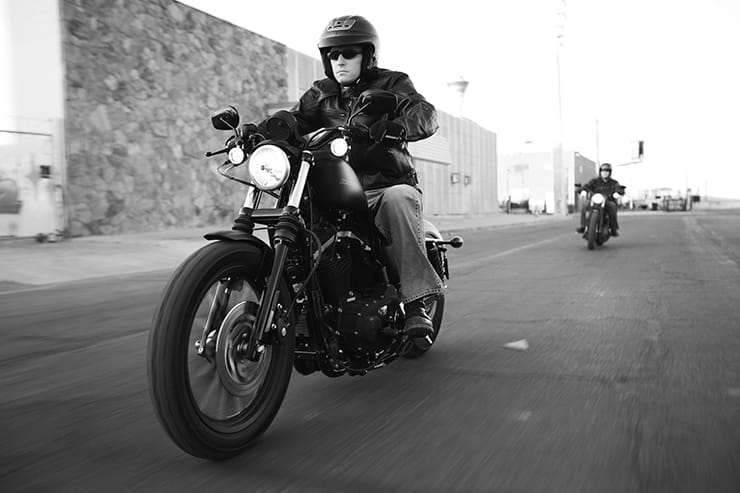 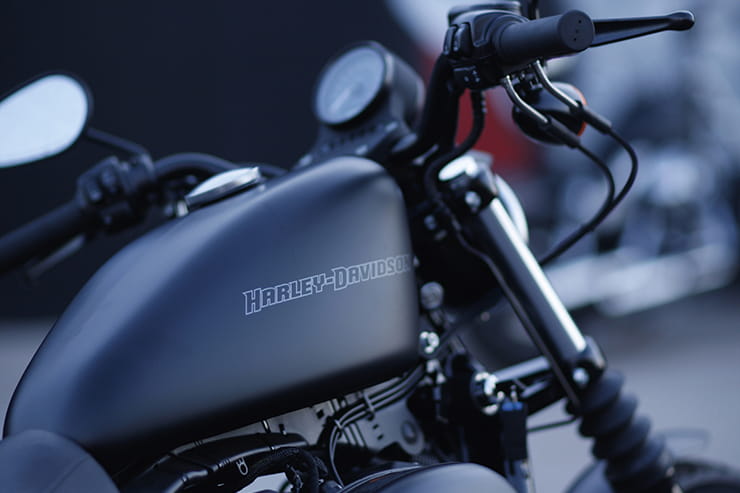 If you have reached a point in your motorcycling life that the idea of owning a Harley-Davidson appeals to you, don’t fight it, embrace it. There is a lot to be said for entering the slow lane, changing your focus from speed to a laid-back ride and enjoying the delights of an air-cooled Harley V-twin. And there are few better Harley models to start your road to HOG membership on than the hugely popular Iron 883.

Often viewed as the starter Harley, this is doing the 883 a disservice. Yes, until the arrival of the water-cooled Street models the 883 was the cheapest way to own a good old slice of American iron (technically it still is as the Street is built in India…), but that’s not the only reason why the Iron appeals to so many riders. This is a great looking Harley model that simply refuses to depreciate in value and is ripe for customisation, making it the choice for a whole new generation of riders.

Stripped-back and with a mean and moody dark look, the Iron is bang on the current trend for customs and is certainly a head-turner. Especially with a lovely loud pipe fitted! But as well as looking good, the Iron delivers in terms of the riding experience. The 883 is a proper Harley V-twin and as such vibrates, clunks and emits that classic ‘potato, potato’ soundtrack. But it’s not a bike for everyone…

The Iron isn’t the most practical of machines and a fairly small 12.5-litre fuel tank and exposed riding position means that long journeys are a bit out of its remit. The seat is also a touch on the firm side and the pegs delight in smashing into your shins if you aren’t careful. Pillion won’t enjoy the fairly limited seat space either. However, despite taking all this into account, you just have to love the Iron 883 as it is a proper Harley both in terms of its soul and its visual appeal. And at a bargain price when you look at how it holds onto its value like a limpet to a rock! 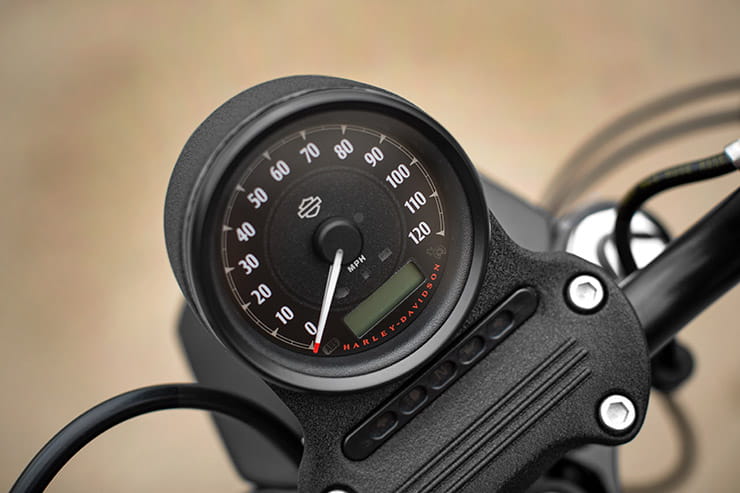 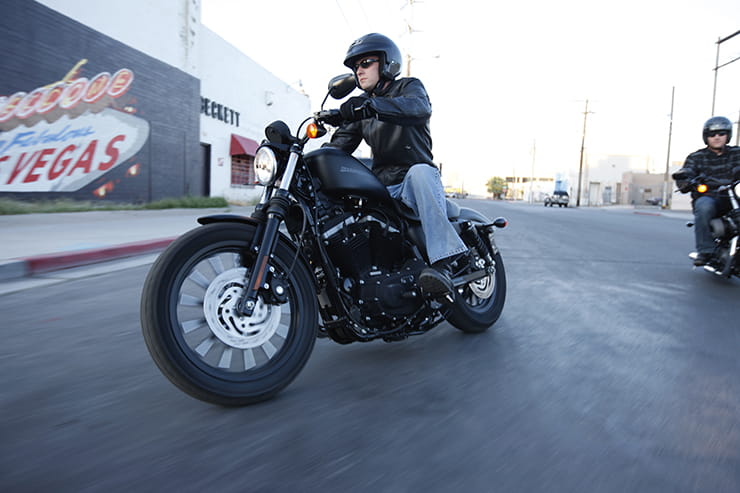 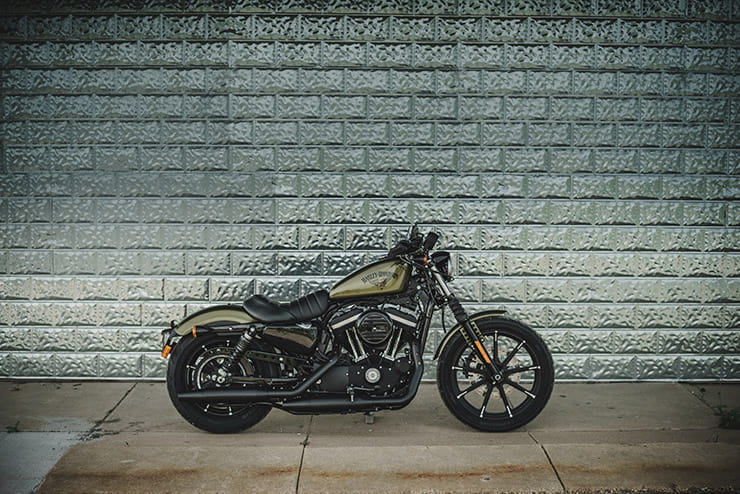 A lot of Irons are sold on finance, so always perform an HPI check to see if there is any outstanding finance, but also ask the owner if they signed up to an extended warranty scheme. Harley currently offer up to five years warranty that includes Harley Assist for £698 extra and many owners tick this box for peace of mind. See if it can be transferred into your name.

In terms of the physical bike, as the Iron arrived after fuel-injection and the rubber-mounted motor updates, the main worry on any 883 model is the finish. Some early Iron models suffer from their wheels corroding under the lacquer, which was sorted out in later years by the lacquer simply being removed! The motor itself is nice and strong, but it is always best to go for a bike with a full service history as there are some oils that Harley specify and non-specialists can use the wrong black stuff, potentially creating issues in the future. Give the reg/rec a check as well because its location right at the front of the motor means it is prone to corrosion. Also inspect the wiring loom (look under the seat) as it can corrode and often gets hacked when owners fit aftermarket extras.

With mods it is worth paying extra for a loud pipe, but ensure the bike has been tweaked to suit with a new fuel map and free-flowing air filter. And don’t be afraid of an 883 converted to a 1200 through a Harley big-bore kit, they are brilliant and totally reliable if done by a professional Harley mechanic using Harley genuine parts.

When it comes to the chassis, after checking for any weeps from the fork seals (you may need to move the gaiters) and that the shocks still have their damping, give the drive belt a proper inspection. And not just a quick look, turn the rear wheel so you can check its entire length. If the owner has removed the lower belt guard (many do for aesthetics and some models don’t even have a cover as standard) this leaves it more susceptible to damage from stones getting caught between the belt and sprocket. Changing the belt is quite an expensive job, so look for any signs of damage or fraying and if in doubt ask for a new belt to be fitted or factor in the cost of it being done into your offer.

Once this is all complete, it’s down to the quality of the finish, corroded nuts and bolts and if the chrome has any pitting or corrosion setting in under it. 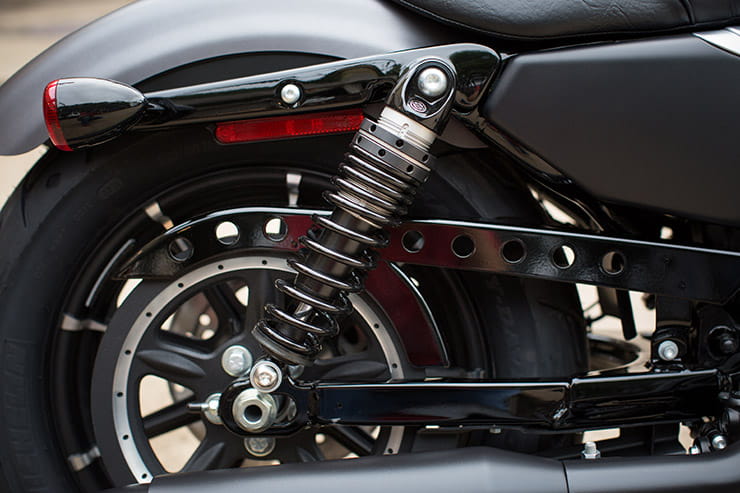 The Iron is one of the later models of Sportster and as such hasn’t been updated that radically since its launch in 2010. That said, there was a fairly important change in 2014 when ABS (an option on earlier models), the upgraded wiring loom, better brakes and an improved motor was rolled out through the entire 883 range. In 2016 there was another round of updates that saw the Iron gain new forks and shocks with preload adjustment, new cast-aluminium wheels and a revised seat. 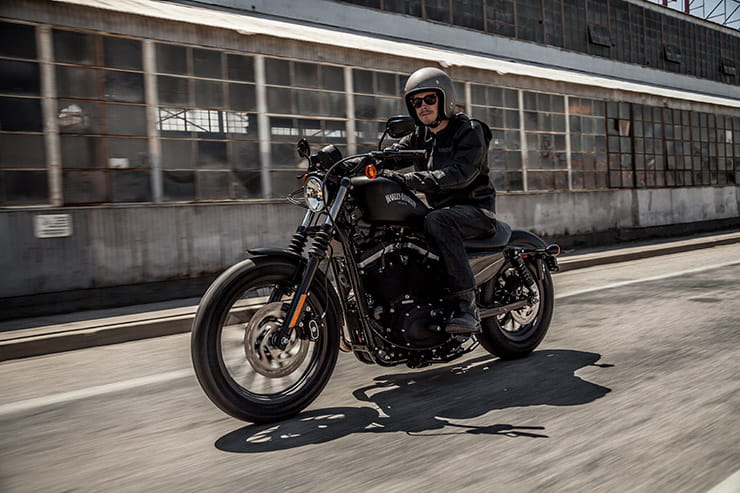 The fact the Iron is such a popular model may lull you into thinking that you can bag a bargain due to the number of used machines out there, however sadly this isn’t the case. A brand new 2019 Iron will set you back £8,895 (£92.79 a month on a three-year PCP after £2,000 deposit), however even a very early Iron costs in the region of £5,000 and £5,500-£6,000 for a tidy 2013 model is quite common. Generally, if you are wanting a used Iron, aim to pay between £6,000 and £7,000 and you should get a good one. Although at that price, it may be worth considering a PCP plan or HP on a new model, especially if the interest rates are low or Harley have a special offer. 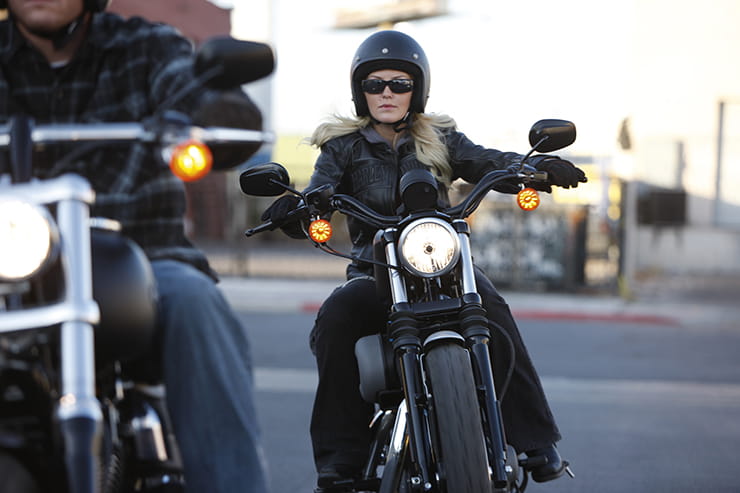 For a little more guidance from those in the know, join the Harley Owners Group (HOG), which has chapters all over the UK and worldwide.