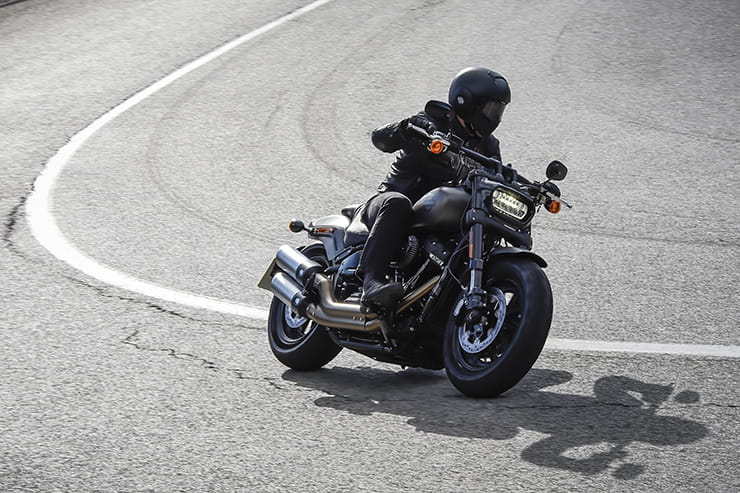 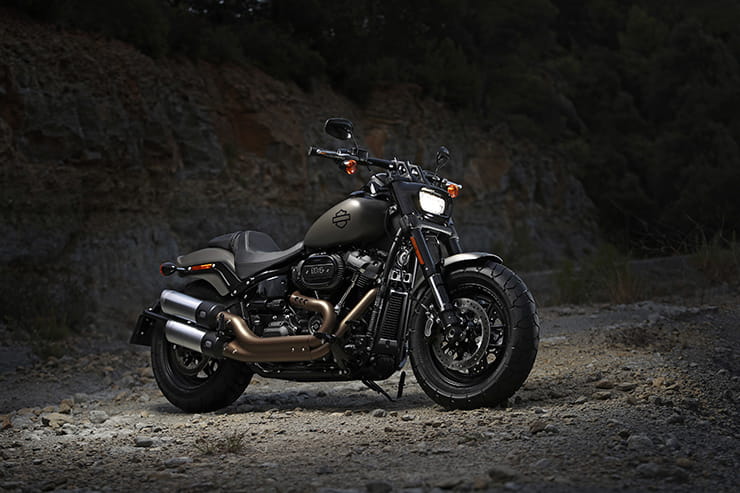 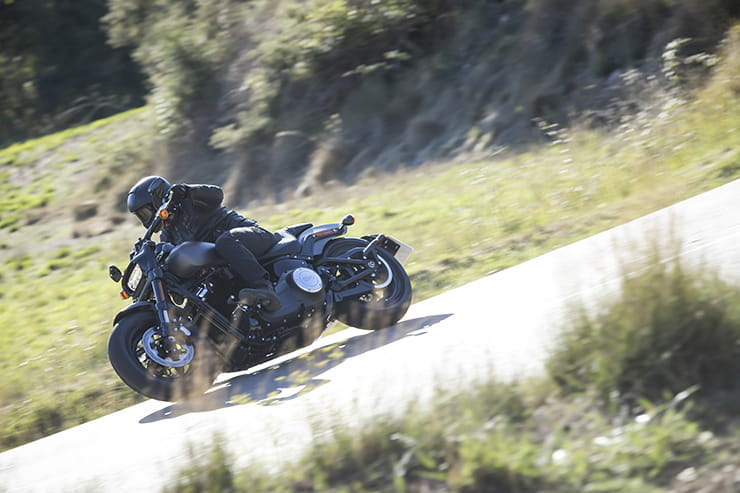 When you say the name Harley-Davidson it instantly conjures up images of the firm’s traditional cruisers such as the Fat Boy or full-dress tourers like the Ultra Glides – however there is one bike that stands out from the model range, the truly mad-looking Fat Bob. Initially launched in 2008, this wild take on a naked (ish) bike by Harley was heavily updated in 2018 when the whole Softail family was revolutionised through the introduction of a new chassis and the all-new Milwaukee-Eight motor. Described by one Harley man as ‘styled to look like it can take on a zombie apocalypse’ the Fat Bob is one heck of an imposing machine. Rolling on fat balloon tyres and boasting chunky flat bars, a huge motor and loads of metal, the Fat Bob is a bike that causes a commotion wherever it goes – be that a shopping arcade full of the undead or your local bike meet....

There is a price to pay for standing out as well as having the Harley badge on your tank and in 2018 the Fat Bob cost a chunky £14,295 in the smaller 107 engine guise or £15,495 for the full-fat 114 motored model. And then there was also a premium for some paint colours! Harleys hold their used value incredibly well and the Fat Bob is a popular model so that means you need to fork out quite a hefty £12,500 for a Fat Bob 107 from a non-Harley specialist with Harley dealers asking for closer to £13,000 as you get a Harley-backed warranty. Not that many 107 models were sold compared to the 114  (which is why it is now no longer in the range) so you are generally looking at the 114, which means a price tag of closer to £13,500 - £14,000 for an early model. As with any Harley product, price is very much dependent on mileage and any official H-D extras so use this price range as the starting point. Before you buy used, have a look at new prices and see what the finance deals look like, they may offer a better longterm investment.

Oh yes, the Fat Bob has lots of torque. Not a huge amount of power it has to be said but stacks of grunt! The Milwaukee-Eight 107 engine (1745cc) makes a claimed 86bhp with the 114 (1868cc) upping this to 92.5bhp, both of which are delivered at just over 5000rpm. On paper this is a bit lacking for such a big capacity motor but then you get hit with the torque figures, which are far more impressive at 145Nm and 155Nm respectively. Pumping out at just 3000rpm, the torque is pretty much constant throughout the rev range and that’s the standout feature on the Fat Bob. With spot-on fuelling and all this grunt you can just sit back and relax on the Bob as it motors on with bags of punch when requested. Far from a slow engine (when ridden in isolation) it sounds, feel and responds like a proper slice of American muscle. With a clunky gearbox, naturally... In reality the performance differences between the 107 and 114 are fairly minimal, especially if you have a few extras on the 107 such as a free-flowing exhaust and air filter, so don’t be too upset about ‘only’ owning the smaller model – it’s still massive!

The Milwaukee-Eight was a ground-up new motor from Harley and is called as such because it comes out of Milwaukee and has eight valves! Retaining typical Harley traits such as the hydraulic lifters and push-rods (it only has a single cam) it is a very solid lump and highly unlikely to have any reliability issue as it is so new. When buying used it is very unlikely the bike won’t come with a full service history but if it is lacking, it is probably best to buy a bike that does have one as there are extended warranties that official Harley dealers offer that are reassuring to have when it comes to such an expensive purchase. Although the Fat Bob has 5000-mile service intervals, very few hit this mileage in a year and so you are generally looking at annual services. Expect to pay roughly £300 for an annual service (Harley workshops tend to be quite pricey) with the 5000-mile one closer to £450 as quite a lot is checked. Although the Milwaukee-Eight gearbox is better than the older Twin Cam engine’s it is still clunky as standard. A few owners grumble about the finish on the motor but these are fairly isolated complaints and it has to be said, the majority of Fat Bobs are only ridden in the dry so corrosion isn’t a concern. If the bike has an aftermarket exhaust fitted (quite a few do) then make sure the OE one also comes with the bike – it weighs a ton but is worth keeping hold of as when you come to sell the bike, if you return it to standard you can get a few quid for the aftermarket item via an online auction site. 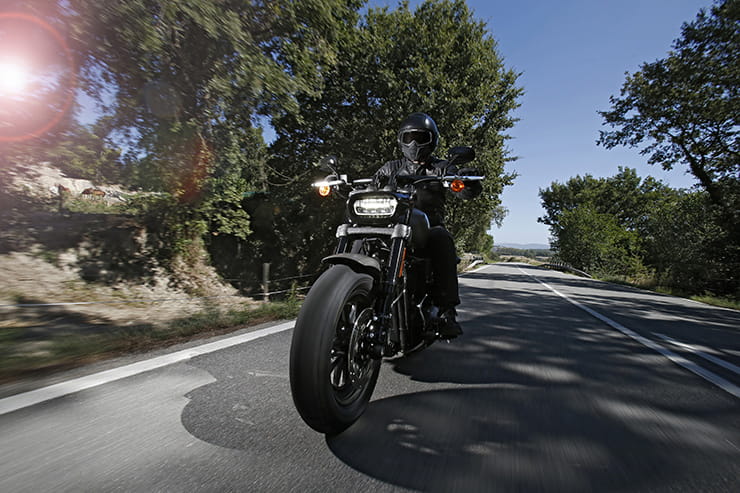 Economy figures aren’t great on the fat Bob and while you can nudge 50mpg through town you are realistically looking at the low 40mpg numbers for general riding. That equates to a tank range of about 130-140 miles as it is a fairly small 13.6 litres in size.

Here is the big surprise – thanks to the all-new Softail chassis the Fat Bob does handle. And handle quite well given a bit of effort from the rider. A machine that takes a fair amount of getting used to as the 16-inch fat balloon tyres do give it a strange and quite sluggish feeling, once you get the hang of muscling it into bend the Bob can certainly hustle along at a merry rate of knots and has reasonable ground clearance. On such an expensive bike it is a bit disappointing the Showa forks lack any adjustment and the shock only gets variable preload but by the same token there is no real need to do anything with them as when you are chucking 306kg of Harley around with a wheelbase of 1615mm there is a limit to just how much suspension can actually improve the handling! Think of the Fat Bob as a sporty cruiser more than a traditional naked bike and you won’t be disappointed when you are out on an A or B-road ride. In town the Bob is a little bit more cumbersome and at low speed it can be quite a handful simply down to its weight, although a low seat height of 710mm means getting both feet on the floor is quite easy. One upside of the weight is the fact the Harley does feel a very well built and substantial motorcycle and it is very pleasing that when you tap parts such as the mudguards, tank, panels, headlight shroud etc they are all made of solid metal and not flimsy plastic.

While you get ABS and twin four-piston brake calipers as standard they are a touch lacking on the Fat Bob when you consider you are attempting to haul up 306kg of flying metal. Most Harley riders are used to also applying a bit of rear alongside the front and that’s the way to get the best from the stoppers. Rely purely on the front and you may give yourself the occasional scare if you need to stop quickly... 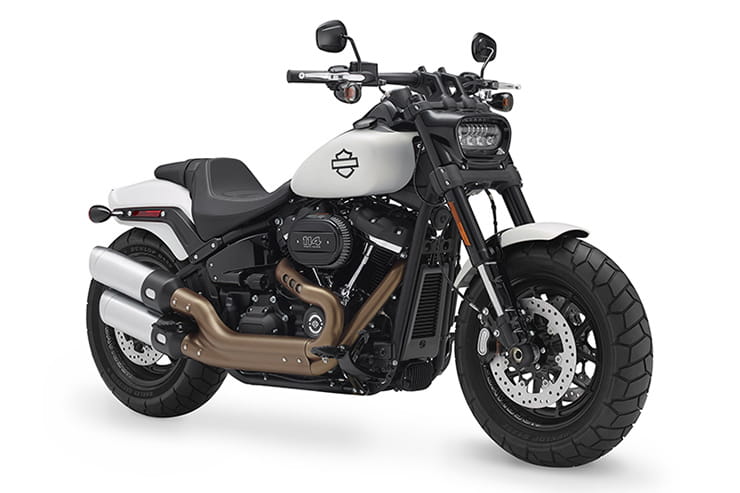 If you want to take a Harley touring there is a whole family far better suited to the task than the Fat Bob. This muscle cruiser is best suited to shorter journeys as the upright riding position and wide bars leave you very expose to the wind. You could fit a screen if you wanted but that detracts from the cool aggressive and stripped-back looks so is best avoided. No, keep it for what it is best at – short rides on a sunny day for the sheer enjoyment of riding and leave the touring for the bikes with fairings and panniers.

In terms of rider assists, you are looking at ABS and that’s it (unless you count a USB port...), which is a bit of a shame because the Bob could really do with a form of traction control due to the fact it has so much grunt and the OE Dunlop tyres are fairly lacking in grip, especially in the wet. When it comes to accessories, however, we are talking a Harley and that means a whole catalogue to choose from. Top of the list (if you take a pillion ) is the passenger back-rest, which makes a huge difference to comfort levels while performance exhaust cans and a free flowing air filter delivers a noticeable boost to the mid-range and makes it sound like a proper Harley! Changing the tyres is also thoroughly recommended as any Harley-branded tyre is generally worse performing than a generic replacement. Once these upgrades are done you are looking at cosmetic upgrades such as fasteners, levers etc. To be fair the Fat Bob has most bases covered and it isn’t as heavily customised as some other models in Harley’s range although a few owners do hack the rear and fit tail tidies or bolt on a screen.

Harley-Davidson’s products always split opinions with bikers and the Fat Bob is one of their most visually challenging and outrageous bikes, so it is a double whammy! Some riders will loves its outlandish styling while others will instantly dismiss it due to the name on its tank. If you are a fan of the brand but want something a bit sportier, it is well worth checking out as it is a truly unique and bonkers bike to own and ride. However there is a slight fly in the ointment as the all-new Sportster S is better handling, faster and not quite as outrageous, so if you are a more subdued sporty Harley fan, this may be a better buy.

Three things we love about the Fat Bob… 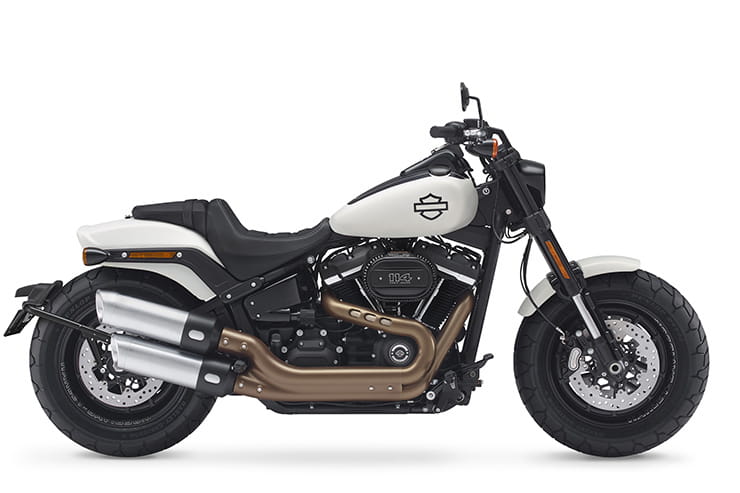 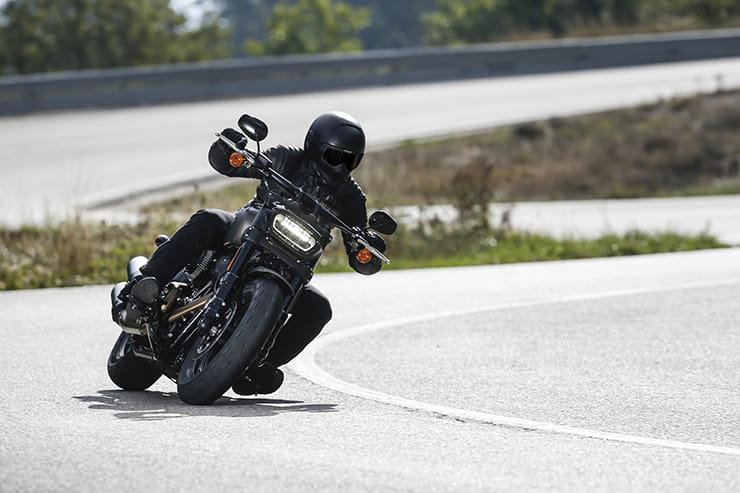 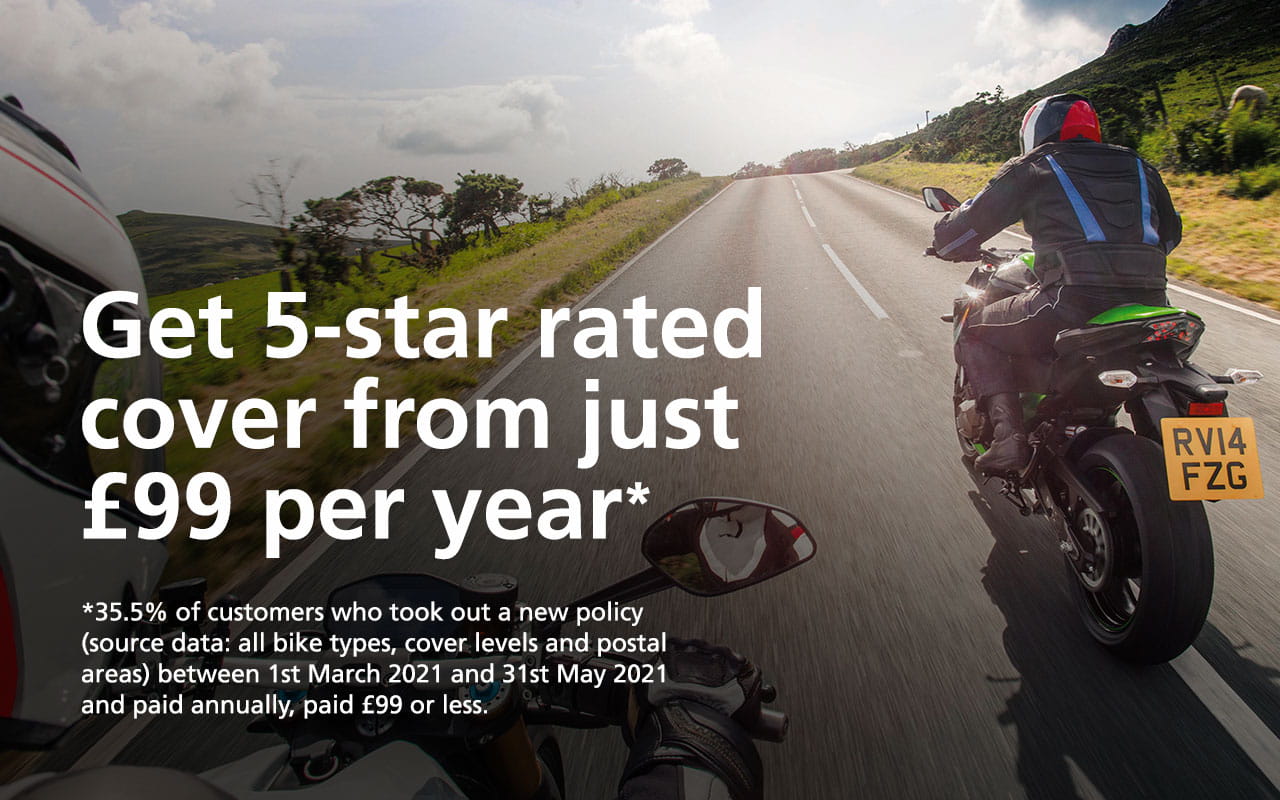