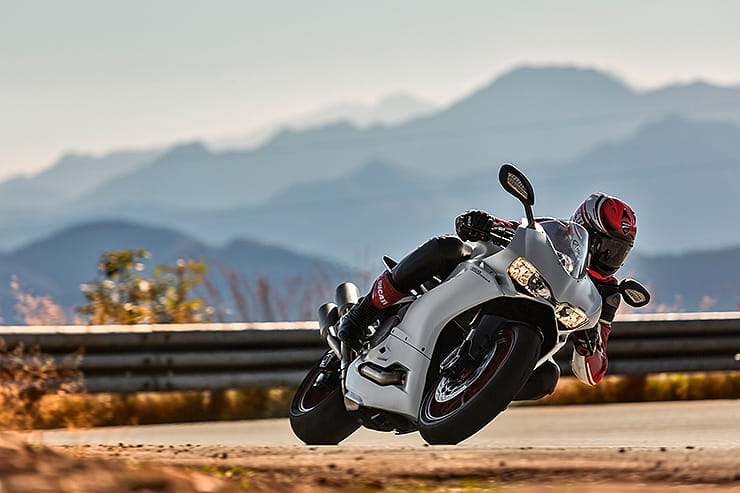 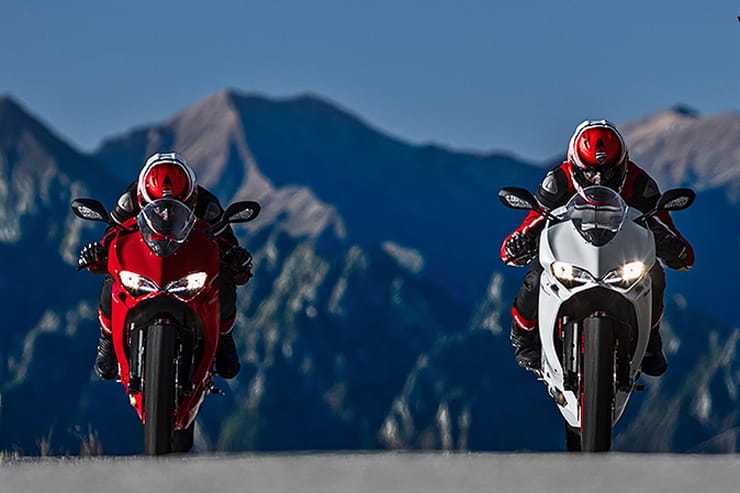 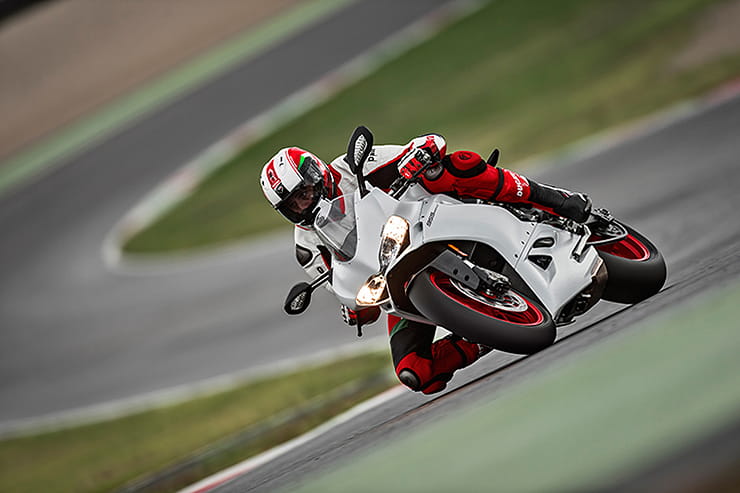 Considering that Ducati’s most famous and successful superbike ever was never more than 998cc, it seems odd that the 959 Panigale is viewed by some as a bit of an inferior product. However these doubters have obviously never ridden a 959 Panigale because where the full blown 1299 V-twin model is often just a bit too much of a good thing for the UK’s roads, the ‘supermid’ 955cc Panigale strikes an almost perfect balance of performance and handling while also adding a host of modern electronic assists. If you want a Ducati sportsbike to ride and thoroughly enjoy rather than be slightly intimidated by, the 959 Panigale is a brilliant used option.

To allow the mini Panigale to meet Euro4 emissions laws yet not lose any peak power or torque, Ducati upped the 899 Panigale’s 898cc desmo V-twin to 955cc. Producing 157bhp with 79.3lb-ft of torque, the 959’s motor is a touch more powerful (6%) but nothing to really write home about. However this isn’t an engine whose peak performance is key, its useability is far more important and on the road it is a joy to ride with bags of mid-range and a lovely throttle connection. At very low revs there is a bit of the traditional V-twin stutter but once into its stride it is a really soulful and enjoyable engine with more than enough power that is happy to be ridden gently yet also thrives when revved hard. Does it feel a let-down when compared to the 1299? Obviously the lack of capacity means it isn’t anywhere near as thrilling but by the same token it isn’t as feisty either and the majority of road riders will have a far more relaxed and enjoyable ride on the smaller capacity model. 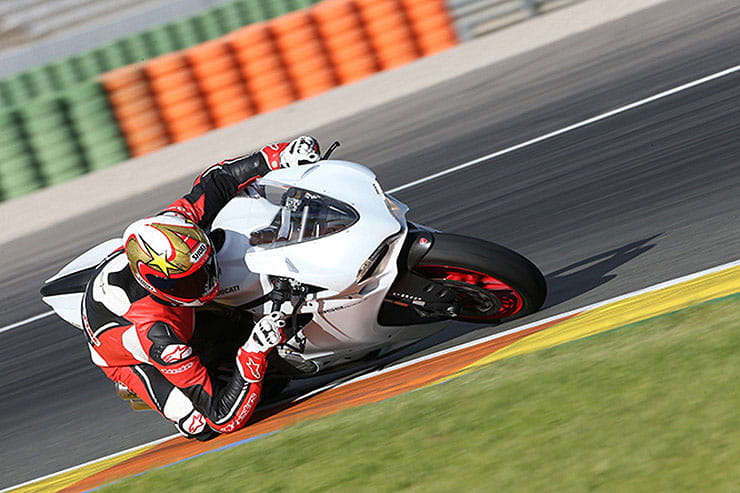 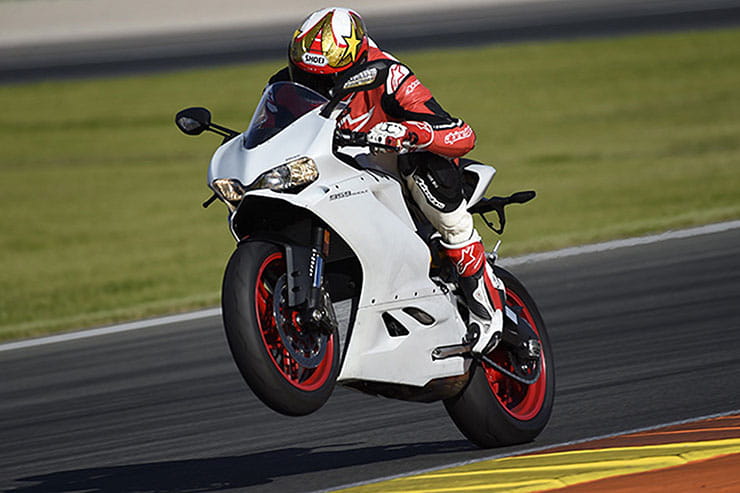 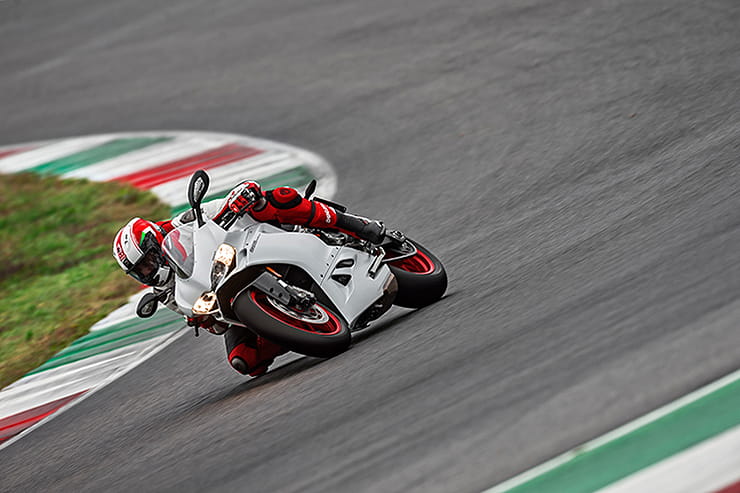 The 959’s Superquadro motor is basically a modified 899 engine and there are very few horror stories concerning the 899 so you should be safe, especially as the 959 is only four years old. Although servicing can be costly, the 959 Panigale has Ducati’s extended service schedule, which means it needs an annual service (or every 7500 miles) and the ‘desmo’ valve-clearance service at 15,000 miles. The desmo is the big bill and costs roughly £800 all-in (the annual is closer to £150) but happily it is not time-related, so if you don’t cover many miles it isn’t such an issue. When buying used, just keep this service in mind as it is a pretty unpleasant bill if you aren’t expecting it and a few used bikes are tipping over the 10,000-mile mark. The 959 comes with Ducati’s DQS up quickshifter, which features a MotoGP-derived gear sensor for improved shifting and also to help prevent gearbox wear. A lot of owners find the OE exhaust a touch ugly as well as restrictive and swapping it for an aftermarket item is common practice – especially come summer as it can run very hot due to its catalytic converters. Ducati’s preferred option is an Akrapovic but you pay a premium for this name and other cans from the likes of Arrow or Termi are just as good. If it has a free-flowing can, ensure the bike’s ECU has been re-chipped and a free-flowing air filter added to gain the maximum boost in mid-range performance. When buying a used 959, always check its recall history as there have been three recalls – a leaky oil cooler hose, brake master cylinder issue and the potential of oil leaking into the airbox. You can use the bike’s VIN to see if it is affected via Ducati’s website. Pleasingly, the 959 also features a lighter clutch action through a revised servo when compared to the 899. 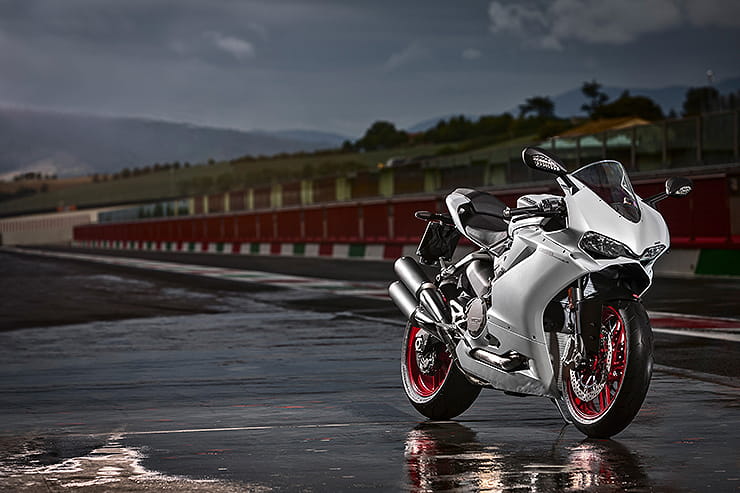 Ducati didn’t quote any economy figures for the 959 Panigale but owners report you should expect to average roughly 41-44mpg during general riding. That means squeezing a reasonable 155 miles from the 17-litre tank before the need to start pushing...

The 959’s monocoque frame is effectively the same as the 899’s frame (it has identical geometry) and it also has the same double-sided swingarm, although it sits 4mm lower on the 959 to give it a 51% front, 49% rear weight bias. Bereft of any flash gizmos such as semi-active suspension, the 959 Panigale gets good old-fashioned conventional suspension with chunky 43mm Showa BPF inverted forks and a side-mounted Sachs monoshock, both of which are fully-adjustable. On the road this set-up works brilliantly, delivering a controlled ride that is sporty yet not horrifically firm, and on the track it is also excellent. The key to the 959 is that when you ride it you aren’t thinking too hard about what the chassis is up to as it all just works really well and gives you loads of confidence to attack the bends. The seat is, naturally, way too firm and the clip-ons quite low but what do you expect, it’s a Ducati sportsbike? At low speed the narrowness of the V-twin engine means the 830mm seat height doesn’t feel too tall while tipping the scales at just 200kg fully-fuelled the 959 is also fairly light and agile to move around. Watch out for scratched swingarms as the black paint can mark quite easily.

The vast majority of road or track riders will have no issues at all with the slightly ‘lower’ spec Brembo M4.32 calipers, however anyone who really likes to push on might be disappointed at their power when compared to the higher spec M50 caliper. If you need to upgrade it can be done but there isn’t much point. The ABS system is there-level in its operation and has rear-lift prevention but isn’t angle-sensitive. 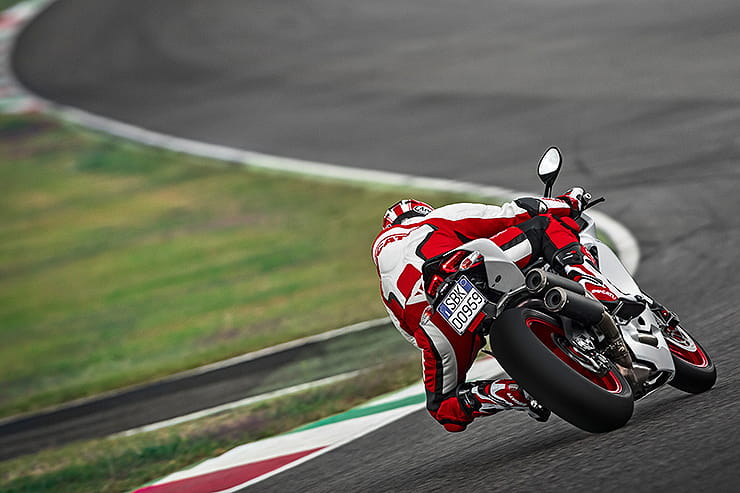 Would you want to tour on a 959 Panigale? Not really to be honest. It can be done but it isn’t much fun and a taller screen and softer seat would be the bare minimum of modifications needed...

In a blaze of acronyms you get ABS, eight-level Ducati Traction Control (DTC), three-level Engine Brake Control (EBC) and three power modes (Race, Sport, Wet) as standard alongside a quickshifter (DQS). If you want to see how quick you are, the Ducati Data Analyser (DDA) is an optional extra and adds a GPS datalogging function. When it comes to optional extras, the most common is a race exhaust to junk the twin ‘shotgun’ OE cans but a few owners do pay for aftermarket paint schemes, which is a bit odd and might hint at a bike that has been dropped so be cautious. In general, expect standard bolt-on items such as a tail tidy or billet rearsets/levers. There are kits to convert it to a downshifter as well as an upshifter but this is a bit of a worry and could lead to gearbox issues while a few companies also make a new system to improve the gear change action.

Although undeniably pricey, the 959 Panigale is a lovely bike to ride that 99% of owners will probably have more fun on than the 1299 Panigale if the majority of their riding is road-based. Don’t think of it as a ‘baby’ Panigale, view it as a model in its own right that is built for those who want to ride and enjoy the sensation of a classy V-twin Ducati sportsbike.

Three things we love about the Panigale 959… 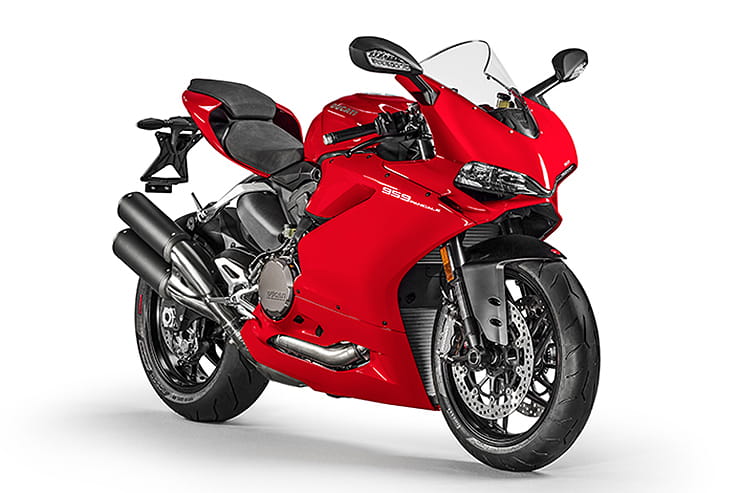