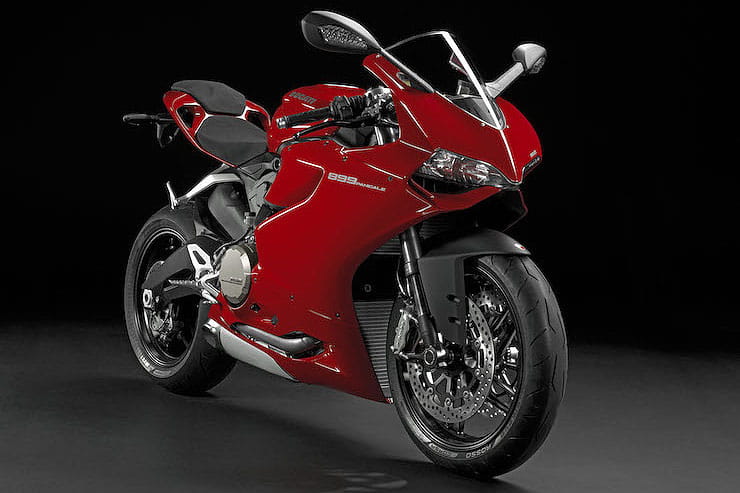 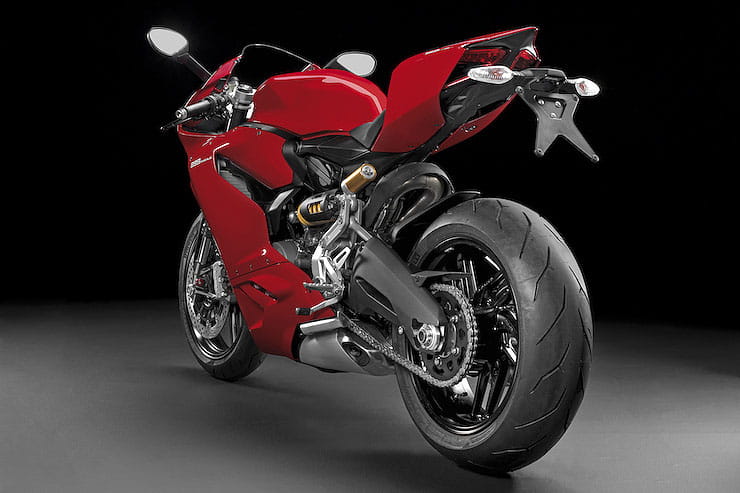 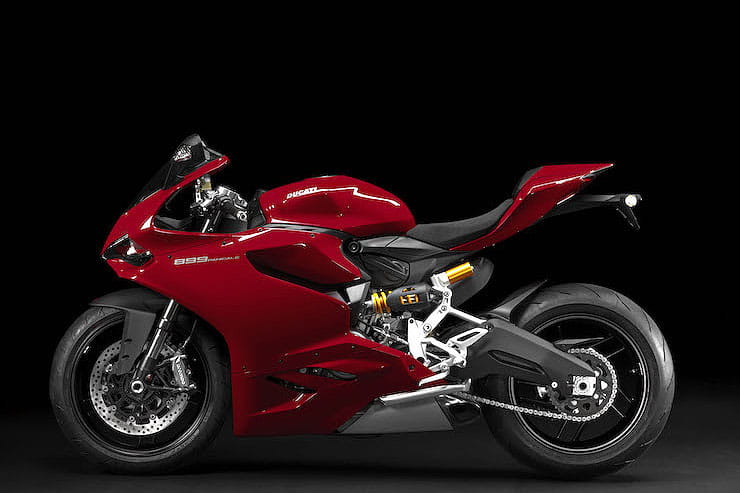 As such the 899 is based on the 1199 but with different forks, a smaller motor and a double-sided swingarm instead of the 1199’s single-sider. It’s no worse for any of it, is still a seriously big and grown-up superbike like the 1199 and, in fact, in most ways is better.

The 899 has a slightly softer character than the distinctly hard-core 1199 that began the Panigale line. That bike was very much aimed at the track, but Ducati say this smaller model is designed to give an equal split between road and circuit use, so is a more rounded machine with more emphasis on rideability and comfort.

Owner ratings are high, it’s more affordable than the 1199 and it’s reliable, too. In 2016, with Euro4 noise and emissions rules looming, the 899 was replaced by the 959 which had a revised engine and is most conspicuously differentiated by long, ‘shotgun’ style exhausts instead of 899’s underseat ones. Performance was largely unchanged, however, the added 7kg weight being counter-acted by an increase in power.

As a used buy, and as a now superseded model, the 899 is more tempting still. With decent, used examples available from as little at £8K and benefitting from Ducati’s much improved quality, durability and extended service intervals, a true 150bhp Ducati superbike can be had for run-of-the-mill middleweight money. 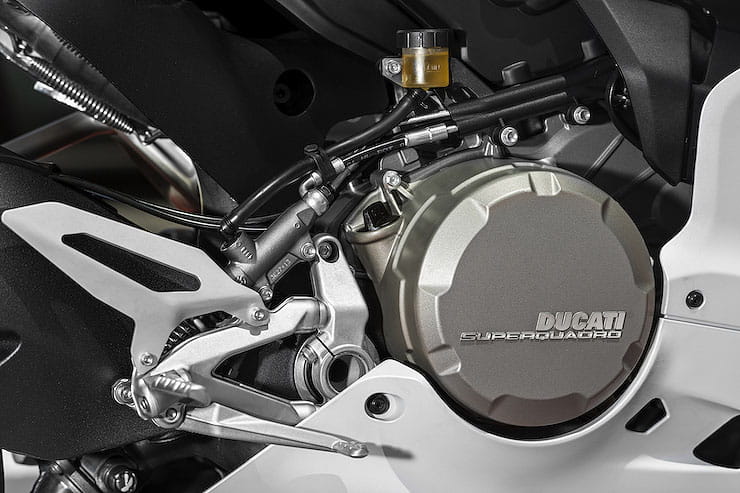 Although the 899 kicks out nearly 50bhp less than its 1199 big brother, with a claimed 148bhp, the 899 is still a powerful superbike by any standards, produces more torque than the smaller 848 unit right through the rev range and is certainly not for novices even if Ducati say they’re hoping to attract broad range of riders, including some new to sports bikes.

That said, being less powerful and softer than the 1199 does make the 899 better suited to the road.

It’s keen to pull from mid-revs but up top from 7000rpm is where it really comes alive. It accelerates hard but it’s never ultimately challenging like a 1000cc road bike, or its bigger 1199 Panigale brother – and that’s a good thing.

It can be made friendlier by adjusting the modes, too. In Wet mode the power is cut and delivery softened to 110bhp. It also automatically adjusts the bike’s traction control, electronic engine braking and traction control too, to soften it for the required use.

While the two full-power modes, Road and Race, give differing throttle response and a smooth, strong hit of power that sends the 899 towards a top speed of around 170mph.

Ninety nine per cent of the time just leave it in Road and let the bike and its sophisticated electronics do the talking. Then it’s almost perfect.

The eight-valve desmo has slightly less short-stroke dimensions than the bigger 1199 but is still a seriously high-tech device. Some covers are aluminium rather than the 1199’s lighter, more expensive magnesium but the 899 gets a sophisticated engine management system with three riding modes.

The clutch is light, it doesn’t judder or shake at low revs like the 1199 can, and the six-speeder is backed up by a very efficient quick-shifter that is standard fitment.

For such a cute-looking sports bike, it makes an incredible amount of noise from the standard exhausts. A harsh rumbling noise that billows out of the side-exiting exhaust, emitting a sound rarely heard outside of a race paddock. Revel in it, hook another gear using the quick shifter and immerse yourself in that V-twin emotion.

It’s hard to believe it passed any kind of noise tests, but it obviously did, and it’s so noisy that even at low revs in towns and villages people turn their heads and look at you in a scowling ‘I bet he’s speeding’ kind of way, even if you’re actually doing 29mph. If you don’t like attention – don’t ride one of these, especially in white with red wheels. 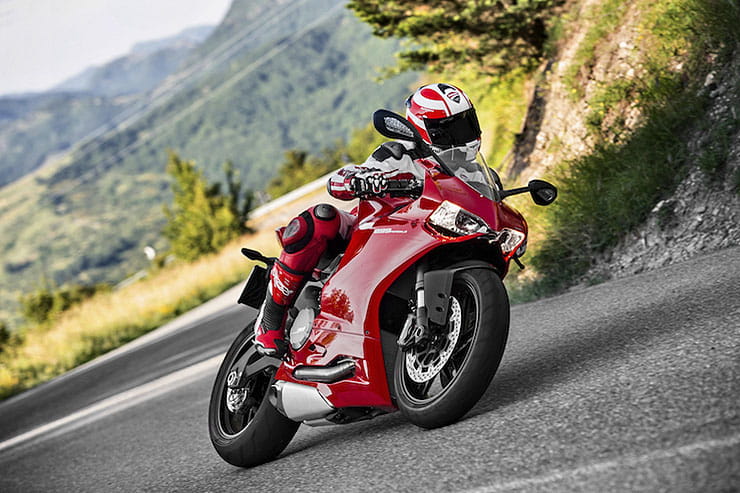 During our two-week test we found fuel range to be pretty poor. The 899 averaged 29mpg when being ridden hard and the fuel light came on about 80 miles, even though it shares its 17-litre fuel capacity with the 1199, so holds a useful 1.5 litres more than its 848 predecessor. Then again, nobody buys an exotic sports bike for fuel economy.

The 899’s chassis is also closely based on the 1199 with an aluminium monocoque frame with the engine rotated backwards slightly to fine-tune weight distribution. The smaller model saves some cost with a simpler rear subframe made from steel instead of aluminum and has a twin-sided swing-arm that helps give a slightly shorter wheelbase.

Suspension is by Showa’s Big Piston Forks – used for the first time on a Ducati – and a multi-adjustable Sachs monoshock, on the left side as with the 1199.

I was also impressed by the 899’s suspension, Both ends are roughly 10 per cent softer than the 1199’s and gave well-controlled ride that should work equally well in the wet and dry. 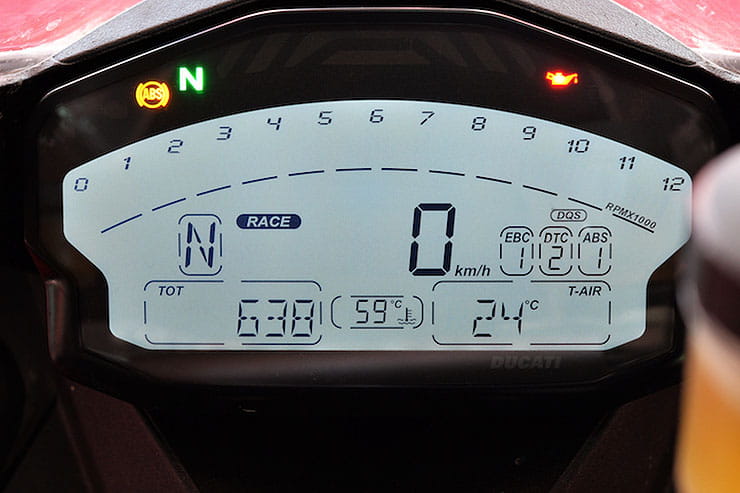 There’s also no scrimping on the 899’s brake specification with Brembo Monobloc calipers with three-way adjustable ABS as standard. That said, we found that they’re not as strong or consistent as the higher spec versions on the 1199, although this is a minor gripe.

The 899 may be one of the most exotic bikes you can buy, but in the real world, it can pootle around on the way to work and is happy enough sat in traffic without getting too hot.

With a thicker seat and slightly less extreme riding position than the preceding 848 EVO means the 899 more comfortable, as well as faster and easier to ride (it could use some less slippery footrests, though). The fairing keeps the worst of the cold off you and the screen is high enough for sustained motorway riding, even with an overweight six-foot-four rider on board dressed in full winter kit. Even the mirrors work.

At slower speeds it’s friendly enough. In town your bum still cooks a bit from the expanse of exhausts running under the seat, but other than the sports riding position which makes it feel like you’re heading down pit lane at low speed, it’s dead friendly to ride.

The new LCD instrument panel is good, if slightly less flashy than the 1199’s. Cycle parts are generally high quality, too, although again slightly below those of the 1199, and there’s a full electronics package including traction control.

The more important thing about the electronics package other than outright performance enhancement is that, like the ABS, they give you confidence when conditions are less than perfect. In our wet test, or when it’s slippery, we found you can ride the 899 on the traction control – in a straight line at least. Force the rear wheel to try and break traction and you can feel the electronics kick-in to slow the spin so that the bike finds forward motion and grip rather than spin.

As with most Ducatis there’s a full range of performance and cosmetic accessories available. When buying used assess their desirability, how well they’re fitted, whether the standard items comes with the bike and that any cosmetic parts don’t hide crash damage. 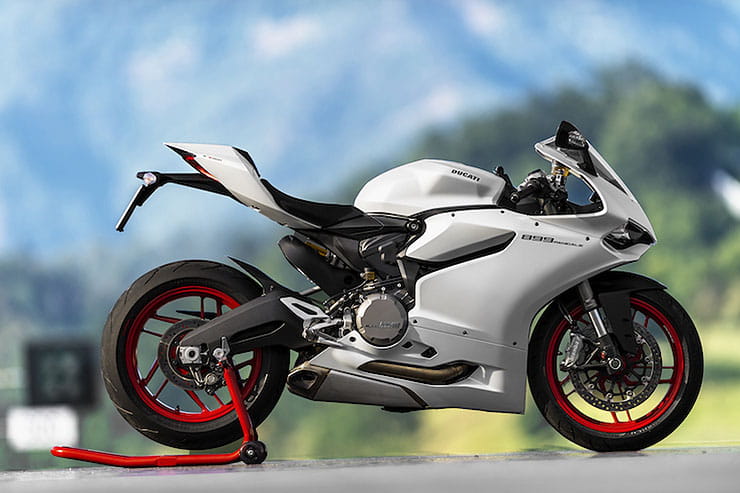 The Panigale 899 is not just a slightly less powerful or glamorous version of the 1199, but a seriously fast and capable superbike that would actually be better suited to many riders, especially those who stick mainly to the road.

It will stagger with its ability to rip through country roads at speed, is a bike you just can’t stop looking at when you pull up and is also an excellent balance between performance and usability.

Although since superceded by both the 959 and Ducati’s new V4s, the 899 is still a brilliant road sportster, has proven reliability and durability and is better value than ever. In fact it is very possibly the best, most complete sports bike Ducati has yet produced.

Three things we love about the 899 Panigale…