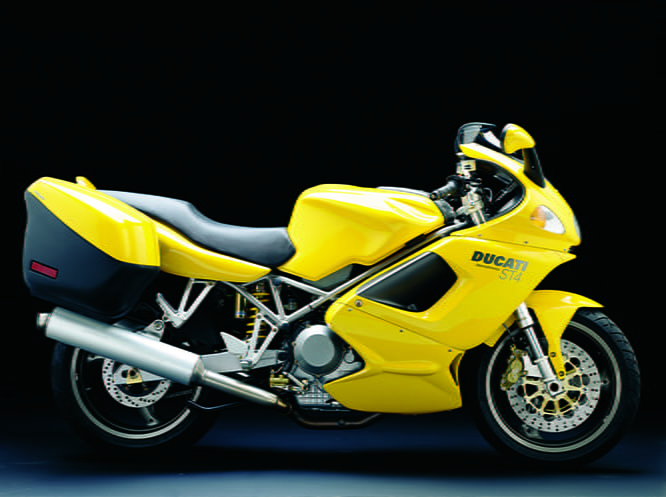 Those who remember the unreliability issues Ducati faced in the 1990s may snigger at the thought of buying a used Ducati sports tourer from that period, however the ST range did a great deal to dispel the perceived impression that all bikes built in Bologna were fragile. Not only are these machines reliable, they are also good looking and actually pretty accomplished at meeting their sports touring brief. As long as you favour the sporty side of the sports touring ethos…

Being a Ducati, there was no way the firm could ever build a bike that was too relaxed and while the ST4 range do tick all the required boxes such as optional panniers, an effective screen and high bars when it comes to touring, they retain more than a foot firmly in the sporty camp. If you want to enjoy the corners while on holiday, the ST4’s chassis is more than willing to allow you to do this and the hard seat and slightly overly firm suspension mean you get maximum feedback, if not necessarily comfort. The engine, which has more than enough power when the pace ups, is quite well suited to relaxed riding and is also surprisingly frugal when touring. So is this the ideal sport tourer?

The honest truth is that bikes such as the Honda VFR and Triumph Sprint ST are more accomplished tourers as well as generally cheaper to run than the ST4. However the Ducati has that something very special about it and at less than £3,000 for a really good example, the ST4 is also great value. Will it prove reliable? Treat a Ducati right, and that means regular servicing, and they seldom let you down. Treat them mean and you had better ensure you have an up to date recovery service membership… 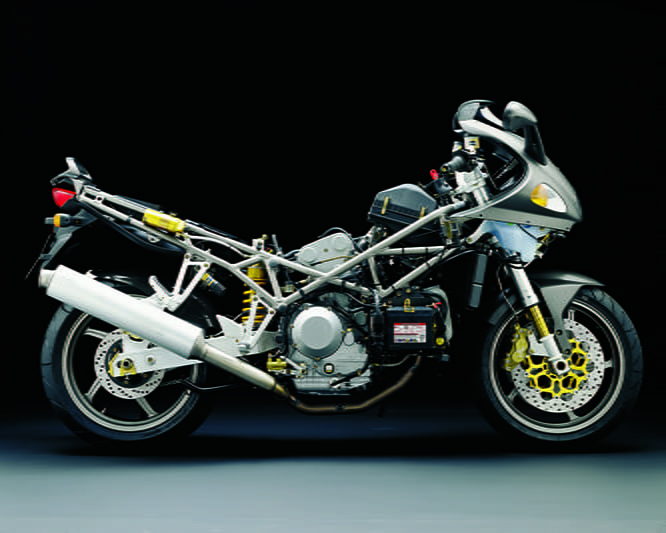 The rules for buying an ST model are exactly the same as for buying any used Ducati. The most important factor is a good service history as a higher mileage bike with a FSH is a far better buy than a lower mileage one that is lacking. The ST4 uses the pre-testastretta V-twin motor (in 916 or 996 form) and it has the same issues as any 916 or 996. The alternator nut can come undone if it isn’t tightened every service, the belts need changing every two years and the power lead to the starter motor likes to rust or snap its connector, which can result in a new starter being needed. Watch out for any signs of sprag clutch damage when the bike is initially started, expect the reg/rec to fail and need replacing and be careful not to over-tighten the drive chain as this can pull on the output shaft, potentially damaging the motor. If you want to go touring, search out a bike with the Ducati pannier kit already fitted as buying a used kit is very expensive – the same is true for performance exhausts.

Ducati’s ST range has been around since 1996 and there are a few different models to choose from. The first ST was the ST2, which was powered by a liquid-cooled 2-valve Paso motor. It was updated in 1998 but this year saw the ST4 unveiled, with its re-tuned 4-valve head 916 engine. In 2000 the ST4 received slight updates (signified by a grey frame) while 2001 saw the ST4S launched with its more powerful 996cc motor and Ohlins shock. ABS was added as an option to the ST4S in 2003 before the ST2 and ST4 were discontinued in 2004, replaced by an updated ST4S and the new ST3 with its 3-valve head. A year later the ST3 gained a slipper clutch while in 2006 an S version of the ST3 was launched, briefly replacing the ST4S in Ducati’s lineup before the whole ST range was dropped in 2007. 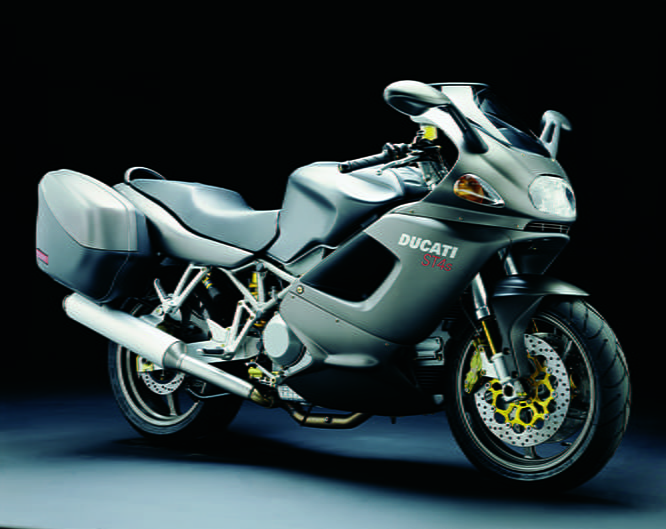 Official Ducati dealers tend not to stock old bikes such as the ST range, so you are looking at private sales or shopping in non-Ducati franchises. The ST2 is the cheapest of the ST range with prices starting at £2,000 and rising to £3,300 for a really nice one. Hounds can be found for under £2,000, but it is always best to spend the extra money for a good example. Prices for the ST4 begin at £2,000 as its 916-derived engine makes it more popular than the ST2 and rise to just under the £4,000 mark for a very well kept example. If you want the ST4S you need to factor a budget of  between £3,500 and £4,500 as it is the most popular ST model. The ST3 is a bit of an oddity, prices are relatively low at between £3,000 and £4,000 (around £500 more for the S) but owners generally regard it as the best of the ST models, despite it lacking power when compared to the ST4S.