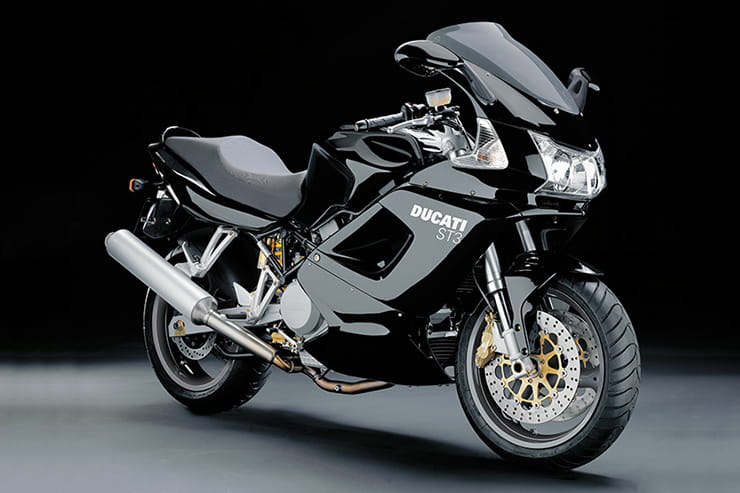 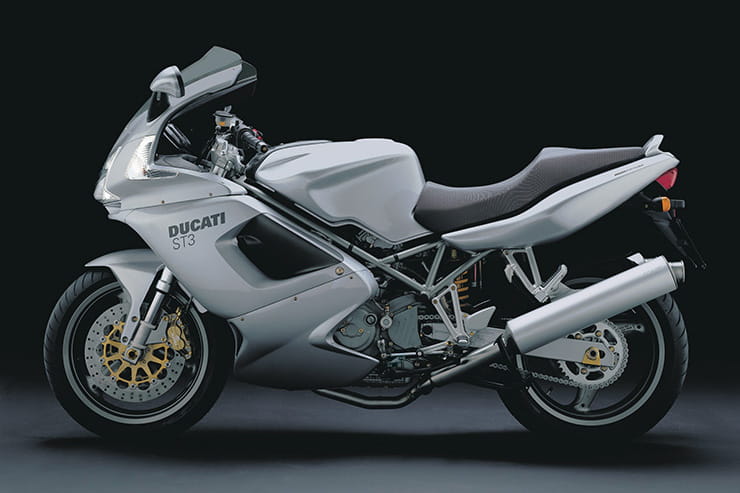 There was a time when the words ‘Ducati’ and ‘touring’ in the same sentence brought about cynical chuckles of laughter and snide comments. Yes, in the mid-1990s Ducati motorcycles were a touch, ok a lot, on the unreliable side, but by the time the new millennium arrived the firm had been rejuvenated by various investment firms and unreliability was (generally) a thing of the past. Which is where the ST3 comes in.

Launched in 2004, the ST3 took the basic formula of the popular ST2 and ST4 models, but gave it a bit of a twist. Powered by a unique three-valve head engine with two intake and a single exhaust valve, the ST3 delivered a very respectable 107bhp with 72ft.lb of torque, but more importantly this new design of head gave the low-end grunt of the two-valve ST2 combined with the sporty top end of the four-valve ST4. An ideal blend? On paper the ST3 certainly works and in reality it is also very impressive.

When you ride an ST3 it feels every bit the lovely lazy V-twin you would hope for in a sports tourer. Once you get over the judder at low revs, the V-twin comes alive and just loves to be powered through a bend. It’s not the fastest sports tourer (Ducati deliberately down-geared it for better acceleration), but it is packed full of Bologna spirit without too many of the associated irritations. And its chassis is also very impressive.

Based on the ST2’s chassis, the ST3 added some welcome refinements. As well as using the Multistrada’s digital dash, the ST3’s bars can be raised or lowered by 20mm simply by loosening two bolts, both levers are adjustable in their span, the seat is thicker than the ST2’s and made of softer foam, the fairing is wider and taller and the headlight position can even be electronically adjusted. So basically it’s an ST2 but better. And if you opt for the S model you get upgraded suspension and even ABS in the package.

Although only around for a few short years, Ducati’s decision to kill off the ST3 was more to do with the changing market than any reflection on the bike’s abilities. Adventure bikes were taking over the sports touring role and the firm’s Multistrada fulfilled this brief, sadly leaving the ST3 redundant. A bike that certainly didn’t deserve such a short lifespan, although rare in the used market the Ducati ST3 is a great option if you like the idea of the all-new SuperSport, but don’t want to fork out around £10,000 on a nearly new machine. 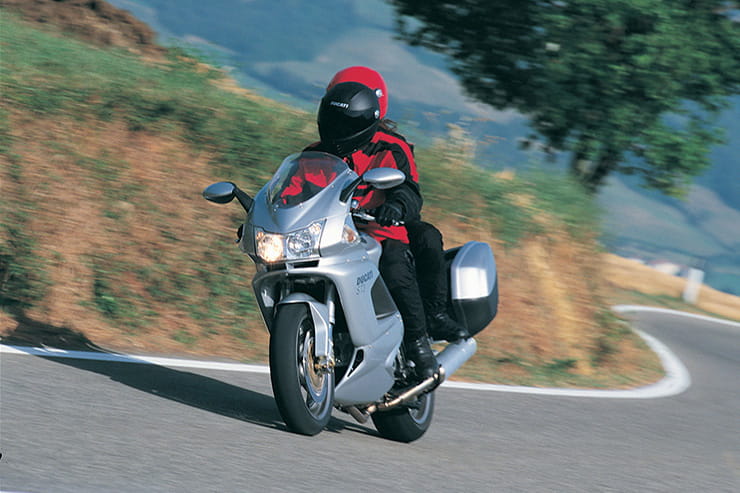 Nearly everything on an older Ducati model boils down to service history and as the ST3 uses an older cam belt V-twin, that means you need to see when it was last properly serviced or you may end up lumbered with a huge bill. The key mileage is 6000 miles, which is when the ‘demo service’ is due. This service involves new cam belts and a valve clearance check, which will set you back over £500. The belts have to be swapped every two years irrespective of mileage, which is a bill of around £300, and the oil changed every year. Happily, or not depending on when it lights up, the ST3 has a service warning indicator on the dash (a small spanner), so always check to see if this is displayed! When you go onto the forums a lot of owners religiously swap the belts every two years but skip the valve clearances, it’s a gamble but they don’t often require their clearances needing altered… That said, early bikes did suffer from excessively worn exhaust valve guides, which should be picked up on during the desmo service.

Interestingly, many owners report that the ST3’s fuel filter can get blocked up and replacing it isn’t specifically stated in the service schedule, so if the bike feels a touch lethargic to ride, have a look at swapping this item as it only costs a few quid.

The ST3’s fairing is pretty easy to remove, but the mirrors are a nightmare to get back on, so just check they are properly located. The Showa forks on both models have no major issues and while the Sachs shock on the stock bike lacks the kerb appeal of the S’s Öhlins, it is also fairly robust. Always check for leaks and a lack of damping on the suspension system, as well as seized linkages, but faults are few and far between. Finish is also fairly good, however owners report the paint can start to flake off the engine if not well cleaned after a winter’s ride.

Aside from the occasional relay and fuse going, most owners report the ST3 is a very reliable bike and has very few major issues. What a shame Ducati stopped making it so quickly! 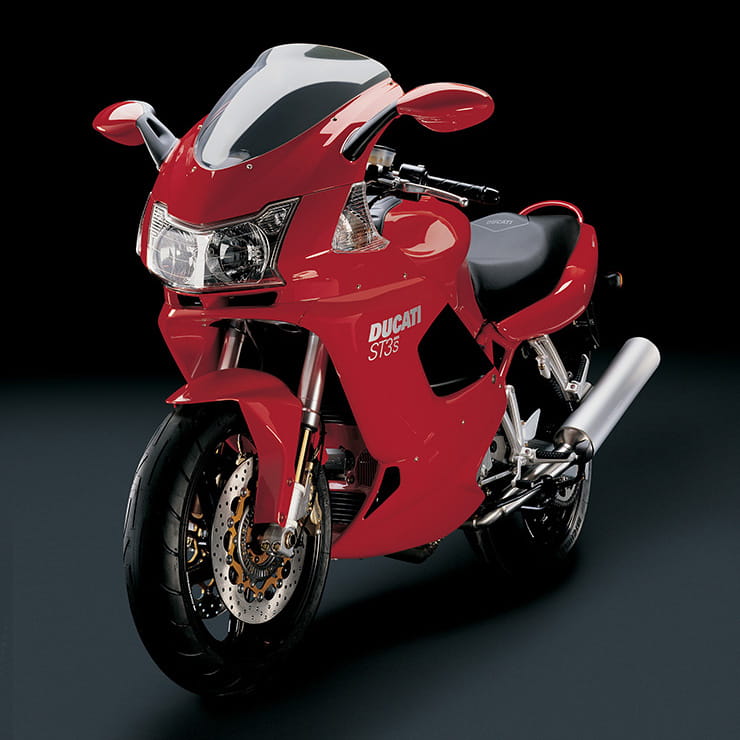 The ST3 may only have been around for four short years, however it was updated in that time and also grew a sportier sibling. In 2005 the ST3’s motor gained 5bhp and 3.9 lb-ft of torque alongside a wet clutch to help keep noise down in a small update before 2006 saw the ST3 S join the model range. Boasting an Öhlins shock and TiN coated sliders on its Showa forks alongside ABS, the S model only lasted two years and was discontinued alongside the stock ST3 at the end of 2007. 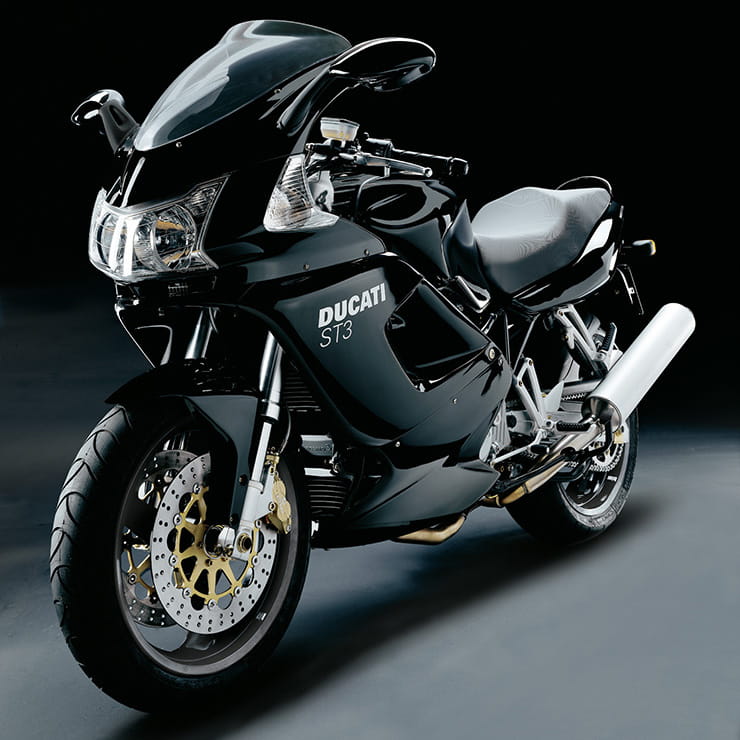 Where the ST4 and ST2 models are fairly plentiful in the used market, the ST3’s short production runs means it is harder to locate. This makes pricing one fairly hard as some owners believe their rarity inflates their value, however in reality you are still buying a fairly old used Ducati sports tourer, so shouldn’t pay over the odds as unlike a superbike, the ST3 is never going to appreciate in value. With a target budget of between £2,500 and £4,000 for an ST3 and roughly £3,000 to £4,500 for the S model due to its extra bling factor, you should be able to secure a nice one. 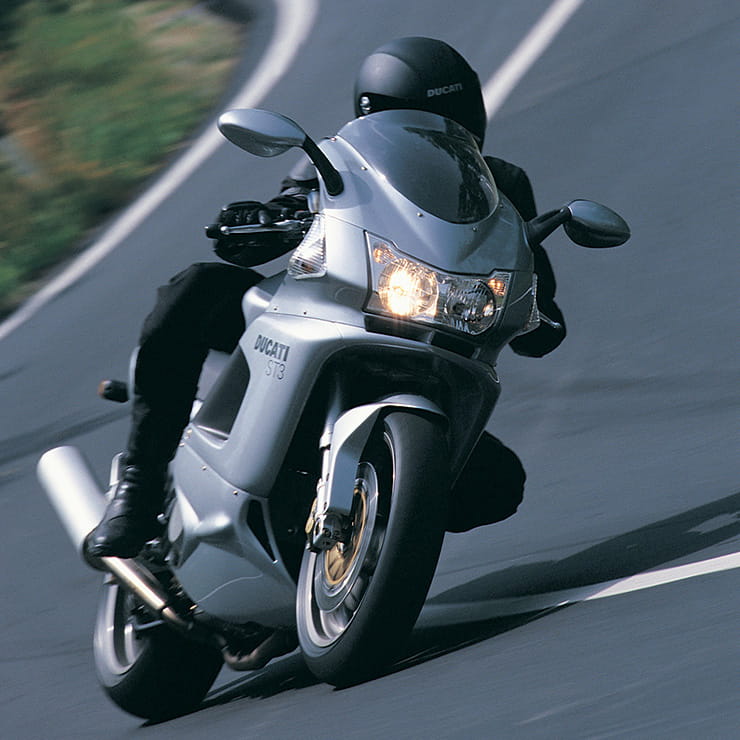 There are quite a few Ducati forums and many have sub-sections dedicated to the Bologna firm’s various models. One of the most active is www.ducati.ms, but you also have www.ducatiforum.co.uk and the Ducati Sporting Club at www.ducatisportingclub.com. There is a dedicated ST forum at www.st-owners.com, which is a good starting point as it has a lot of posts regarding faults and fixes from owners who cover serious miles on their ST models.