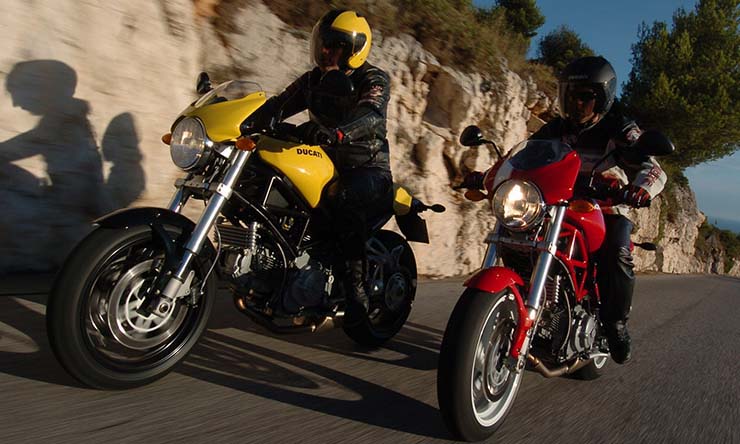 Ducati’s Monster range has always been massively popular, and when the firm dropped the air-cooled bikes at the end of 2015, many were up in arms. Thankfully Ducati saw the error in their ways and reintroduced an air-cooled Monster for 2017 in the shape of the Monster 797, but try as it might, the new style does lack the charm of Miguel Galluzzi’s original design. However, considering it first appeared in 1993, it is probably fair to say the original design does look a tiny bit dated – if only there was a slightly more modern Monster that still retained the old bike’s overall feeling of naked elegance. Well there is – the Monster S2R 800.

The S2R was a bit of a strange bike for Ducati to release because in many ways it wasn’t needed. Sitting in the range between the air-cooled M1000 and M1000S models and the M800 and M620 and M620S bikes, the S2R was essentially a high-spec M800 that borrowed bits from the S4 models. But, faced with such a extensive model range that also included the water-cooled bikes, and even a larger capacity S2R 1000 coming in just a year later, buyers tended to overlook the S2R 800 as it didn’t really justify its increased price tag. Yes it looked very cool with its single sided swingarm, stacked pipes and racing stripe down the tank, but for a few quid more you could get the 1000 and on a naked bike, muscle is always key to sales success. Yet those who did try out the S2R were left in very little doubt as to why this Monster more than justified its place in the model range.

There is far more to the S2R than just being a great looking Monster. The addition of the APTC (Adler Power Torque Plate Clutch) clutch, which isn’t on the M1000 models, makes it a great town bike and the 803cc engine also has a lovely blend of power and torque. It’s not blisteringly fast, but it certainly has more than enough air-cooled grunt to entertain. Like all air-cooled Monsters, the S2R is light, agile and good handling both in and out of town (the S2R has more ground clearance than other Monsters) and if you click with the slightly odd Monster riding position, it’s also fairly comfortable. In short, it’s everything riders look for in an old-school style of Monster, but with a slightly more modern look that sets it aside from the rest of the range.

The Monster’s air-cooled engine is very reliable as long as it is treated correctly, so a good service history is always right at the top of the wish list. The finish is surprisingly good on the S2R, certainly better than the early M900 Monsters, and so any signs of paint flaking off the engine hints at a bike that hasn’t been that well cared for. The S2R comes with the APTC clutch, which gives a lovely light clutch action with a slipper function, so leaking slave cylinders are rare, unlike on other Monsters. As with any Ducati, listen out for a squeak that indicates the sprag clutch may need replacing, and check the oil cooler on the front of the engine as this can get full of dirt and corrode, causing an oil leak. While you are at the front, also inspect the starter motor and check the main power in line as if this is corroded it can snap and the connector to the starter motor is a weak point that often breaks when you try and undo the nut that secures the power line. Be wary of any warning lights as the throttle position sensors can go down and always ensure the eccentric adjuster on the single sided swingarm moves freely and that the pinch bolts haven’t been over-tightened, which can deform the hub or even crack the swingarm itself. Finally, the S2R comes with an immobiliser as standard, so check you get the red ‘master’ key included as you will need this to reprogram blank black keys.

The S2R was released in 2005 and alongside the six paint schemes (red/white, yellow/black, black/red, red/black, yellow and black) a matt black Dark model was also unveiled. In 2006 the S2R 1000, which uses the air-cooled 992cc engine, also joined the S2 model range before both bikes were discontinued in 2008 when the whole Monster range was revamped. If you want a bit more fire in your Monster’s belly, the S4R models use the water-cooled desmo engines, making the fearsome 126bhp S4RS the daddy of all ‘old-school’ styled Monsters. 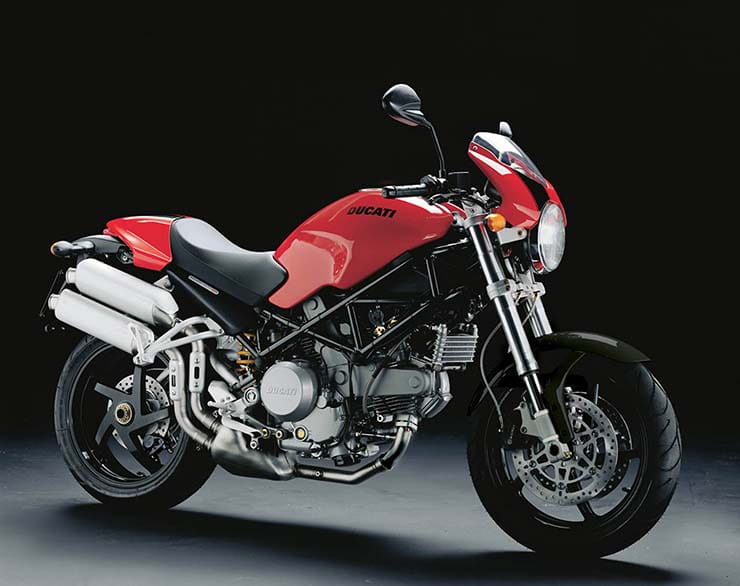 The S2R is an oddity when it comes to pricing because they are something of a rarity in the UK and don’t often appear for sale. That said, when they do pop up they aren’t always snapped up that quickly because their 800 capacity makes them less desirable than the S2R 1000. The S2R is the kind of bike that most riders stumble across and as such accurately pricing it is quite tricky. A good example should cost in the region of £3500-4500, which is about £500 more than an M1000 will set you back and about the same as a Monster M1000S, but that’s mainly due to the fact the S2R has a cool single sided swingarm and unique looks with its stacked pipes. That said, buyers often avoid them as the classic Monster styling is bang on fashion where the beefier S2R could be viewed as less elegant. At the end of the day, if one pops up for sale, ask yourself what you feel it is worth and don’t pay what feels like over the odds. 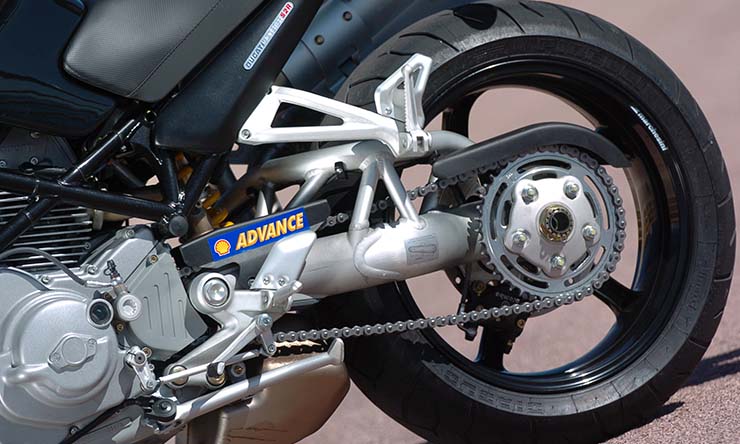