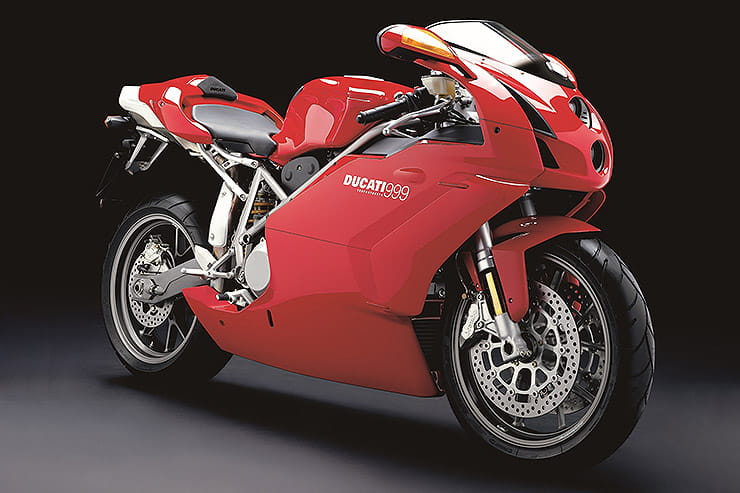 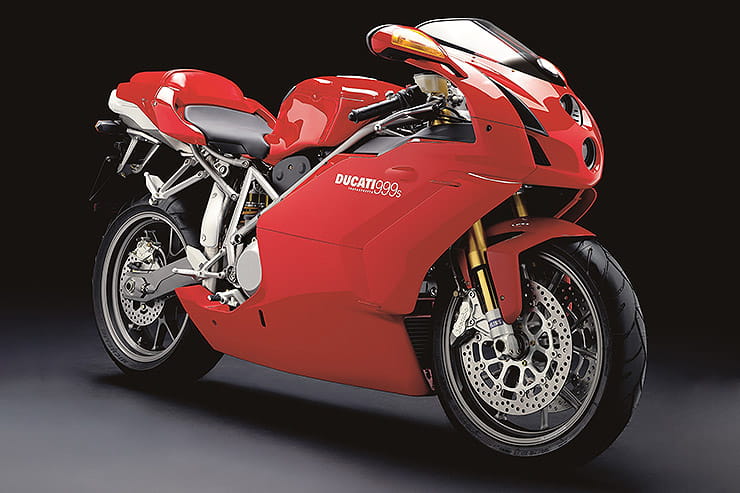 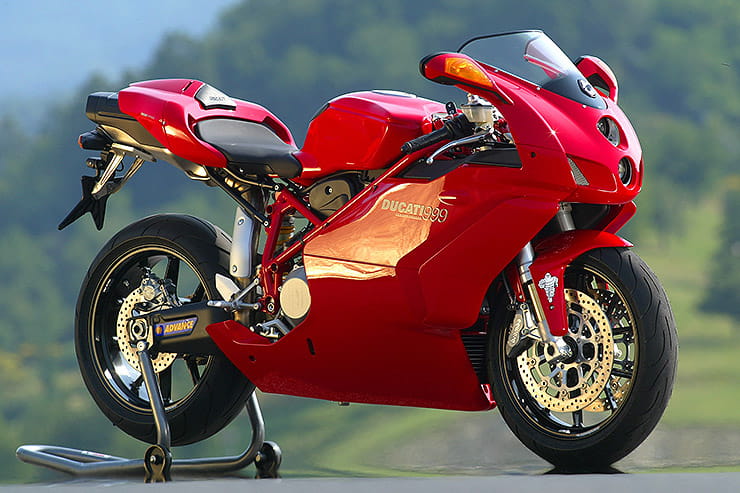 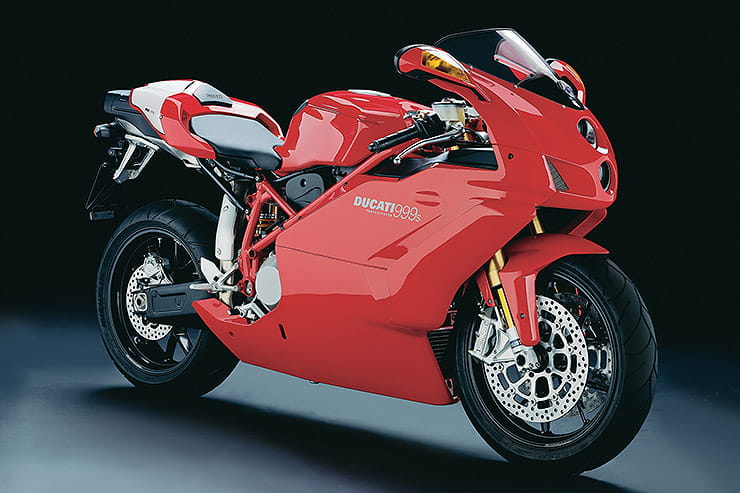 In 2003 Ducati shook the world when it unveiled the replacement for its class-topping superbike. Designed by Pierre Terblanche, the all-new 999 bore absolutely no visual similarities with the iconic 916-silouette that had been Ducati’s trademark look for nearly a decade. Radical and challenging, the 999 proved a step too far for many and instead of appreciating it for what it was – a leap forward in V-twin superbike design –it was berated for its lack of visual appeal. Nowadays reaction to the 999 has mellowed and it is earning the recognition it so thoroughly deserves.

There is always a certain degree of optimism surrounding Ducati price tags as dealers and private sellers seem to think that they can charge what they like, however this isn’t really the case and although the 999 is exclusive it is by no means in short supply. That said, after prices initially crashed due to its unpopularity, they have been steadily climbing over the last five years and that makes the 999 quite a pricey option. You can find an early 999 in a private sale for in the region of £5000 - £5500 with dealers asking for £6000 or just over. If you want the S version, this will increase by roughly £1500 as it is noticeably higher in specification. The updated post-2005 999 is far closer to the S in terms of engine spec, so the gap is reduced to the £1000 region. Prices for a 2005 999 start at £6500 while an S is £7500 and rise to £8000 and £9500 respectively, which in all honesty is over-priced. If you want the all-singing R model, expect to pay over £15,000 – but they are fabulous bikes and easily warrant the investment if you can afford it. 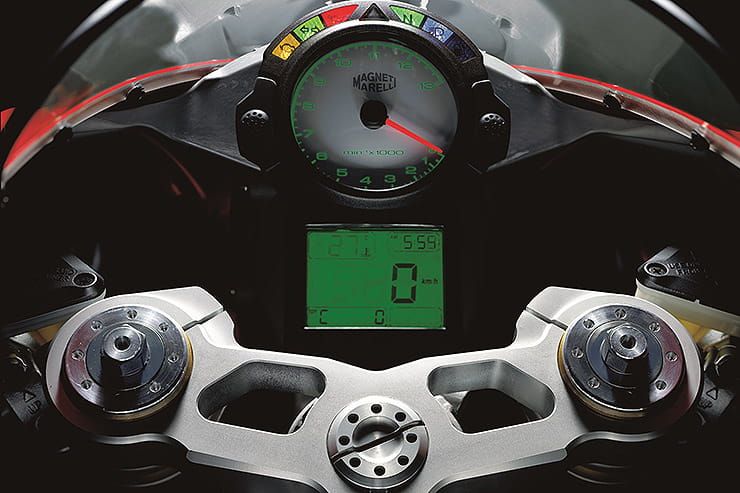 The 999’s desmo V-twin is simply beautiful and has all the lazy power and torque you would expect from such a bike. Deceptively fast due to its low-revving nature, Ducati managed to get the fuel-injection spot on with the 999 and it is very hard to fault as a road bike motor aside from a typical big V-twin stutter at very low revs. Ridden in isolation, the first generation of 999 is fine however should you sample either that year’s S or the updated post-2005 999 you will be left slightly disappointed. The 2003-2004 999 is quite down on power in comparison and given the choice, it is a far better option to buy the later bike. That said, when you take the price difference into account you could buy the earlier S instead, which makes almost the same power and the updated 999 and gets some extra bling in the form of Öhlins suspension (but not lightweight wheels). If the bike feels particularly sluggish, check the fuel filter as rust forms on the inside of the 999’s tank which then falls into the fuel and clogs the filter, robbing the bike of power. 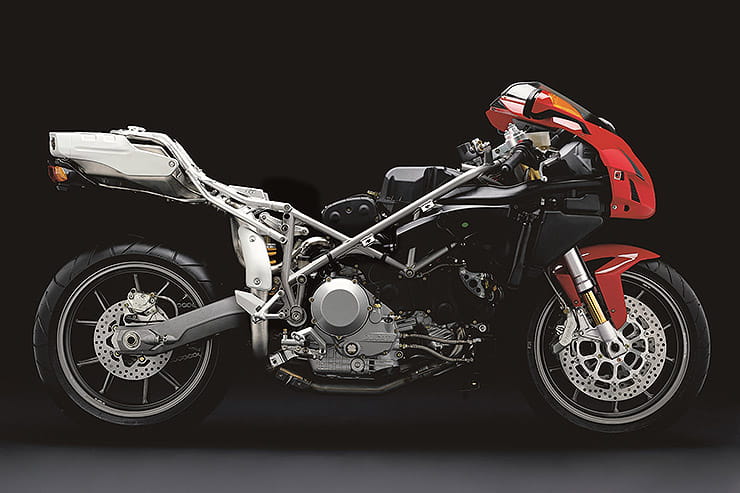 We might as well get it out of the way now – yes, the 999 does cost a fair bit in terms of servicing. Every 6000 miles (or yearly) it requires a service (roughly £350) and new cam belts and a valve clearance check at a ‘desmo service’ every two years or 12,000 miles (roughly £750). And then there are the reliability issues… The 999’s wiring harness has issues around the battery box where the engine’s heat and water ingress causes it to corrode, the fuel pump relay (located in the same area) fails with annoying regularity and so does the headlight relay (located in the headlight cluster). The front coil is also susceptible to corrosion, but this isn’t a huge drama to sort. As long as it is serviced regularly, the 999 is actually a very reliable bike as the testastretta engine is a thoroughly tried and tested unit with no major mechanical worries to speak of – unlike the older 916/996 models! If you want some extra power, an aftermarket exhaust is a great option as the 999 responds really well to a being allowed to breath, mainly as the OE exhaust is a bit of a weird design (one cylinder’s pipe is a wider diameter than the other) and also choked up with catalytic converters. If you can, find a bike with a system already fitted (ideally a Termi or Leo Vince) as they are very expensive to buy in the aftermarket world as well as fit and dyno etc. 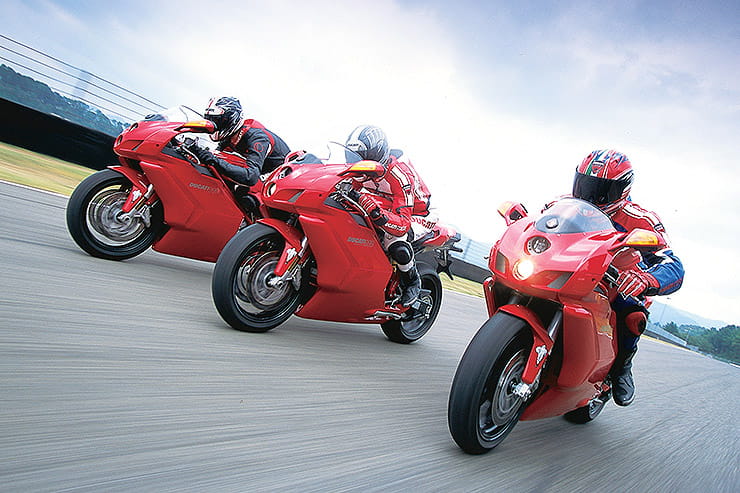 The 999 isn’t the thirstiest of bikes but by the same token you are hardly going to buy one and then grumble at frequent trips to the fuel station and the cost of super unleaded. Expect to average in the mid-30 mpg and see the fuel light after roughly 110 miles. 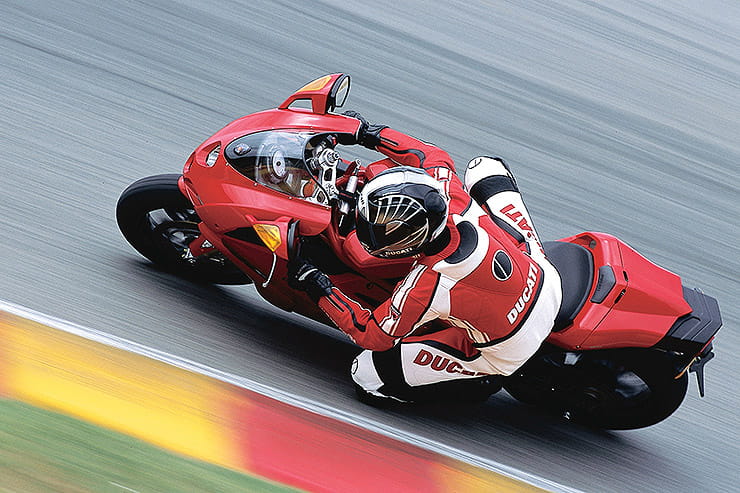 One of the best things you can do to a 999 is get its suspension set up by a professional as this can transform how they feel. A lot of owners give it a shot (always return any used bike to the OE settings found in the handbook!!!) but they nearly always balls it up and some even start messing with ride heights, head angles and rear tyre sizes, sticking in a taller 190/55 to help it turn. Get a pro to help you out, it is worth the investment. Even a well-sorted 999 will never be the fastest turning bike in the world and if you hop off a Japanese inline four onto one it will feel sluggish to respond, however the trade-off is simply sublime mid-bend poise and that’s always been Ducati’s strengths. This is a bike that delivers in fast and flowing bends, not stop/start tight ones, so pick your road to suit its strengths. On the right road, few bikes reward you with the same kind of riding experience as a 999 and it is noticeably better handling than any of its V-twin predecessors.

Ducatis have always relied on Brembo’s stoppers and there isn’t much wrong with the ‘conventionally’ mounted calipers on the first generation of 999 and 999S, especially as braided lines are standard fitment. In the 2005 update the S gained radial calipers, which look cooler but aren’t noticeably any more effective for road use. If the brakes feel a little lacking in bite, it will probably be down to the pads being old so give the discs a clean with brake cleaner and a bit of a light rub with an abrasive pad to knock off the old pad material and then update the pads with some fresh modern items with a high friction rating. A few owners update with an aftermarket master cylinder (Brembo are very popular) upping the 999’s standard ratio of 18 to 19 for more power at the lever. 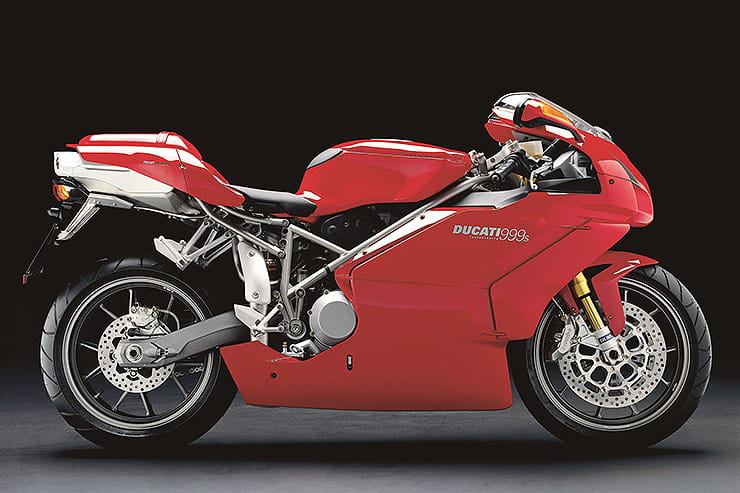 Would you really want to take a 999 touring? This is a Ducati sportsbike and that means the seat is firm, the bars low and the pegs high. Not only that, in summer the exhaust can cook your man bits and legs, so you don’t really want to go seeking too much sun! Interestingly, Terblanche actually designed some adjustability into the 999 and the bar’s position and seat can be altered to make it more comfortable – although ‘comfort’ is a relative term…

It isn’t a rider aid as such, however the 999’s immobilisor system needs to be treated with caution as it is prone to failure, so always start/stop the bike a few times to ensure it works and look for the red ‘master’ key to be included in the sale. In terms of accessories, anything from Ducati’s official parts catalogue is good news both visually and when it comes to resale value. If you want to upgrade the 999, look towards its clutch with an aftermarket slave cylinder (JHP, Oberon etc) reducing the effort at the lever and a slipper clutch great for those wanting to push on a little bit.

Although much-maligned at the time, the Ducati 999 is a really beautiful bike to ride and its challenging looks have certainly mellowed with age. The fact it was controversial adds a bit to its mystique and while it is never going to be considered as elegant as the 916-generation, it is still very much a stand-out model in Ducati’s history. The price tag is somewhat over-inflated, however if you can find one at a reasonable cost you won’t be disappointed by the riding experience. And it even looks very cool in yellow, something few bikes call pull off. 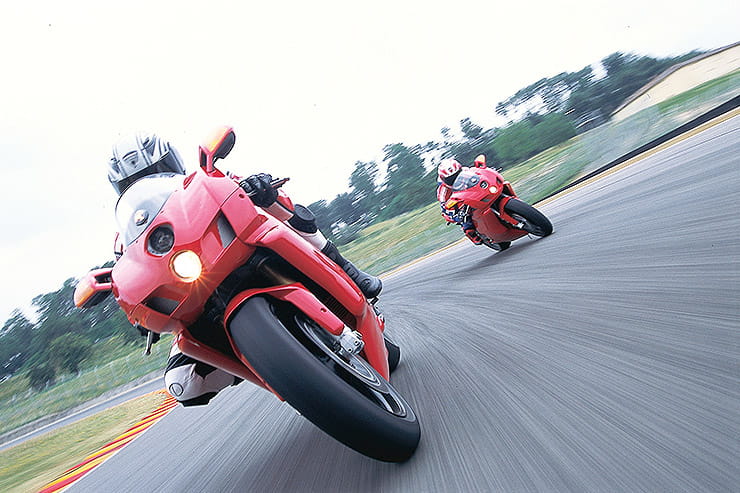