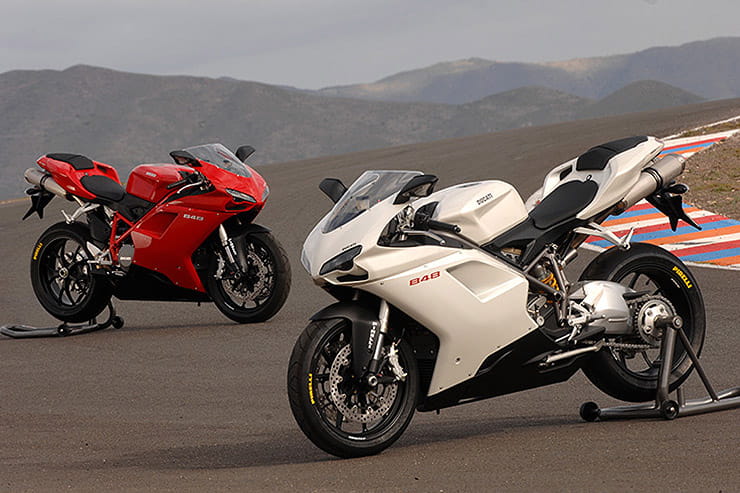 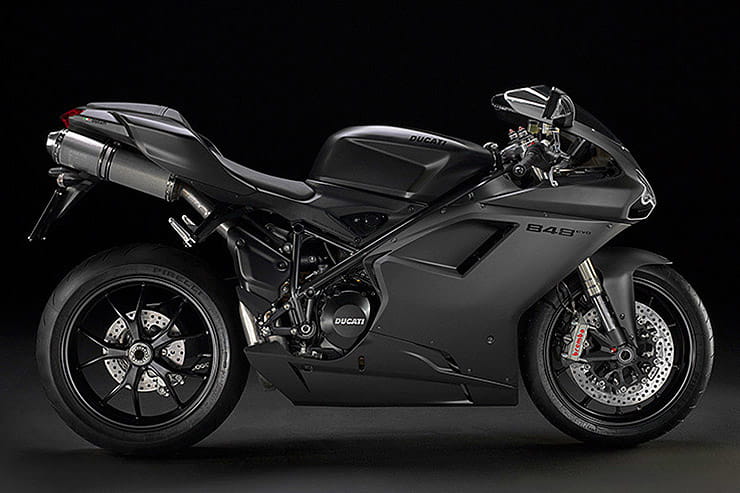 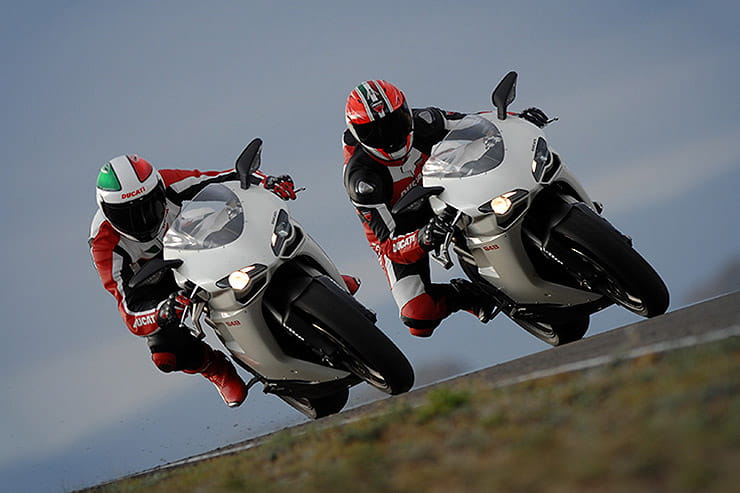 In a world where power figures dominate the headlines, it is easy to overlook a ‘baby’ sportsbike such as the Ducati 848. However, this simply delightful machine offers a superb blend of Ducati soul, serious sporting pedigree, a wonderful V-twin engine and stylish looks. If you want a machine that encapsulates the sheer joy of riding and won’t scare the bejesus out of you, the Ducati 848 is a great option. In no way a compromise, it is an excellent middleweight sportsbike in its own right that with nearly 140bhp on tap is hardly left lacking in terms of its performance!

Much like the older 748 models, the 848 isn’t a ‘range-topping’ Ducati sportsbike and that means its prices are lower (and not artificially inflated!) than the likes of the 1098 or 1198. You can pick up an early 848 for just over £5000, which isn’t bad value at all, or if you want the Evo model you need to look at spending closer to £6000 with tidy low-mileage examples going for £6500, which isn’t that much of a jump and demonstrates that it isn’t significantly more advanced. The later ‘limited edition’ Corse and SE models go for around £8000 but they are just show and there is nothing at all wrong with the base bike.

Considering the 848 packs 134bhp (140bhp on the Evo) and 70.8lb-ft (72.3lb-ft on the Evo) it is strange that people view them as ‘small’ sportsbikes. Not that many years ago the top of the range 999S only made 145bhp and it was deemed a full-on Ducati sportsbike. To ride the 848’s power delivery is typical of this kind of machine – lazy, full of mid-range and smooth aside from very low in the rev range. It’s a lovely motor for road riding as you don’t need to work the gearbox, just ride it on the throttle and use that wide spread of power. On track the fact the 848 has a gentle power deliver (especially when compared to the very abrupt 1198) makes it far easier to ride and overall a much more enjoyable machine. 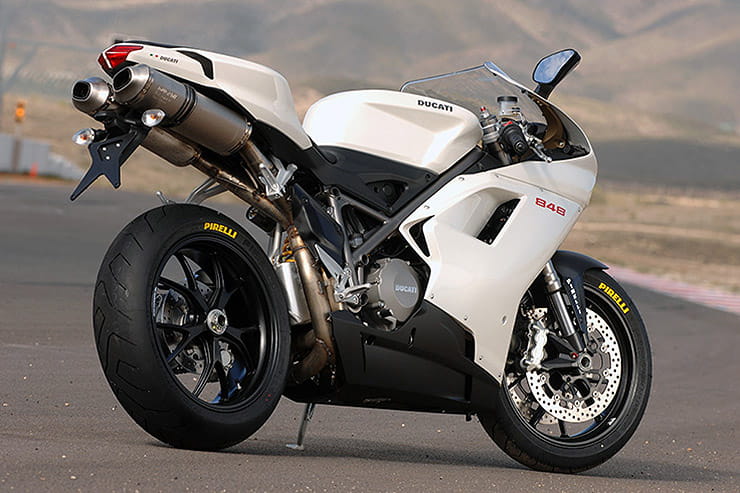 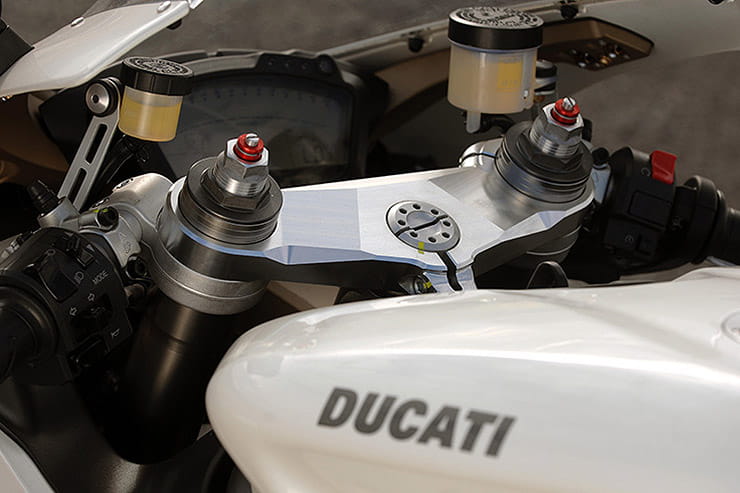 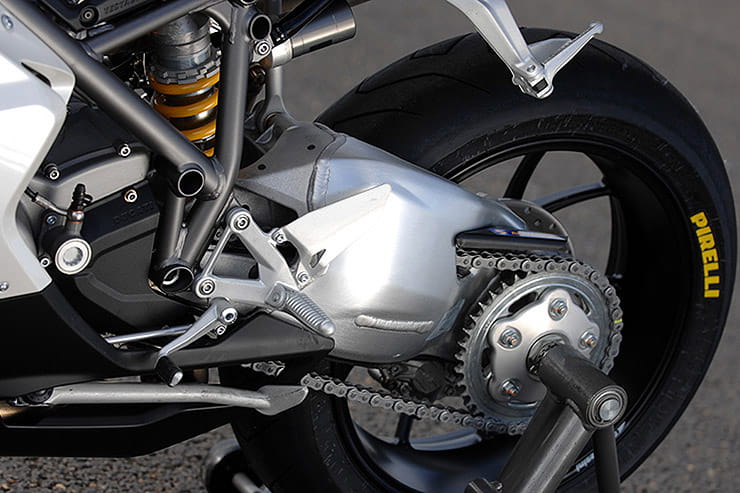 A smaller version of Ducati’s Evoluzione motor (which replaced the Testastretta engine) the 848’s lump has a very good reputation for reliability and faults are few and far between. As with the 1098/1198 engine, Ducati increased its service intervals and it requires a service every 7500 miles (or one year) and belts every two years with valve clearances (the desmo service) checked at 15,000 miles and not on a time frame as with the Testastretta motor. There are a few cases of reg/recs failing (early bikes were recalled for the fitment of a heat shield) but aside from the occasional electrical issue (generally a solenoid and easy to replace) you can buy with confidence as long as it has a good service history. As the bike is getting on a bit now, locating Termi aftermarket pipes is both tricky and expensive with online auction sights selling used carbon items for close to £1000! New titanium Termis are only marginally less at £800. An aftermarket exhaust, free flowing air filter and re-map is worth doing to an 848 as they do respond well to being allowed to breath a bit better, releasing a nice thump of mid-range. Ducati only fitted a quickshifter to the latest Evo Corse models, so be wary of aftermarket quickshifters fitted to early bikes as they can create gearbox issues if not fitted and set up properly by a competent mechanic who knows what they are doing.

Economy figures vary with some owners reporting high 20s mpg and others low 40s, so it totally depends on how you ride. This is a sportsbike at the end of the day and if you thrash it on track it will guzzle fuel. Expect to fill it up every 120 miles when the fuel warning light illuminates and don’t worry about economy, just enjoy the ride. On the bright side, it is cheaper to insure than a bigger capacity sportsbike so you are saving some cash! 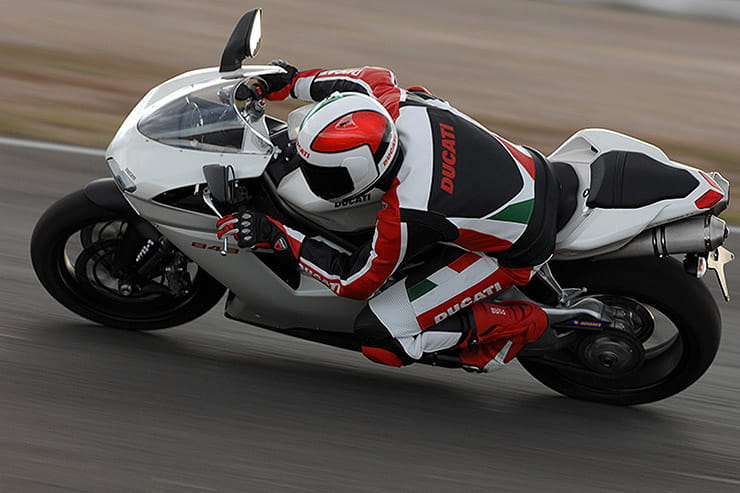 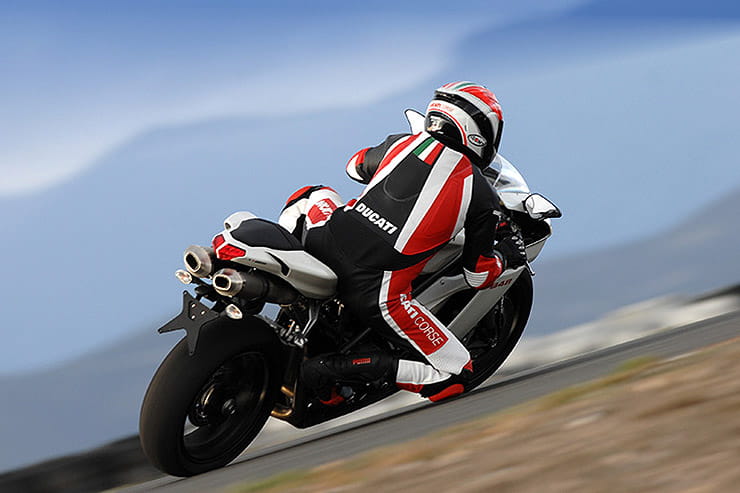 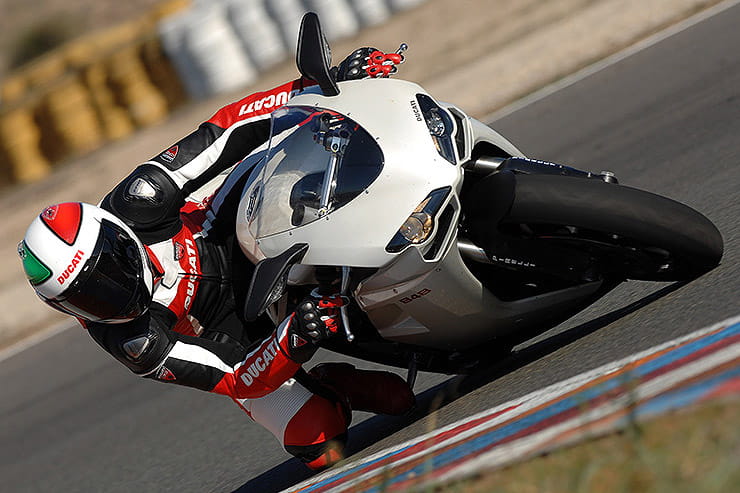 One word sums up the 848’s handing – balanced. Due to the fact it hasn’t got a hugely powerful V-twin trying to upset its chassis the 848 feels delightful to ride as it blends performance and agility perfectly. It’s one of those bikes, much like a Suzuki GSX-R750, that is just fun to be on and doesn’t intimidate you through excessive power. The Showa suspension may lack the Öhlins bling (unless you have the Evo Corse SE) but it is perfectly up to the job and both the shock and forks are quality units with full adjustability. Be a bit careful when buying a used bike as the shock can’t easily be rebuilt, but that’s a good excuse to buy an Öhlins one! As on all single sided bikes, watch out for over-tightened hub pinch-bolts and seized eccentric adjusters.

There is no option of ABS on any 848 model but you do get braided lines and Brembo radial brakes as standard on all 848 models so you are hardly left lacking. Owners upgrade the master cylinder for more performance and also add higher friction pads, which isn’t a bad idea if you are looking at doing a few trackdays.

Comfort? On a Ducati sportsbike? Yeah, that’s not really much of a factor but the 848 isn’t as cramped or aggressive in its riding position as the likes of the 916-style or 999 bikes. It’s ok for about 100 miles but you wouldn’t want to ride to Bologna on one. Well, not in one hit! 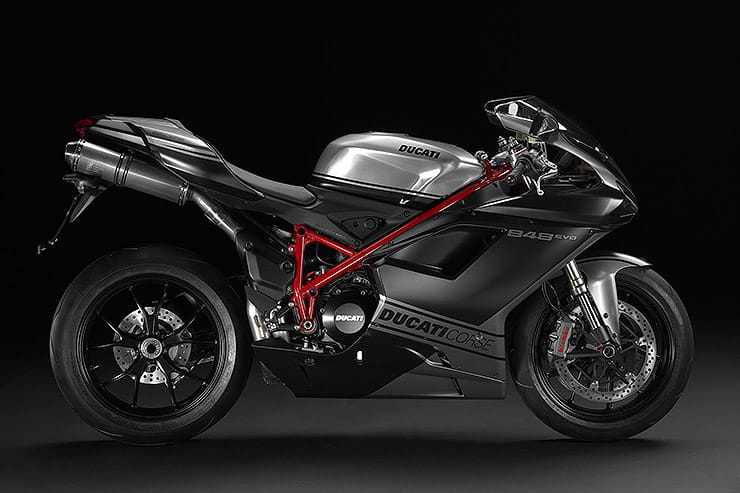 Above: The elegant 848 Evo Corse

Only the Evo Corse models came with traction control, so if you want this feature you need to dig deep into your pockets. Watch out for misting dashs on early bikes as they are known to leak and once water gets into the display you are facing a big bill for a new unit. In terms of accessories, it is the usual Ducati adds-ons and most riders simply go for carbon bolt-ons, rear sets and taller screens. If you are doing serious track work a slipper clutch is recommended to protect the engine from over-revving and road riders often swap the clutch slave cylinder for an aftermarket one to reduce the lever’s action. Interestingly, Ducati made a ‘stealth’ Dark model of 848 Evo with black paint which was £700 cheaper than the standard red bike. It isn’t a special model, it is just a cheaper one, but it does look quite cool.

So many riders simply set their sights on the biggest and therefore assumed best Ducati sportsbike when actually the smaller capacity 848 would suit them better. If you are dreaming of opening your garage and seeing a Bologna-built bike sitting there, give the 848 some serious consideration – especially in white, which is super-cool. 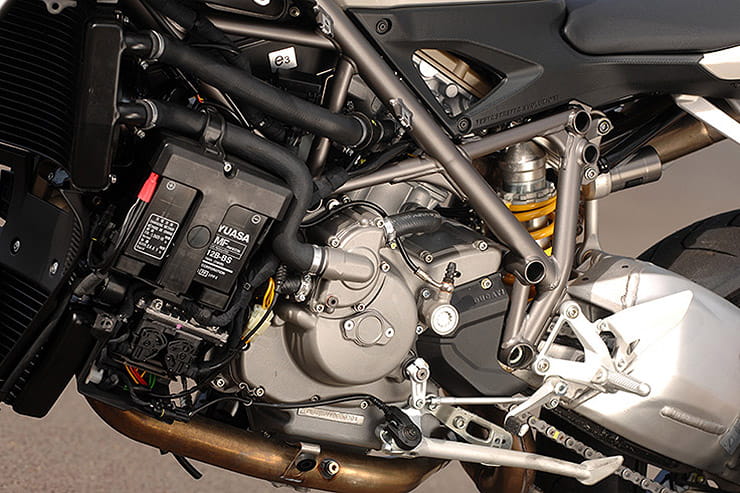