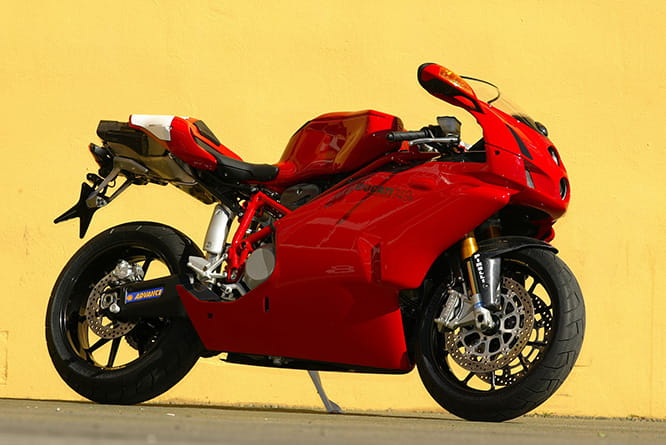 Homologation model Ducatis are always very special objects, but the 749R is a significant cut above most other R or SP Bologna bikes. Why? In true Ducati fashion, because the World Supersport rules were so tight when it came to how much you could actually alter the original road bike when it came to building a racer, they simply unleashed a full-on road bike! Cheating? More interpreting the rules to favour your advantages, not that it did them much good…

Released in 2004, the 749R was Ducati’s entry into the ‘budget’ World Supersport series. Unlike WSB at the time, which was pretty open with its rules, WSS was meant to be relatively cheap for teams to enter and build a competitive bike. It was seen as a feeder class and as such the organisers hoped to fill the grids with privateer teams rather than no-expense spared factory ones. In Europe supersport sales were on a high, which was another reason why WSB organisers wanted full grids, so Ducati saw it as the perfect place to show that they could match the Japanese inline fours with their V-twin. Enter the 749R.

To say the 749R is a trick bit of kit is a massive understatement. Like the 999R, the 749R has a totally different engine to the other 749 models. Its bigger bore and shorter stroke not only give it a true 749cc capacity, they allow it to rev higher with less mechanical stress and therefore make more power in race trim. Added to this are bigger valves, high compression pistons, titanium valves and con rods, a lightweight crank, slipper clutch and, well, you get the idea. And it doesn’t stop there.

The 749R comes with Ohlins everything, Brembo brakes and a swingarm that was identical in its construction to the 999 WSB bike’s unit. Even the wheels are Marchesini lightweight items as the WSS rules dictated only OE wheels were allowed to be used by the race teams. Yet despite all this kit, the 749R never achieved its goal in life and was soundly beaten by the Honda CBR600RR in WSS. So why do you want one?

The 749R is an absolutely glorious bike to ride and arguably a better one to just stand and stare at. The level of engineering and technology that Ducati invested into this product is simply jaw dropping and it remains probably the most advanced homologation special ever to leave Bologna. It’s a moving work of art and while prices are high, they are only ever going to get higher. It’s an amazing bike in every single way. 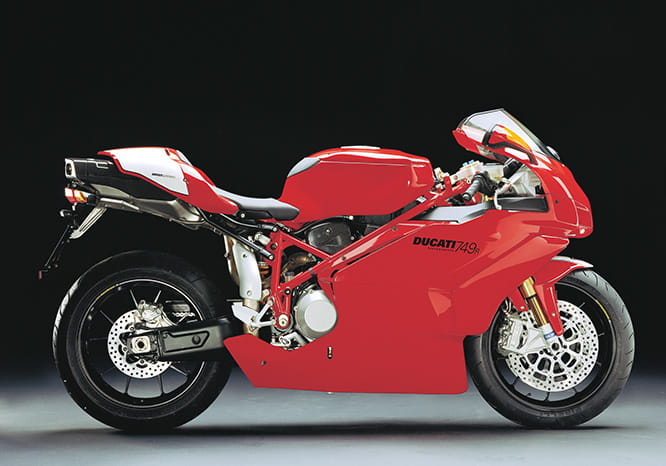 Very few 749R road bikes were ever converted to race bikes, but always check a bike’s history just in case you have stumbled over an ex-racer. The chances of a 749R not having a complete service history are extremely rare and if this is lacking it is a worrying sign of a murky past. As with any Ducati homologation special, originality is key and so avoid any with gaudy extras unless all the original parts are included in the deal. And the same goes for engine tuning - exhausts are fine, but that’s about the limit. As with any older Ducati, the cam belts need changing every two years and the valve clearances checked at the same time, which will set you back over £500 so factor this into any purchase. The first generation of 749R came with a fully carbon fairing where later models didn’t, so if possible go early, however watch out for the clutch. A few of the very first 749R models had issues with the slipper and it was upgraded on later generations. Unlike the standard 749 models, the electrical issues are less of a worry simply because owners tend not to use R models in the wet, understandably saving their riding for sunny days only. And why not? 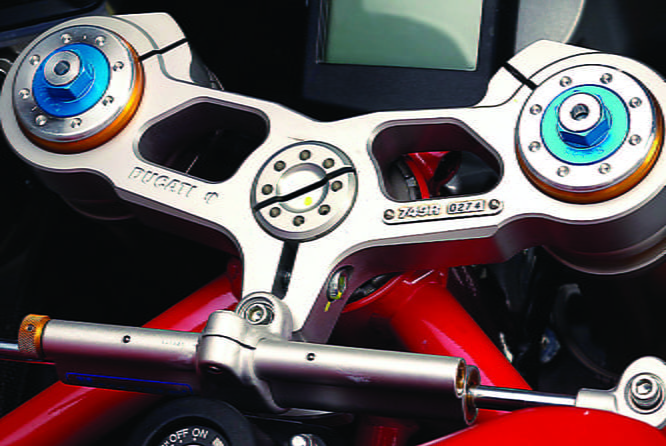 The 749R was only built for three years and didn’t receive any notable updates. The first production run came with a fully carbon fairing, which was downgraded to plastic on later models to save cash, while the slipper clutch was also updated after owners complained about its odd feel.

Back in 2004 a 749R would set you back a salty £13,595 and a few years later, when the world was all hating the 999’s controversial look, you could have snapped up a used one for less than £6,000. Annoyingly this has all changed. The 999 is now becoming sought after and this is reflecting on the 749 models. An early 749R will cost around the £8,500 mark with prices rising to closer to £10,000 for a low mileage later model. Oddly, buyers don’t often spot the fact the first generation is higher specification than the later one and pay more for age rather than spec. Very few 749R models made it to the UK so they are quite a rare bike and hard to locate, which also boosts the price tag.

Owned one? Ridden one?  or