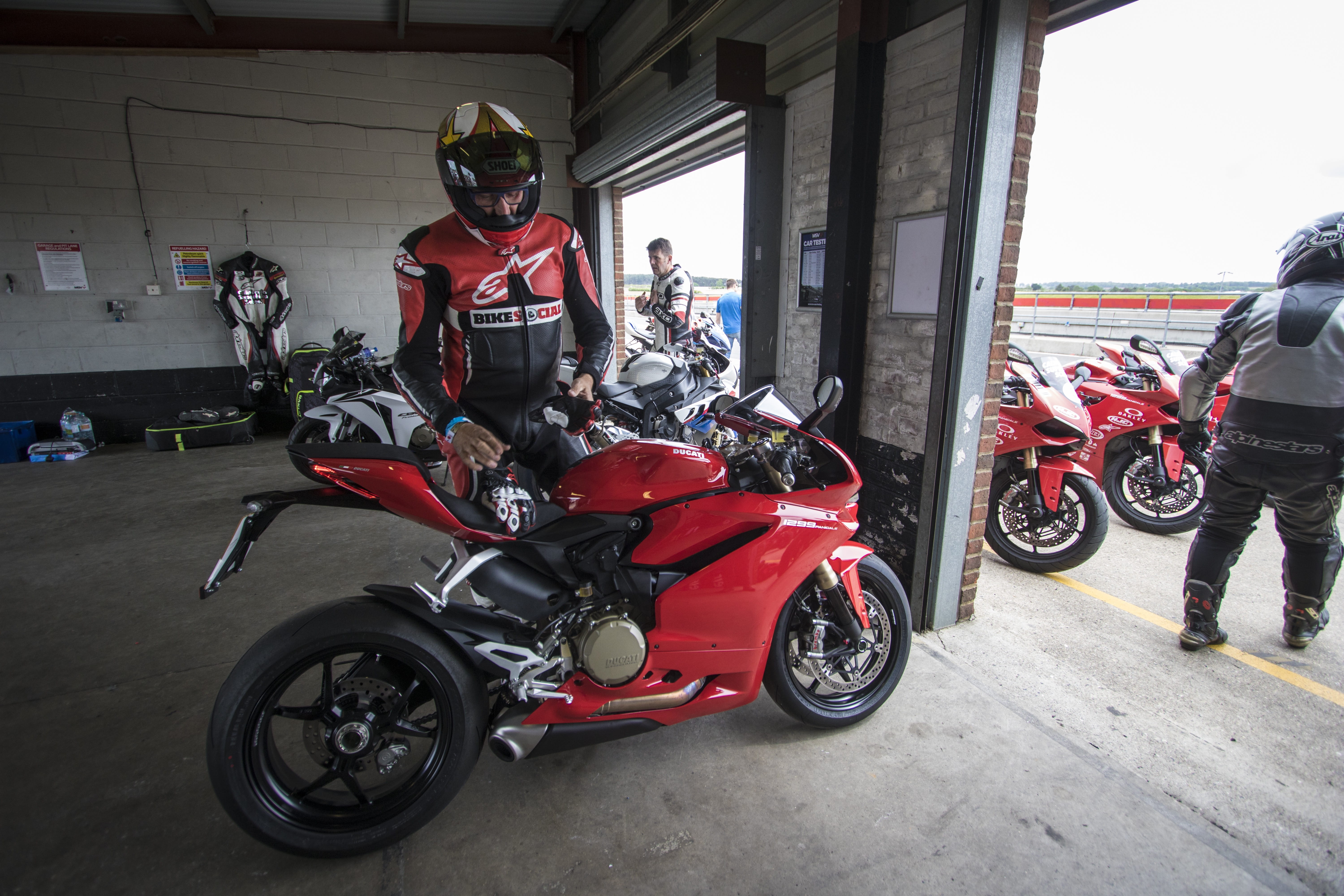 We've only had it a month but already our long-term test Ducati 1299 has seen track action at Snetterton, Silverstone and Donington Park. It looks like being quite a summer for the exotic Ducati that’s the latest member of our test fleet.

With just a few hundred miles on the clock my first proper ride with our new long-term test Ducati 1299 wasn’t ideal. It was a racetrack for one. And secondly, one of the UK’s fastest racetracks at that!

But after speaking to some of the California Superbike School instructors running Ducati’s brilliant Panigale Trackstar day at Snetterton, they assured me it would be fine, if I took it easy. In fact they said that they simply ran the bikes in and then ran them all year with no mechanical issues at all. Some record considering the amount of miles and stick their bikes get when used by instructors and guys renting them for the day.

Nervously I blagged my way out on to the track for the Ducati Panigale Trackstar day. The format is simple, you pay £50 for a half day, you get to use your own bike for one session, then you get two sessions on one of Ducati’s 1299 Panigale or 959 Panigales and some classroom sessions, including one session where I talked about a 1299 from a journalist’s point of view to potential buyers.

Thankfully I had already got the keys to a £16,695 Ducati 1299 and Snetterton was my playground for a few hours. 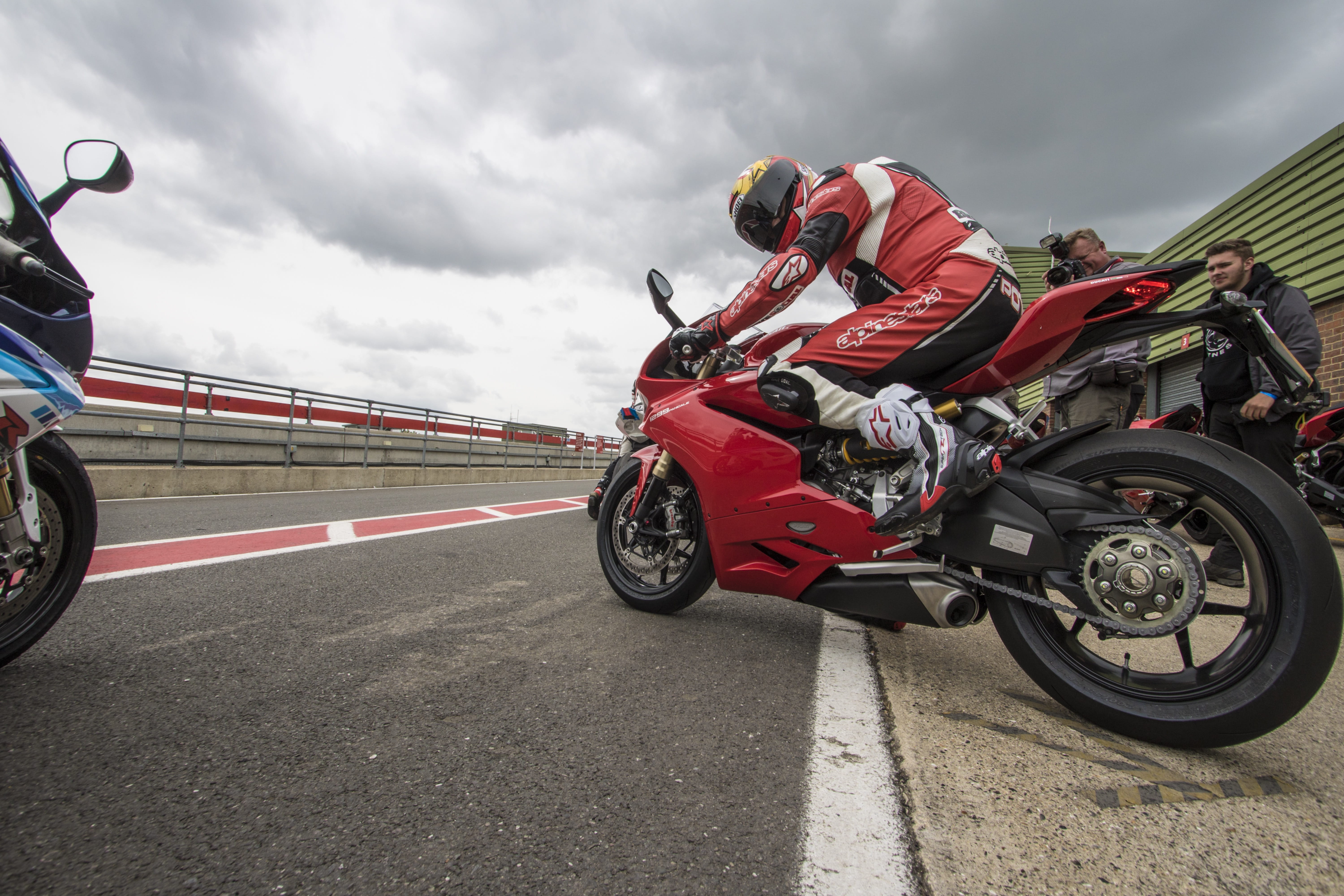 It’s hard to choose between the more expensive £1299 S with its semi-active Ohlins suspension and the slightly cheaper 1299 that we’re running this year. But we chose the 1299 as it’s more realistic. I use the term lightly as almost £17,000 is a hell of a lot of cash.

But you’re never left wanting on the standard bike. It makes a claimed 205bhp at the crank (closer to 184bhp at the rear wheel when we’ve dyno’d similar bikes). It is one of the most beautiful motorcycles you could ever want to gawp at, and it has that true soul of a big, fast, super powerful Ducati superbike.

After one session getting used to the bike behind an instructor, Ducati’s instructors agreed I could get special dispensation to overtake the group and the instructor and have a look round for myself.

Even being careful with the bike on track because of its relatively low mileage the Ducati was hitting 147mph down the back straight at 7000rpm. Out of some of the slower speed corners 7000rpm is plenty to get the bike sitting up and barking to the next corner.

Of course at these revs it never worries the traction control or anti-wheelie control. But it is a great opportunity to use the bike’s ridiculous levels of cornering and braking. The brakes are Brembo M50 radial-mounted calipers and extreme. Right now, only top-flight race bikes have better kit.

The track session taught me that big bikes are so fast that even on track you don’t have to rev them out to get a move on, and also gave me a chance to explore the bike as you would on an extreme road ride.

A run up to Silverstone for a similar session the following week also showed how scalpel like the 1299 is on the road. Okay, so in the early morning rush hour traffic the heat from the exhausts cooks your under carriage, but this is a thoroughbred race bike for the road. On bumpy roads the suspension is firm, but you are always in the zone, and can feel what the bike is doing. It may not be a commuter but compared to an 1199 the riding position changed so it’s more comfortable too.

We’ve got the bike to run through summer and will be running regular updates on Bike Social throughout the next few months. 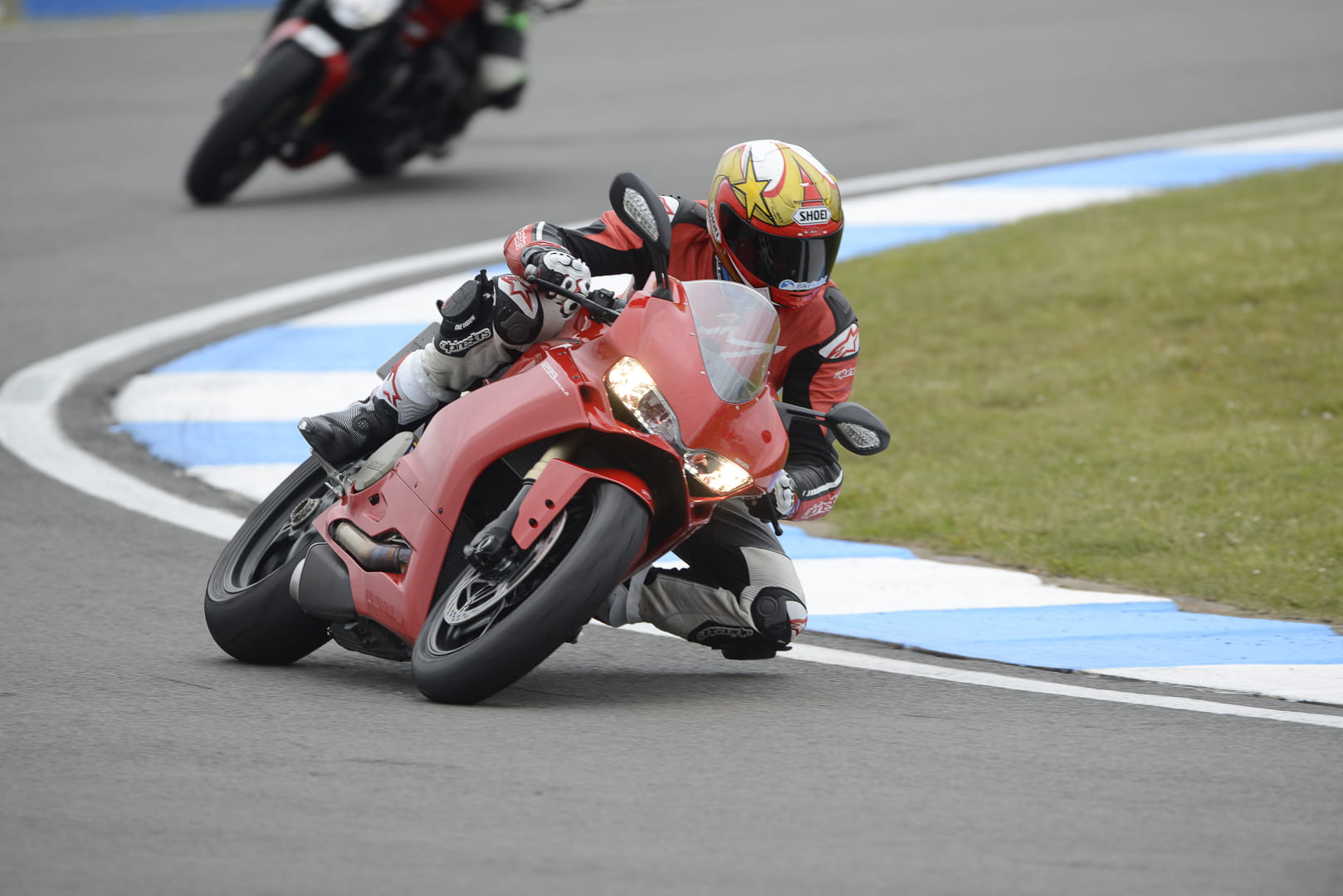