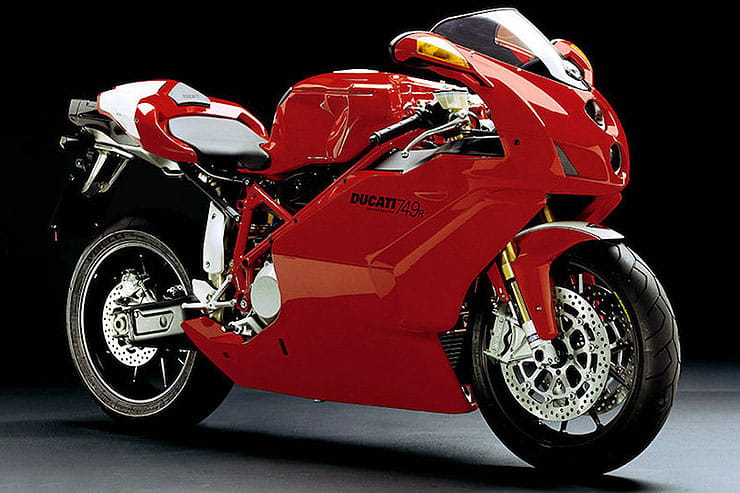 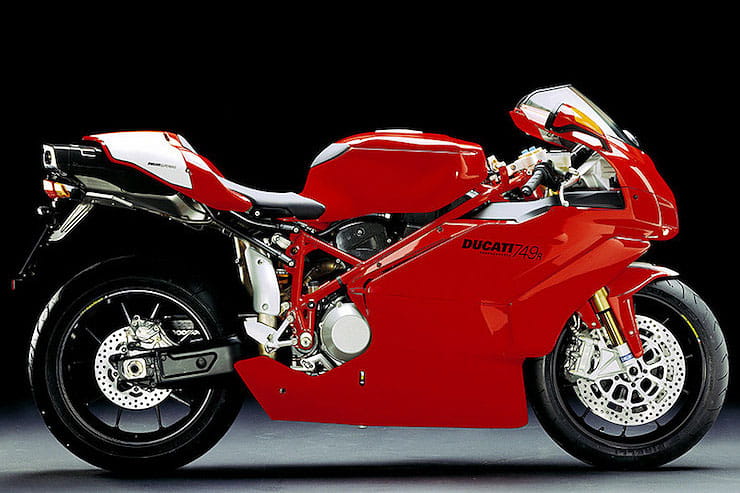 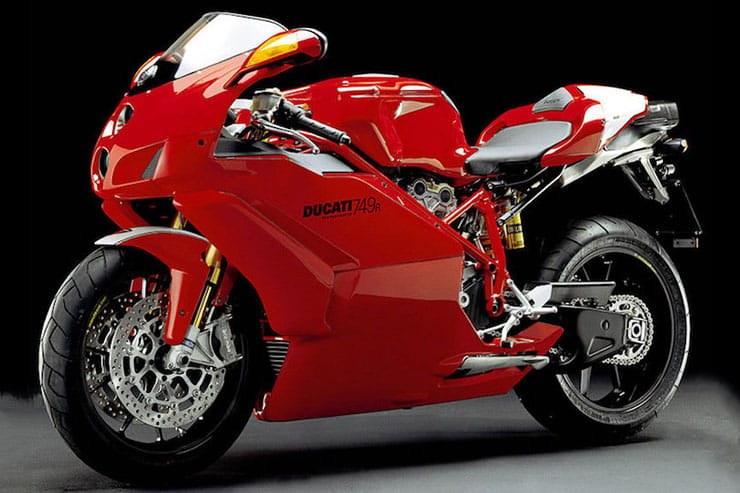 Homologation model Ducatis are always very special objects, but the 749R is a significant cut above most other R or SP Bologna bikes.

Released in 2004, the 749R was Ducati’s entry into the ‘budget’ World Supersport series. Unlike WSB at the time, which was pretty open with its rules, WSS regulations were so tight at the time, not even allowing a change of wheels, that the R is effectively a full-on race bike, tricker even than the 999R.

Despite all that, however, the exotic, superb 749R is still very much overlooked and something only for knowing connoisseurs. As a supersport rather than superbike, it lacks the ‘full-bore’ appeal of 1000cc machines; despite Ducati’s efforts, the 122bhp 749R couldn’t compete with the 140bhp 600cc Japanese fours and, as it was only built for three years, it remains rare.

For a while used prices also suffered. Was a time when a 749R could be snapped up for as little as £6000 – not any longer. Today the 749R is rightly revered as one of the most exotic and fine-handling road-going Ducati sports bikes ever even if it never achieved the success or fame of bikes likes the 916.

Back in 2004 a 749R would set you back a salty £13,595 and a few years later, when the world was all hating the 999’s controversial looks, you could have snapped up a used one for less than £6,000. Annoyingly, this has all changed. The 999 is now becoming sought after and this is reflecting on the 749 models. An early 749R will now cost around the £10,000 mark with prices rising to closer to £14,000 for a low mileage later model. Oddly, buyers don’t often spot the fact the first generation is higher specification than the later one and pay more for age rather than spec. Very few 749R models made it to the UK, so they are quite a rare bike and hard to locate, which also boosts the price tag. 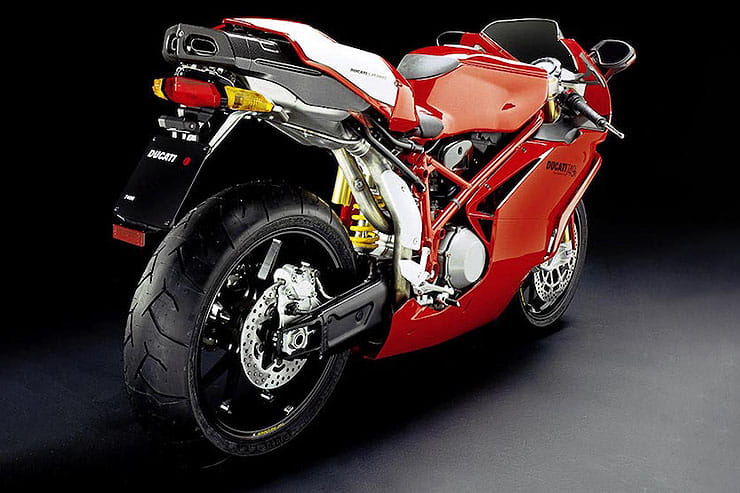 One of the many changes to the R over the standard and S model 749 was to the engine, with the result that the R has a significant performance boost. Peak power is 121bhp @ 10,250rpm (compared to the stocker’s 103 and the S’s 110) with peak torque of 62.2ftlb at 8500rpm (compared to 56.8 and 58.1 respectively). That said, although a welcome improvement and a free-revving joy to ride on the road, being much more fluid than, say, the 999, those figures weren’t enough for the 749 R to succeed on track and the R conspicuously lacks high rpm punch when compared to the sporty Japanese 600s of the day or even the beautifully grunty 675cc triple of the British Triumph Daytona.

Like the 999R, the 749R has a totally different engine to the other 749 models. Its bigger bore and shorter stroke not only give it a slightly larger 749.5cc capacity, but they also allow it to rev higher with less mechanical stress and therefore make more power in race trim.

Added to this are high compression pistons, bigger, lightweight titanium valves and con rods, racing cams, a lightweight crank, slipper clutch and, well, you get the idea.

The gearbox was also changed to have closer ratios and race-style, over-tall first gear.

It’s well made and generally reliable but needs regular servicing. As with most Ducatis of this era, the cam belts need changing every two years and valve clearances checked at the same time, which will set you back over £500, so factor this into any purchase. On the plus side, however, as it’s such a pampered model, the chances of a 749R not having a complete service history are extremely rare while, on top of that, and despite its intentions, very few 749Rs were ever converted into race bikes – but always check a bike’s history just in case you have stumbled over an ex-racer.

Ducati Coventry via JHP Racing – http://www.ducaticoventry.com – campaigned a 749R in the British Supersport Championship from 2004 until 2006, taking several race wins, and are the UK experts in the model. 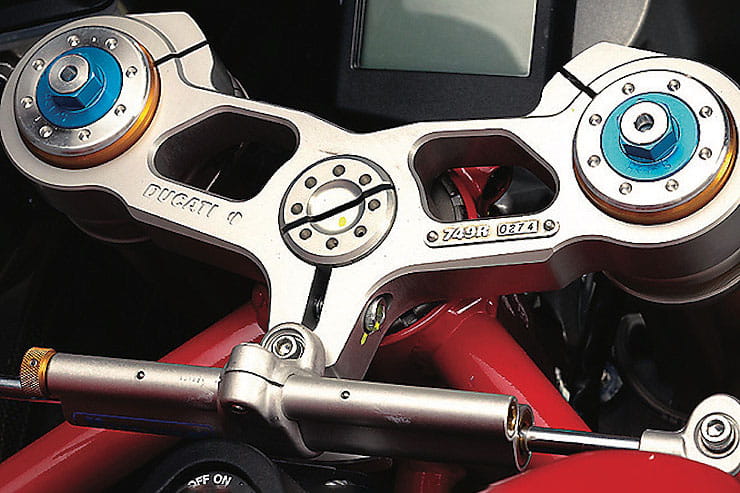 The R is a higher performance, higher revving version of an already performance V-twin and is likely to be ridden hard, too, so no owner should be expecting much by way of fuel economy. That said, the 749R is no worse than the larger, lower-revving 999R and, with reasonable care, on average we’d expected fuel consumption around the 40mpg mark. However, that, combined with the R’s larger fuel tank (18.3litres compared to the stock 749’s 15.5 litres to ensure race versions lasted a full race distance as non-production tanks weren’t allowed under WSS regulations) actually gives a half-decent theoretical range of around 160miles.

This the 749R’s strongest suit of all – and it’s fabulous, even by today’s standards. Simply, the 749R comes with everything: the signature Ducati trellis frame has a special swingarm that was identical in its construction to the 999 WSB bike’s unit. The steering head angle is adjustable, there’s top-notch Ohlins suspension front and rear and even the wheels are Marchesini lightweight items as the WSS rules dictated only OE wheels could be used by the race teams. 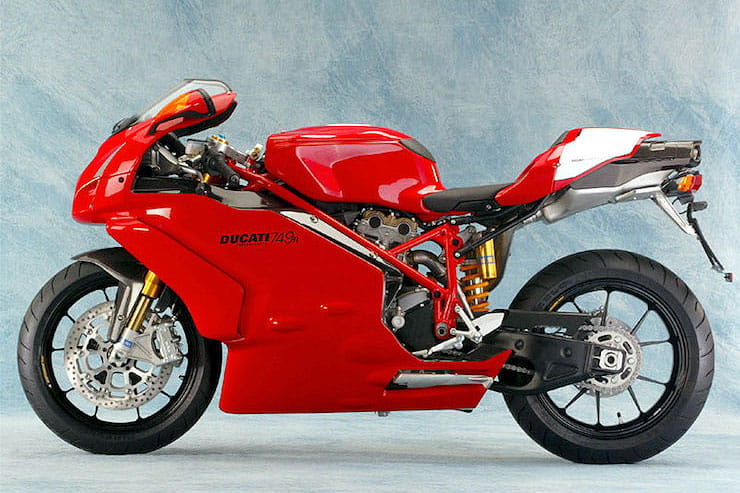 Like the rest of the chassis and suspension, the 749R comes with brakes that are nothing but the best for its era: top-spec Brembo four-pots which are also radially mounted (the S and base model had non-radial brakes) which offer superb braking feel and power, helped further by the R’s significantly lighter weight.

The Ducati 749R is about as single-minded and uncompromising as production sports bikes get so comfort and touring ability almost certainly won’t be a serious consideration of any prospective owner – and in all honesty nor should they be. The riding position is extreme; the fairing is more about aerodynamics than protection from the elements; there’s zero pillion provision; the mirrors are virtually useless, and most rides will be measured in laps rather than miles. If these things are important to you, you’re looking in the wrong place.

This is a pure homologation special racing machine with the only equipment considerations being to maximise performance and to qualify for road legality. It’s also a bike from the pre-rider electronics era so don’t expect any rider aids, TFT screens or suchlike.

The 749R was only built for three years with the only significant updates being the first production run coming with a fully carbon fairing, which was downgraded to plastic on later models to save cash, while the slipper clutch was also updated after owners complained about its odd feel.

As with any Ducati homologation special, originality is key and so avoid any examples with gaudy extras unless all the original parts are included in the deal. 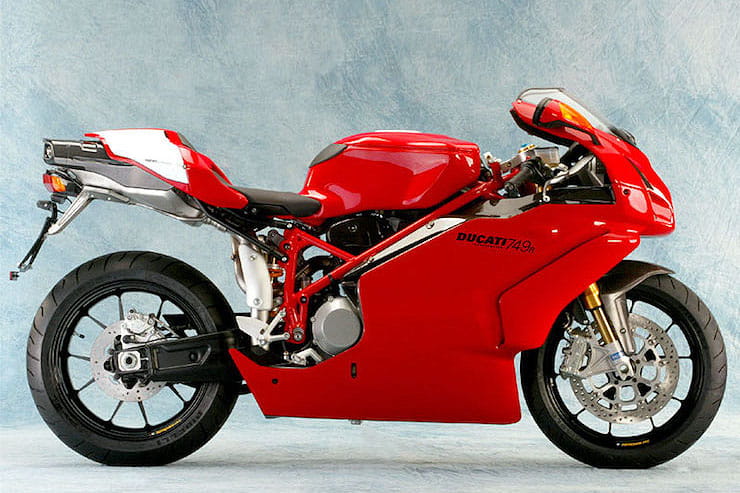 The 749R is a glorious bike to ride and arguably a better one to just stand and stare at. The level of engineering and technology that Ducati invested into this product is simply jaw dropping and it remains probably the most advanced homologation special ever to leave Bologna. It’s a moving work of art and while prices are high, they are only ever going to get higher. It’s an amazing bike in every single way but it’s also very single-minded, highly strung and doesn’t have much by way of practicality – so be warned.

Three things we love about the 749R…