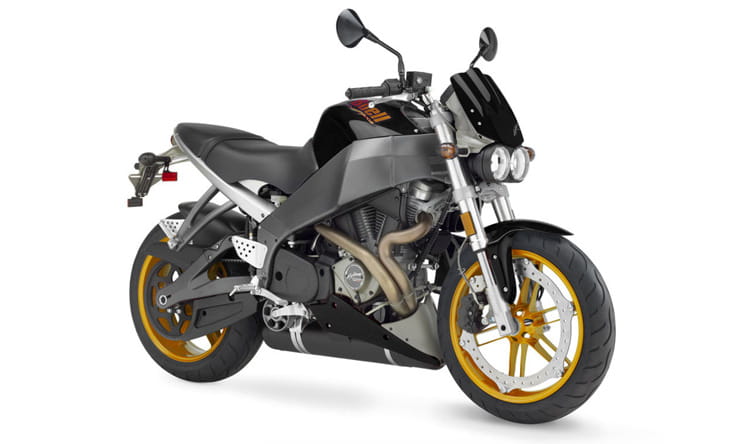 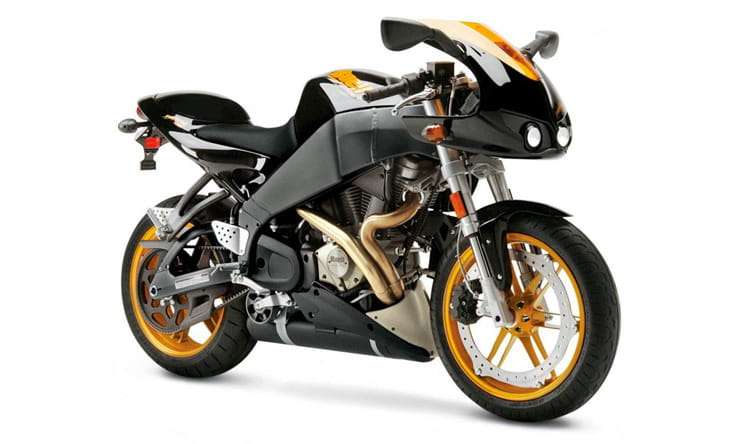 There is no denying the fact that Buells aren’t for everybody. If you like, and are reassured, by the reliability offered by Japanese bikes, then Buells aren’t for you. However if you enjoy the quirky charms that machines that are less than perfect deliver, you will almost certainly relish taking on a Buell XB model. And if you do, the larger capacity XB12 generations are the ones to go for.

Boasting a larger capacity 1203cc air-cooled V-twin than the XB9 Buells, the XB12s arrived a year later and were arguably the machines Buell should have made from the very start. Mimicking the same R Firebolt for the sporty variant, which added a small half fairing, and S Lightning for the naked one as the XB9 range, the XB12s are essentially identical in all ways bar the motor. Which is no bad thing at all.

Buells were always regarded as good handling bikes but the 984cc Sportster-derived engine in the XB9 didn’t allow its chassis’ full potential to be exploited, which is where the XB12 comes in. With an extra 6bhp and 14ftlb of torque, the XB12 has enough grunt to be enjoyable and means you don’t have to continuously stir the fairly terrible gearbox – which is a good thing. But a poor gearbox isn’t the only issue when it comes to Buell ownership…

Yes, Buell can be unreliable. Yes, parts are becoming hard to locate. Yes, they aren’t as refined as other machines, but that is all part of their charm. Owners accept their faults and instead of complaining they simply address them. A new belt tensioner, servicing by someone who really knows their stuff and a little bit of thought and Buells aren’t that unreliable. And you know what, when reliability is out of the question, they are simply fantastic fun bikes to own with bags of character and quirky charm. 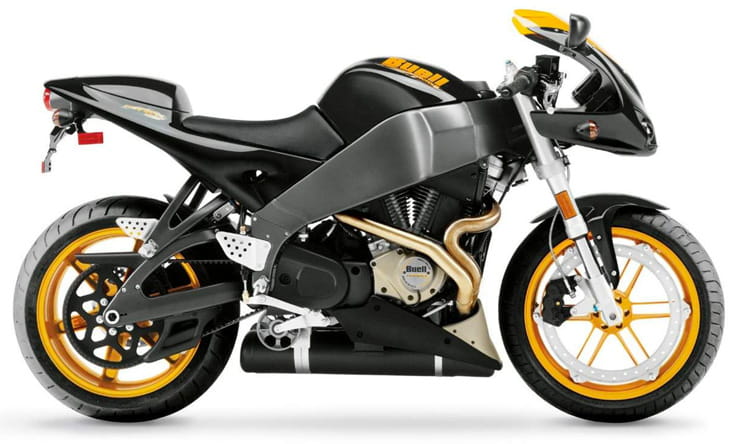 Reliability is never a good topic of conversation when it comes to Buell models and the XB range did suffer more than their fair share of gremlins. Most know about the drive belt snapping issues, but these are fairly easily cured by swapping the original Buell belt tensioner for an aftermarket one that automatically varies the tension. With this sorted, the next area of concern is the wheel bearings, which seem to be eaten with alarming regularity so always inspect them by wiggling the wheels and feeling for any play. Servicing can be a bit traumatic as getting to the XB’s engine is a right old pain, so a service history is helpful, and pre-2006 models suffer from weak oil pump drives, so get this replaced sooner rather than later. Crash damage is a major issue on Buells as the frame doubles up as the petrol tank, meaning that a dent in the frame (which is quite exposed on its upper edges) is likely to write the bike off. Be very wary of frame protectors and if they are fitted, check for signs of crash damage. An HPI check is also a very good idea to highlight any Cat-C or D write-offs. 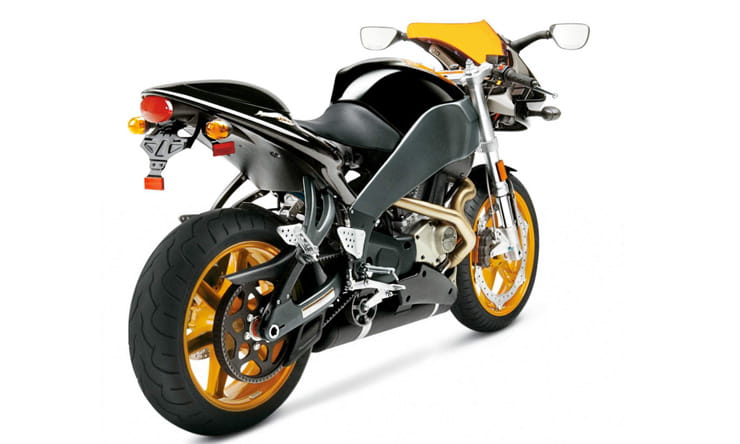 The XB12 models were built alongside the smaller 984cc capacity XB9 models and were released a year after the XB9R in 2003. They were joined in the range in 2005 by the ‘large frame’ variants such as the adventure bike XB12X Ulysses, which came with a bigger 16.6 litre frame (remember the tank is the frame) instead of the smaller 14-litre unit. There was also the funky looking 2004 XB9SX City-X and the flat-track styled 2007 XB12STT as well as the 2005 Lightning Long, which was identical to the naked bike but using the larger frame. 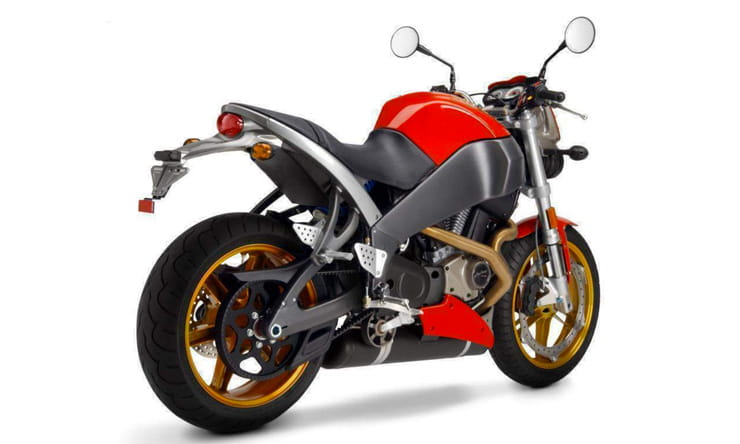 As with so many bikes, the once unpopular Buells have found a new lease of life and as such used examples hold their prices. You can pick up an early XB12R or S for in the region of £5000 from a dealer, however this does rise quite dramatically to nearer to £7000 for a later generation or one of the rare models such as the STT or Lightning Long. Private sales tend to be considerably cheaper, but you are taking a bit of a punt as there is no warranty. If you are on a budget, the XB9 models are less sought after than the XB12s, so you can save around £1000 if you sacrifice a bit of capacity.

The enthusiasts site www.ukbeg.com is your best source of information as most Harley dealers do their very best to avoid the brand. Ask who is recommended in your area as owning a Buell requires locating a specialist mechanic who knows them inside and out rather than just going to a local multi bike franchise.

Better call Maz - Maz Matsell runs The Emporium – Just Buells and is an independent Buell specialist. He can be contacted via Facebook and is the man to go to for sorting out the irritating niggles that can ruin the whole experience of owning a Buell. 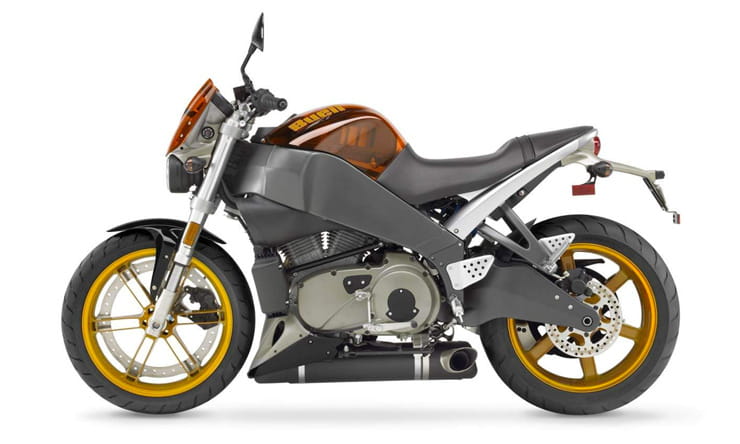