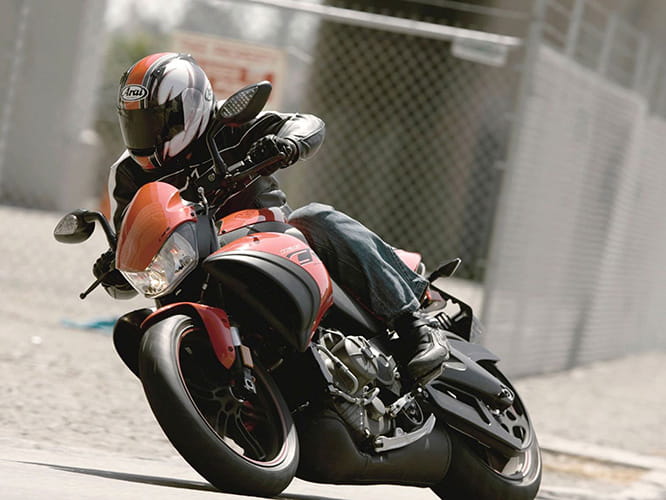 Buell finally came good with their last bike – a 146bhp, Rotax V-twin powered super naked. Unfortunately, it was too little, too late…

Arguably American firm Buell’s best ever bike – and also sadly its last. After a long reliance on tuned Harley-Davidson Sportster 1200 V-twin powerplants for its oddball but somehow effective sportsters and roadsters, there’s an irony to the fact that when Buell finally got its own bespoke powerplant it was when Harley actually owned the firm – and then soon after closed the whole thing down.

The roadster 1125CR and sister sportster 1125R were both launched in 2007/08 and, dynamically and performance-wise, were the best bikes the Erik Buell-founded US sportsbike firm ever produced. Powered by a Rotax-developed V-twin these were Buells that not just had the usual, quirky fuel-in- (twin spar) frame, rim-mounted disc, sprightly handling and oddball looks that had become Buell trademarks, but also, for the first time, the 146bhp performance to make them credible rivals for the best from Japan and Europe.

The ‘Cafe Racer’ CR was arguably the better of the two in being more closely competitive with its direct rivals. It was distinctive, fun, engaging and reasonable value. Unfortunately, however, both were blighted by being launched prematurely with a host of fuelling problems, although these were quickly fixed. Worse, when the credit crunch hit in the US one of the first consequences was Harley’s shock closure of the whole Buell concern in 2010.

That demise leaves the CR that rare entity in modern motorcycling: a bike with no manufacturer back-up. And the consequence of that is a degree of uncertainty compensated for by rock bottom prices. If you’re prepared to take the risk, the 1125 CR is quirky unique: a modern, fun packed, distinctive super naked… that happened to be American… 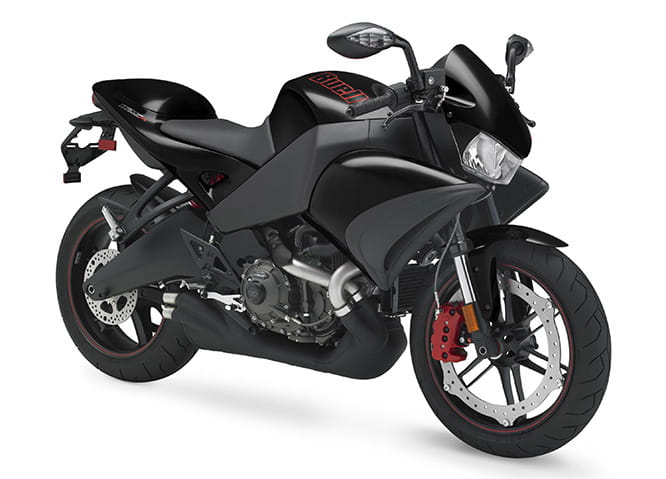 Luckily, most of the problems that arose with the early Rotax-powered Buells – overheating, poor fuelling and dismal economy – were resolved when Buell was still operational by the introduction of an all-new electronics package. Otherwise the CR (and R) have both proved to be reasonably reliable, which is probably just as well considering there’s no longer any dealer/manufacturer back-up. Instead you just need to watch out for the usual evidence of damage or poor maintenance. Damage-wise, inspect closely for scuffed bar ends and levers, scratched bodywork, dents to the unique, underslung exhaust and so on. Bear in mind that with any of this, spare parts are now very difficult to get hold of if not completely non-existent.

On the other hand, poor maintenance will also be given away by the usual suspects: corrosion to metal surfaces, particularly in exposed areas such as behind the front, poor cable or control operation due to a lack of lubrication and/or adjustment, or over-worn consumables such as brake pads. Thankfully, as the 1125CR has belt drive, any neglect of the drive chain doesn’t apply. 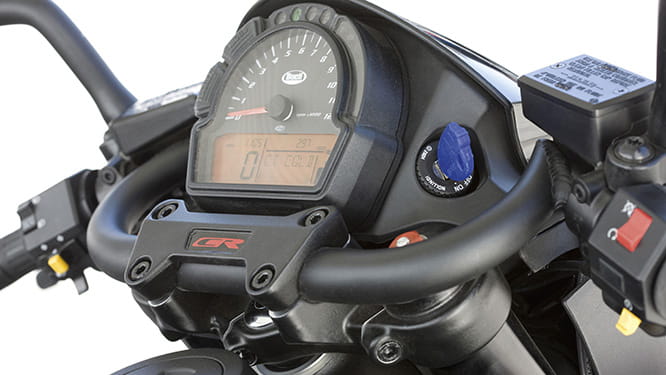 Apart from the original fixes to the R (which arrived before the CR and so its electronics modifications were applied to the CR before it went into production), none. And with Buell’s closure in October 2010 there was no opportunity for any after that, either. Shame.

There aren’t that many CRs around. It wasn’t on sale for as long as the R and its sales suffered following the problems with the earlier R. Prices did fall as low as £3500 when comparable rivals were more than £1000 more. Now, however, exclusivity means prices are on the rise. Expect to pay around £4000 for a good one. 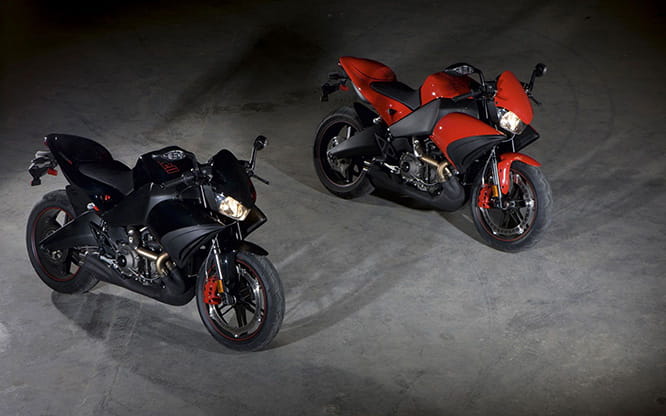